Guardians of the Galaxy Annual #1: Kids of the Black Hole

Guardians of the Galaxy Annual #1 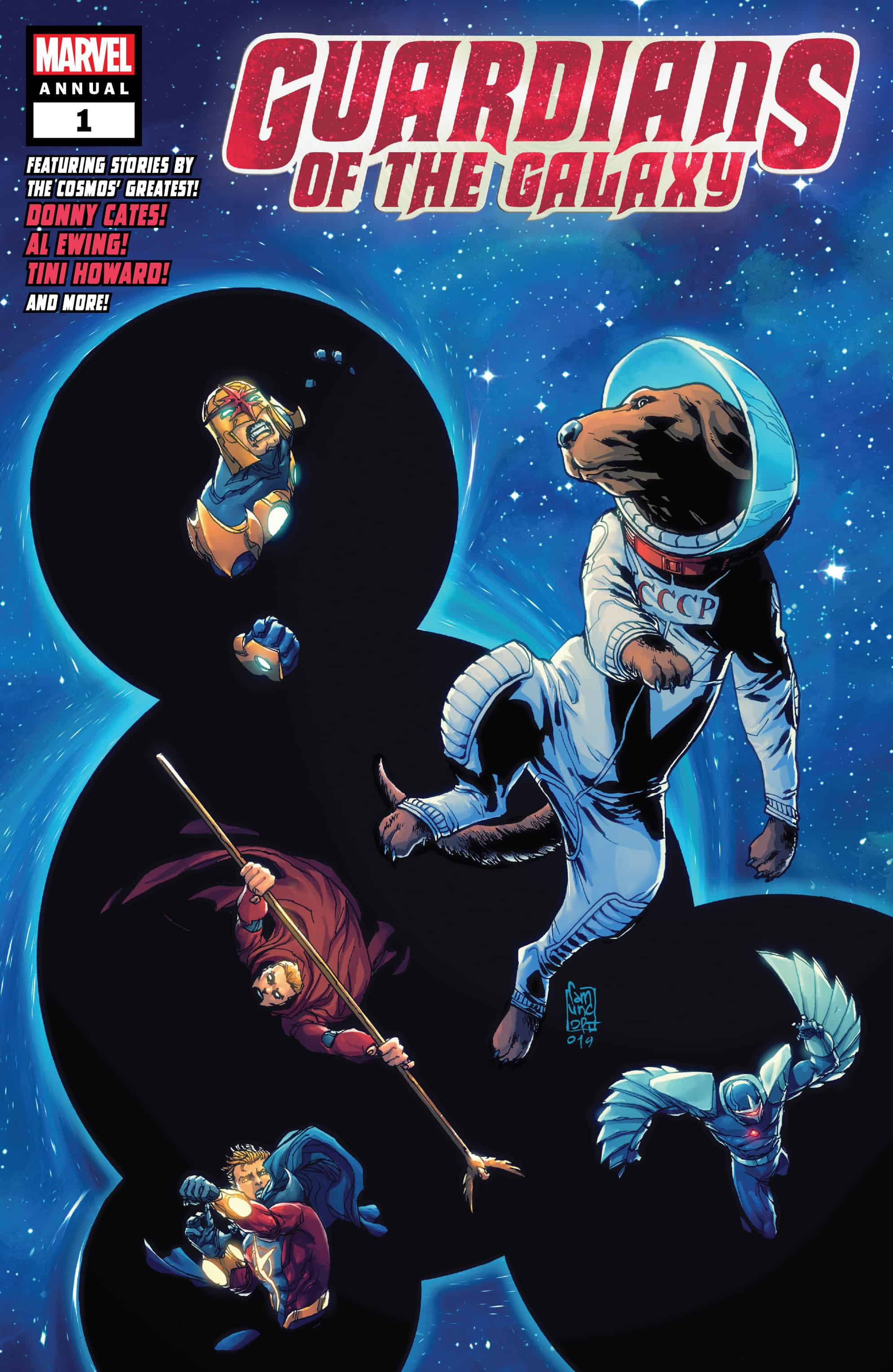 The Guardians of the Galaxy annual follows the victims of the Black Order's attack, which scattered them through space. Adam Warlock fights a space god, Richard Ryder has a drink with Quasar and Darkhawk has whatever the opposite of an out of body experience is. 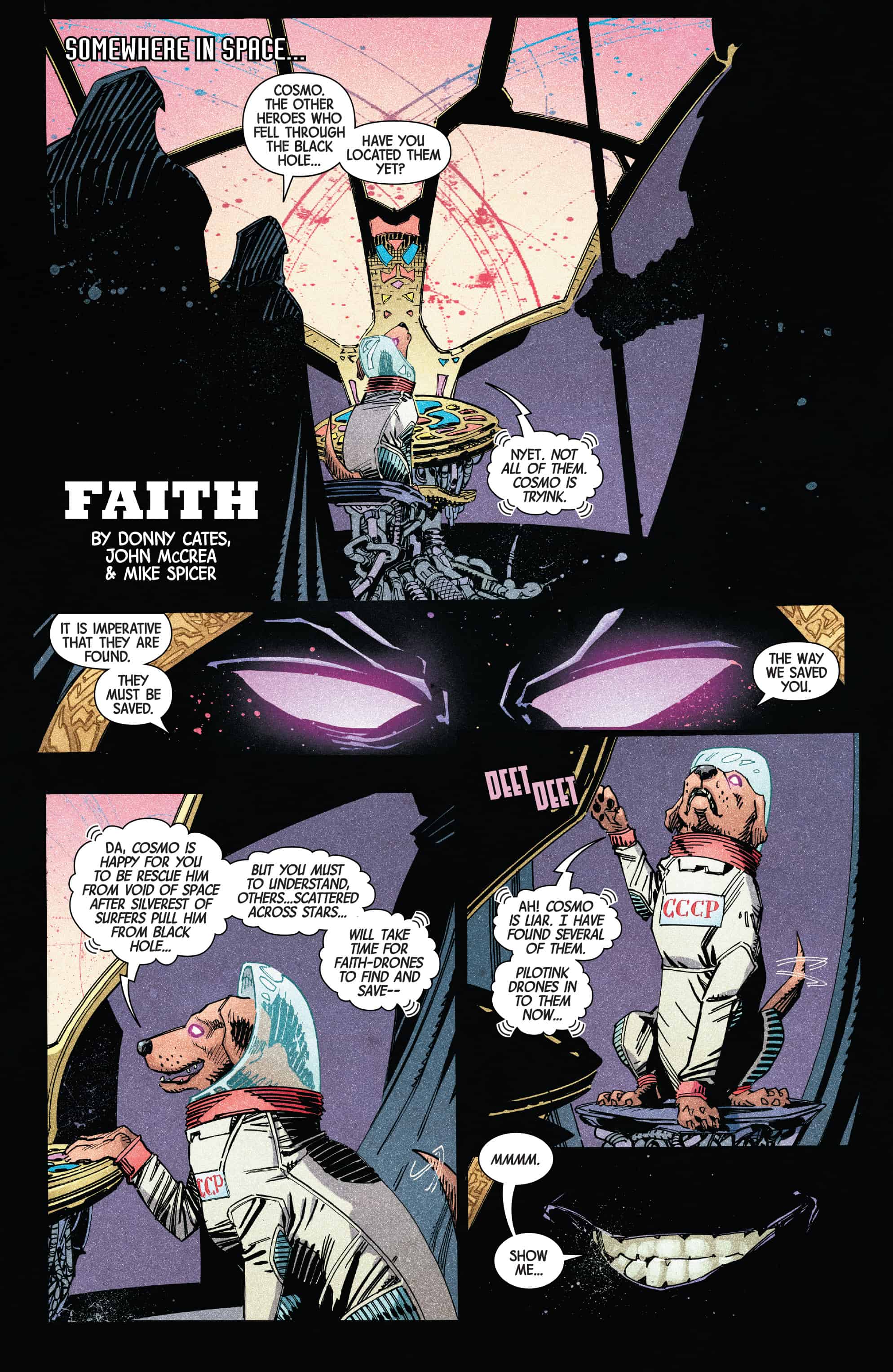 The issue is bookended by the classic anthology setup trope using Cosmo as narrator, goaded on by a mysterious voice who is revealed at the end. Although the voice’s owner doesn’t surprise me, it does set some interesting stuff up down the road.

Nova and Quasar sit down for a drink and swap stories. Ryder is a bit traumatized by a recent run in with some mafia Skrulls and a large scale galactic war appears to be on the horizon. Again the story builds towards an eventual goal and gives us a bit of insight into the overall tone of Cosmic Marvel at the moment. 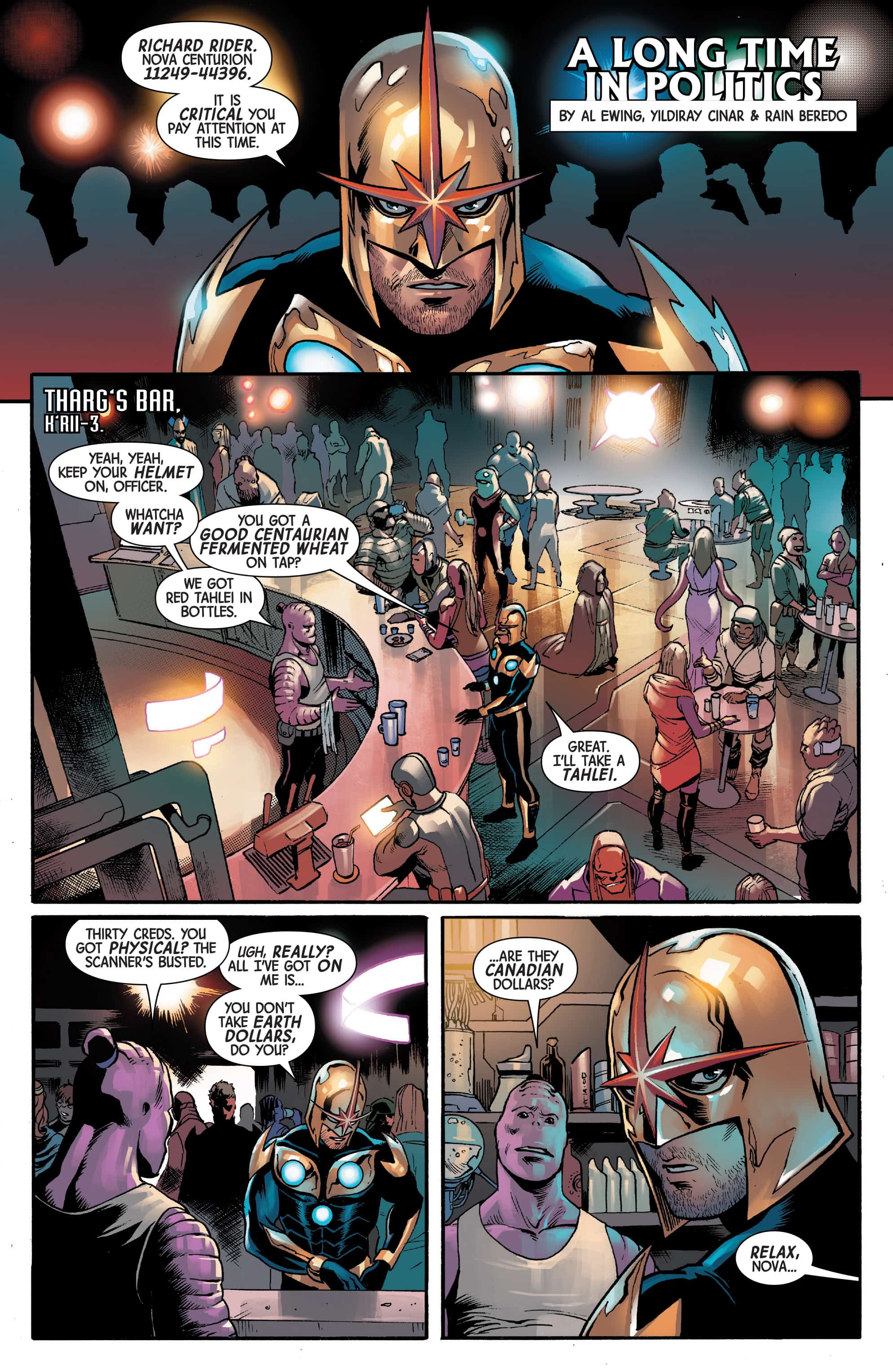 Adam Warlock careens into a less developed planet full of devotees to a celestial god. Not unlike paramecium (sp?) the inhabitants asexually reproduce by splitting into three. Adam flies up to investigate the gifts bestowed by this being and finds a horrible truth behind the benevolence. 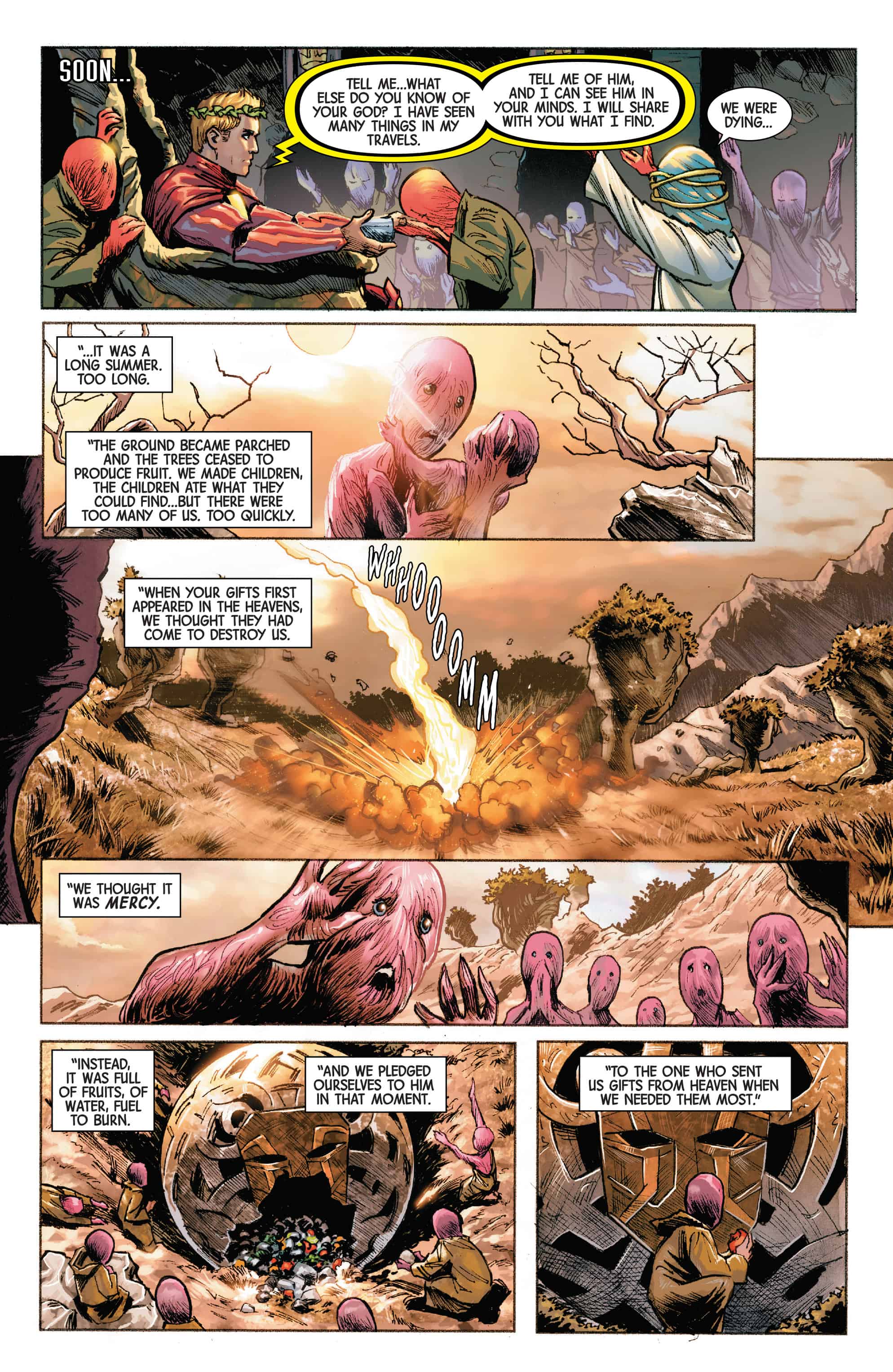 The final story finds Darkhawk being the only one who is actually physically effected by the trip through the black hole, with some very disturbing changes to his motif. I will say, if you were paying attention during the Nova story, it was mentioned that peace treaties had gone down yet here we have a Kree, a Skrull and a Shi’ar all working together which is pretty contradictory. 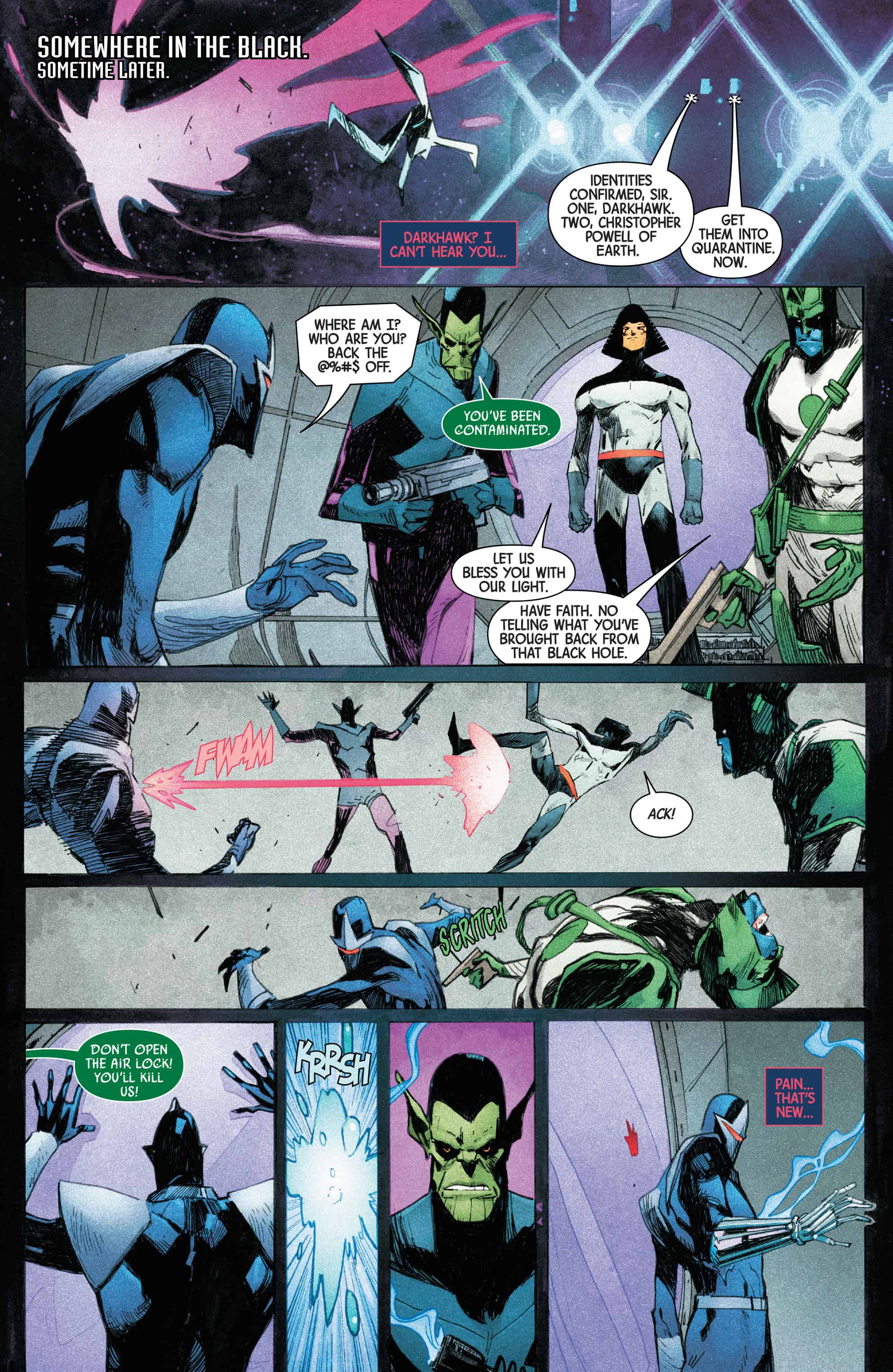 All in all, this is a decent enough annual in a classic kind of fashion. Adding standalone stories that operate within the context of the canon of the main series not unlike a Tales of the Green Lantern Corps. I thought the stories were fine, nothing mind blowing and some interesting developments for the larger universe that might come into play later in the series assuming this Thanos business is ever resolved.

The art is pretty good throughout although the Darkhawk story is a bit stylized, not necessarily in a bad way just a bit different than the average fare. 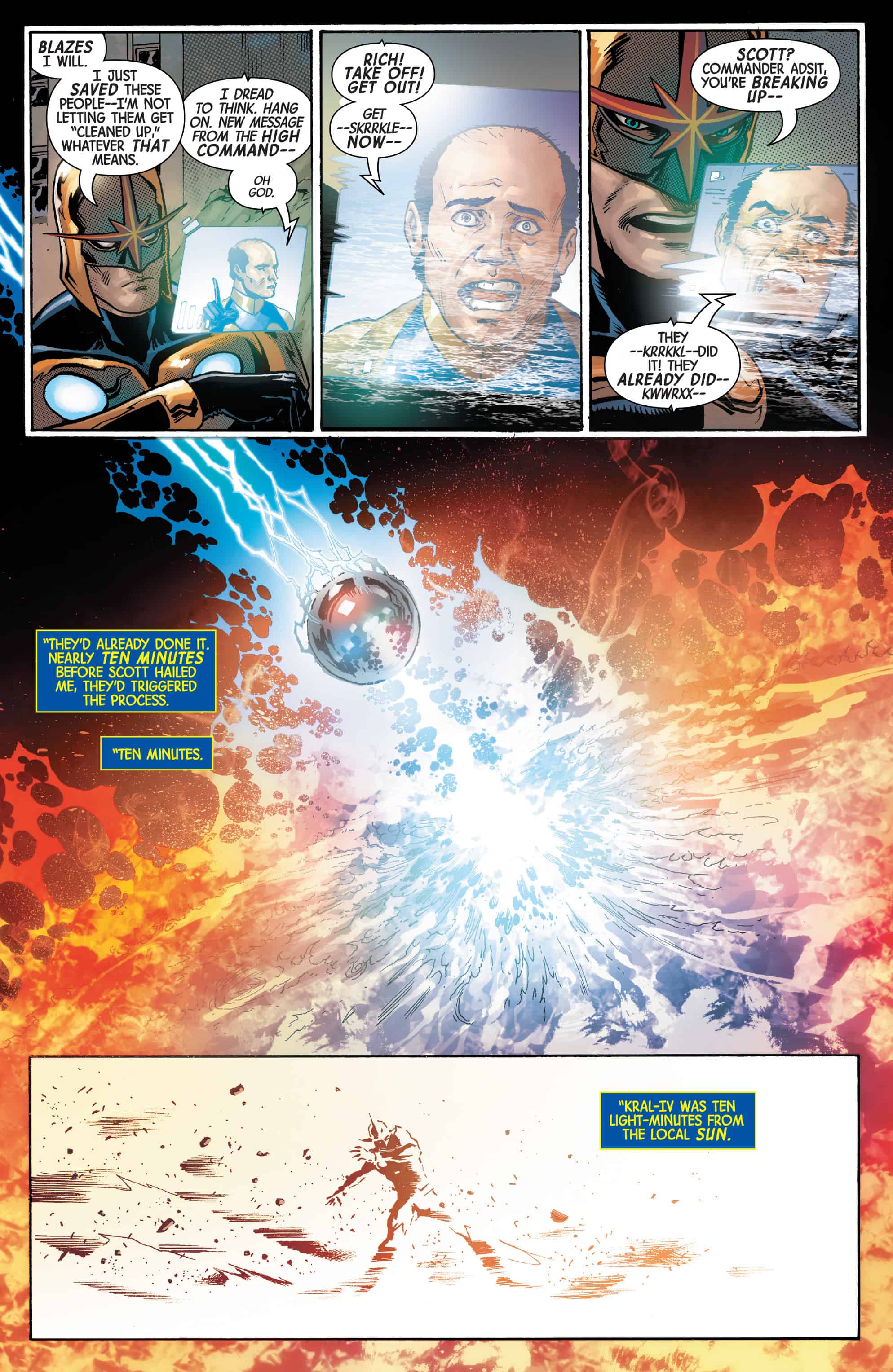 Worth a read if you like Cosmic Marvel, but not vital to the main GOTG series if you're not.

Guardians of the Galaxy Annual #1: Kids of the Black Hole