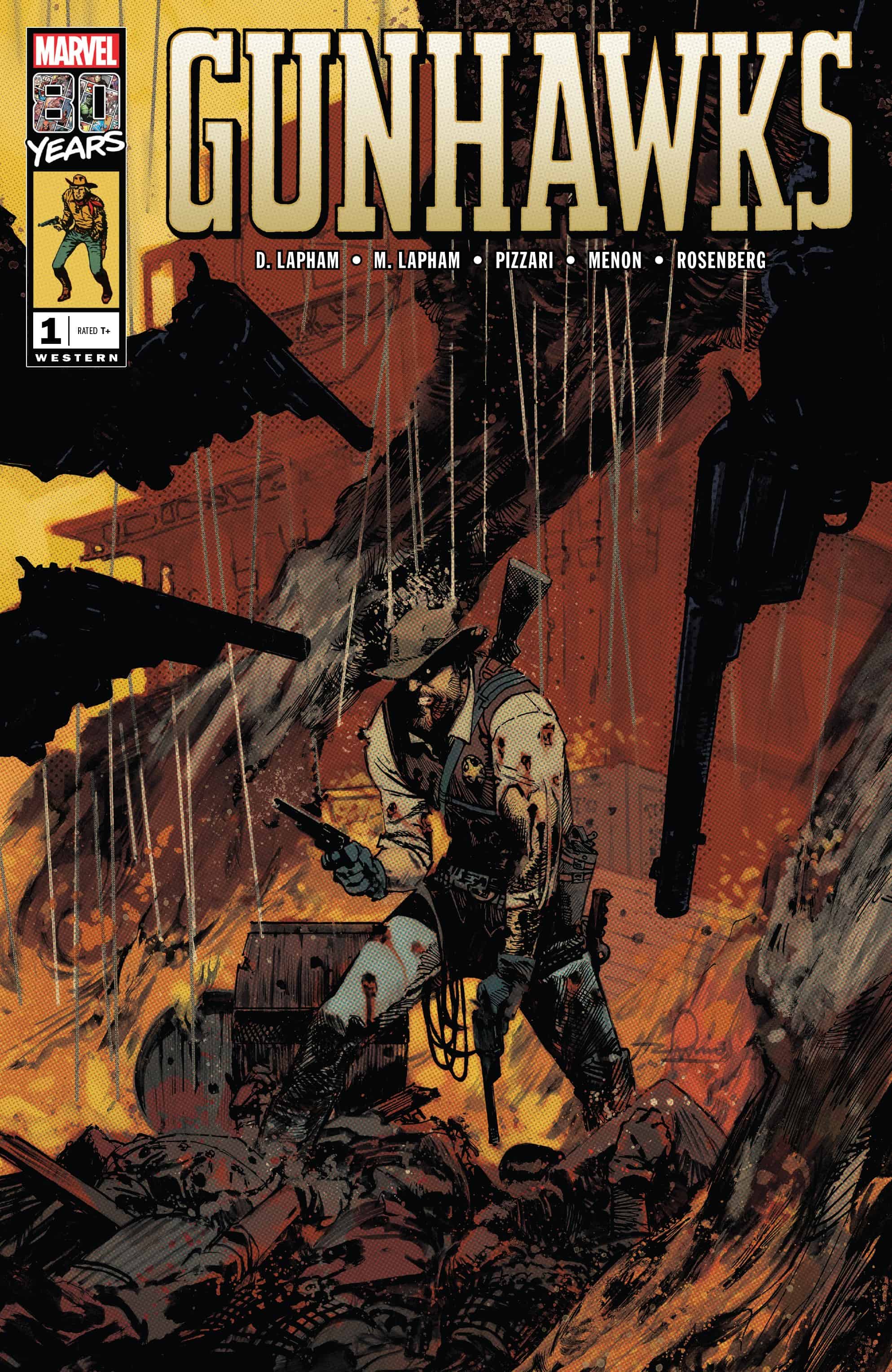 In the Arizona town of Clearwater, 1914, one man is the law: Sheriff Dean Donnelly, former soldier-for-hire in the Mexican Civil War. He's a man who has brought peace to his town, even as it strives to modernize and grow just two years removed from statehood. 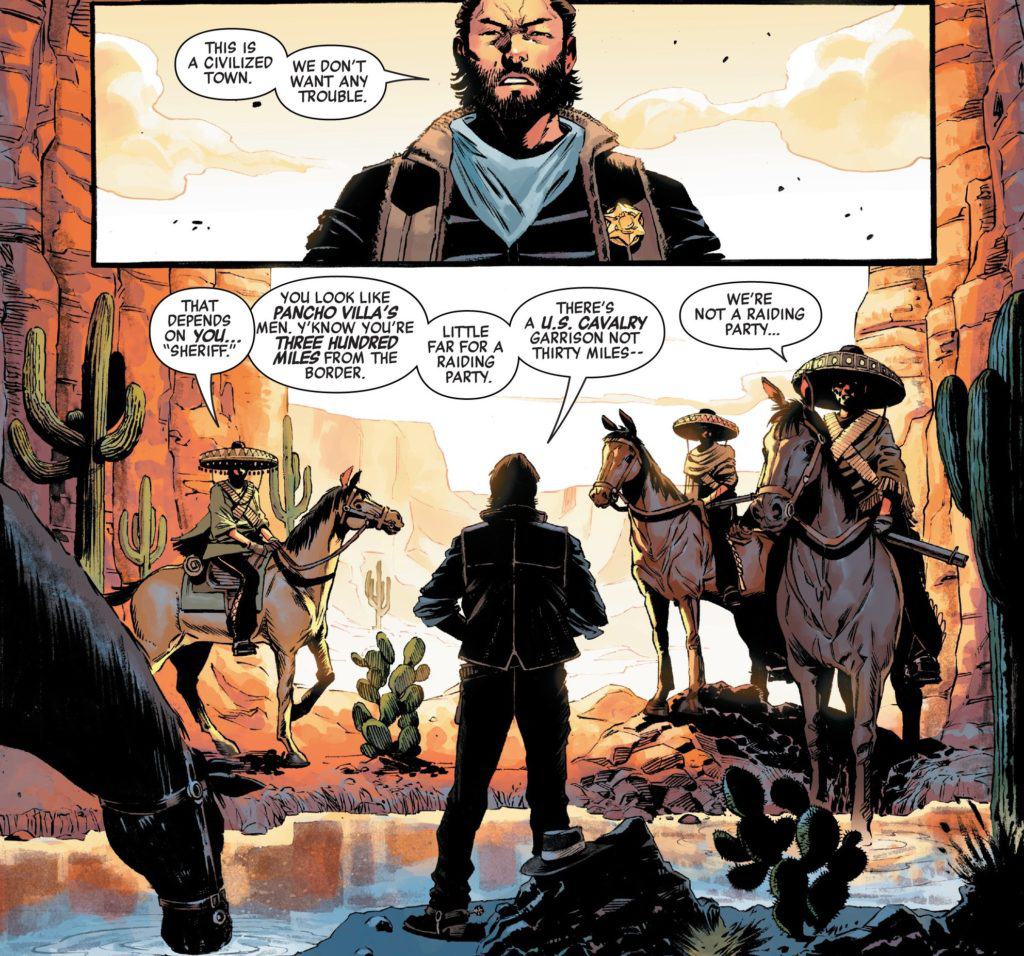 But the ghosts of the past have an inexorable pull, and Donnelly can only outrun his past for so long...

Gunhawks, Marvel’s latest entry into this year’s 80th anniversary one-shot specials that honor some of its genres from the past, isn’t a comic that’s interested in telling a deep, introspective tale. It’s about honoring the Western genre, tropes and all – and has a great time doing it. 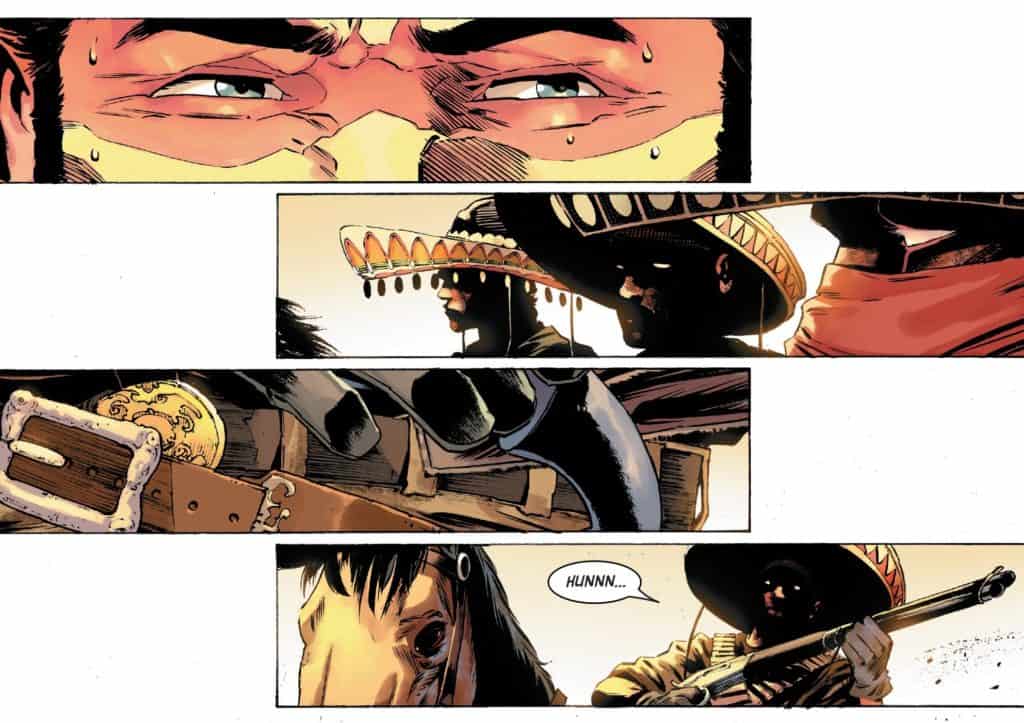 The Great American Western isn’t a genre that’s particularly nuanced, with rare exceptions (ahem, Unforgiven) . It’s generally about good guys versus bad guys, and that’s exactly what we get here. Sheriff Donnelly did some bad things as a soldier, and has been making reparations by doing good things as a sheriff. Donnelly’s past eventually catches up with him, and threatens not just his town but his wife.

What makes Gunhawks work is writers David and Maria Lapham’s commitment to the genre. There’s no sly winks, no misplaced references to John Wayne or whoever, no modern zeitgeist being forced into the proceedings. There’s just A Western. The Laphams aren’t trying to reinvent the wheel because they’re smart enough to realize they don’t need to. There’s something basic and elementally fulfilling about a straightforward good versus bad yarn when done right – there are bad people in the world, and good guys have to stand up to them. End of story.

The art team of Luca Pizzara, Neeraj Menon, and Rachelle Rosenberg add exactly the right tone to the story. The colorists, in particular, do a wonderful job of catching the dirty yet gorgeous shades of the American West, producing page after page of beautiful art. 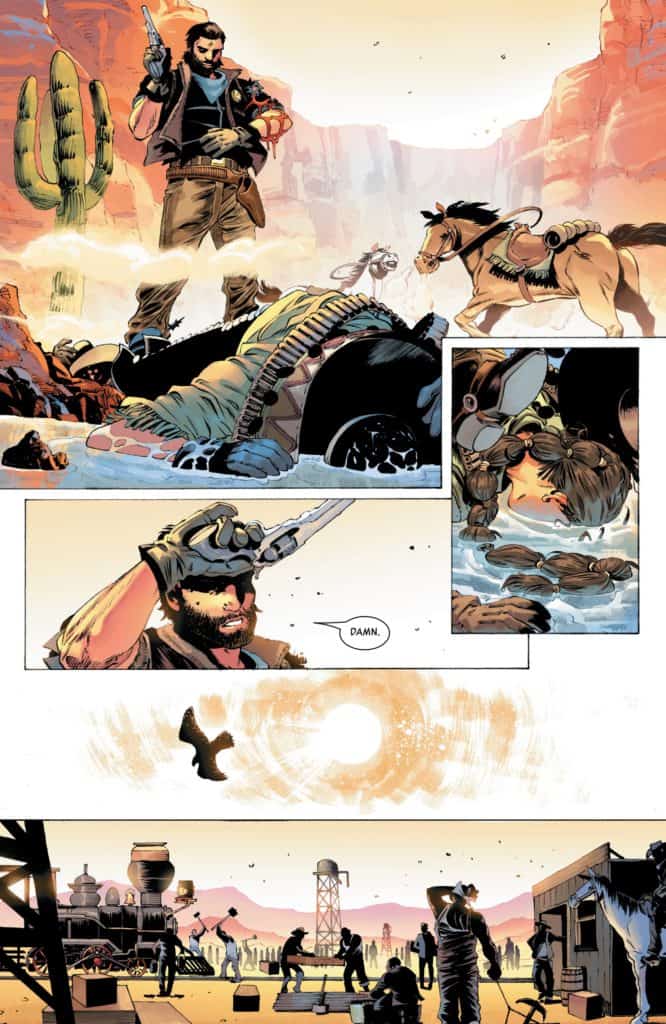 It might be tempting for some to read this story and say that casting a gang of marauding, vengeance-seeking Mexicans as the villains might be impolitic in 2019, but to do so would be to miss the point. That the villains are from Mexico isn’t the issue – it’s that they represent the wrongs Donnelly committed in the past that is. I personally think it’s an inspired choice to use the Mexican Civil War as an inflection point instead of something more well-known; it’s a bit of history that isn’t really explored in American popular culture.

Gunhawks may not break any new ground, but it isn't trying to. Instead it's a deft homage to the Western genre and that chapter in Marvel's publishing history, and as such it works wonderfully. If you're looking for something different, David "Stray Bullets" Lapham - a modern master of the one-and-done format - along with the rest of the creative team have crafted an extremely fun treat.