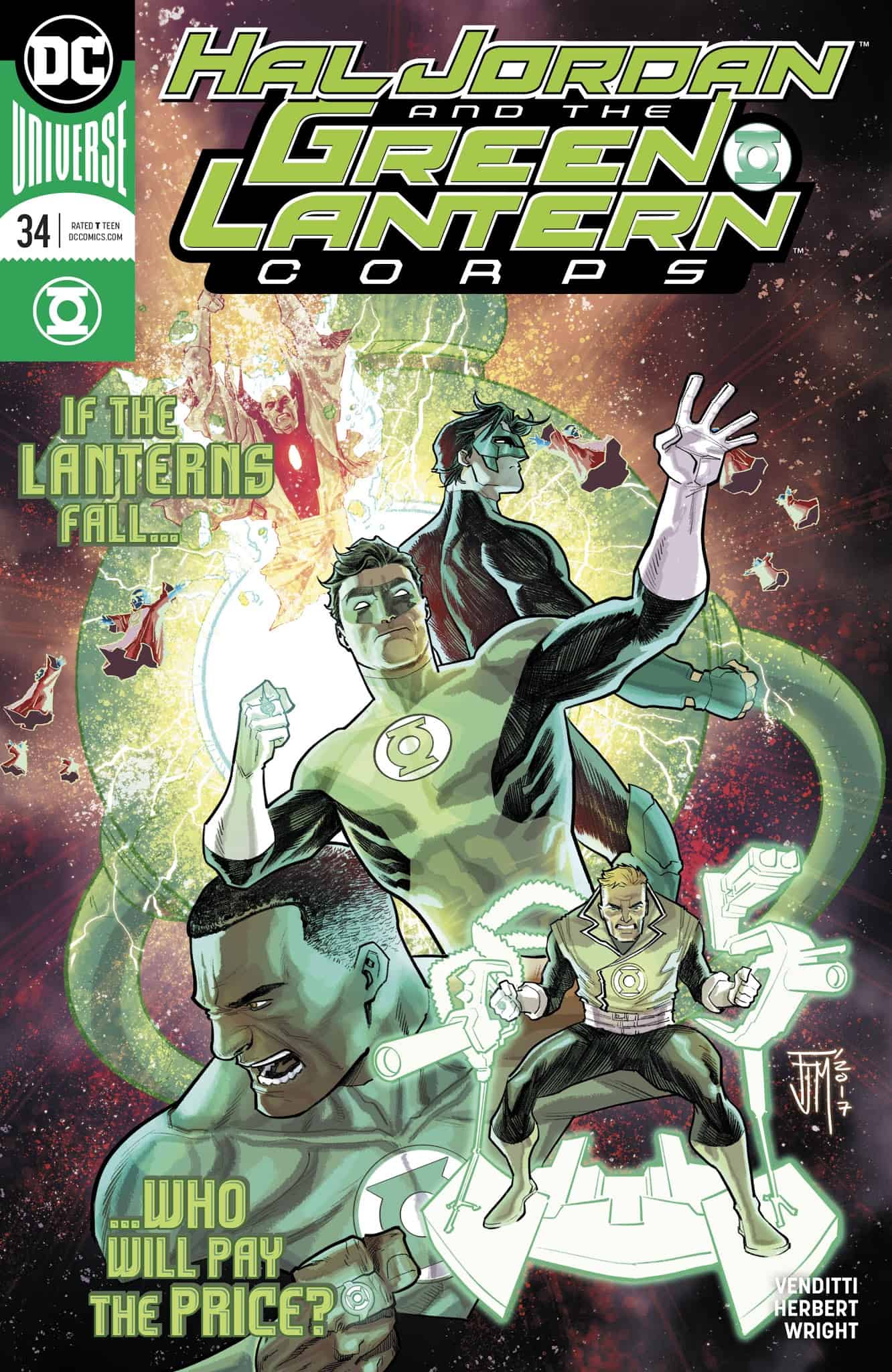 Hal Jordan and the Green Lantern corps are an intergalactic police force dedicated to preserving peace in the galaxy. They, guided by the Guardians of the Universe, wield one of the most powerful weapons in the universe in the name of order.

The Sinestro Corps is gone, The White Lantern is lost, alliances have failed, but all is not lost, the Guardians have returned and the Lanterns are home. The corps has begun to move past Tomar-Tu’s betrayal, but a new threat has appeared and the Guardians have been kidnapped with no clues, it’s up to the corps to find their leaders before it’s too late!


What You’ll Find Out:

The Lantern Honor Guard (John Stewart, Hal Jordan, Guy Gardner and Kyle Rayner) are questioning Somar-le about the kidnapping of the guardians, as she is the only Witness. She says that she’s not quite sure how to describe them and the lanterns aren’t very understanding, Kyle chides the group for talking to a kid that way and sits down with Somar-le, he asks her if she likes to draw, and tells her that her ring is the greatest drawing implement in the universe, she just has to imagine how the kidnappers looked so the Lanterns can find them. She creates giant constructs of The Controllers and the Lanterns recognize them instantly. 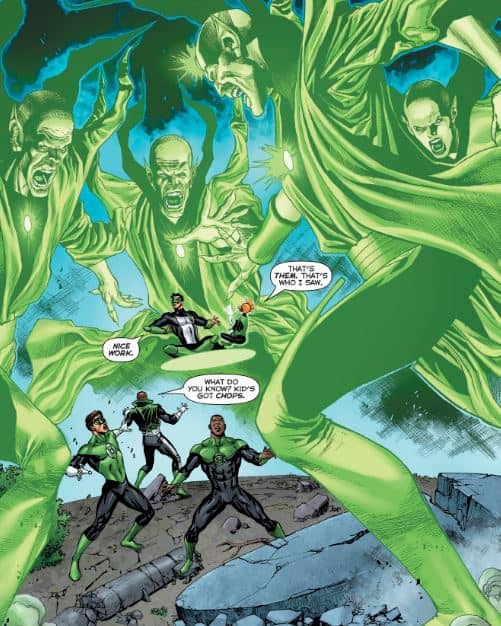 We cut away to The Controllers, Ganthet has woken up in shackles, The head of The Controllers, Kellic, explains to Ganthet that he had to bring the Guardians together with the controllers to accomplish his goals, they share a common ancestry and although the species split into two they are still genetically compatible, they are still Maltusians. 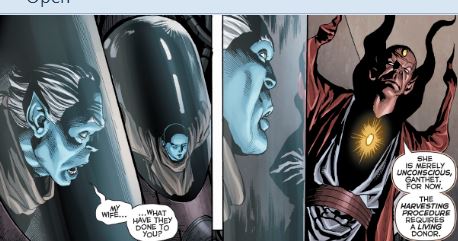 Meanwhile, the lanterns are forming a plan, they know the Guardians are alive as the controllers would have left them there to taunt the lanterns if they had killed them. The reason that the technology required to keep a guardian captive is not easy to obtain so the first step is finding out who supplied then the tech. The Lanterns spread out through the Galaxy looking for answers in their own unique ways.

They all get the answers they want and meet back at Mogo to share their findings. They discuss a plan and each Lantern volunteers to go, John Stewart says they will all go. The Lanterns are on the hunt! 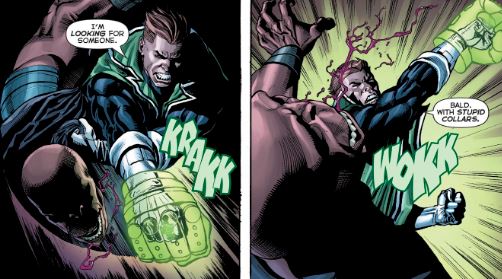 For the rest of the story go to your local comic store, the ending is not to be missed! 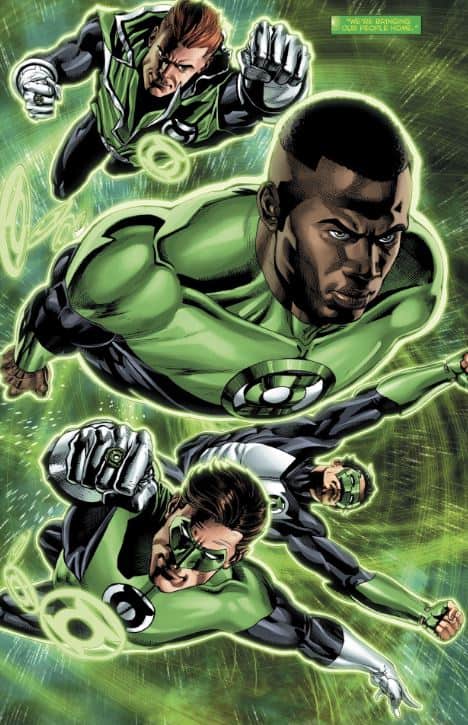 My goodness, I love this issue from the moment Kyle had with Somar-Le to the lanterns storming various bars across the Galaxy gathering information I really loved the way it’s simultaneously showed all three of them going about things their own way. The end of this book was a little bit shocking and I left it for the reader to discover on their own it didn’t seem fair to spoil it. This is one of my top 3 favorite DC series right now and this issue did not disappoint whatsoever. The thing I love most of this issue is that it is just ground level police work on a cosmic level which is where the Green Lantern books really shine, as awesome as it is for them to fight New Gods or evacuate planets, it’s really nice to see them just doing some good old-fashioned police work.

I admit when this book changed art teams about 15 issues back I was a little worried, those worries have since been completely proven unfounded, the art in this book has been Stellar since issue 1, the depiction of multiple alien races is not an easy one and Jack Herbert nails it on all counts!

Whenever anyone asks where to start with rebirth I almost always say Hal Jordan and the Green Lantern Corps, this issue is a continuation of that excellence, nearly perfect in my opinion.