A StormBringer on the Horizon (Harbinger Renegade #0 Comic Review) 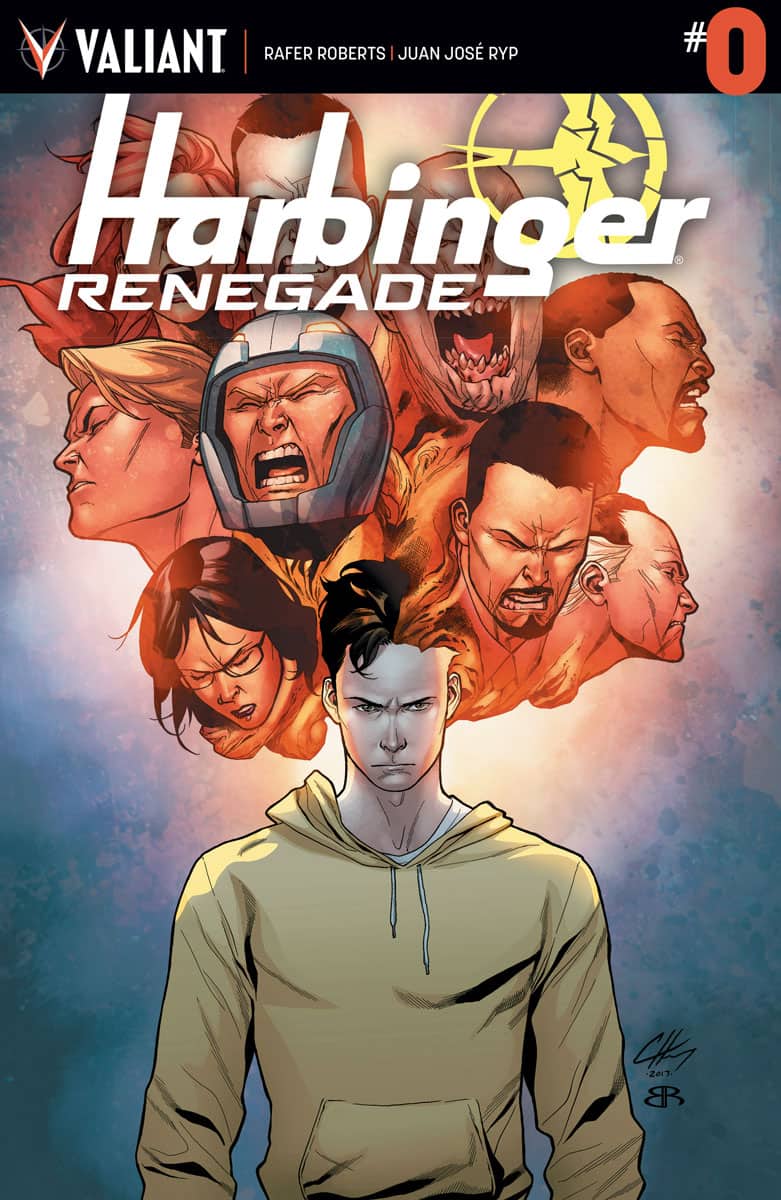 Out of the ashes of “MASSACRE,” Valiant’s essential prelude to HARBINGER WARS 2, the seismic 2018 crossover event at the epicenter of the Valiant Universe!  Harada’s most terrifying secret, the Alpha, is about to be unleashed….

HARBINGER WARS 2 is coming! Valiant is setting up 2018’s biggest comic crossover event with this prelude issue, HARBINGER RENEGADE #0. The masterfully chosen team consisting of writer Rafer Roberts and artist Juan Jose Ryp bring the reader a nonstop action-packed and visually mesmerizing preview of what’s in store for Valiant fans! HARBINGER RENEGADE #0 sets up future stories while also introducing new elements that will rock the foundations of the Valiant Universe. 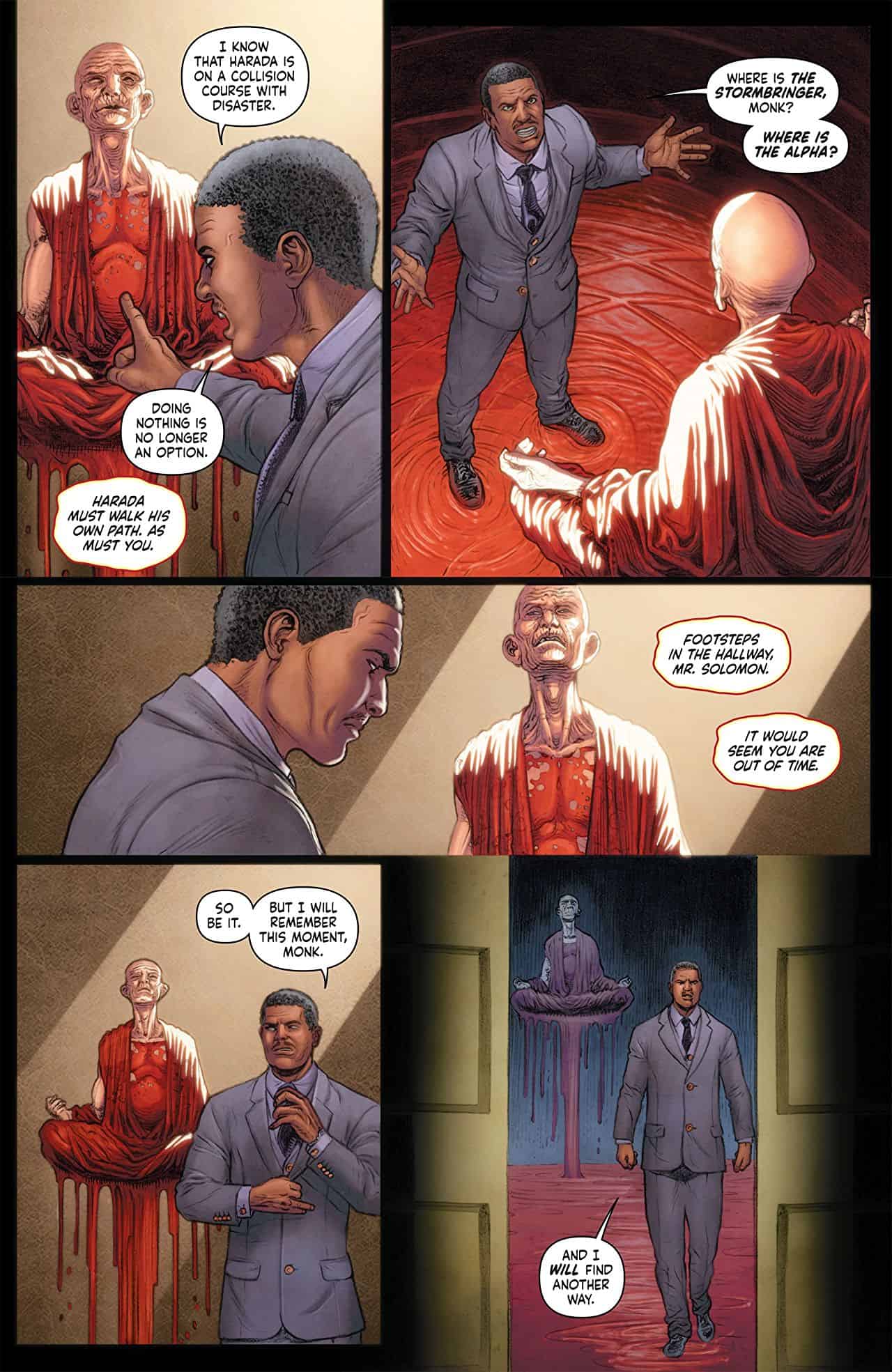 Beneath the wreckage of the Harbinger Foundation, there is a secret that even Toyo Harada has grown to fear.  A secret simply known as the Alpha, and Alexander Solomon is using OMEN’s very own H.A.R.D. Corp. to set it free.  OMEN’s H.A.R.D. CORPS charged with locating and capturing psiots, people who possess the potential for great abilities, think they have they have found the location of the elusive Alexander Solomon; a man with the ability to see the future, thus very hard to capture.  As they prepare to launch an attack on what they think to be his secret underground bunker, they are in for a big surprise.  Much like a clip from a Mission Impossible movie, we see the group of enhanced soldiers briefed on their mission, and they are determined to bring in Solomon, one way or another. After being dropped in and entering an ancient looking pyramid-like complex, things quickly become uncertain and treacherous, leaving the team wondering what’s in store!  Shortly, after making their way through this labyrinth, the team encounters a group of monk-like beings that exhibit ghoulish zombie-like qualities including pisot-abilities and these monkish ghouls launch on the soldiers with no abandon, attacking as soon as they have the opportunity.  Luckily, these are no ordinary soldiers, each enhanced with neurological implants that allow them to access psiot abilities, they battle through these monstrosities to the innermost sanctum where they are expecting to find Solomon, it too guarded by more of these bizarre creatures, but nothing a few explosives can’t handle! 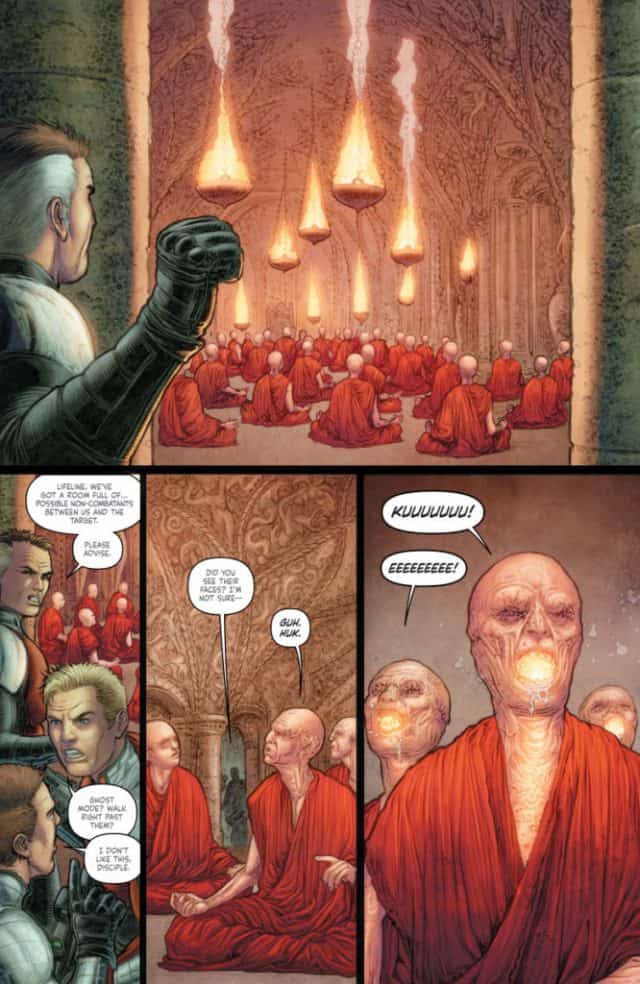 With most of these creatures dispatched of; the soldiers prepare to storm the room where Solomon is supposedly holed up.  As the final approach is made, not sure what to expect, this get-in and get-out with Solomon plan begin to unravel even further.  Comms go down, the soldiers, led by Major Palmer, include Gunslinger, Flatline, Disciple, Surfer, Rascal, and Eastwood know they are in over their heads, yet remain determined to complete the mission at hand.   Using their enhanced abilities, they enter the inner sanctum, [surprise!], no Solomon, but a Skeletal looking creature of unknown origin and obviously extremely powerful welcomes Palmer and friends to what soon becomes a bloodbath.  Rascal and other members of the group are immediately under its influence, as it sucks what looks to be the life out of some, turning others, and using them to massacre their comrades!  This is the Alpha, aka the Stormbringer, and he unleashes unholy hell upon the H.A.R.D. Corp soldiers as well as extinguishing the ghoulish monks, obliterating them with a thought.  Knowing escape may be futile, the soldiers not under the Alpha’s control, make a mad dash for the exit.  Few escape intact, while others are left under their new master’s control. 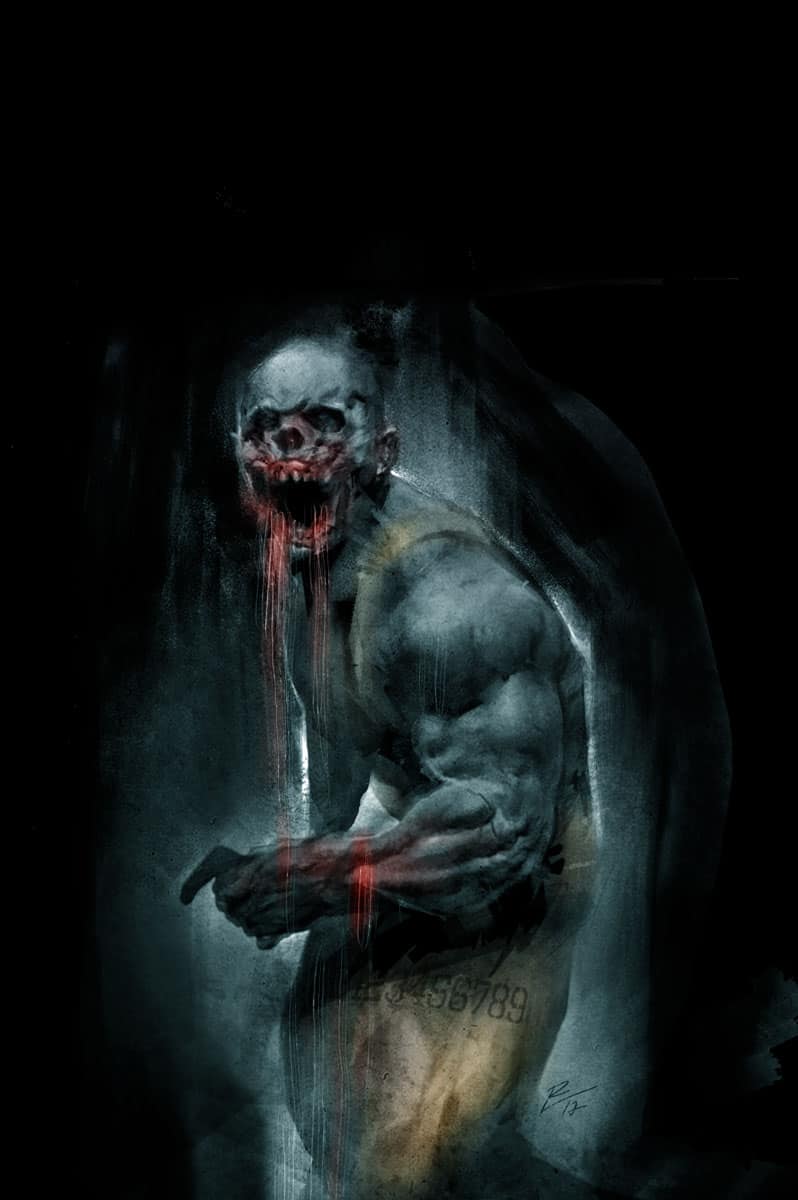 We then see Alexander Solomon, his response, “OMEN AND H.A.R.D. CORPS ARE WEAKENED.  THE ALPHA IS FREE.  SOON, THE WORLD WILL ERUPT INTO CHAOS.  AND AFTER…THERE WILL BE PEACE AT LAST.”

The beginning of HARBINGER WARS II!   It was set up much like an action movie, with a horrifying twist, the StormBringer!  Alexander Solomon eluding H.A.R.D. Corps is no big surprise, but the introduction of the Alpha, the way in which he laid waste to the ghoulish monks as well as the seasoned soldiers of H.A.R.D. Corp, is just a taste of what readers can expect in future Harbinger Renegade issues and other Valiant titles as HARBINGER WARS II is going to be one of the biggest crossover events in 2018! 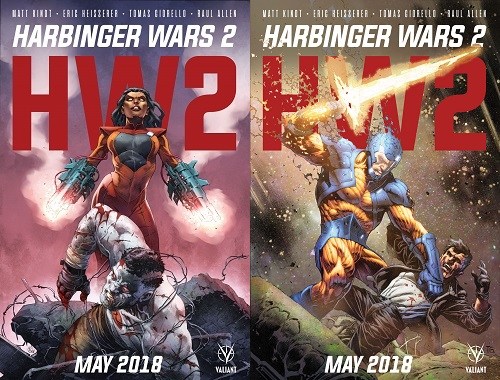 Rating:  9/10
Final Thought: As the prelude issue to what will be HARBINGER WARS II, Valiant aims high and hits the mark dead on!  The Alpha, or Stormbringer, is now free, and as Solomon has alluded, chaos is about to engulf the entire Valiant Universe.  Roberts’ writing combined with Ryp’s artistic talents are the perfect combo to bring us this action-packed story of the Stormbringer’s return.  The foreshadowing of whats to come and the mysteries regarding this Stormbringer character leave me anxiously awaiting the next installment!  There is no doubt going to be more casualties, and if the action in this issue is a taste of what we can expect, HARBINGER WARS 2 is going to be explosive!