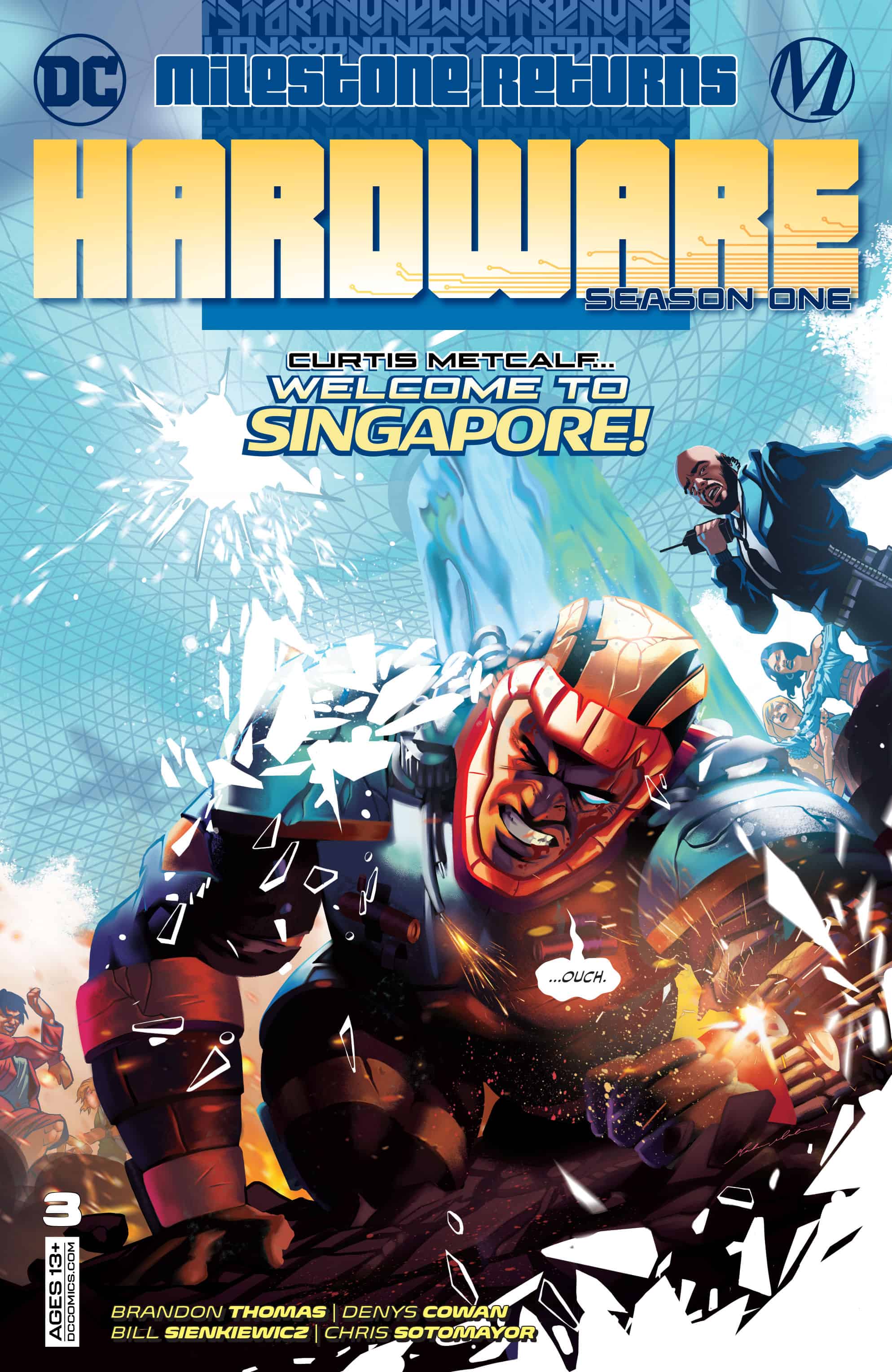 With no safety left for him in Dakota, Curtis Metcalf goes on the lam as he tries to elude the various forces after him. With his tech as limited as his time, can a figure from his past help him see a better future?

Sometimes a story needs to slow down just a bit. 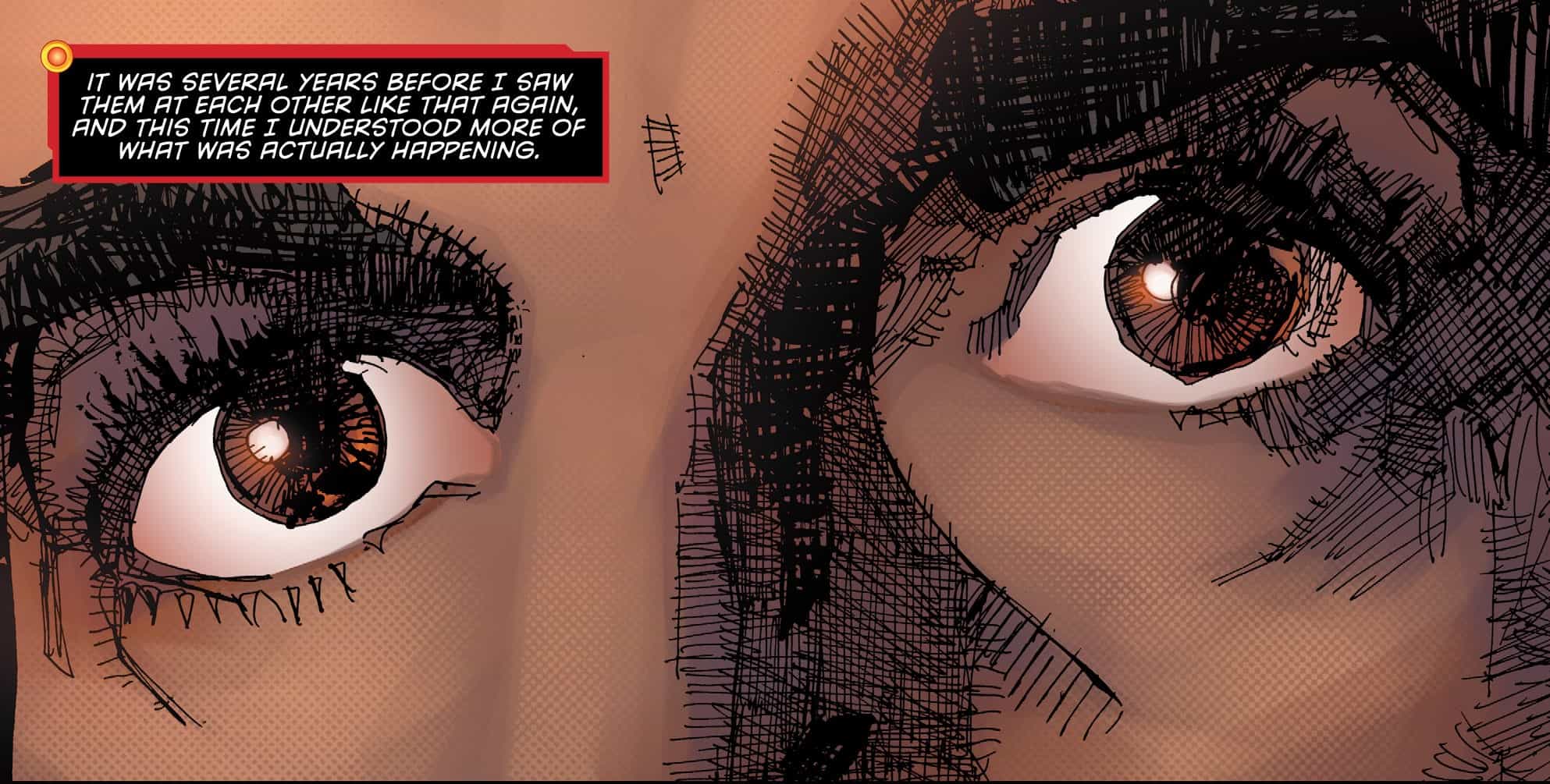 The first and second issues of this series showcased just how much of a powerhouse Curtis Metcalf can be when he’s backed up against a wall. It’s one of the many things that the series has done well so far, but this issue puts the action in the back seat and instead focuses on Curtis using his intellect to avoid Edwin Alva and everyone chasing after him. Moving between countries like Brazil and Ethiopia, Curtis uses his blackness to his advantage by trying to not draw attention to himself before he can lose his tails and continue fixing his suit for the battles to come.

One of the things that Brandon Thomas has done well so far is juxtapose Metcalf’s intellectual side against his raw force and combat skills. This creates an interesting game of cat and mouse where Curtis and Alva are constantly trying to outpace one another with mind games. This leads to the many flashback scenes we see through the story, which oftentimes serve as the framing device for these issues. This one in particular focuses on an old friendship between Alva and a man by the name of Asher Sim, who was also betrayed by Alva. With the villain sending various private security forces after Curtis, he seeks Sim’s help, having met the man when he was much younger, but not understanding why he and Alva had such animosity for each other. 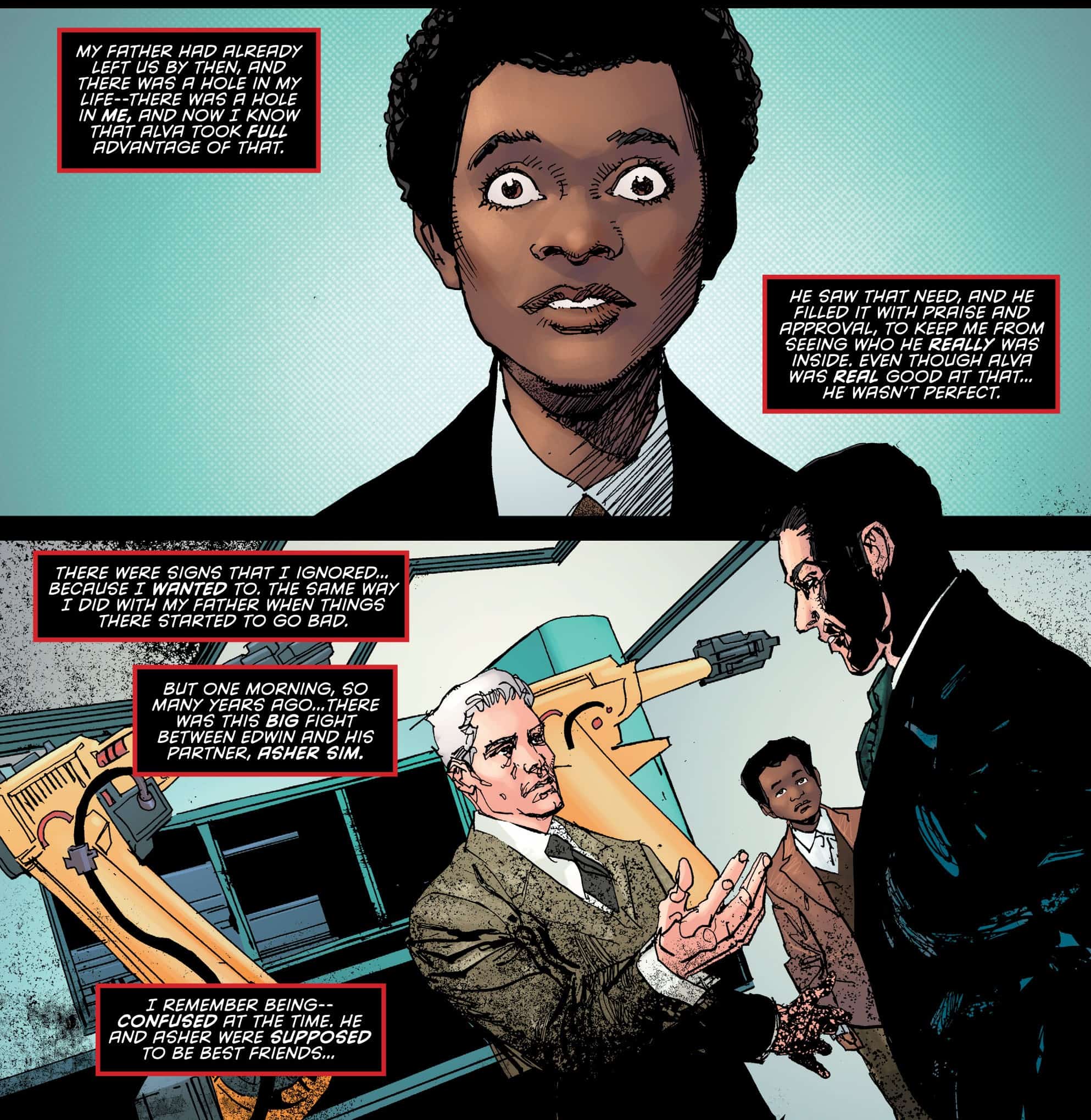 Hardware knows that one of the best ways to take down his former mentor and clear his name is to try and learn what he can from said mentor’s former best friend. This also reveals that Alva has a history of using and then throwing away those who either don’t align completely with him or those who aren’t trying to attain wealth beyond reason, using his pearly white public image to mask the grime of his business methods.

As I’ve mentioned previously, Cowan’s art style mixed with Sienkiewicz’s dark inks bring out the grit of this book in stark comparison to the flashiness of Static and the sleek, cleanliness of Icon and Rocket. It emphasizes that Hardware is still just a man under all of that circuitry and that his problems, while still privileged in their own way, are grounded in the eyes of a jaded black man. He is given lots of close up shots for introspection and is often shown in shadows because he operates more in the night. Cowan also often portrays his body language as being very self assured; he knows what he’s doing is right, so he stands up straight and fights with everything he has, even in moments where he’s just being tested. 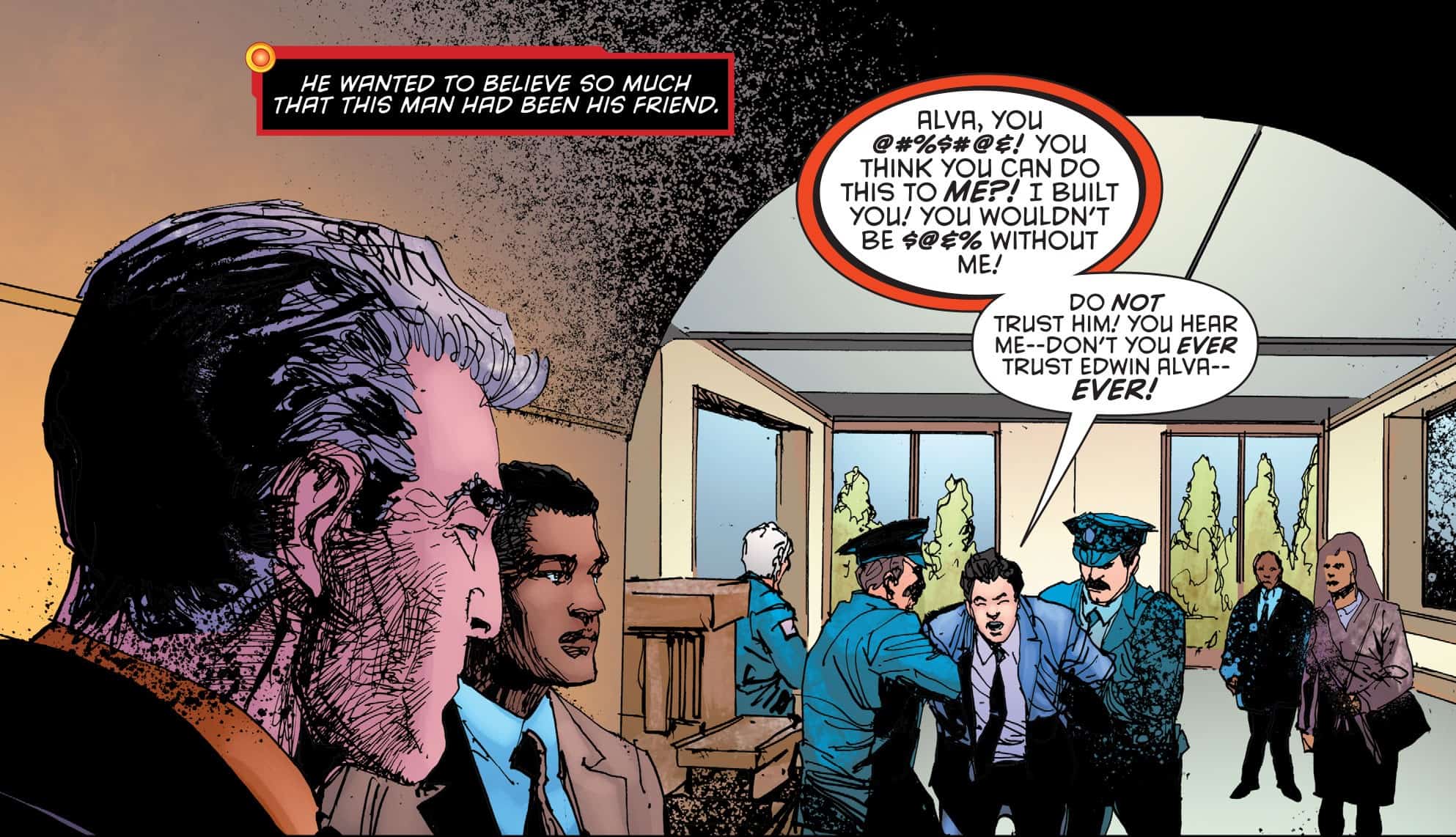 Sotomayor’s colors shine bright in moments like these when Hardware’s dark red jetpack streak moves through the dark blues of the night sky in Singapore and stand out against the yellows of its bright lights. It can be seen as an idea that Hardware is the bright light operating in the dark; the renegade fighting against the corruption all around him. But then, not everything has to be all dark and gloomy as Sotomayor takes a moment for Curtis to appreciate the beauty that’s still left in the world as he and Mr. Sim take a walk through Sim’s in-office aquarium and the page is coated in a calm sea blue, giving Curtis a chance to rest for a moment.

Letterers aren’t often given a fair shake for what they contribute to a comic, but Rob Leigh is one of the examples of why they should. Never once did I get lost with where to look for the next piece of dialogue or thought bubble in a page, but the real beauty was the variety of styles that he used – from the blocky, electronic bubbles in the Hardware armor, to the orange gradients of Curtis’ AI responding to his commands and finally the rounded blues of the robots he fights in the middle of the book. And that’s not even speaking to how awesome his use of sound effects were, from the FWOOSHing of his jetpack to the heavy WHAMMs of his fist hitting a robot, everything felt fast paced and hard hitting when they needed to.

All in all, while not the most riveting of issues, Hardware still remains a solid read. Brandon Thomas, Denys Cowan, Bill Sienkiewicz, Chris Sotomayor and Rob Leigh really do have a deep love for this character and it still shines through with this issue.