Harleen #1: Dance With the Devil 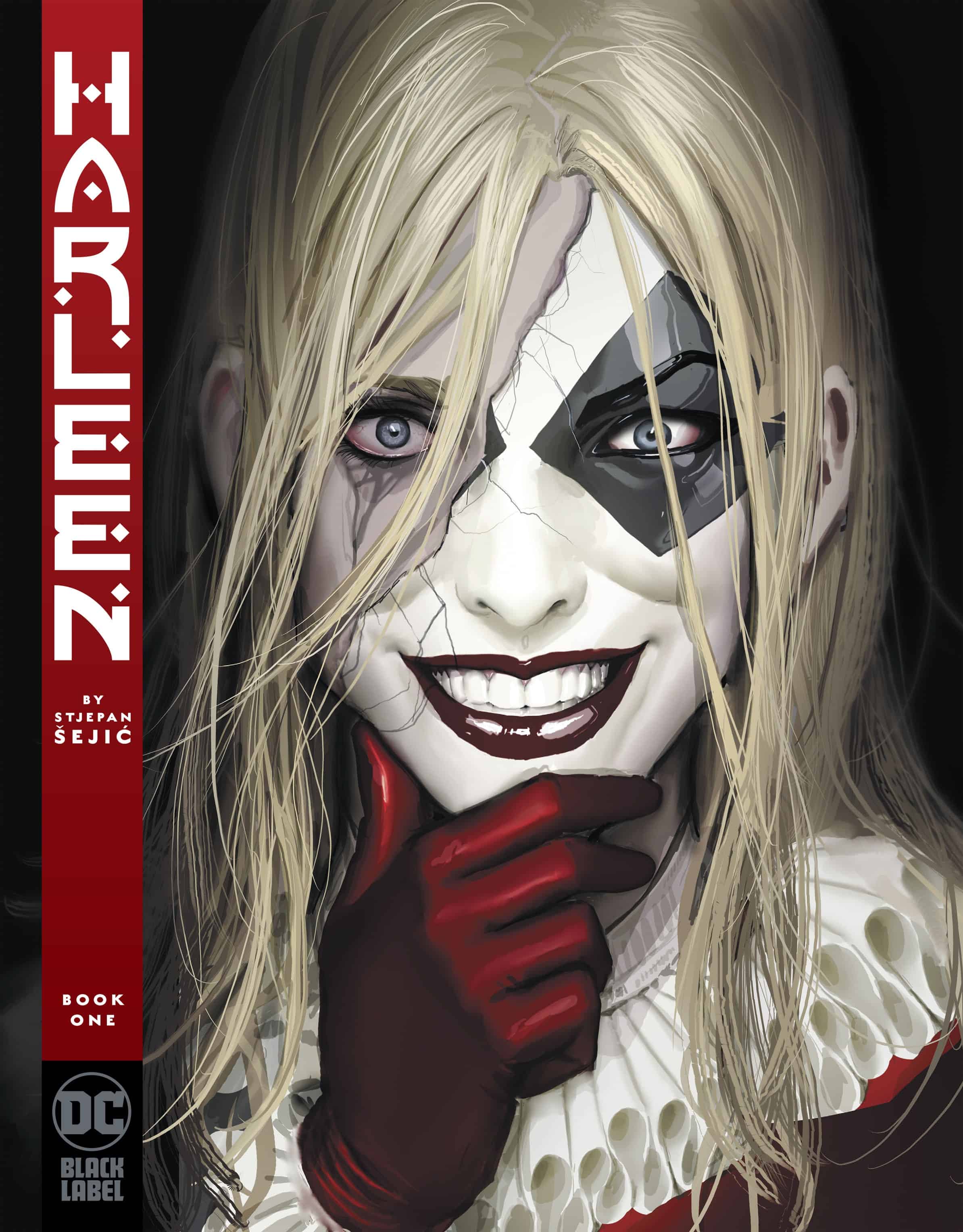 "The road to hell is paved with good intentions. On that road I saw a pale man, and he smiled at me..." Dr. Harleen Quinzel has discovered a revolutionary cure for the madness of Gotham City-she just needs to prove it actually works. But with the criminal justice and mental health establishments united against her, the brilliant young psychologist must take drastic measures to save Gotham from itself. Witness Harleen's first steps on a doomed quest that will give birth to the legendary super-villain Harley Quinn in this stunning reimagining of Harley and The Joker's twisted and tragic love affair by visionary storyteller Stjepan ejic

Harleen kicks off with a powerfully in-depth exploration into the psyche of one of DC’s most notorious characters, Harley Quinn. This oversized Black Label series promises a fresh perspective on the always controversial relationship between Harley and The Joker. Does it deliver on such promises or does it fall into tempting territory of turning Harley into yet another pitiful girl fallen victim to the maniacal clown?

To keep it short, it delivers in spades! 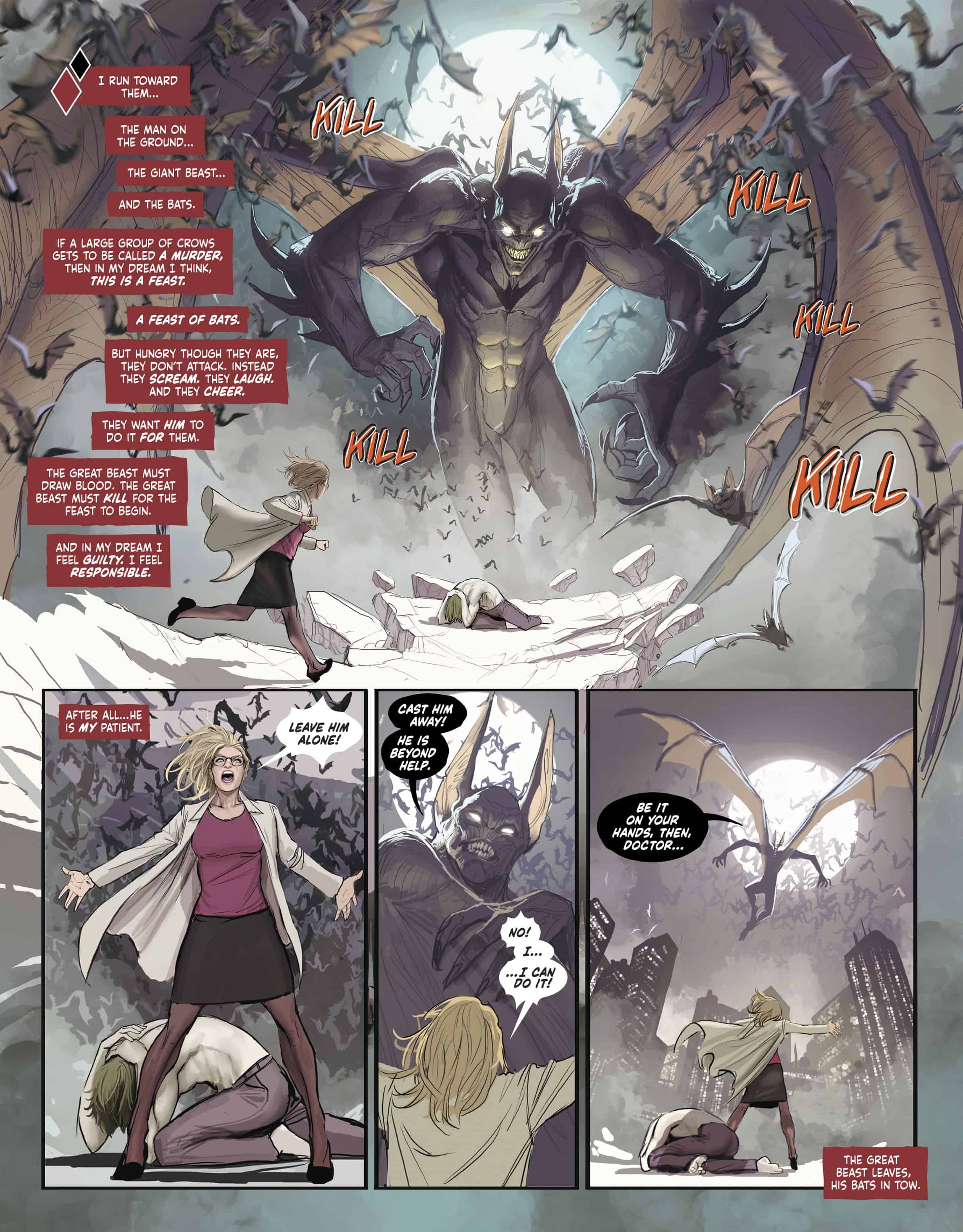 That’s right, Harleen #1 quickly proves itself to be a special look into one of DC Comics’ most interesting minds, full of both grandeur and brimming hope for something better, this issue takes readers to the very start of the age-old tragic romance. It’s an aspect of Harley Quinn that has absolutely been explored before, especially as the character transitioned into new stardom around the time of the New 52. Lately, we have come to know a Harley who struggles with her toxic past and is determined to take a different path. To go back to such a heart wrenching moment for Harley’s character must be done with prudence as to not disrupt the steps taken to get her to this new place. I was very pleased to see the creative team handle the issue with remarkable tact and even restraint in Harleen #1.

Instead of diving right into an abusive relationship that simply feeds The Joker’s skewed power complex, we follow Dr. Quinzel on the verge of groundbreaking research regarding the breakdown of empathy in the human mind. From this, we see Harley as an incredibly bright and hopeful woman who feels capable of contributing something quite important to society. We get the impression that she is a rising star as she ruffles feathers to pursue her work. The very work that leads her face to face with The Joker. There are instances of faulty decision making in her past so far, one in particular that pushed her to a dark place, so we begin to feel the pressure mount incredibly early in the series. 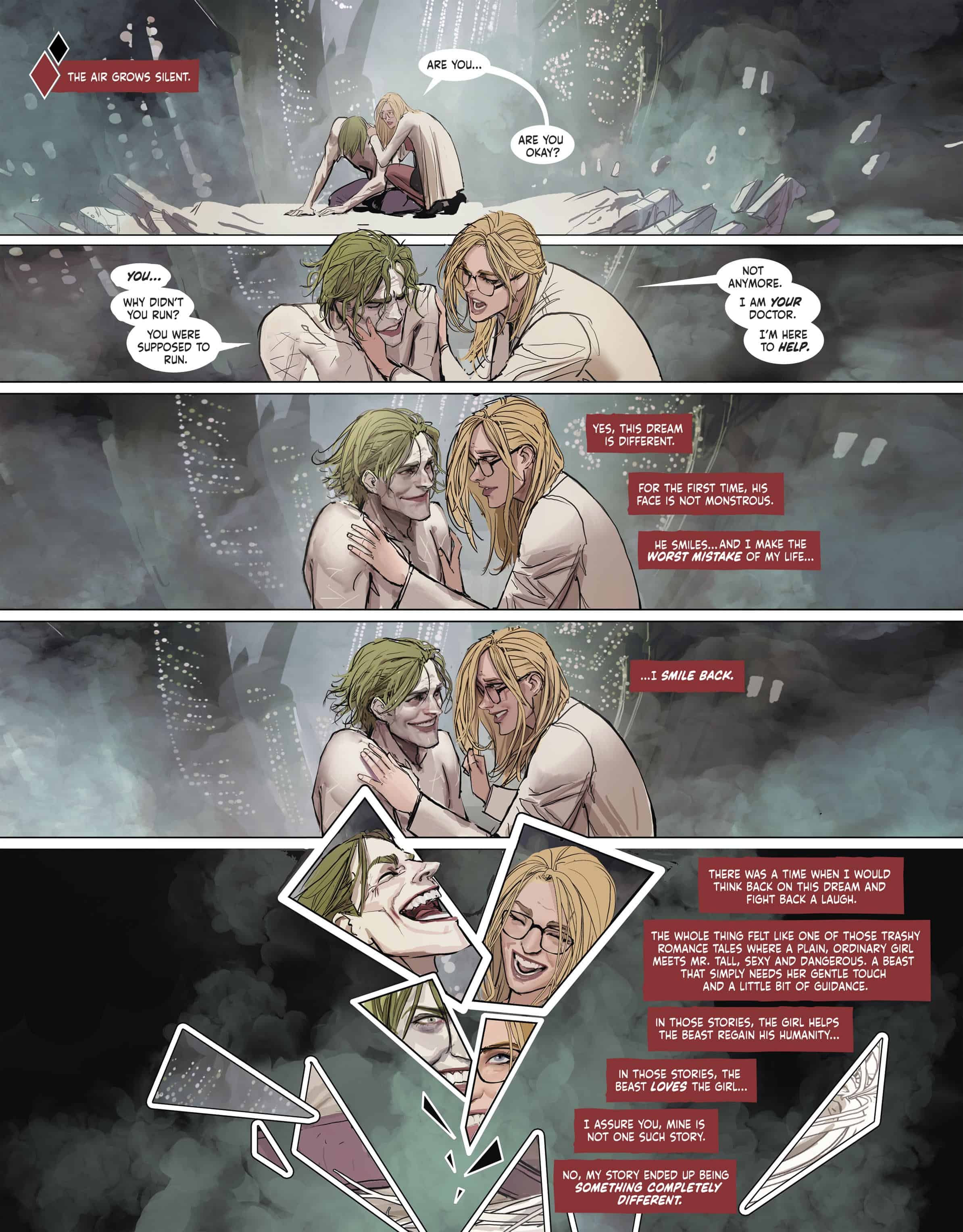 But this story is about more than just Dr. Quinzel’s meeting with The Joker, it’s about the emergence of the infamous Harley Quinn. This persona follows Dr. Quinzel everywhere, whether she is aware or not and these are the moments that contort the issue into something uniquely special. From the diamonds behind her to the shadow of Harley Quinn beneath her as she enters Arkham Asylum, we are given glimpses into what will soon be. As readers, the weight of her destiny is apparent on every single panel, creating a grim but thrilling experience. While not action packed or full of random violence and jokes, the pacing strikes a sincere balance between setting up critical moments and unraveling new developments, helping to keep you engaged all throughout.

Channeling some of the most spine-tingling moments from thrillers like Silence of the Lambs, this story delves into the darkest corners of the mind and the apparent impossibility of ever deciphering their meaning. Harley is confronted with the most ruthless villains in Gotham, in what should be a goldmine for her research but as fate would have it, only The Joker will do. This desperate push to complete her work – the relentless tenacity involved – all contribute to establishing a character that is far from the silly and whimsical Harley Quinn we know from her current ongoing series. This is a seriously consequential approach to the chain of events that twisted one of the brightest minds in Gotham into something much more depraved. It’s packed with psychological curiosities and intrigue, taking readers tepidly into the tragedy that undoubtedly lies ahead. 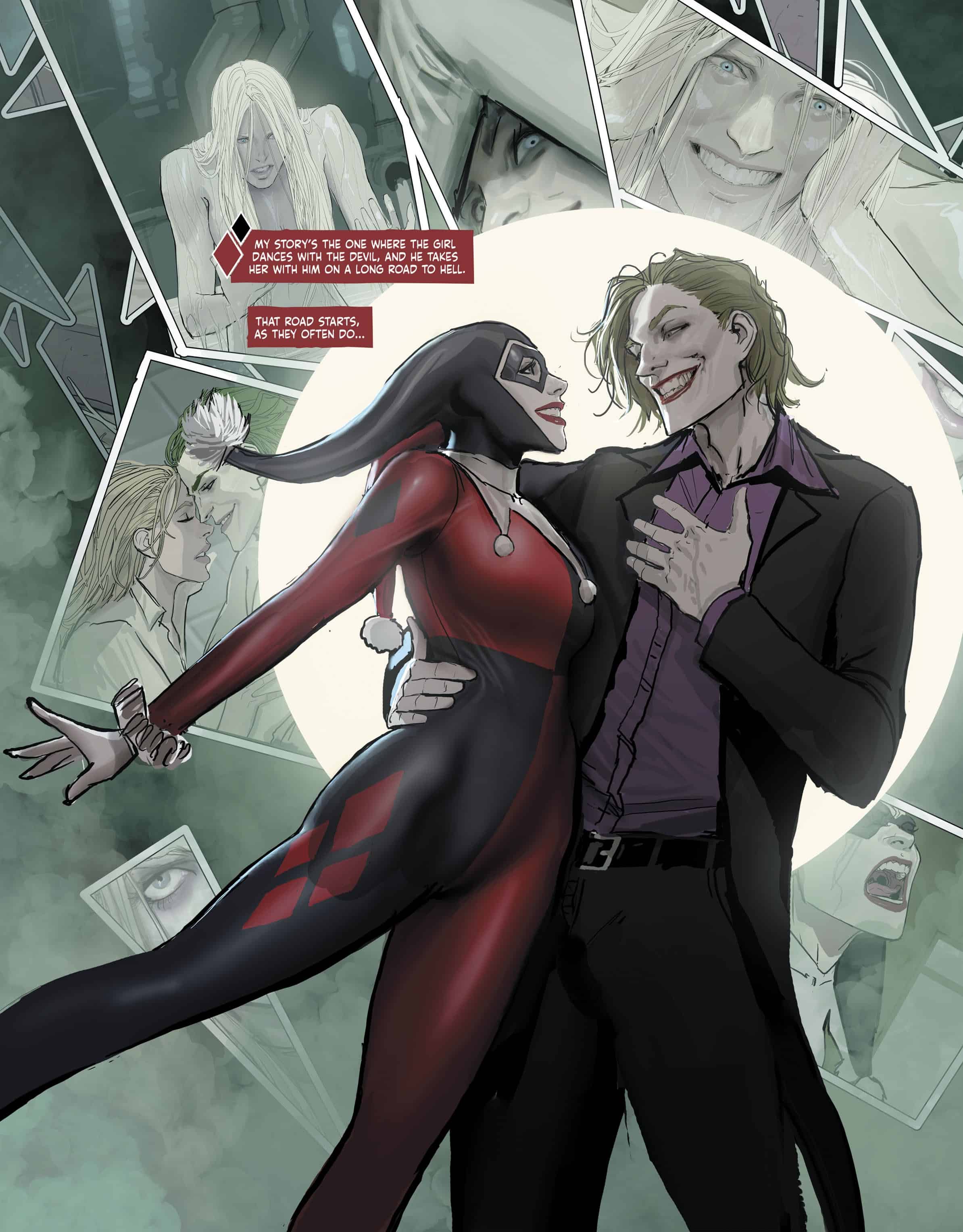 This creative team has achieved something stunning with Harleen #1, which could prove to be quite the definitive take on Harley’s early years if handled appropriately. The visuals are as powerful as the themes, making it an easy decision to put this book on your subscriber list to ensure you won’t miss what happens next. While we remain unsure how more sensitive issues such as the physical abuse and gaslighting will be handled, it seems as though we are in for a great rendition that will both respect the character’s legacy and deliver something new for fans to enjoy.

Harleen #1 is packed with psychological curiosities and intrigue, taking readers tepidly into the tragedy that undoubtedly lies ahead. The result is a grim, yet thrilling exploration of one of DC's most notorious characters.

Harleen #1: Dance With the Devil