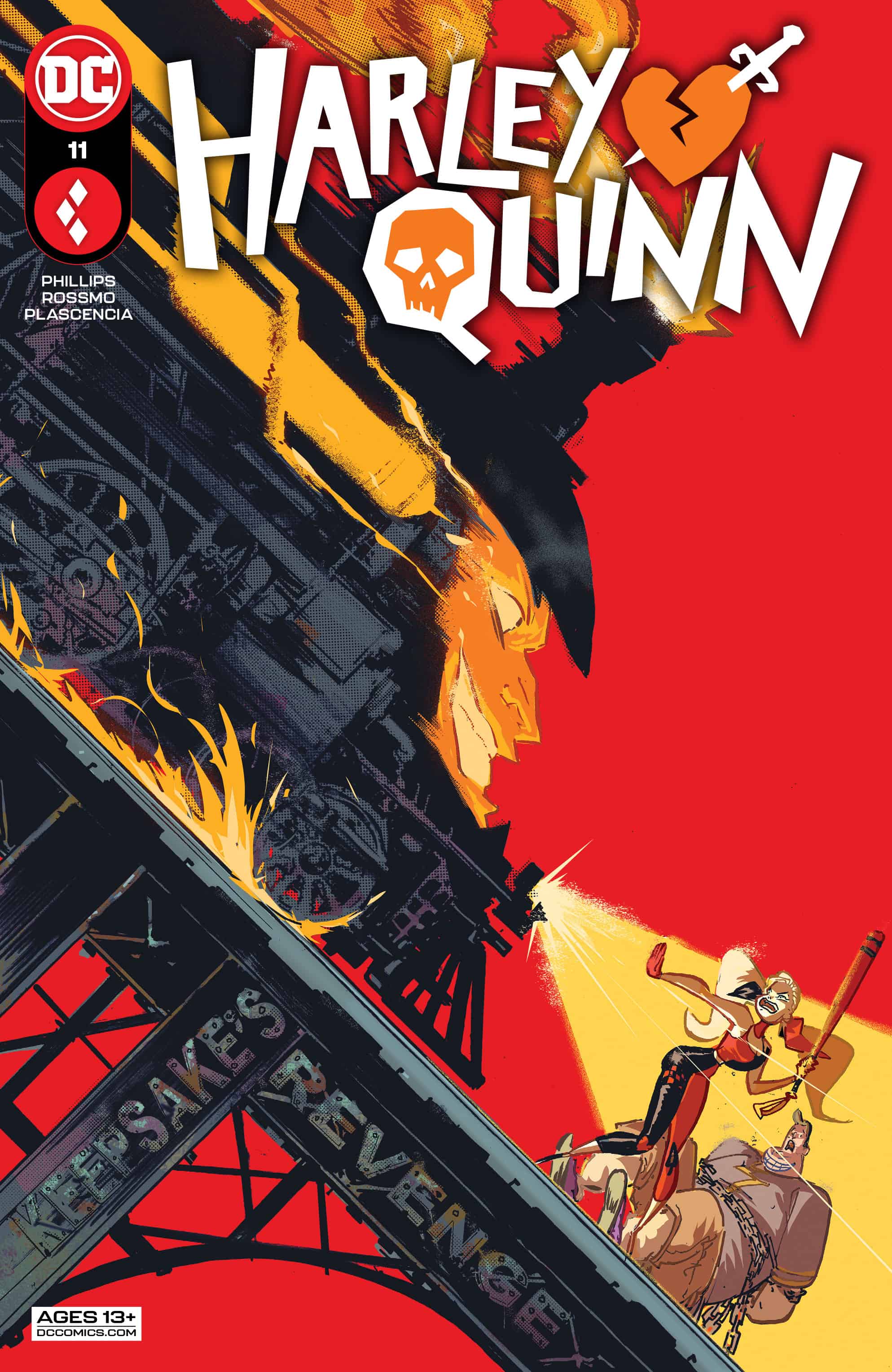 A train leaves for Gotham at eight p.m. averaging 80 miles per hour, carrying one very dramatic villain named Keepsake, a bomb strapped to the engine, and me…Harley Quinn! One track leads straight to Gotham Central Station, where hundreds of lives are at risk, but the other track…that one leads to my best friend and sidekick, Kevin. Sacrifice the one to save the many? I hate that Philosophy 101 crap, and I'm really starting to hate trains.

There were a lot of reasons I was sad about Ivy’s departure from this book in issue #10. I even wrote a whole article about my feelings with that, but I am nonetheless really willing to give the book a chance to grow, because I love how organic and genuine Harley’s redemption and character arc feels, and Stephanie Phillips really knows how to write a great and hilarious Harley. But this issue is the weakest in the run so far, and that weighs so heavily on it just after the arc with Ivy was so compelling. Keepsake keeps being one of the most uncompelling and one-dimensional villains ever, and there’s a lot of cheap psychology, cheap philosophy and cheap math in this issue that tries too hard to be funny, and I personally think misses the mark completely (plus, the armchair diagnosis of Keepsake with narcissistic personality disorder by Harley feels not funny at all, unprofessional, and, honestly, stigmatizing to people with actual NCP). 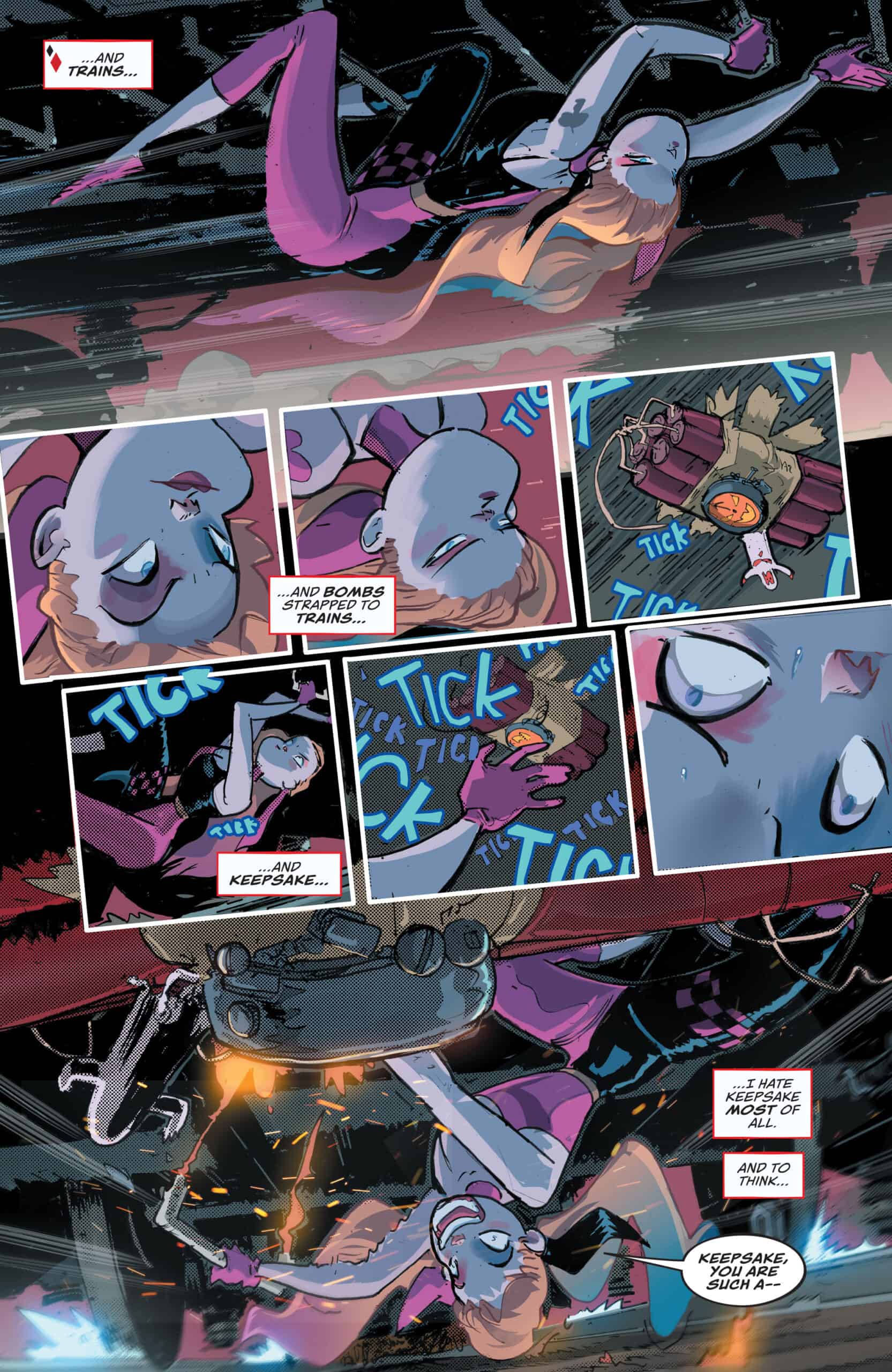 And the most damning of it all is how almost all story notes here miss by far. I honestly thought this issue was gonna go somewhere else or more imaginative, because the trolley problem barely makes for a compelling script even stretching it a lot. But the trolley problem takes so much of the script, or Keepsake’s robots (whatever), or a lot of uninteresting beats that stretch for so long. I do feel some sympathy for Blane and the Keepsake support group the issue sets up, but they would work if this villain was established in a more serious or menacing manner similar to the Joker henchmen of the beginning of the run. With Keepsake, it feels like a joke wanting to take itself seriously. I do think Rossmo’s art supports the action, the drama and the resolution really nicely, and I always appreciate his cartoonish strokes, but it’s not an artwork that can make up for the lack of strong beats of story, and, specially in such a one-note issue, sometimes it feels exaggerated for the sake of exaggeration. Like it’s trying to pull emotions out of you just by being over the top. I really hope this team has something as exciting to show us in the next issues as they have shown us before, cause we definitely don’t need the Philosophy 101 crap.

A weak issue that lacks plot work, tries to be funny in awkward ways and makes me miss the story beats from prior in this run.