Harley Quinn #58: It Makes Him Feel…Fragile 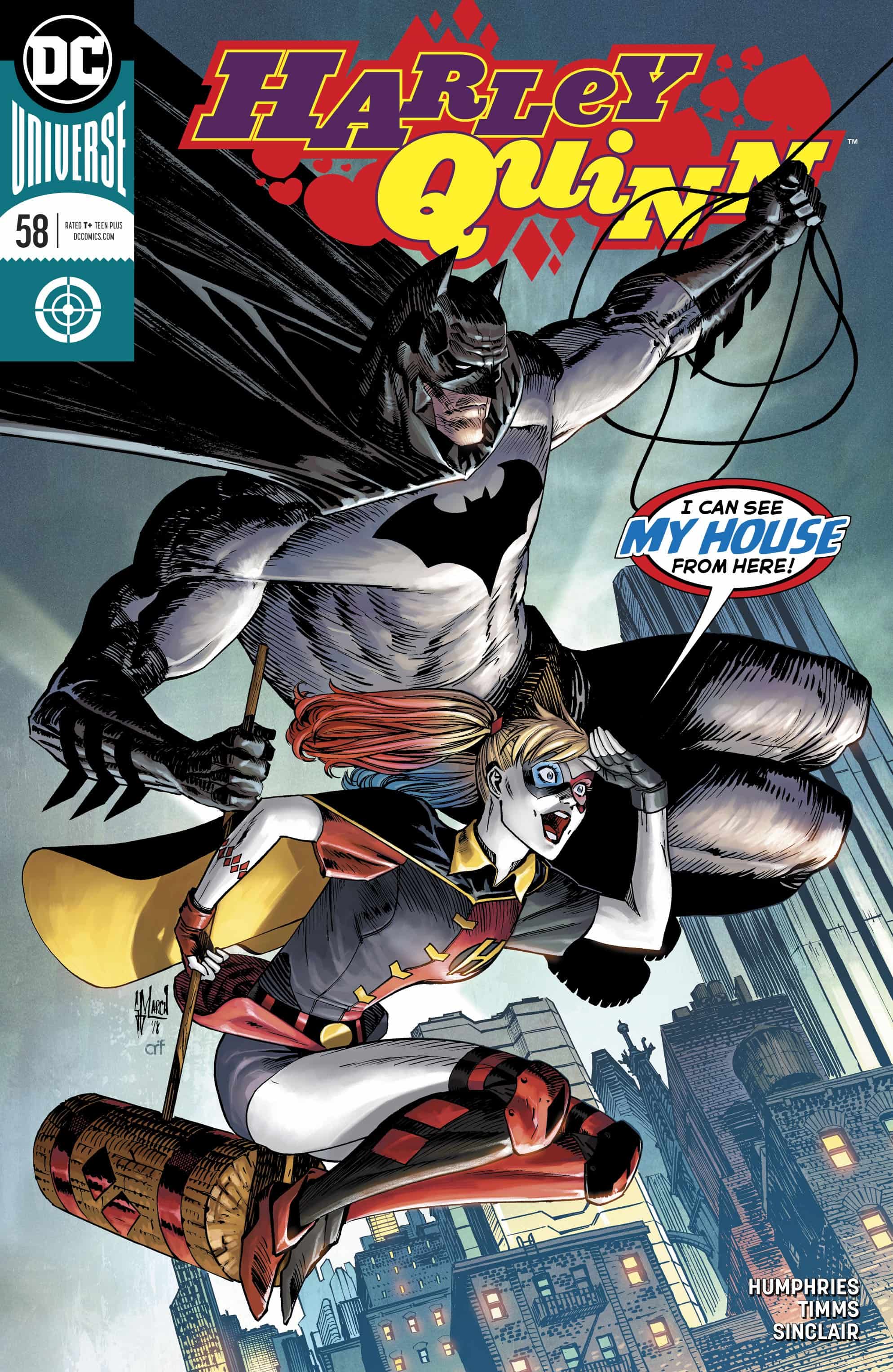 Implicated in a crime she didn’t commit, Harley Quinn must prove her innocence by teaming up with the Caped Crusader himself—Batman! But can the Clown Princess of Crime and the Dark Knight coexist long enough to solve a murder? Or will the two frenemies end up being the death of each other?

Harley Quinn #58 offers a chance to enjoy the character at her best alongside The Dark Knight himself in a team-up story that showcases Harley’s emotional journey and enduring appeal. 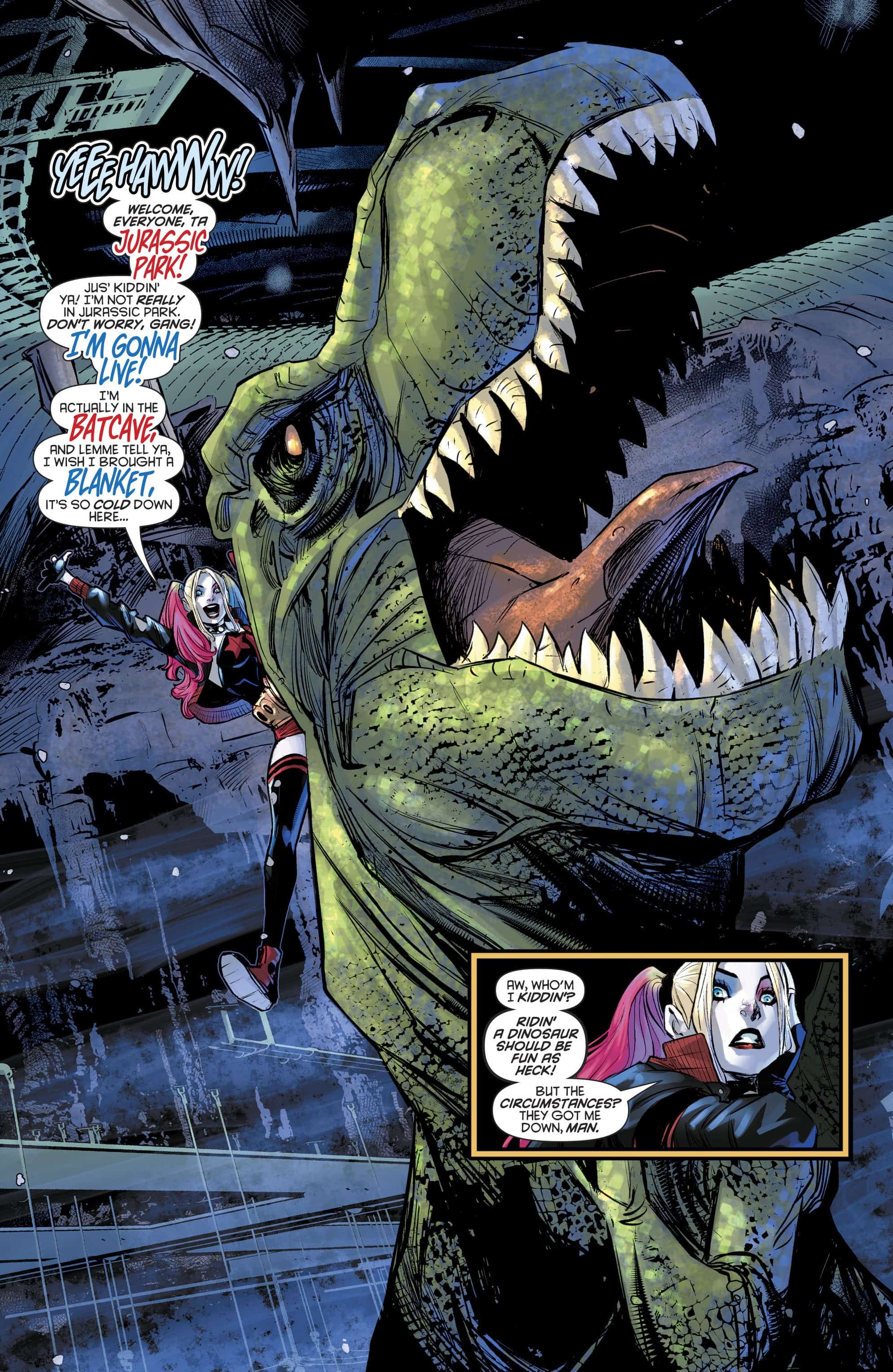 From the short story by the mysterious M. Clatterbuck (for long time fans of the series) to the whodunnit tale where Harley is framed for a murder, the creative team focuses on Harley’s humor and whimsy while never losing track of her ongoing emotional complexity. Though she often works well (for Harley, at least) alongside Batman, this issue explores her latest personal developments by contrasting them with Batman’s assumptions about her. This does wonderous things for both the story and Harley Quinn as an individual.

At the core of this ‘Hunted By the Bat’ arc, we find Harley struggling to deal with her own rapidly changing life while also fighting the preconceptions that seemingly always follow her. Although they fight like a divorced couple, Batman seems to act as a moral constant for Harley, and his opinion means something to her. The story is at its best when it uses the circumstances around them to explore this somewhat strange dynamic between the duo. However, as we find out at the end, this was all just a test from the ongoing Trials of Harley Quinn!

With absolutely outstanding visuals from Johns Timms and Alex Sinclair, as well as definitive lettering from Dave Sharpe, Harley Quinn #59 uses the character’s history and ongoing relationships to set her on a new course that isn’t defined by the assumptions of those around her. This aspect is a fundamental strength of Harley Quinn as a character, so it is more than welcome to see it remain so prominent.

As the Trials of Harley Quinn continue, we could see more character defining moments like this occur, so fans may have plenty to be excited about!

Harley Quinn #58 is at its best when exploring the impact of Harley’s checkered past to define her emotional and intellectual growth as a character. Her banter with The Dark Knight along with a surprise return of a certain unkillable villain help to make this issue an absolute pleasure to read!

Harley Quinn #58: It Makes Him Feel…Fragile