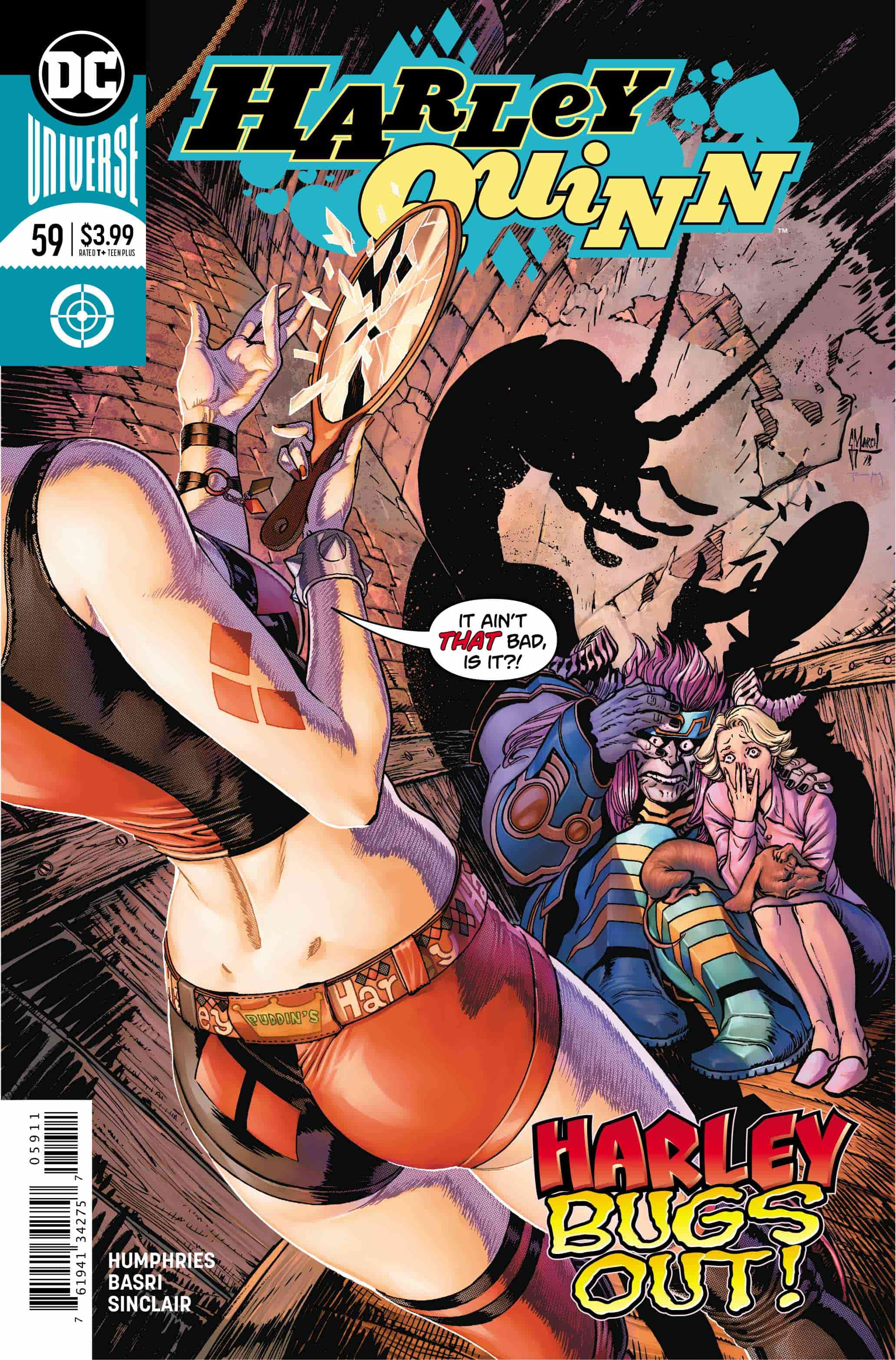 When Harley Quinn awoke one morning from troubled dreams, she found herself transformed into a horrible vermin! “What th’ heck’s goin’ on?” she thought. But it wasn’t just a dream…it was the next trial of Harley Quinn!

Harley Quinn #59 finds the titular character forced to confront some of her deepest insecurities in order to beat the latest challenge in the Trials of Harley Quinn! 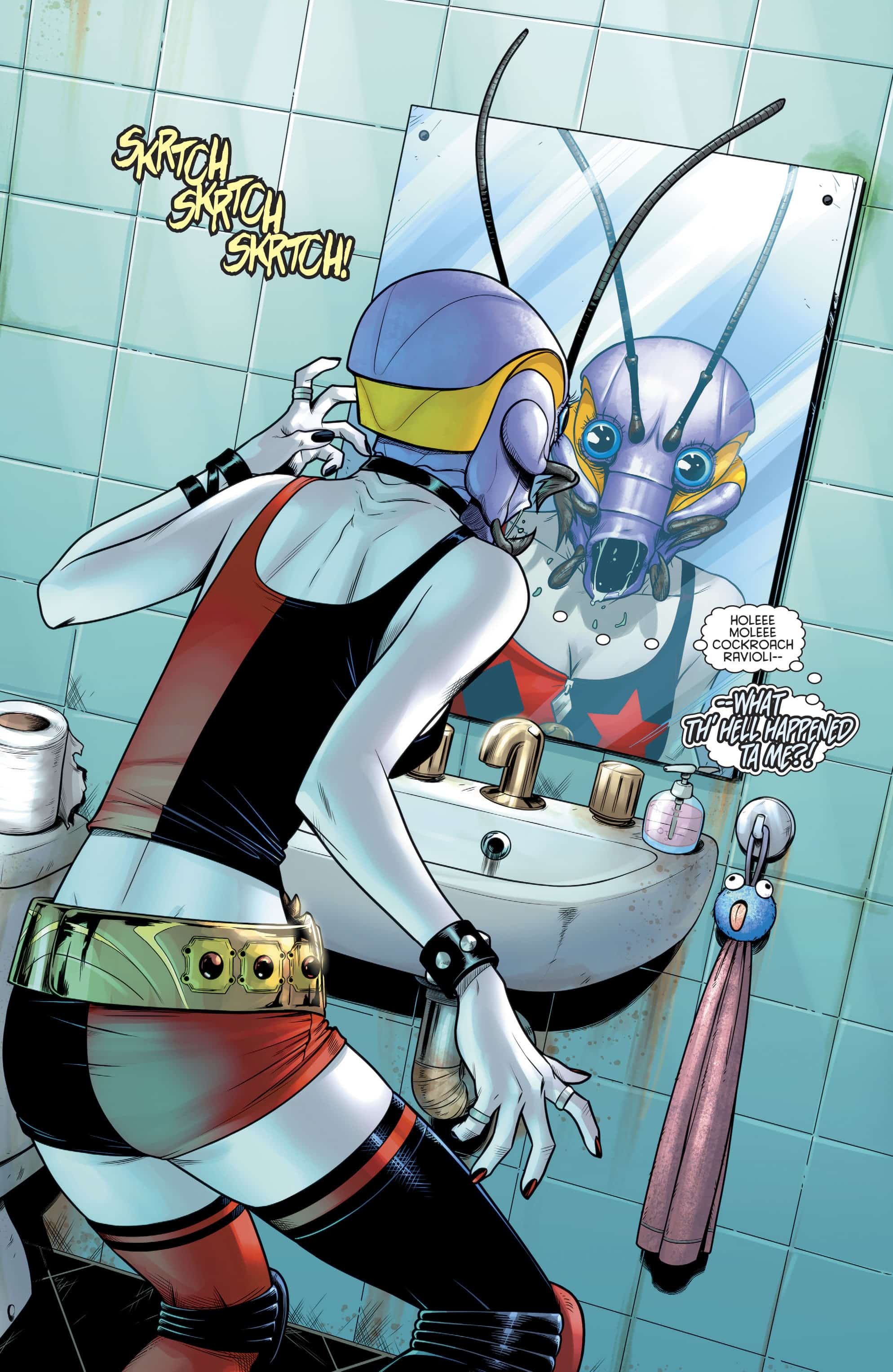 While this issue is structured somewhat clumsily, it brings two very interesting concepts to the forefront of Harley Quinn as a character. The first is the outside perception of her and the beauty that is often associated with her. It has always allowed Harley to enjoy certain benefits that people like her newfound friends, such as Tina, simply cannot. The next is Harley’s struggle to break these barriers and continue growing as an individual. This has defined much of the character’s development spearheaded by writer Sam Humphries.

Part of what has made this series exceptional is the willingness to confront Harley’s preconceptions and use them as a catalyst for emotional growth. This issue is a solid attempt at capture that uniqueness, but it ultimately feels less developed than previous attempts. The message is strong though, and makes the story a worthwhile addition to the Trials of Harley Quinn arc.

Aside from any narrative issues, the visuals are consistently great all throughout. The star of the team remains letterer Dave Sharpe however. His work on the series has been remarkable, and this one is no different. From Harley’s witty comebacks to all the different sounds as a bug, the letters make this issue incredibly fun and engaging.

Harley Quinn #59 continues to define the character for modern readers with an introspective story about facing her own ugliness. The Trials of Harley Quinn continue next issue with a story poised to turn dark rather quickly!

Although less polished than previous issues, Harley Quinn #59 is a solid entry in the Trials of Harley Quinn arc with a clear message behind it. Don’t get twisted by the haters.