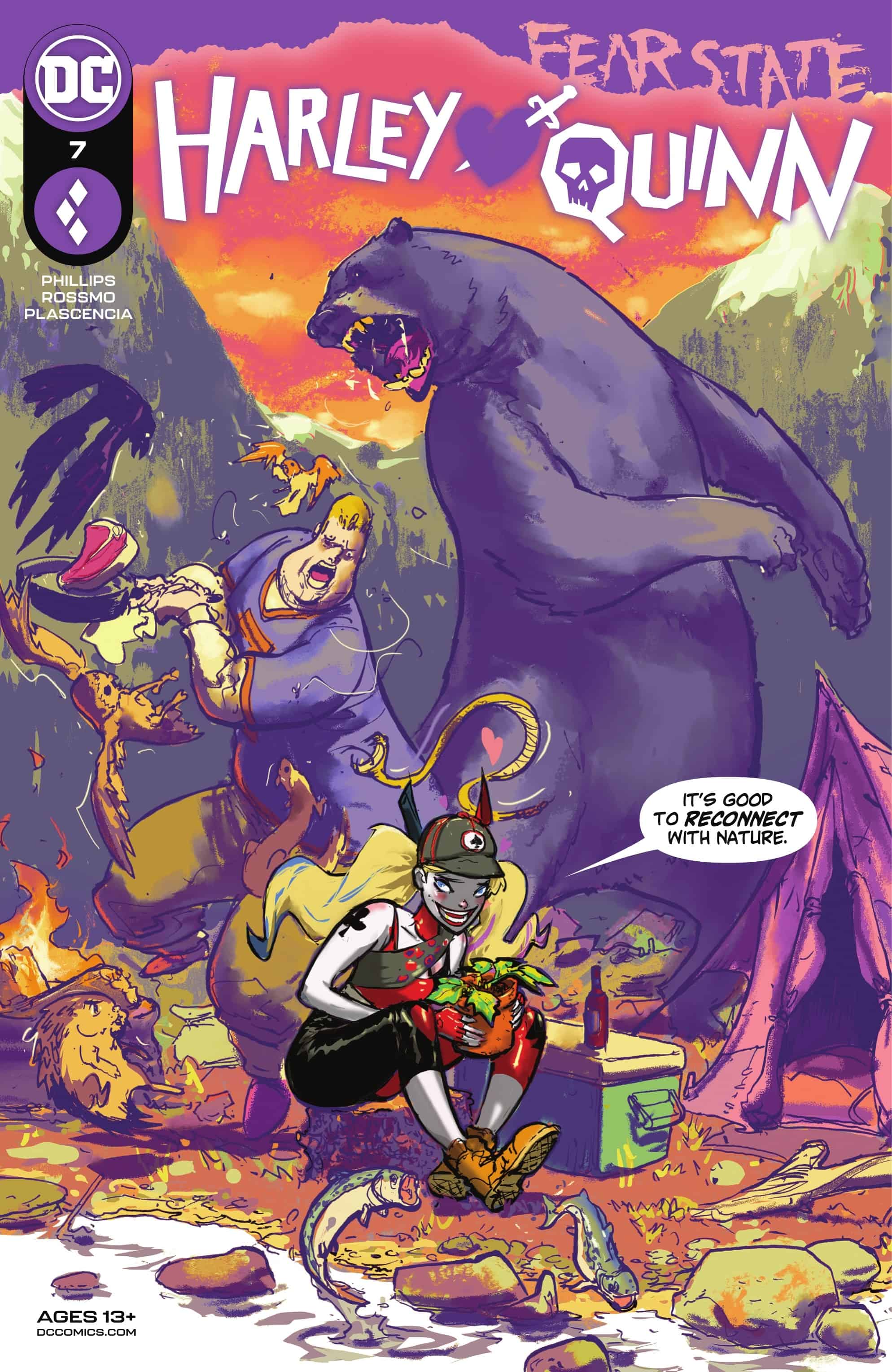 Gotham is gonna be Gotham…Keepsake’s forming a new army, Hugo’s playin’ dress-up, and the city is literally tearing itself apart. This looks like a job for Harley Quinn, Kevin, and…the Gardener? Oh yeah, Bella’s in this one, too! And, guess who else is finally here (at least partially!)

Harley Quinn is very deliberately choosing a style of both telling and showing its story that is fragmented, chaotic, absurd and action-oriented. From trying to find a lost dog, to the villains’ evils scheming, to Kevin and Harley’s internal monologue about their struggles (both exploring their particular self-doubt to reflect on how their lives have been changing), everything ties in together with an inherent chaos, reflected back in Rossmo’s cartoonish, expressive, elongated and, well, chaotic art-style, as well as Plascencia’s vivacious colors. Even the panels tilt, and sometimes there’s a need for characters’ recapitulation or literal numbers to follow the story, all of it in fourth-breaking awesomeness. It’s unconventional, it isn’t for everyone, and it doesn’t hit every note it beats. But when it hits, it hits perfectly. 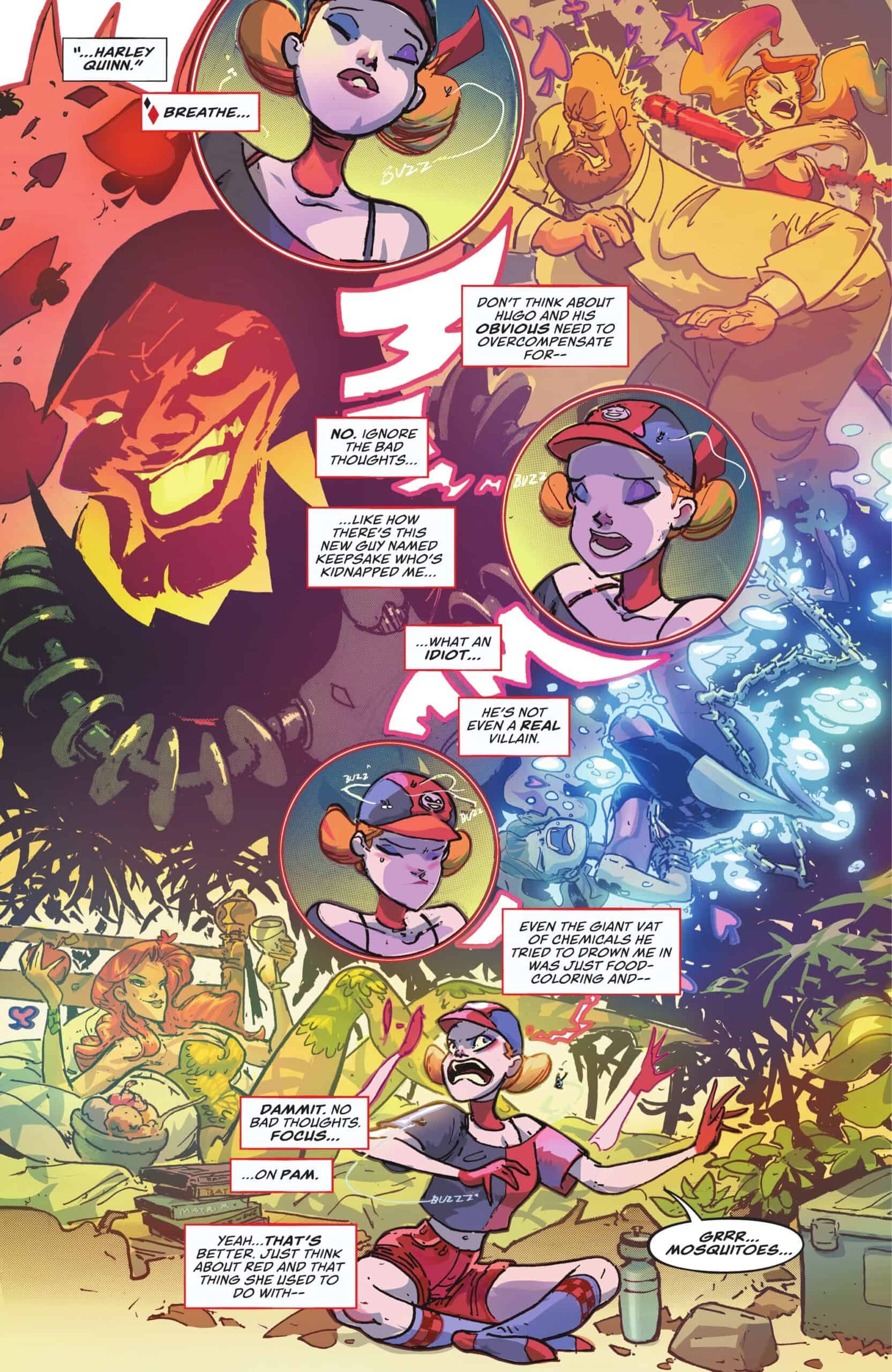 Stephanie Phillips knows her characters and what moves them to the detail, and every time this story gets emotional it reaches absolute full potential, like when Harley almost falls off a cliff and decides to reflect on the different meanings on love, or when Kevin details how fatphobia and bullying shaped his self-image and how he’s growing from that, or the (yeah we need to talk about it!) absolutely beautiful and somewhat sweet-somewhat heartbreaking reunion between Harley and a piece of Ivy. All of these moments have a true weight to them that is perfectly shaped and anticipated by a fantastic script. And, to add to that, it’s in those moments where Rossmo’s art sweetens up, and adds just the bits of humor necessary to these characters facing intimacy and vulnerability. Granted, I still don’t think Keepsake makes for a particularly good villain for this run (and, to be fair, nobody thinks he does in the story itself), but with the focus more on Hugo in these two issues, I can see even the villainous storyline arriving somewhere really interesting. Overall, this Harley Quinn run can be chaotic and all over the place, but it’s also moving forward every character truly, never stagnant, always getting you to the heart of it.

Harley Quinn #7-8 is delicious chaos, and you'll love it if you love your Harley with lots of turmoil, over the top storylines, and some of the best character moments this fantastic run has given us.