Harley Quinn #9: There’s Nothing More Terrifying Than Falling In Love 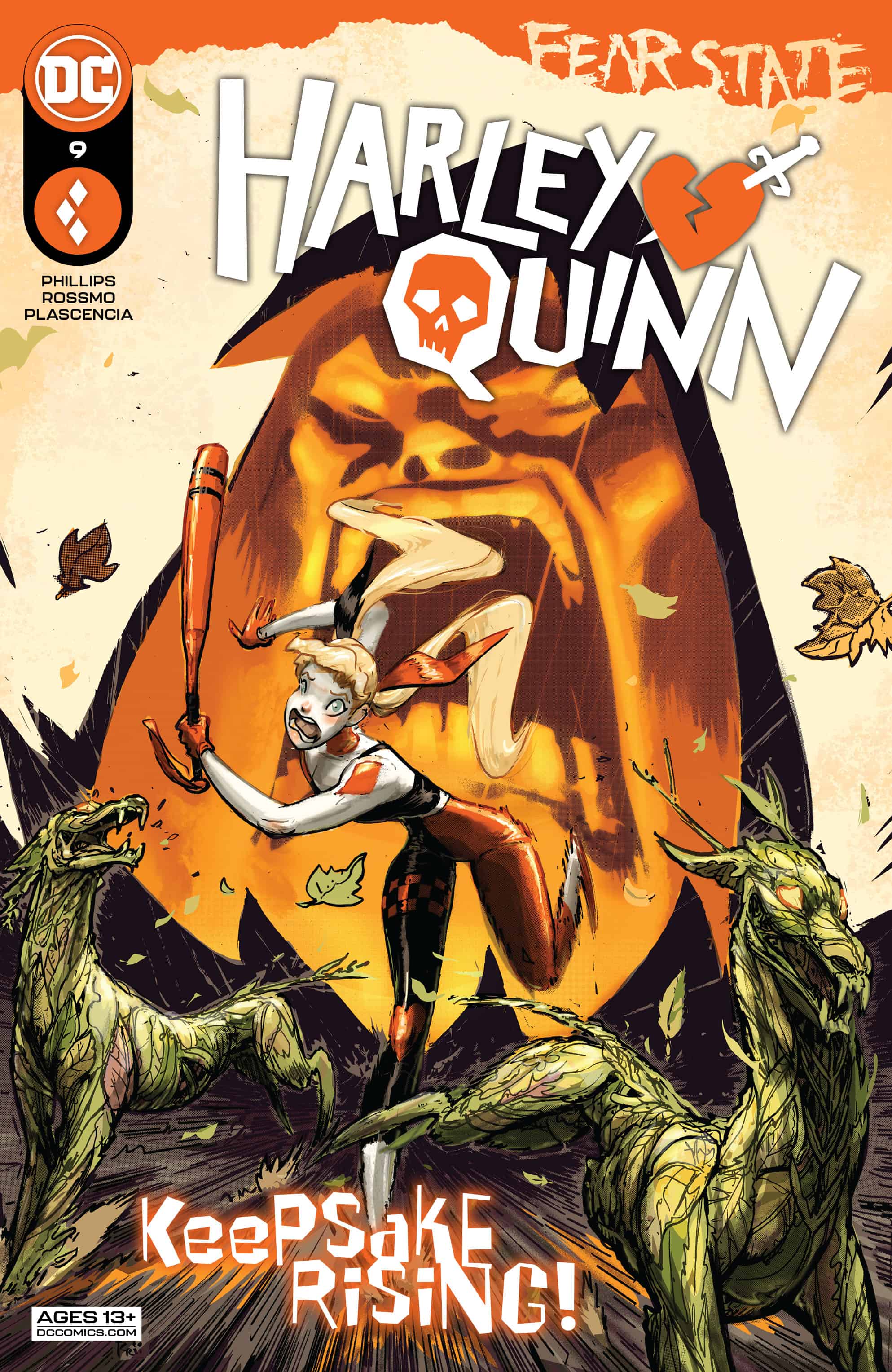 Harley reuniting with Poison Ivy to try to save all of Gotham? Let’s also bring the Gotham City Sirens to take down Scarecrow and - wait. why is Keepsake here? Couldn’t just be an easy, straightforward mission, could it?

Harley Quinn #9 opens brilliantly, with a flashback to Harley meeting the Joker and a reflection on Harley’s fears and psychological attachment issues, as we follow present-day Harley run away with Poison Ivy, happy and different than her past, but (as we get peaks of) still with fears to work through. The jokes are so on point and the issue gets so hilariously relatable at times that when the emotional bits hit at the end, they’re absolutely rewarding (even while I still don’t buy Keepsake as a villain at all). The depth that Stephanie Phillips gives here to Quinn’s relationship with Ivy, and how relatable and humane her insecurities are, is by itself a gift, but the narrative and visuals work perfectly (mirroring Harley’s own story around her fears with Kevin and his own fears) to bring the emotional weight as well as the fun, with action, danger and laughter succeeding one after another. 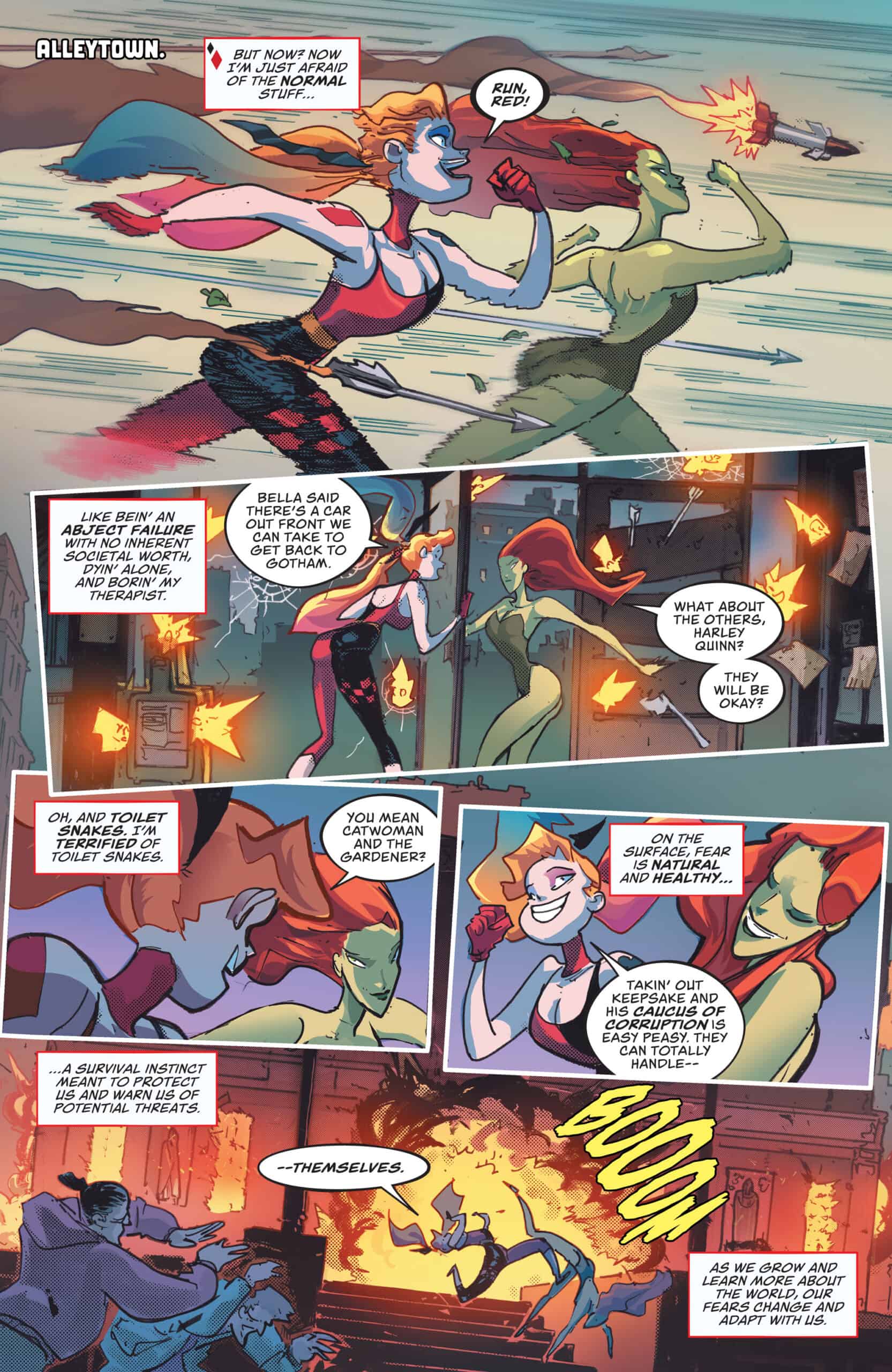 It’s difficult for me to not enjoy the cartoon feel and seemingly carefree stroke of Rossmo conveying all of these different moods for such a dynamic issue. I do have to say some of his work at the beginning of this issue felt a bit dragging, especially in the action/movement bits (the running panels surely feel kind of too-much-weird with the curves of the characters), but, honestly, it is by far overshadowed by the latter half of the issue, which overflows in both emotion and punch. And the last pages are a delight and probably the best of Rossmo’s work ever, both with Kevin escaping the fire with Sam, and with Harley expressing her feelings and being comforted by Pam. There’s no way you’re not comforted yourself by these pages. There’s no way this issue doesn’t touch your heart.

Harley Quinn #9: There’s Nothing More Terrifying Than Falling In Love