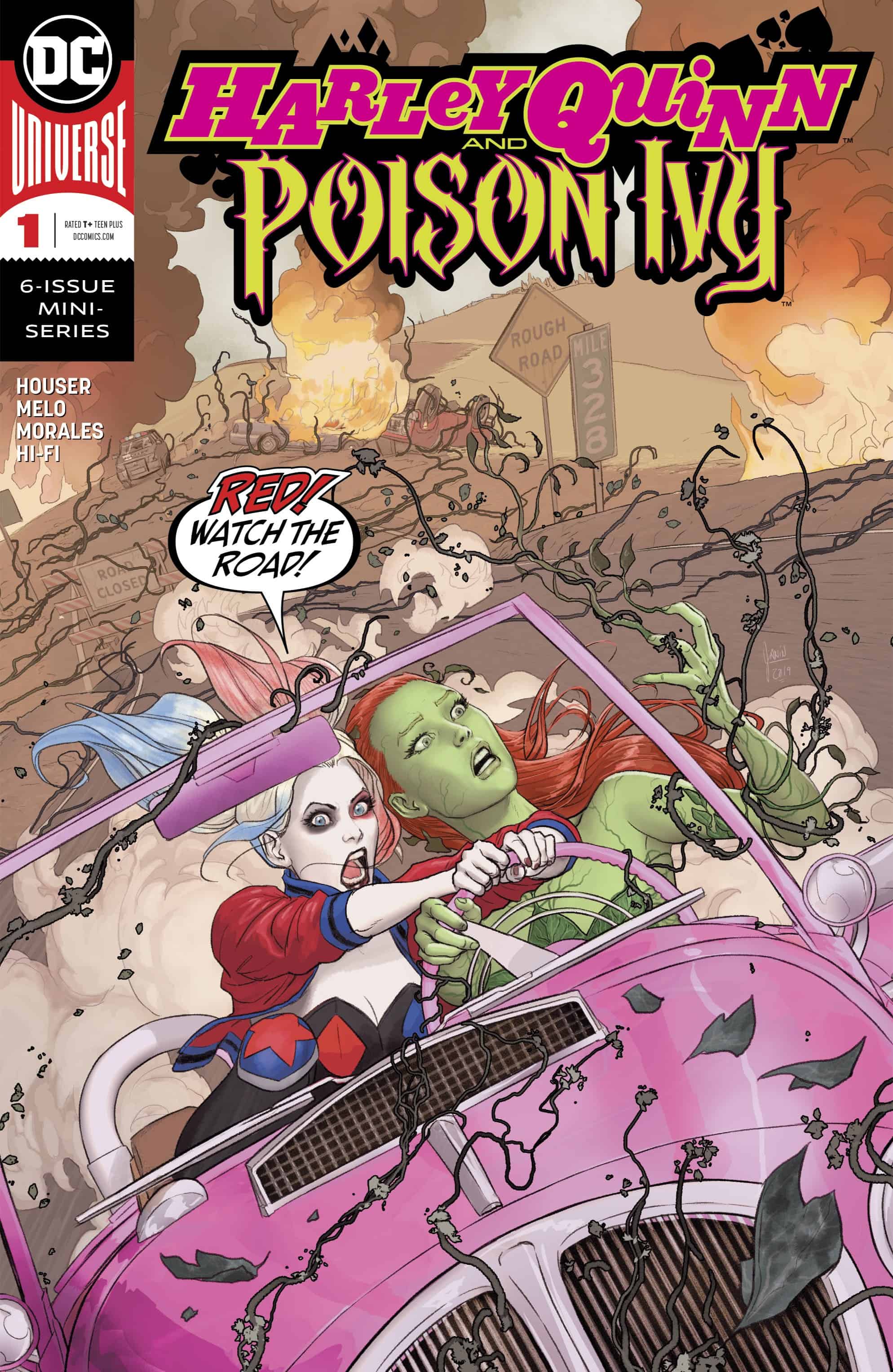 Harley Quinn and Poison Ivy are taking their show on the road in this new miniseries! They'll have to evade villains and heroes alike while they explore their relationship and unpack their time and experiences at Sanctuary. Set after the events of HEROES IN CRISIS and smack in the middle of "Year of the Villain," it's a journey across the DC Universe that will change their friendship forever...if they live that long!

Harley Quinn & Poison Ivy kick off their brand new miniseries with a heartfelt continuation of their unique relationship after the rather traumatic events of Heroes in Crisis! 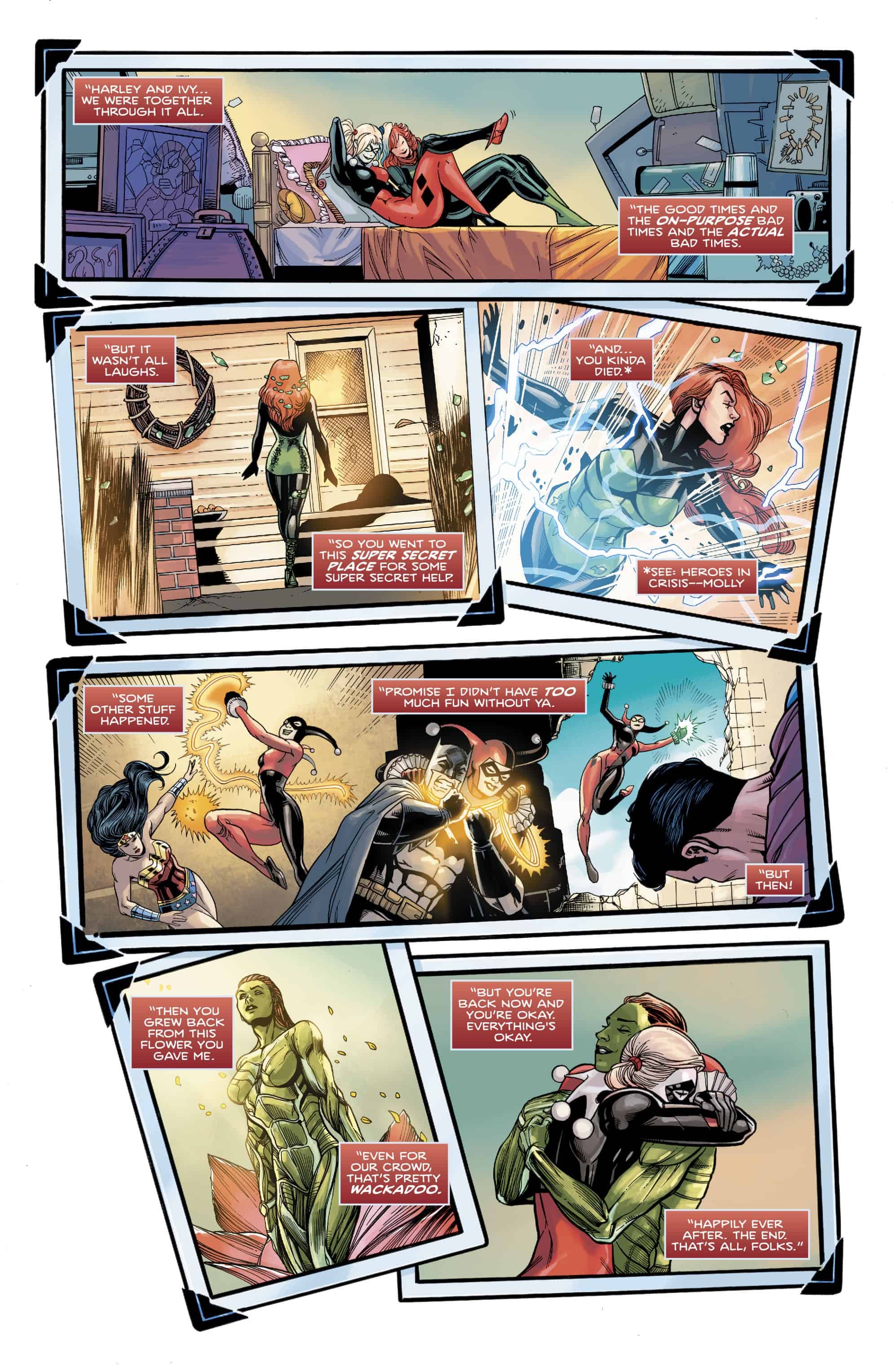 Though it was hard to determine how effective this series was going to be, it’s always a treat when a book surprises you with its sheer heart. Sure, this isn’t the most eventful book and it relies fairly heavily on an existing engagement with these characters, but for fans of Harley and Poison Ivy, this is going to be a super fun experience. It will pull you into these character’s struggles and have you happily rooting for them.

After Poison Ivy was killed during Heroes in Crisis, it has been up to Harley to ensure everything is okay while she grows back from a small flower. She is unstable, both physically and emotionally, so Harley is pulling some overtime in order to help get her back on her feet. This makes for an interesting dynamic between the two that helps the first issue find its core heart.

While it is unfortunate that most stories of Harley Quinn ignore the events of her main ongoing series (her mom is dying, but she escaped to the suburbs with Poison Ivy to lay low?), it is something that readers will just have to play along with. Luckily, the story makes it worthwhile. It’s also backed up by some impressive visuals. It isn’t packed full of action by any means, but the character expression feels genuine and helps you to care about what is happening to them.

Ultimately, this is a book that does great things to hook readers for a new miniseries featuring a couple of fan favorite characters, but it needs to crank everything up a few levels if it hopes to avoid obscurity.

Harley Quinn & Poison Ivy #1 is a strong start, but only time will tell if it can prove to be a worthwhile story outside of simple fan service.