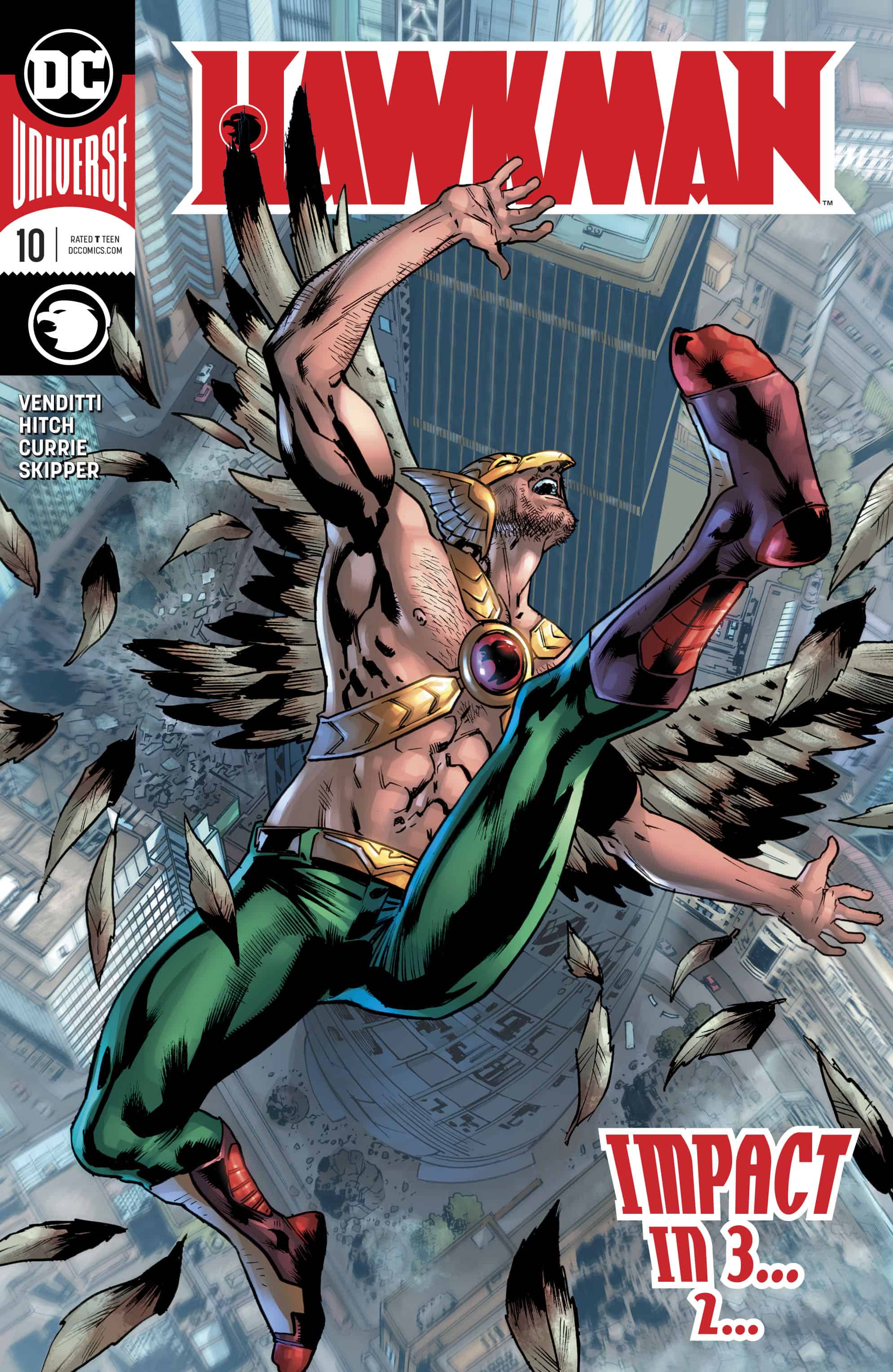 He had often been bound with fetters and chains, but he snapped the chains apart and smashed the fetters; and nobody had the strength to subdue him. Mark 5:4.

The Deathbringers have arrived on Earth and threaten to sacrifice the entire population with an army led by Idamm, Katar's former right-hand man. As Carter and Idamm enter their final confrontation, London is under a full scale assault with only Carter and Xanadu on hand to stem the flow of blood. 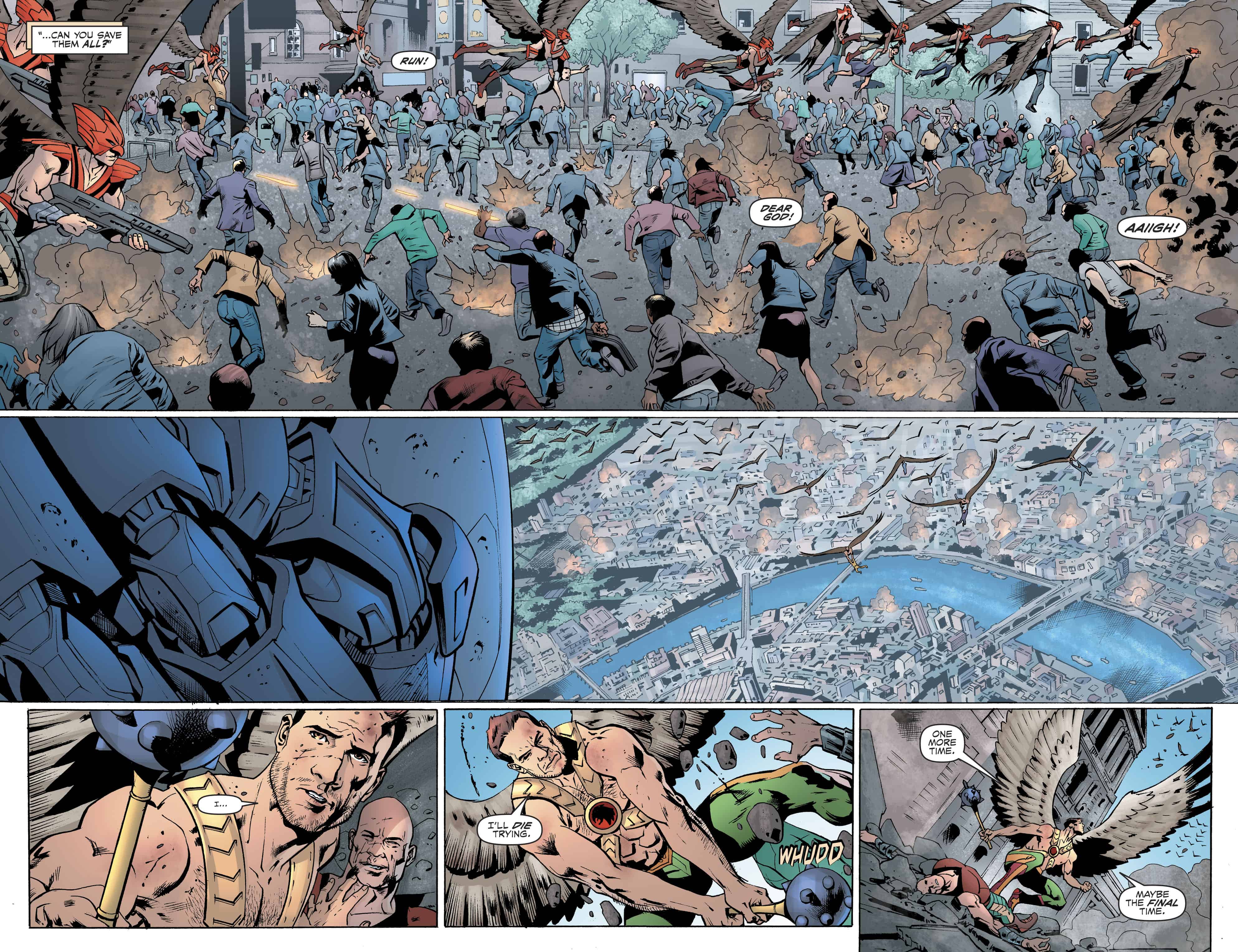 Witness a truly watershed moment in the lives of Carter Hall as he is forced to dig deeper than ever to find the strength to overcome his ancient foes and find redemption within himself. 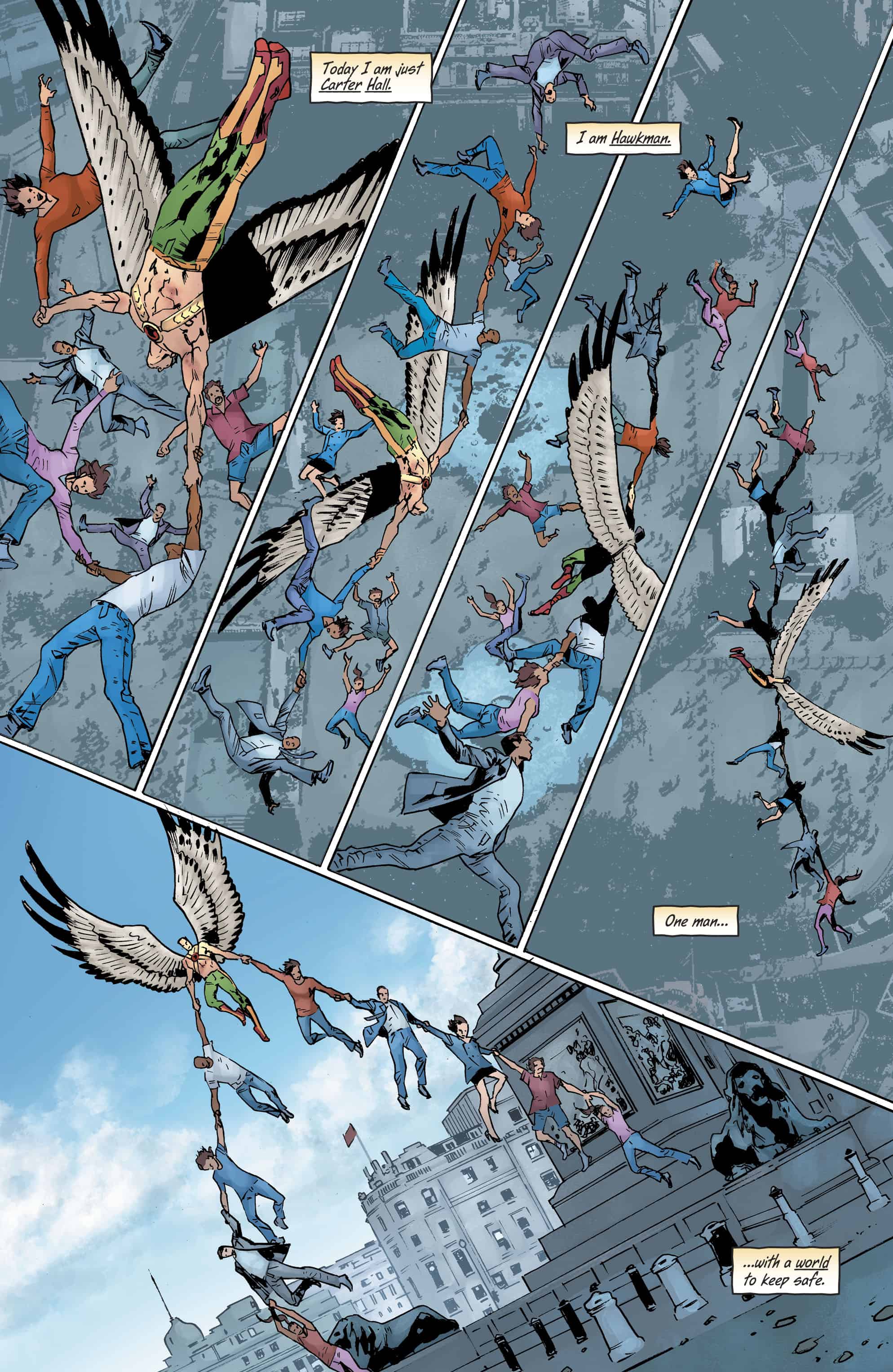 On Krypton, it was revealed to Carter that the weapon he needed to overcome the Deathbringers was himself. I’ve been reading this series as closely as any series in recent memory and I’ve been reading Hawkman comics for decades. What came next still caught me off-guard (although admittedly, I should have seen it coming. 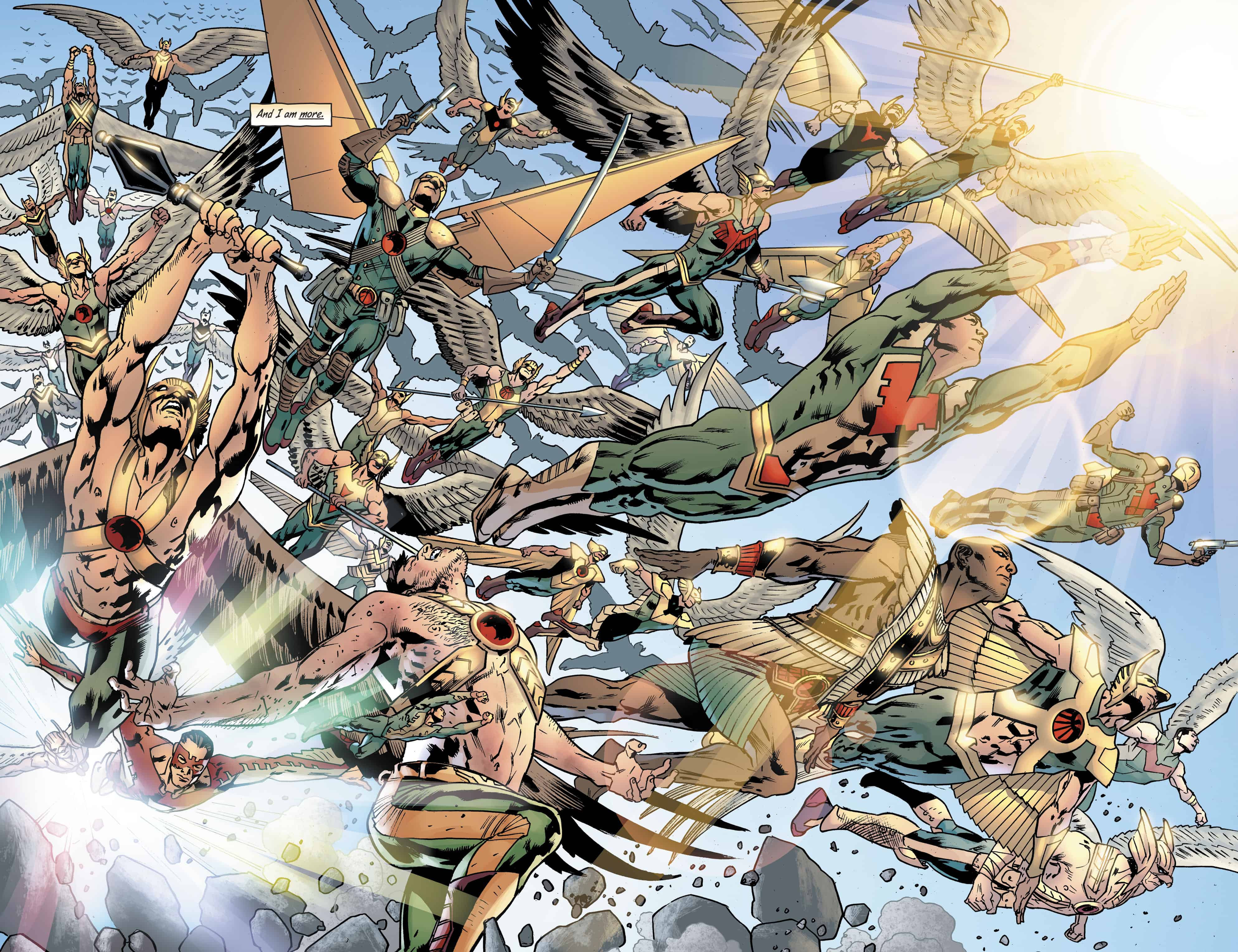 Carter managed to call forth all of his previous incarnations at once. Let’s start with just how breathtaking this page is. It was recently announced that #12 will be Bryan Hitch’s final issue on Hawkman and that announcement fills me with a deep sadness. At the same time, though, given the remarkable detail and attention he has put into this series over the span of a full year, following this series has been a true gift and the man certainly deserves a vacation (he does have two projects in the works, though, so maybe he won’t get that). I hope where ever he goes next, he takes Jeremiah Skipper with him because seeing a colorist that so perfectly complements the artist is a rare match worth hanging onto.

Venditti has been masterful in this series. The reimagined/restructured origin for Hawkman, in which he is on a mission of redemption that will culminate once as many lives are saved for those he helped damn, has led to this epic moment in which I’m not certain Carter will emerge on the other side. This one-man army may be just Hawkman needs to rest, a blessing and a curse. With only two issues to go in the Venditti/Hitch era, I anticipate a full-paradigm shift on the horizon.

Hawkman #10 feels like the culmination of all the mythos building Venditti and Hitch have so valiantly done. A truly exceptional issue.