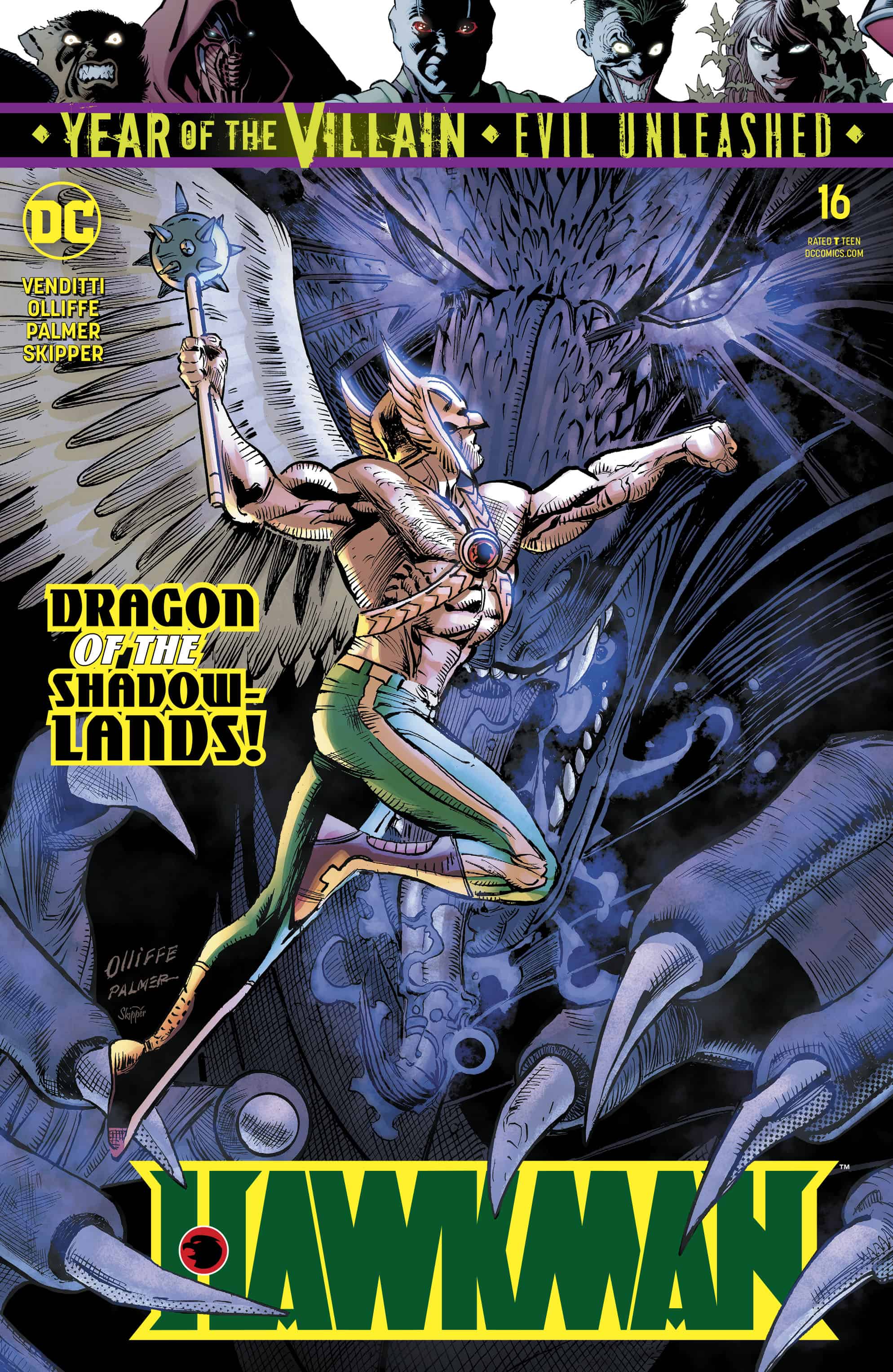 A wounded Hawkman and the Shade are forced to follow the newly empowered Shadow Master into the Shadowlands. In this place, the all-new and all-powerful Shadow Thief controls all. What hopes do a weakened Hawkman and Shade have against a god of shadows? 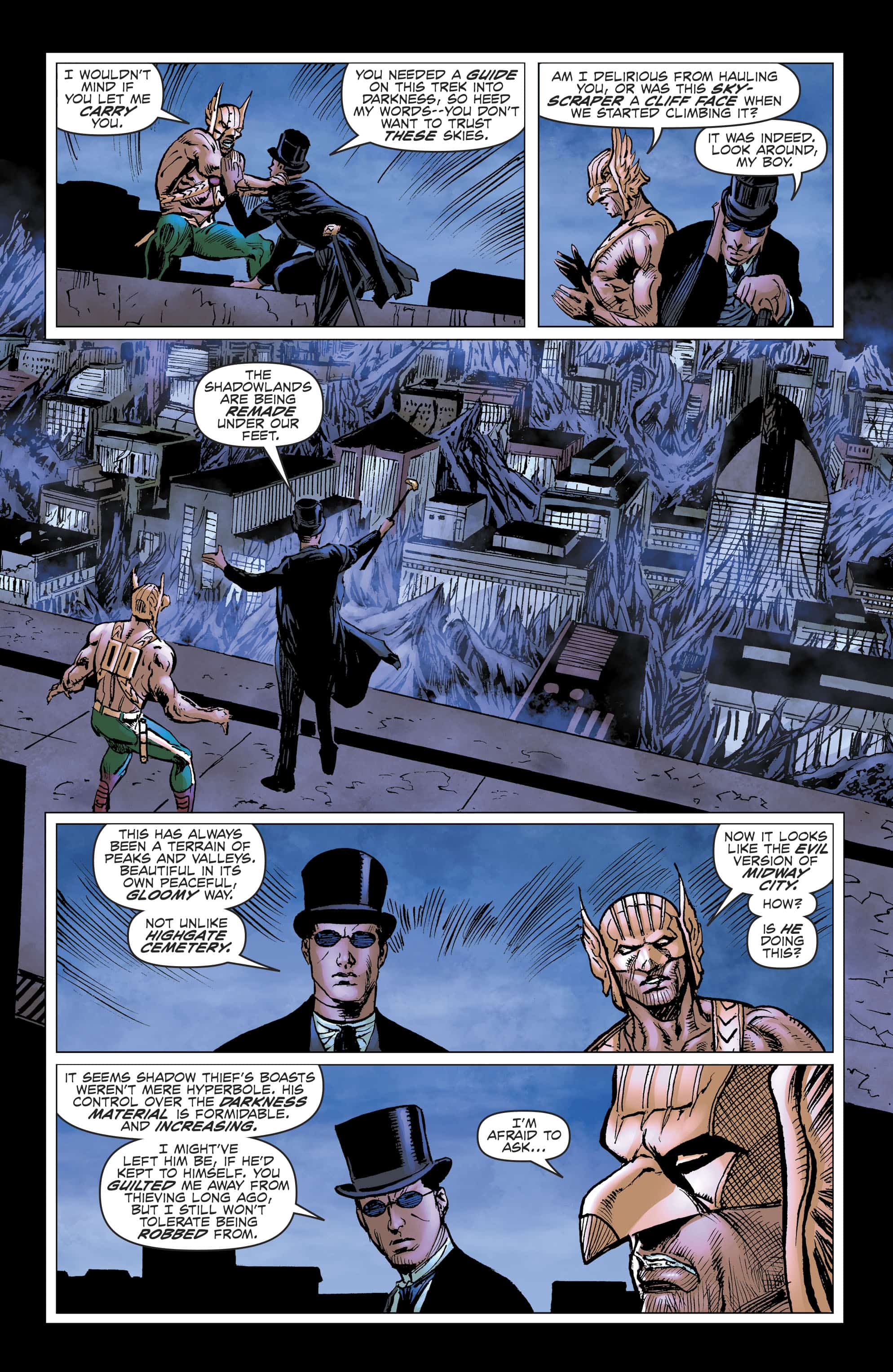 The current “Darkness Within” arc in Hawkman has taken a much more straight-forward approach than previous arcs, with far less mystery and circling back on the lore. Although this issue does feature flashback sequences to the first meeting between Carter and Shade, there is a distinct sense that the focus of the storytelling at this point is future facing. 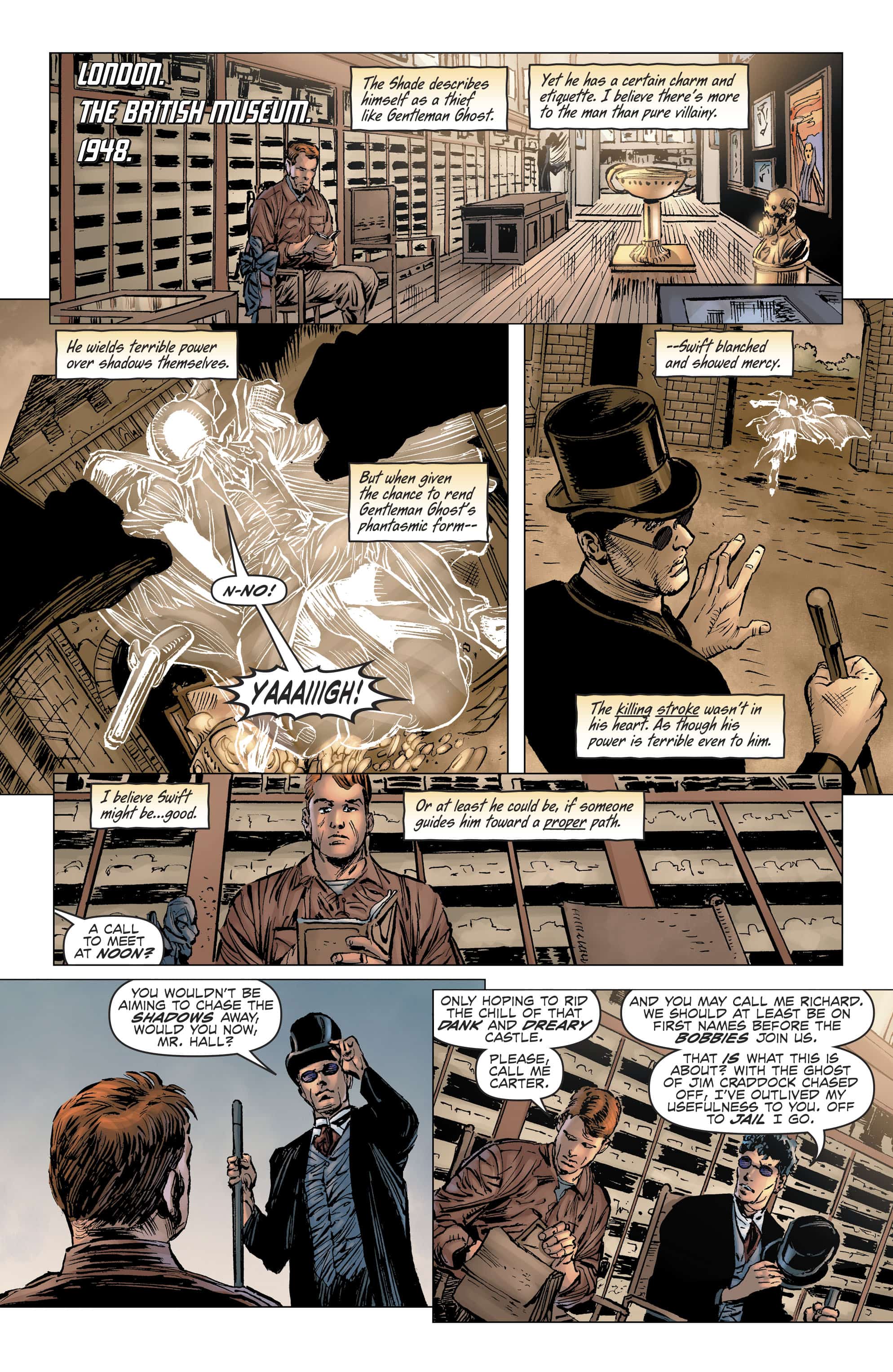 Oliffe and Palmer’s continues to grow on me on this book. Both are artists that I have enjoyed in the past and as the spectre of Bryan Hitch gets further and further away, the change in artistic direction feels far less jarring. With the focus on shadows in this book, Jeremiah Skipper also seems to have the chance to shine in his color work as he has through much of this series. 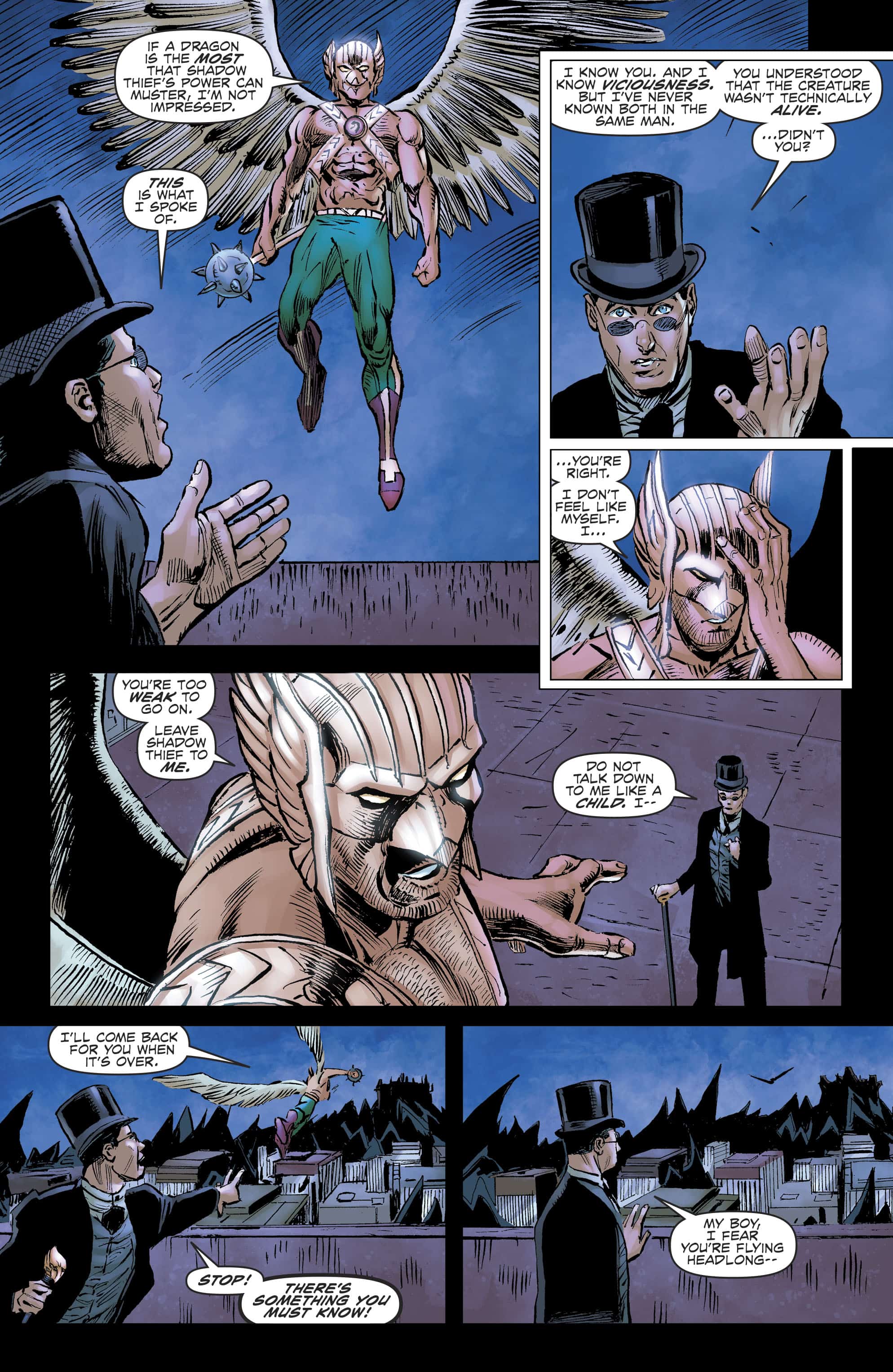 And speaking to the darkness our heroes find themselves in, the most striking element of this issue is Shade’s notation of the shifts in Carter’s persona towards a certain savagery. Taking into account the previous developments, the obvious answer would be something tied to the loss of his shadow but these changes feel deeper than that. Venditti seems interested in exploring the trauma of Carter’s access to his previous lives, as I have talked about in previous reviews, and this newfound anger, often associated with other versions of the character we have seen through the years, seem to be a manifestation of that trauma. It will be interesting to see how much of a factor this transformation plays moving forward, as we near the beginning of “The Infected” tie-ins, which will prominently impact the Hawkman narrative.

Hawkman #16 (Venditti, Oliffe, Palmer, Skipper) continues the "Year of the Villain" tie-in series while strongly hinting at future developments for Venditti's vision of the Hawkman character.