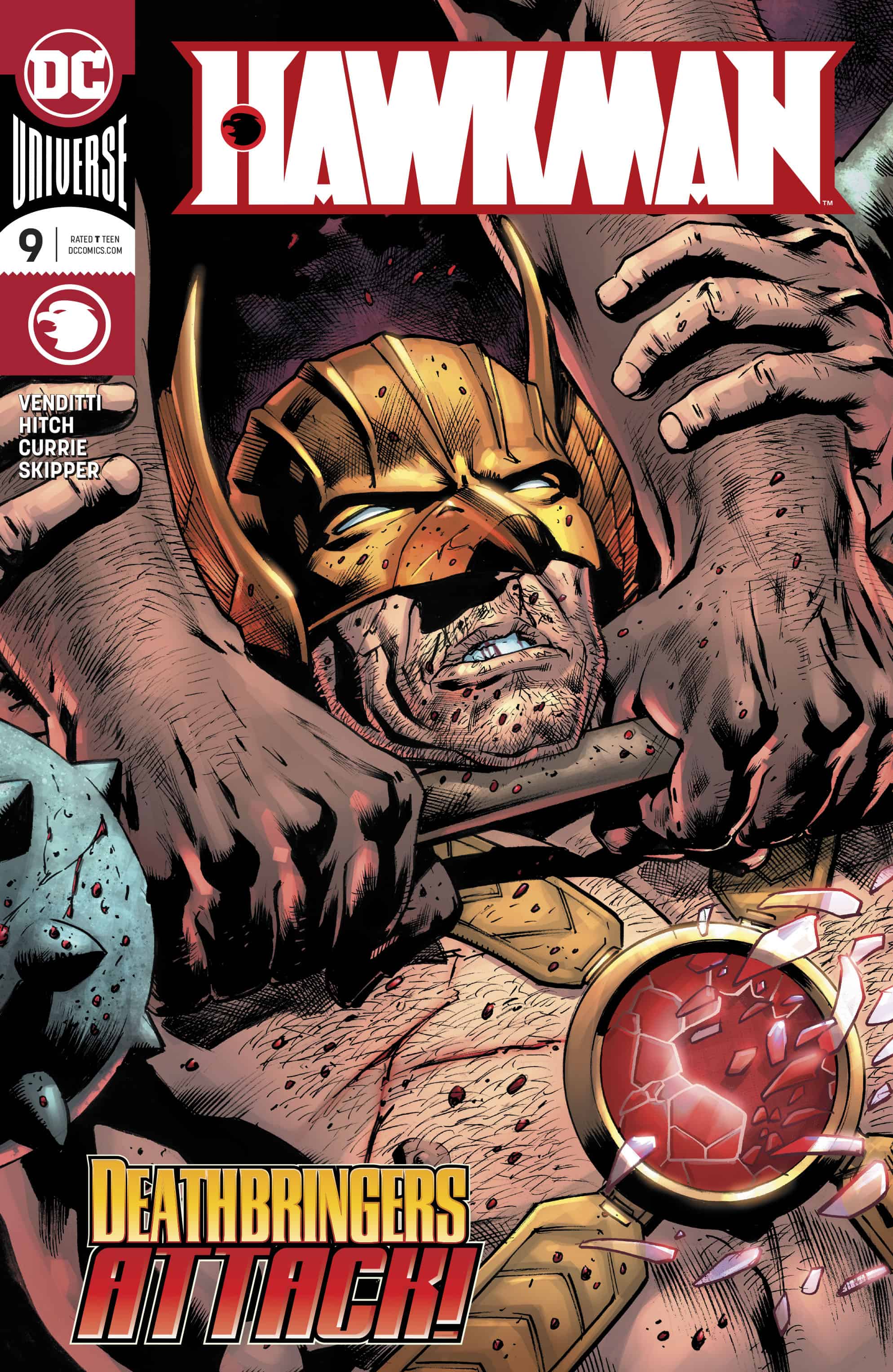 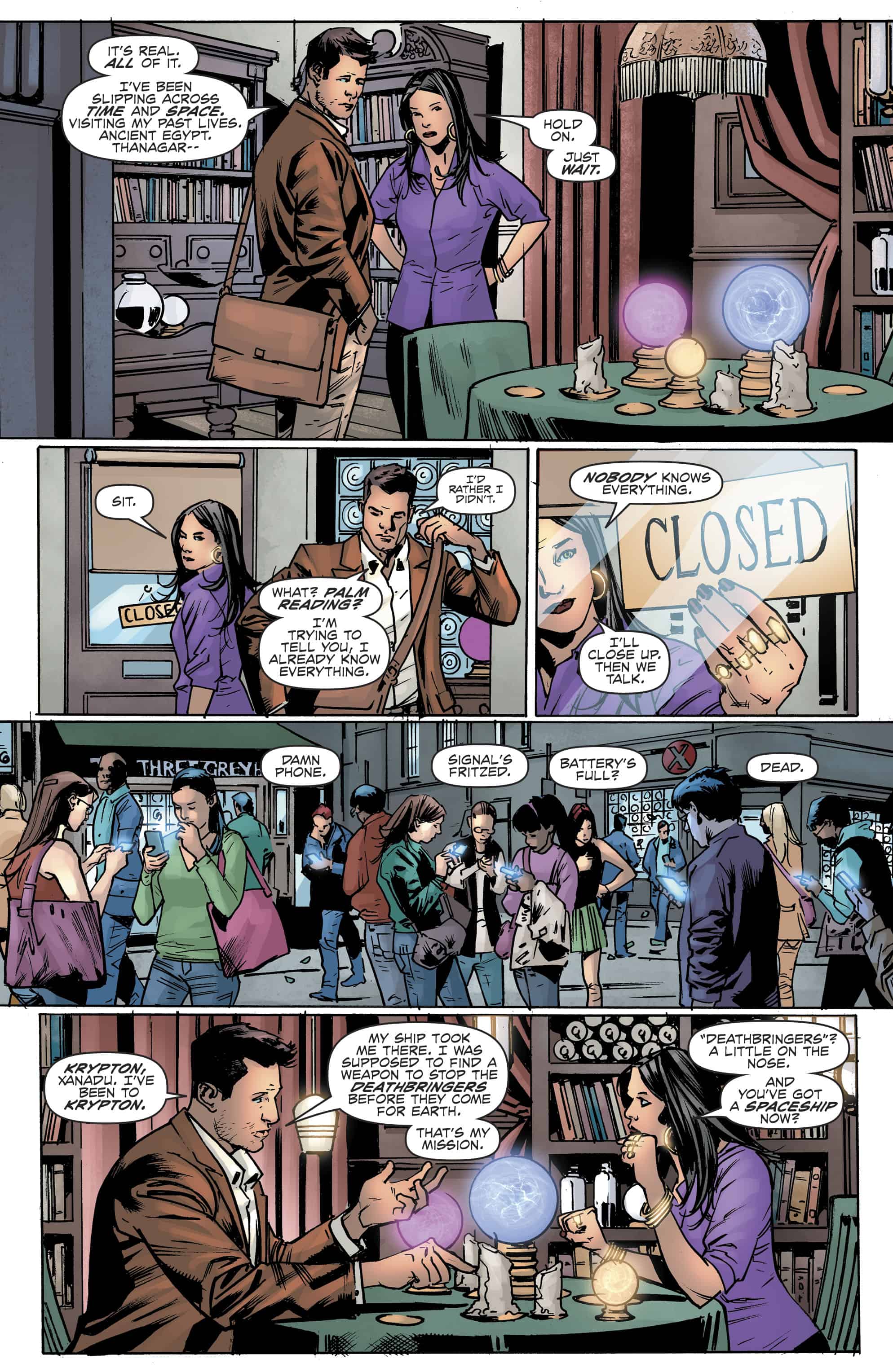 Back from his journey across space and time, Carter returns to Earth and revisits the place where his quest began-- Madam Xanadu's shop in London. As Carter scrambles to find some lost memory or secret piece of knowledge to arm himself against the Deathbringers, time runs out. The Deathbringers have arrived, with an army led by Idamm! 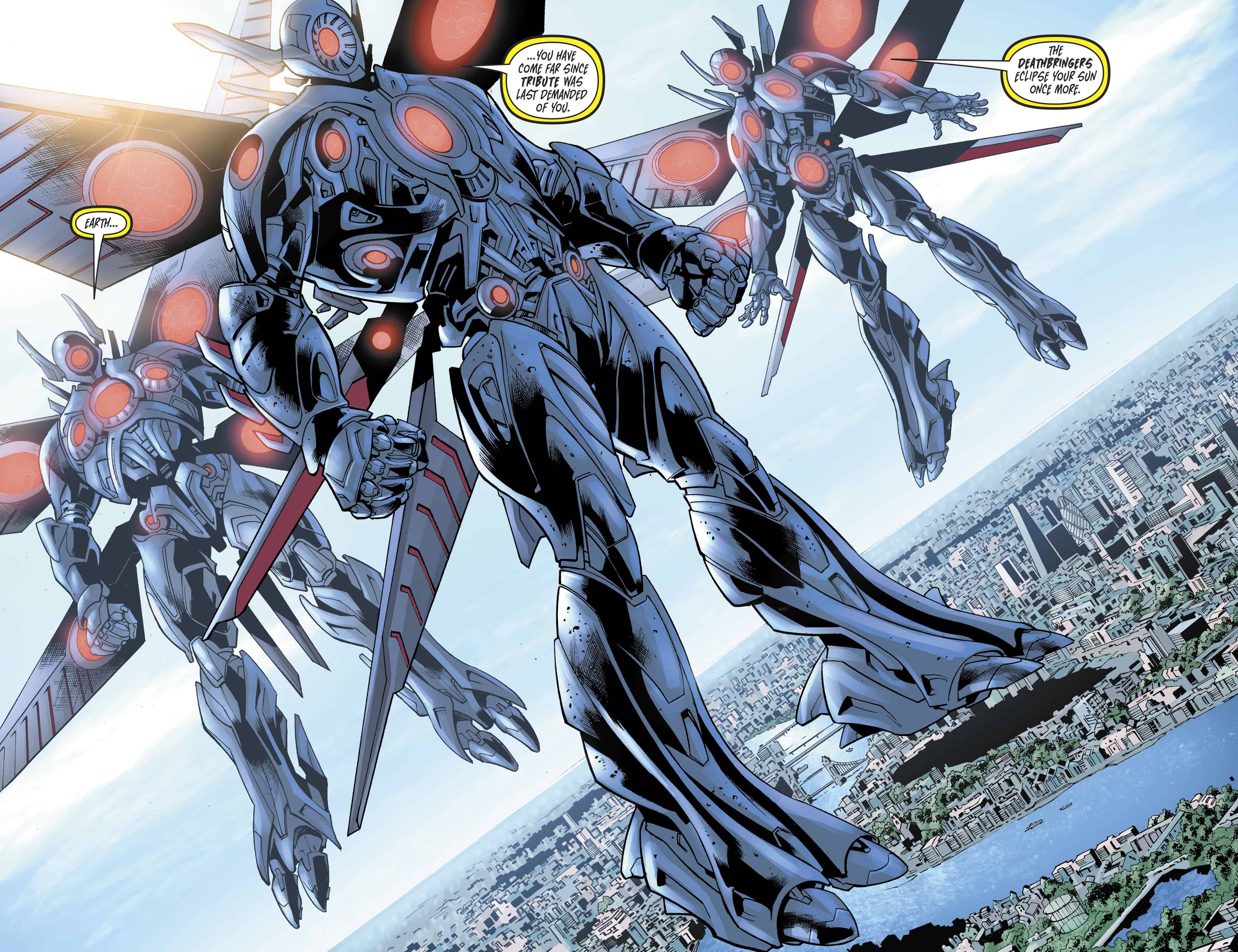 Hawkman has not been a slow-paced story, although some issues seem to take a step back from the action to acknowledge the depth of the Hawkman mythos. This issue takes no steps backwards. Instead, it is a full-frontal assault on the senses, delivering the impossible from page to page. Hitch sets fire to the page deploying a number of splash pages and two page spreads that still don’t quite feel big enough given the magnitude of the story. Skipper continues to use color to tell story as much as any other mode of narrative in the issue. Starkings and Comicraft provide pitch-perfect lettering in numerous styles. And then, there is Venditti. Venditti’s reimagining of the Hawkman origin raises the stakes to unimaginable levels. If Hawkman successfully saves Earth from his former protege and his cast-off gods, could the scales be evened? There is a genuine sense that if Carter is successful, his journey could feasibly end in a final, permanent death. But should he fail? What will remain? 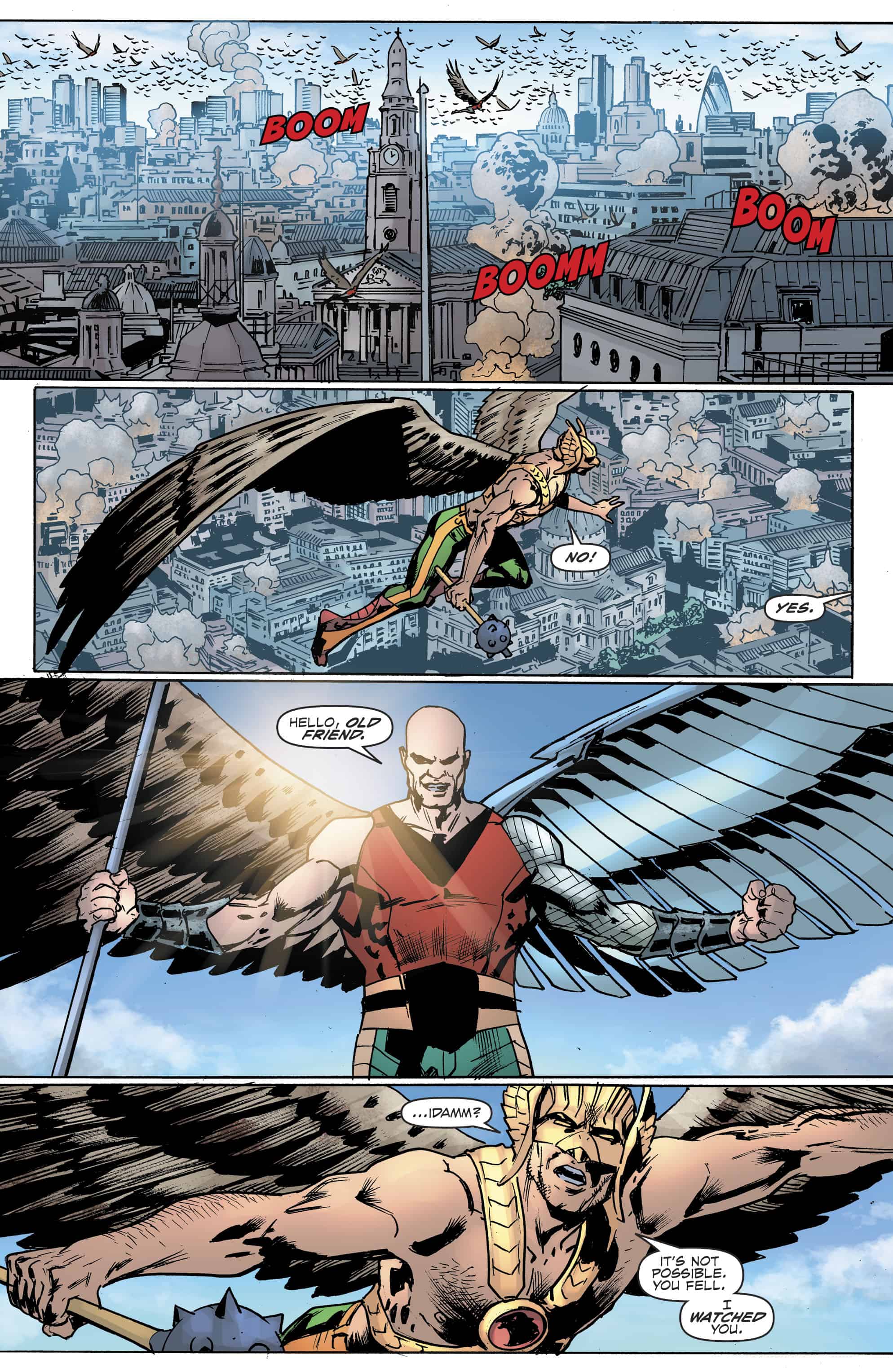 Hawkman continues to be the hottest, most well-constructed book coming from DC Comics right now.