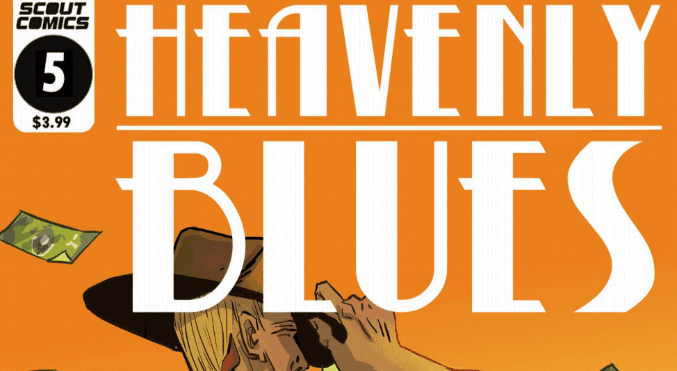 A cadre of master thieves in the slums of Hell have been approached by the angel Barbiel with a deal, steal an item from the enchanted vault of the archangel Uriel. The greatest thieves in Hell are headed to Heaven!

The thieves consist of the best Hell has to offer:

Barbiel: More of a figurehead than anything, not directly a thief, specialty: kind of a jerk

Jefferson has assembled a team of master thieves from all over history to commit one of the greatest acts of larceny of all time, they have to steal the motherfraggin Holy Grail! If they fail they’ll be sent to limbo to suffer forever, but if they succeed and drink from the chalice, they will be restored to Earth in corporeal form! 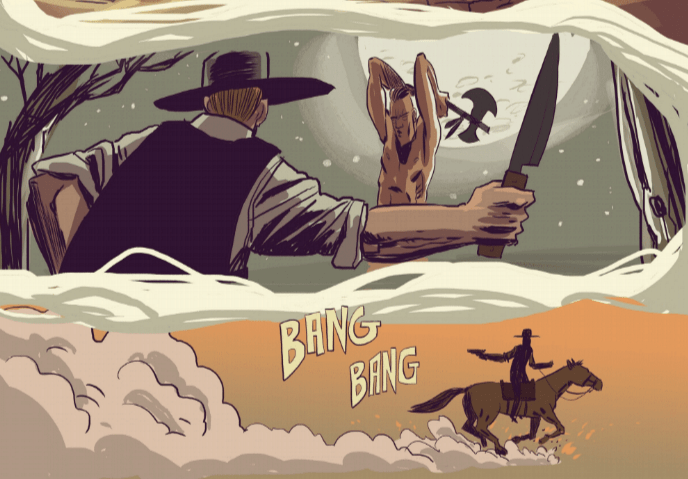 We open with Coin Counter’s backstory, I love it, you need to see it for yourself. A true story of a bankers son seeing his limits and telling them where they can run off to.

Coin Counter is going over the getaway with Amunet, the trains around heaven are an ideal getaway vehicle, they create their own tracks and can go anywhere. Coin Counter intends to steal one. Heaven isn’t set up to prevent crime, there is almost nothing in place to stop them, there isn’t even a lock on the cockpit door.

Suddenly Coin Counter spots a familiar face across the crowd, he’s been spotted! 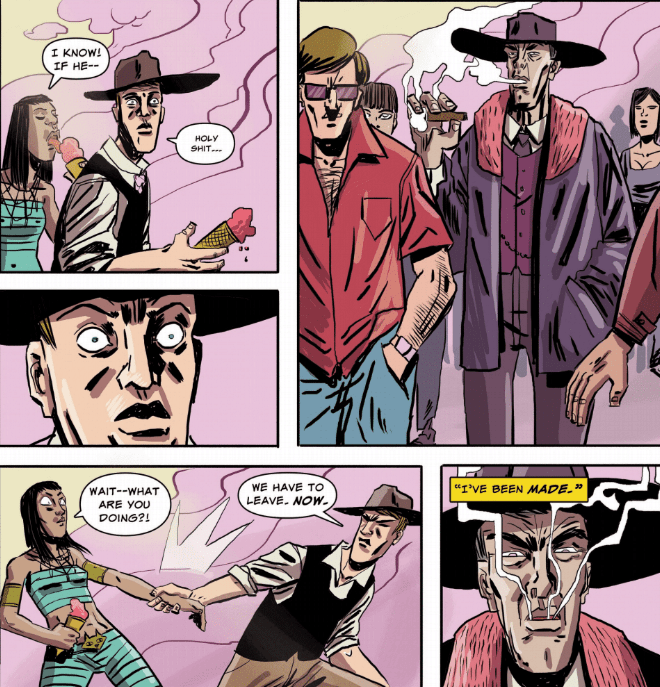 My goodness, I adore this series, the concept is novel, to say the least, and the story has been unbelievably good. The characters are all believable without being super-high profile (guess the big names all went to heaven?) and I love the cross-section across thousands of years of history.

Hell was represented excellently, especially the demon fight (issue 3) but heaven in itself seems kind of like that fancy mall with the outdoor walkways you never go to. I liked Erin’s disappointment at the supposed end all be all of destinations, a classic case of overhype I guess.

The archangel has been pretty cool too, this issue he got pretty biblical. (ha see what I did there) I seriously Cannot wait for next issue! This heist is happening! I’m surprised to say I’m not sure how this heist will go, victory is hardly assured for a cadre of the damned! Awesome!

The art is a little sketchy at times, but I don’t feel the book suffers for it, and it often works in the stories favor.

Man, this was a great issue! I can’t wait to find out what happens next! This series is an unexpected delight from Scout Comics!