Hell to Pay #1: Tales of Suspense! 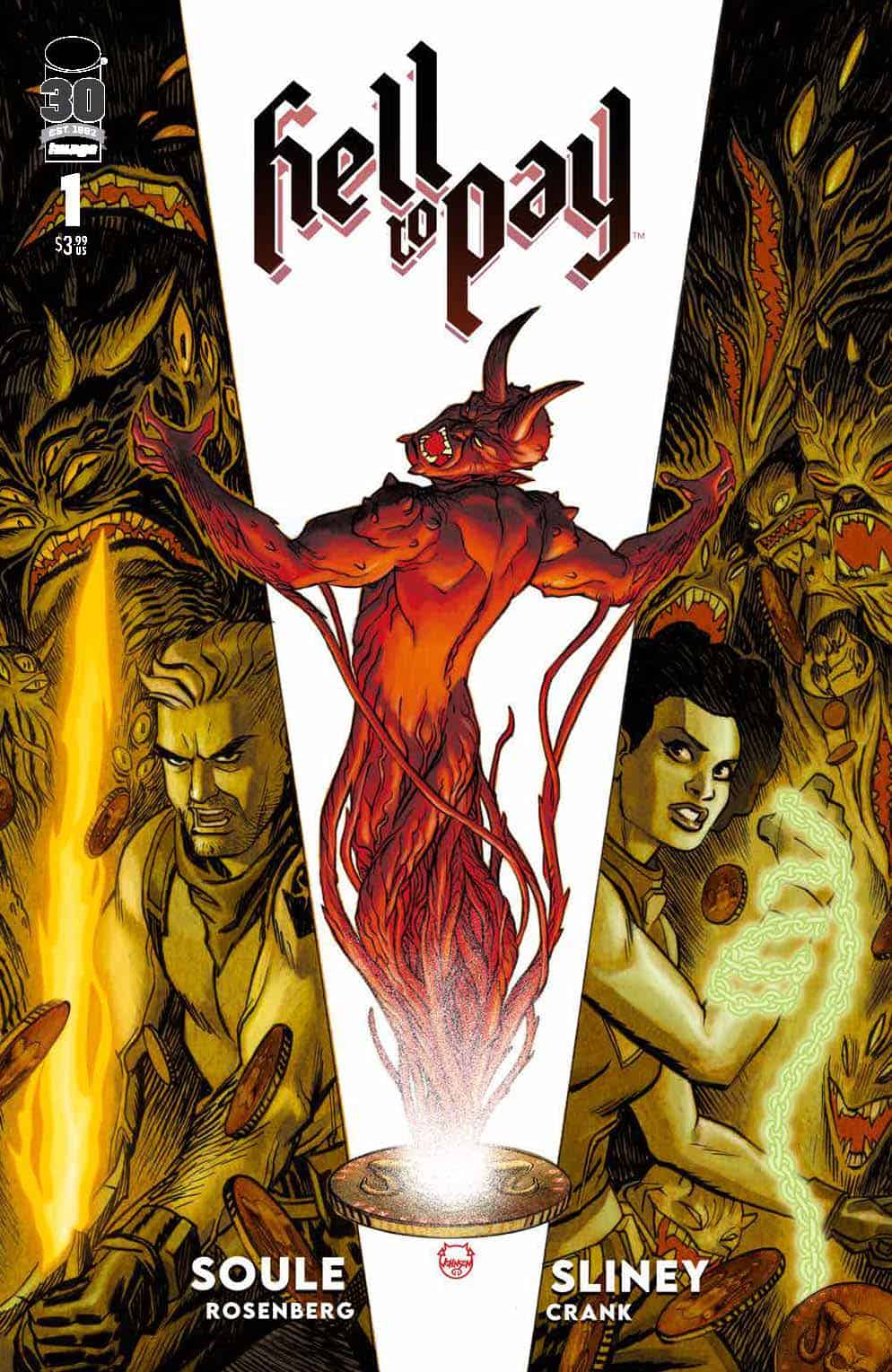 The Shrouded College will give you magic... but you'll incur a debt. Until it's paid, you belong to them. Married couple Maia and Sebastian Stone took that deal. They have worked for the College ever since, using their new abilities to track down 666 cursed coins: qurrakh... aka, the Devil's Dollar. Only a few remain. The Stones are almost free... but the devil's in the details.

I think we can always envision a comic that we read as being somewhat cinematic when it comes to its visual storytelling. The panels sets up the scenes, the dialogue sets up the story, and we can see it in our mind and can imagine it being played on the big screen. This is especially true (and thanks to MCU and DCEU, easier) for superhero comic book movies.

But Hell To Pay is a refreshing experience in a suspenseful mystery thriller that captivates you from the beginning and makes you wonder what else you’ll learn about the story. 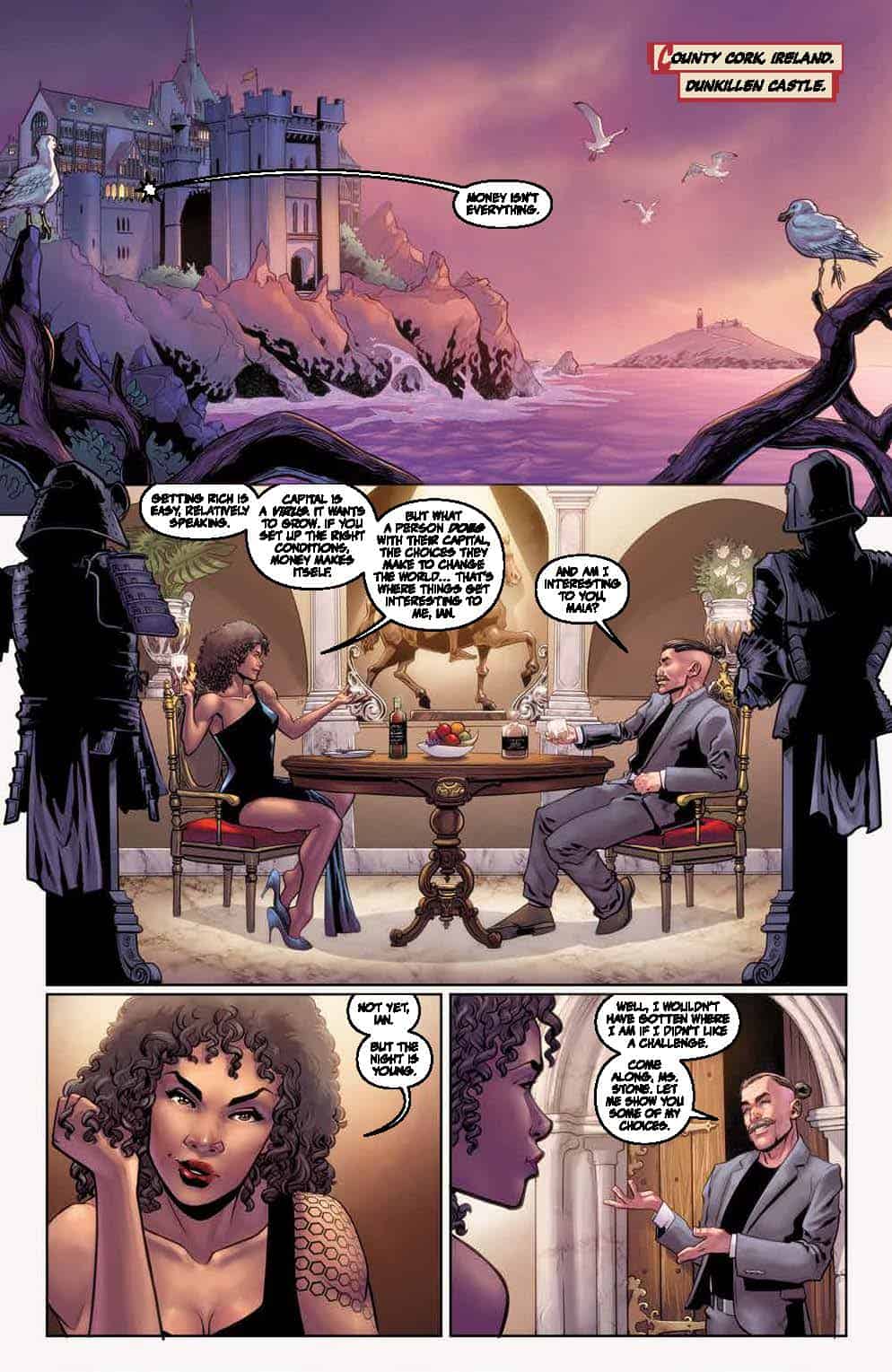 Writer Charles Soule does a fantastic job unfolding the story multiple times in this one issue. Using a frame story at the beginning pages, the reader learns about the foundational backstory of the series as it is being told by a mysterious wealthy man trying to pursue a romantic interest at his elegant house, showing off his collection. After he tells the fantastical tale of the origins of one o his items, we find that his romantic interest has actually been playing him this whole time, and we learn of her and her husband’s backstory in how they fit into this overall narrative. It’s a great way to give the audience the necessary background details that don’t sacrifice the progression of the story.

What I love about this style of writing is that it is giving us all of the pieces of the story at a glance but not enough to yet know how it all fits together. After reading the first issue, it already gives you a sense that we need to find out more about this story in order to solve the mystery that it sets up. Reminding you of a mystery spy thriller, you’re rooting for the main protagonist as you find out what’s at stake for them while at the same time realizing that you don’t really know THAT much about them. But if a writer can get you to care about the main characters with as little information about them as what we have now, that’s a clear sign that they’ve done a great job getting you invested in the story. 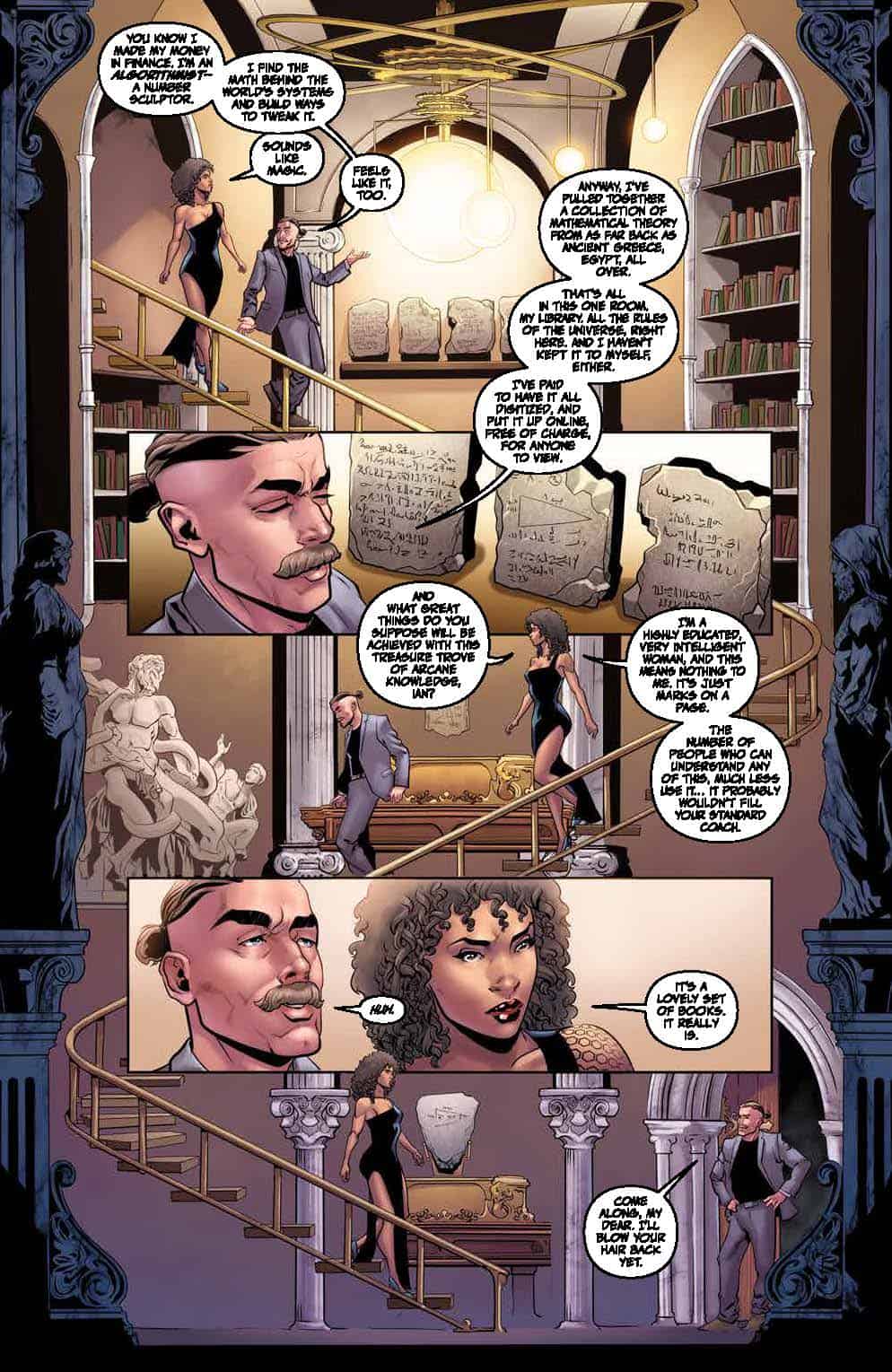 Where the writing draws you into the story, the artwork is what sells it as a story. Sliney’s artwork is an example of how you can utilize framing and environment to utilize most of the comic book medium. I love how on the first page we see Ian and Maia sitting at the dinner table but Sliney also uses the framing of the room to help frame the panel as well as using the medieval armor posts to break past the frame to give you a sense of flow from scene to scene as well. Rosenberg’s coloring adds detail to the story that makes it come to life in every aspect of the story, from the main framing story to the backstories we get in Hell and from Maia’s and Sebastian’s recruitment from the Shrouded College. She captures the lighting of the colors very well to give you a sense of realism in the panel. Overall, the entire team has done a great job with creating this story in its form that I haven’t seen from a new property in a long time.

If you're looking for a story that has mystery, action, suspense, and thriller, Hell To Pay is the way to go. From the first pages to the end of the issue, you're going to wish that they released it as a graphic novel because the first issue alone makes you feel like you just got a teaser and left wanting more!

Hell to Pay #1: Tales of Suspense!