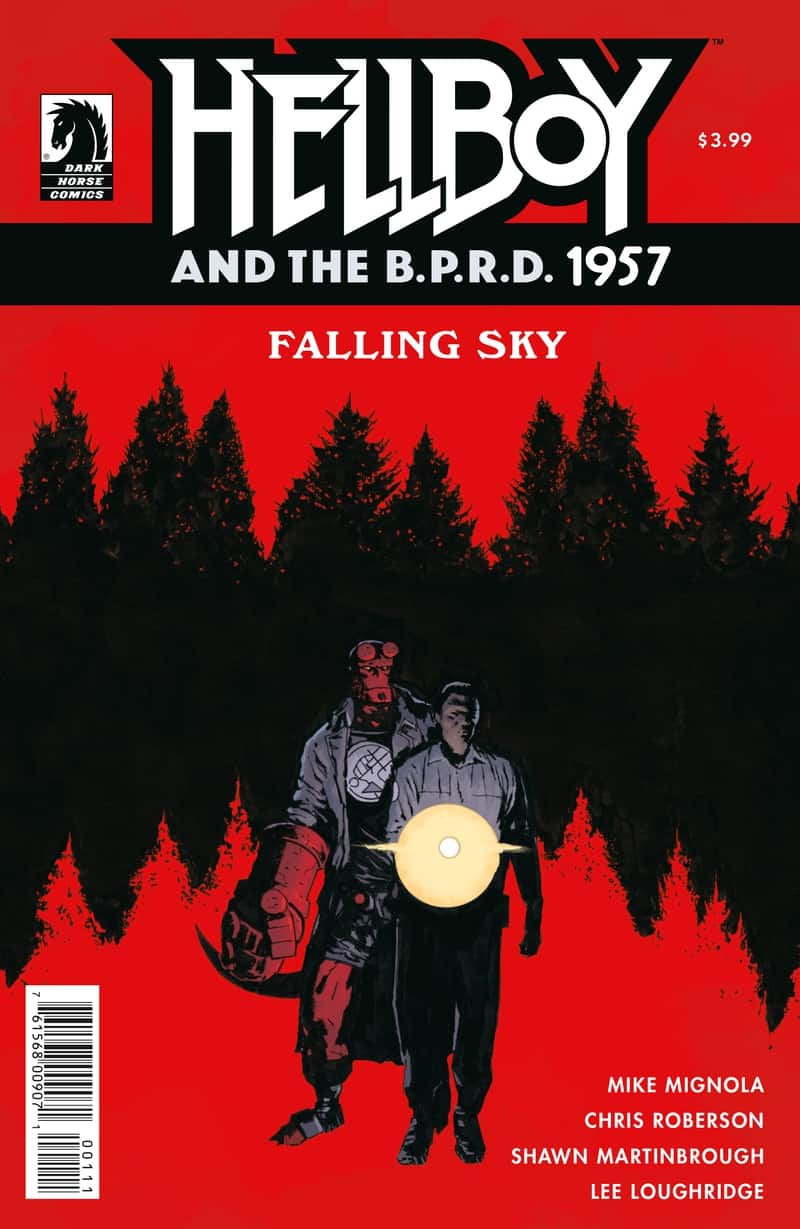 A new researcher is joining the Bureau for Paranormal Research and Defense in hopes of finding a new cryptozoological species. Hellboy encounters many creatures, demons, spirits, and monsters from hell, but usually there's a mess and he leaves no survivors. Engaging with cryptozoological creatures isn't something he has encountered before. However, researcher Dr. Woody Farrier believes this is the opportune setting to study and search for an undiscovered species.  He is initially hired on as a researcher with occasional field work. Thus began the unique and unlikely partnership in 1953.

Nearly four years later and now the leading researcher in cryptozoological studies, Dr. Woody Farrier is almost never in his lab. Teaming up with Hellboy in their many adventures over the years for the Bureau of Paranormal Research and Defense has exhausted all excitement and spontaneity for the good doctor. On assignment they are sent to investigate disturbances in a small town. The woods have a creature that terrifies the town folk. At the request of the mayor, Hellboy goes into the woods with Dr. Farrier to identify the creature. They come up empty handed in their initial search. After speaking with some with the Mayor back in town they determined it was a weather balloon and some animal tracks, or was it?

This is classic Mike Mignola, sending Hellboy into another mystery to be solved. Hellboy is quite possibly my favorite indie comic hero. I never get tired of the unlimited monsters he battles for humanity. The same could not be said for his partner in this issue, Dr. Farrier. Like all scientists they want to be the first to discover something new and  change the world. Lab coats and research is all he knows. But in the field he has the chance to study creatures he never would have in any other lab outside of the Bureau of Paranormal Research and Defense. It’s the chance of a lifetime and he casts it aside with no gratitude or appreciation for the work that they do.

As usual, the artwork for Hellboy is all its own and can not be duplicated in any other comic. The blocky shadows and thick lines to enhance the dark world he protects humans from. All Hellboy readers will appreciate the look that Shawn Martinbrough continues to give Hellboy. Its nostalgic and reading the book the art keeps the setting in a shroud of mystery. If another book comes out with Dr. Farrier and Hellboys travels I would read it.

Now to play devil’s advocate, no pun intended. This was not as intense as some of the Hellboy stories can get. You could say this issue lacked some action that even I as a sincere Hellboy fan was left wanting. No disrespect to Mike Mignola but Hellboy is a fighter, he needs to fight a little more in this issue. Hellboy never lets me down, but this was not my favorite book.

Mike Mignola has set the bar high and sometimes misses the mark he set for his beloved character. This issue was good and I would continue if this was to be a series. However, this is not the first book I would show friends to introduce Hellboy into their comic book library.

The idea of a new undiscovered species should be enticing to readers, especially in the Hellboy universe. More could've happened in this book than actually did. But all in all it was a good read and Hellboy will always be one of my favorite heroes.