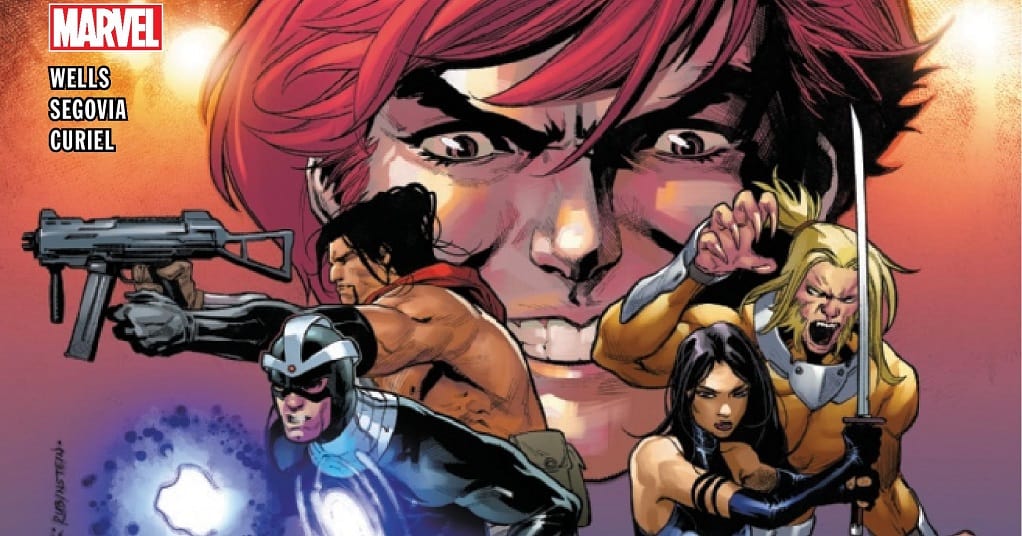 The HELLIONS are at the mercy of ARCADE as they face his new psychological MURDERWORLD!

The dream sequence is a longstanding narrative device writers can use to develop a fictional character’s interiority and reveal to readers what lies under the surface. In Hellions #10, writer Zeb Wells and artist Stephen Segovia use the dream sequences trope on six different characters in a dizzying, disorganizing, and brilliant superhero psychoanalysis session. The team itself is a pseudo-therapeutic experiment for mutants that require different forms of sociality not available to them before the Krakoan era. Mastermind’s powers of psychic illusion allow this book’s creative team to take the experiment to the next level by depicting the characters’ unconsciousnesses visually for the graphic medium and in a high-adrenaline way for the superhero genre. The result is an issue that celebrates the messiness of its cast in order to add more depth without exorcising what makes them so strange and exciting. 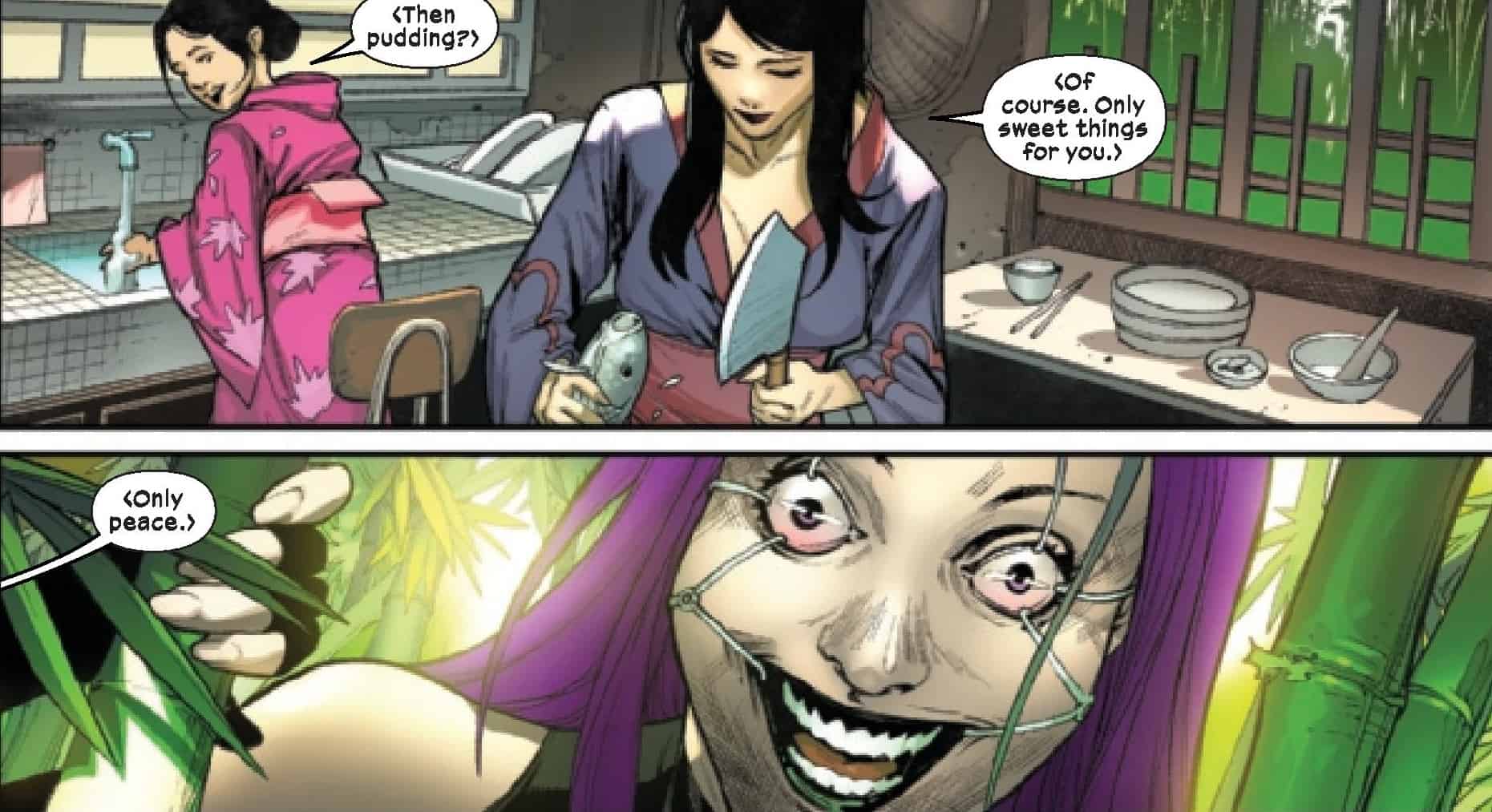 The Hellions are trapped in Mastermind’s illusions so that no one can save Sinister from making Arcade his very own clone farm. Kwannon’s tranquil fantasy life with her daughter is shattered when a monstrous Betsy Braddock, wearing the controversial Psylocke outfit, attacks. Her psychic cry for help reaches her teammates as their own fantasies begin to distort. Greycrow’s desire to justify killing men in war unravels when his victims transform into the innocent and defenseless Morlocks he murdered; the Alpha Wildchild is violently forced into submission by other feral fantasy constructs; Empath’s indulgences provokes the wrath of everyone he has hurt; and Nanny’s many wards become violent little demons. Havok’s passion for Madelyne Pryor in particular will provoke conversation as he becomes the sub to her dom, confirming what has been implied for decades. While these illusions seem to be dreams transformed into nightmares, the distortions actually represent a longstanding repressed conflict each character has with themselves or with others that they secretly long to resolve. 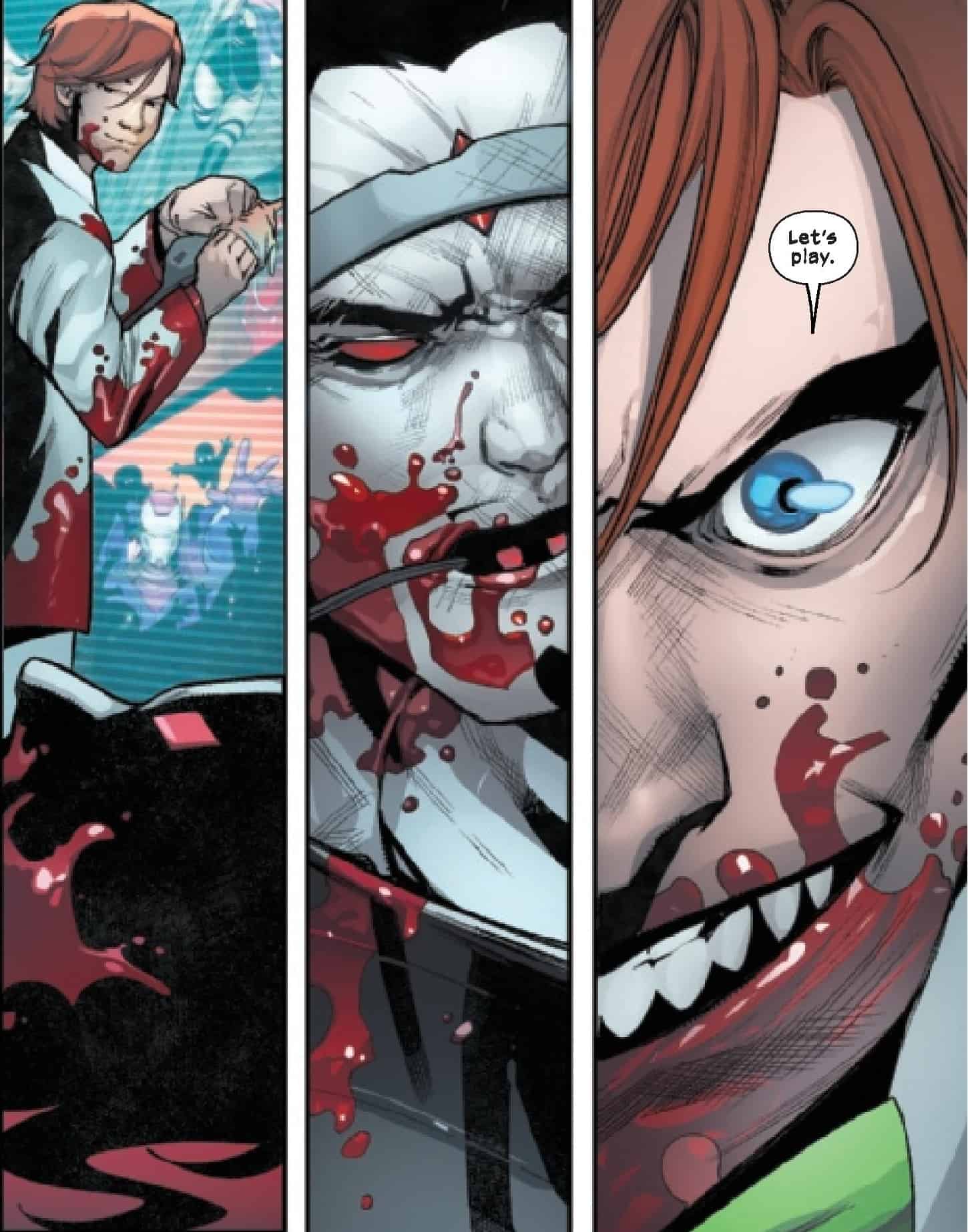 Outside of these dreamscapes, Arcade tortures Sinister into a Pavlovian dog, whose snarky resistance provides this issue’s dark humor. The book’s ongoing interrogation of Sinister’s motives is put on hold by Arcade’s sadism while he creates a Murderworld as distorted by violence and intimidation as by Mastermind’s illusions. Reality is consistently “confirmed” by a mostly unseen remote assistant, but it becomes apparent that these reality checks only confirm Arcade’s egotistical neuroses instead. Rather than the alliance teased last issue, Arcade is actually using Mastermind’s kidnapped daughter, Martinique, to leverage his cooperation. Wells needed an illusionist for this story and the logistics of Mastermind’s involvement here seem more practical than the nuanced approached to one of Krakoa’s more disturbing mutants I was expecting.

Segovia’s art is up to the task of depicting the various mental states of the issue’s characters and their dreamscapes. The full range of emotion is on display in the character work, and the visual horror is well balanced with the book’s consistent humor. The five rectangular horizontal panels for each page given to a Murderworld room creates a sense of consistency and ease that contrasts effectively with the more chaotic panels depicting violent dreams later. David Curiel’s colors do a good job maintaining the coldness and dread of Arcade’s facility, but they really get to pop when depicting Psylocke’s seaside paradise and Nanny’s technicolor psychedelic mutant orphanage.

The history of body swaps, massacres, and psychosexual fantasies are often swept under the franchise's rug, but Hellions proves that the X-Men's unruly subconscious is exactly where this book wants to be.