Hellions #11: Sinister is the Worst 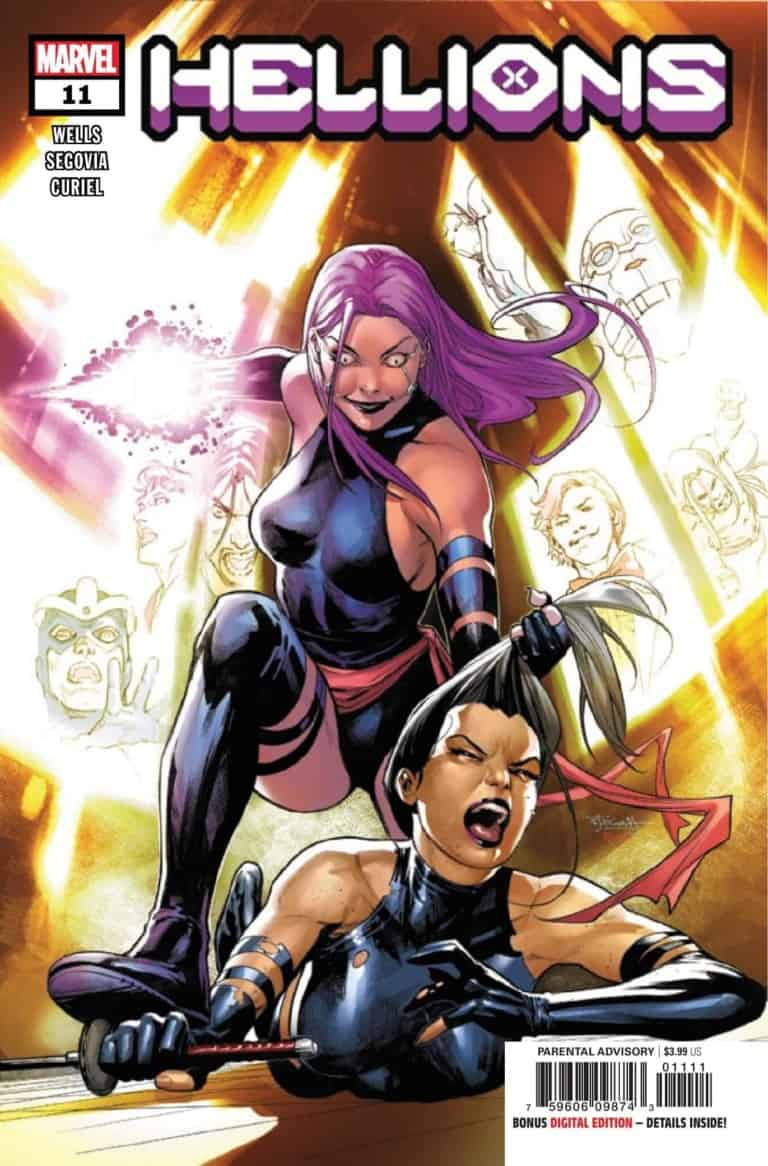 PSYLOCKE vs. BETSY BRADDOCK in a 30-year-long battle! EMPATH’s misdeeds come back to haunt him! And MR. SINISTER’s teeth hurt. What IS going on here?!

Forming the Hellions was a great idea. Putting Mister Sinister in charge of them was not. Krakoa offered all mutants a chance to live united in paradise and some of the X-Men’s classic villains have accepted peace in good faith while others have not. Mastermind and Sinister are particularly tricky villains for this status quo given their list of sins, and Hellions #10 demonstrates that in some cases the worst are still the worst. In a twist, Sinister and Mastermind have secretly orchestrated the conflict with Arcade to create an unsanctioned clone farm kept secret from Krakoa and in Sinister’s control. Only Kwannon knows the truth.

These events are alarming for a number of reasons. Not only does the situation abuse the purpose of the Hellions to create healthy outlets for mutant powers, but also involves mutants breaking one of Krakoa’s three rules by killing at least one human. Hellions has become the book to watch for developments on one particular plot thread from Powers of X: Chimeras. Sinister’s secret clone farm might be the first step toward the genetic meddling that creates a dystopic future of amalgam mutants.

Hellions has successfully spotlighted Kwannon/Psylocke and given her much needed characterization after being subordinated in her decades-long merger with Betsy Braddock. This newfound prominence is perhaps what makes her powerlessness at the end of the issue so frustrating to me. On the one hand, motherhood limits her agency and gives Sinster the leverage to manipulate her. But on the other hand, the tension between Sinister and Psylocke drives the story forward and effectively makes the latter the book’s main character. Down the road, if Chimeras become a line-wide storyline, Psylocke will be central to paying off Sinister’s storyline and this issue makes her possible triumph more satisfying.

Stephen Segovia’s art once again finds a balance between horror and comedy that makes each issue so fun to read. We see the Hellions experience the highs and lows of their orchestrated scenario, running from their nightmares and feeling the camaraderie built through their perceived victory. Endearing a group of obscure misfits to readers has been one of the book’s successes and the art plays no small part in showing them as fully fleshed-out characters that deserve to be cared for. The art, however, keeps reminding me that Psylocke needs a new costume. I have a minor gripe with the choice of phonetically spelling words to communicate Sinister’s recent “root canal.” The few gags aren’t worth the loss of clarity in explaining the issue’s pivotal twist and I had to read those panels twice to understand how this issue recontextualized the last two.

The issue does not exactly deliver on the promise of its solicitation. While the absence of Empath is fairly minor, the Psylocke/Betsy misdirection is not. It seems as though the history between those two characters is too complicated and too problematic for X-writers to tackle in a comprehensive way. Like other books in the line, Hellions dangles the conflict over the characters’ heads without much progress. Wells and Segovia have other priorities and, thankfully, those priorities are more interesting. 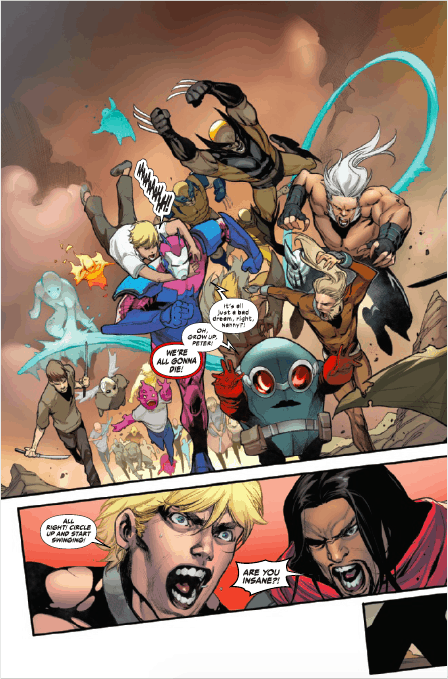 Hellions has pivoted into a possible major role in the line while balancing between horror and comedy.

Hellions #11: Sinister is the Worst