Hellions #12: The Hellfire Gala is Bananas 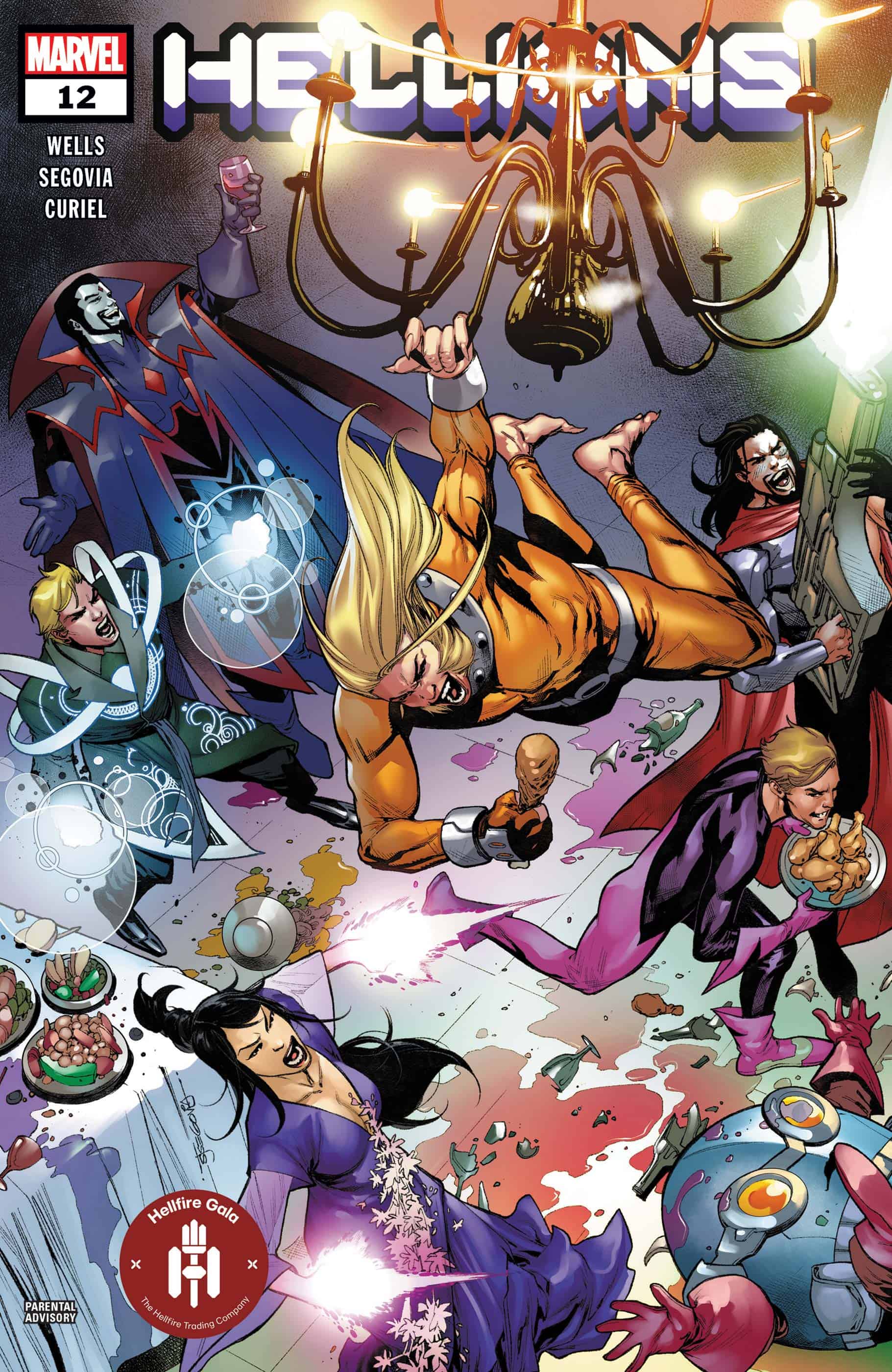 WHO INVITED THE HELLIONS TO THE HELLFIRE GALA?
Who thought it was a good idea to invite the antisocial HELLIONS to the fanciest bash of the year? Oh, no one? They weren't invited but they showed up anyway? Yeah, that sounds about right

The Hellions crash the party! Having just wrapped up a storyline establishing Sinister’s secret clone farm, the Hellfire Gala is perfectly timed as a breather between arcs that brings the book’s simmering character dynamics to the forefront. This issue is first and foremost a comedy. Normally sequestered to their own team, the misfit mutant Hellions get to interact with the wider Marvel Universe in humorous ways through this tie-in issue. While the other X-Books get to dazzle with extravagant outfits, Segovia and Wells indulge readers with perfectly executed character moments.

Psylocke, Havok, and Mister Sinister are invited to the Gala and do get to dress up for the occasion. The burgeoning chemistry between Kwannon and Greycrow heats up this issue, delivering possibly the steamiest romance in the Reign of X. Havok finally finds an opportunity to question the Quiet Council on their decision to not resurrect Madelyne Pryor and is customarily dismissed by the ever-dismissive Xavier and Magneto. Mister Sinister’s sinister-ness is thinly veiled behind the witty dialogue Wells writes for him until he is inelegantly exposed by a drunk Nanny. The wider Marvel Universe would no doubt question Sinister’s presence at the party and Wells makes great use of these interactions.

The rest of the team shows up uninvited and inevitably raises some hell. This issue showcases how bonded the team has become to each other, even if Havok is still embarrassed by his association with them. Conflict arises after Wild Child sees his ex-girlfriend Aurora with Daken in a story beat that both plays nicely with X-Factor and touches on previous continuity between these characters. Encouraged by Greycrow’s well-meaning advice, Wild Child confronts Daken while Empath, Nanny, and Orphan Maker add fuel to the fire. Empath somewhat sweetly uses his powers to make Orphan Maker confident and happy, mimicking the effects of alcohol. Pete avoids “underage” drinking while still able to act out his immature impulses (“Bananas!”). Seeing non-combative use of powers communicate bonds between team-members is exactly what I want from a mutant book. I hope this review is communicating how well-balanced this issue is across all its cast members.

Segovia does an excellent job executing the comedy. Nanny’s and Sinister’s body language is particularly well done as both those characters are prone to stealing the show. I said in a previous review that I look forward to seeing Psylocke take down Sinister when that plot arises, but I hope that Nanny can be right by her side. I really enjoyed the visual gag of Nanny pouring booze on her face with the particularly effective “burping” lettering from Ariana Maher. Segovia’s art continues to make these mutants likeable, fallible, and even strangely charming.

There are too many character interactions to cover in this review, but this Hellfire Gala tie-in demonstrates how dedicated the creative team is to the spirit of the X-books, both of the past and present. Every panel and every wordbox is the result of research, thoughtfulness, and care. The book doesn’t try too hard to be what it is, and the result is a sense of effortlessness built on hard work that is absolutely enjoyable to newer and older readers. 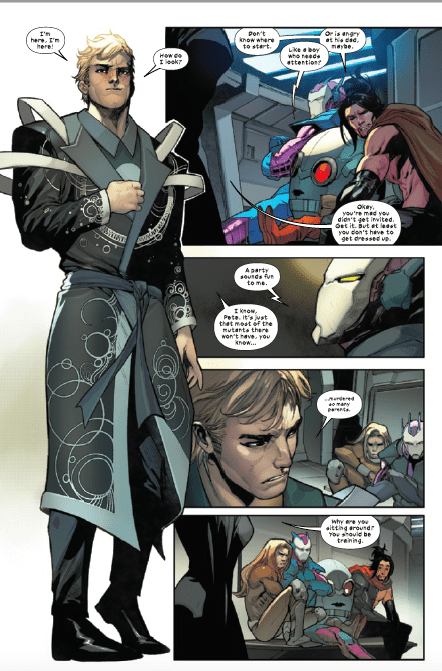 This Hellfire Gala tie-in issue of Hellions leans toward comedy and consistently nails the punchline. Wells and Segovia get the balance just right as each character gets a moment to shine or get dirty. Readers might expect fashion, but they will be dazzled by the depth of the character interactions at Marvel's biggest party.

Hellions #12: The Hellfire Gala is Bananas