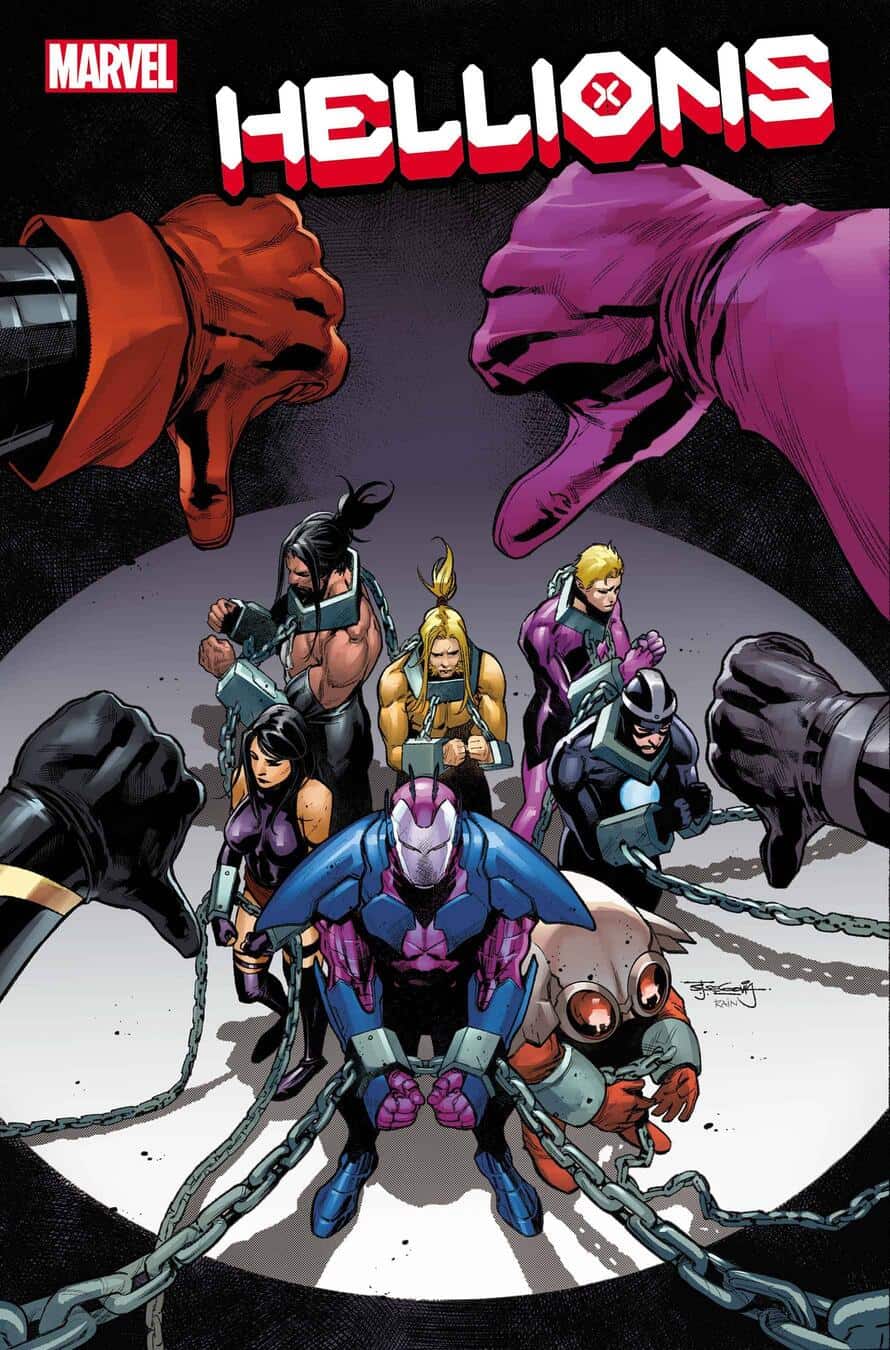 HELLIONS NO MORE! ORPHAN-MAKER has committed a horrible crime. As he faces the ultimate penalty, the cracks in the HELLIONS team are on full display. Secrets, betrayals, alliances and loss all come to the surface as the fallout of Orphan-Maker's actions threatens to end all the Hellions have worked toward! Plus: The return of a fan-favorite X-character in a decision that will rock the foundation of Krakoa!

From the start, Hellions has been one of the most fun series of the current X-Men tittles. The series has been both action packed and hilarious from issue to issue. It saddens me that with issue #18 we are brought to this series’ end.

This issue opens with the Hellions returning to Krakoa, only to be apprehended by the X-Men. As tension rises some punches are thrown. This confrontation was fun but there was more to it then fighting that I loved. We see in the scene how this dysfunctional team became a strong bonded family. I loved how the team members are shown to care about Orphan-Maker’s fate.  The way they defend him is heartwarming and really shows how far they’ve come as a team.

I also really enjoyed the council meeting regarding Orphan-Maker’s consequences. I love the way Zeb Wells writes Mr. Sinister. We get a lot of his classic Mr. Sinister banter between him and the council and Hellions that are hilarious. 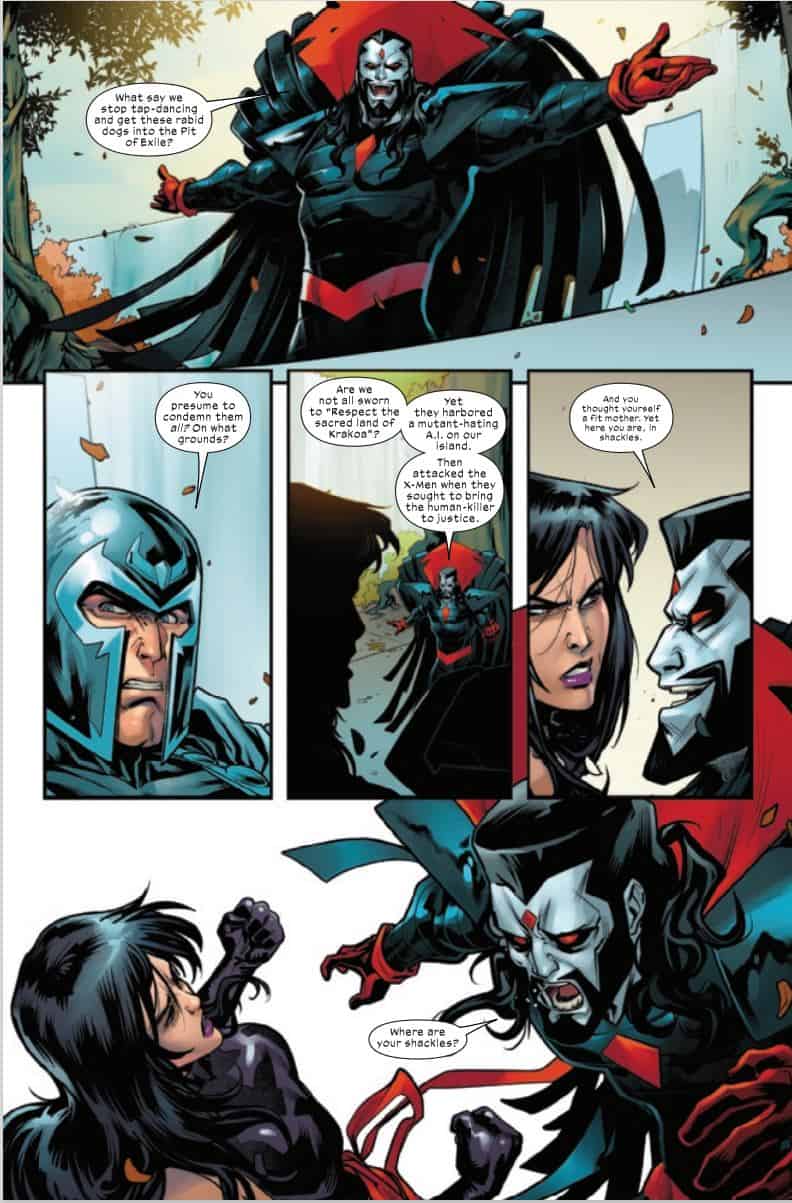 The art in this issue was split between Zé Carlos and Stephen Segovia instead of just Segovia on his own. The art was great but it would have been nice if the entire issue was done by Segovia to keep the flow that was there throughout this series. Segovia has such a great gritty style that went well during violent scenes throughout this series. Carlos however, did a great job illustrating facial expressions that complimented Wells in portraying the close friendships that were made between the Hellions. This issue wasn’t all about the fighting so his art was a nice touch throughout the issue.

Issue #18 brings a funny, yet heartwarming conclusion to the Hellions series.