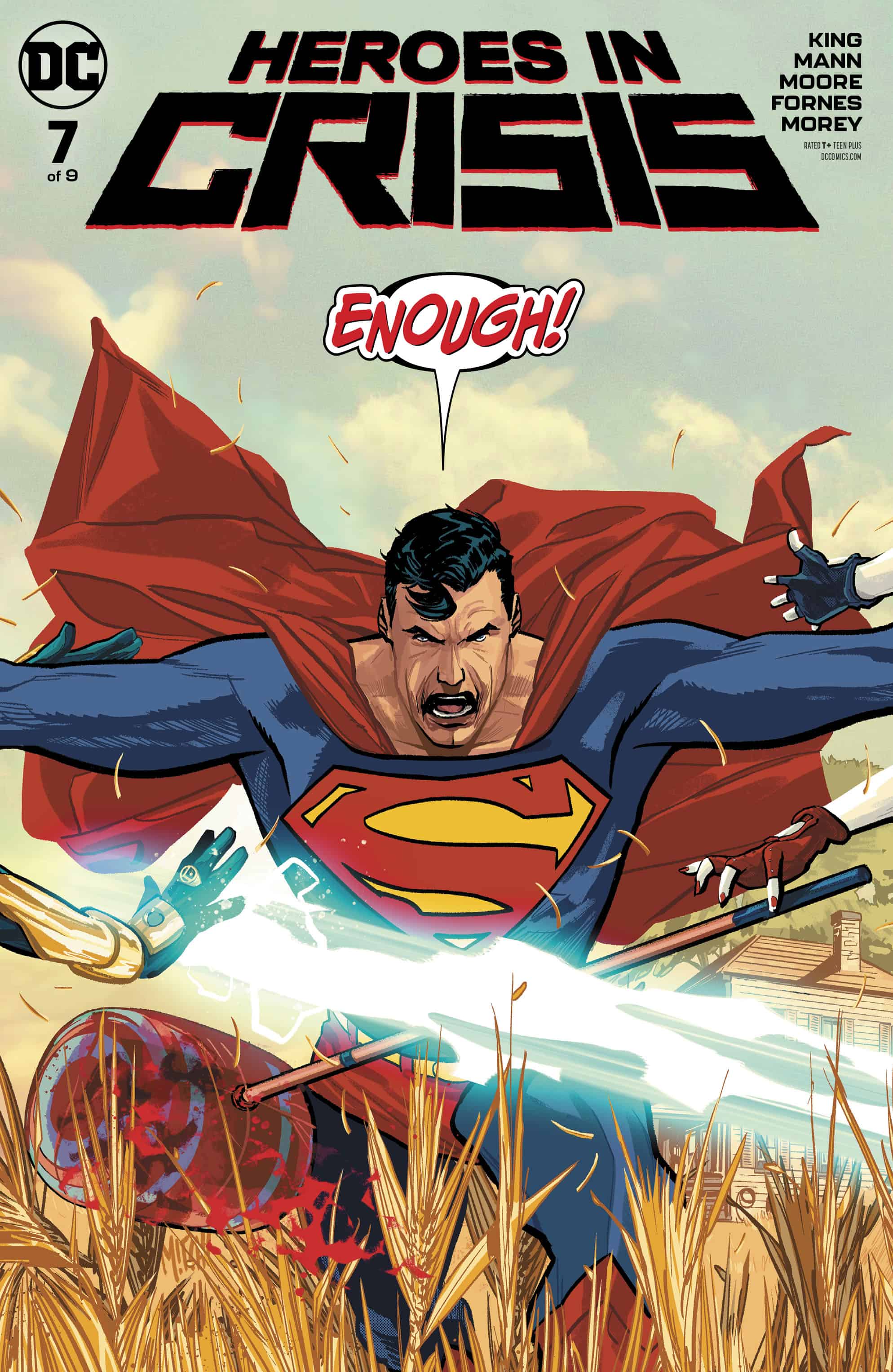 The Heroes in Crisis mystery deepens as Batgirl and Harley confront Booster regarding the sanctuary murders. Meanwhile we receive some troubling scenes with Wally and maybe some answers? This issue doesn't resolve anything in this first issue of the third act, it just adds more questions without answers. 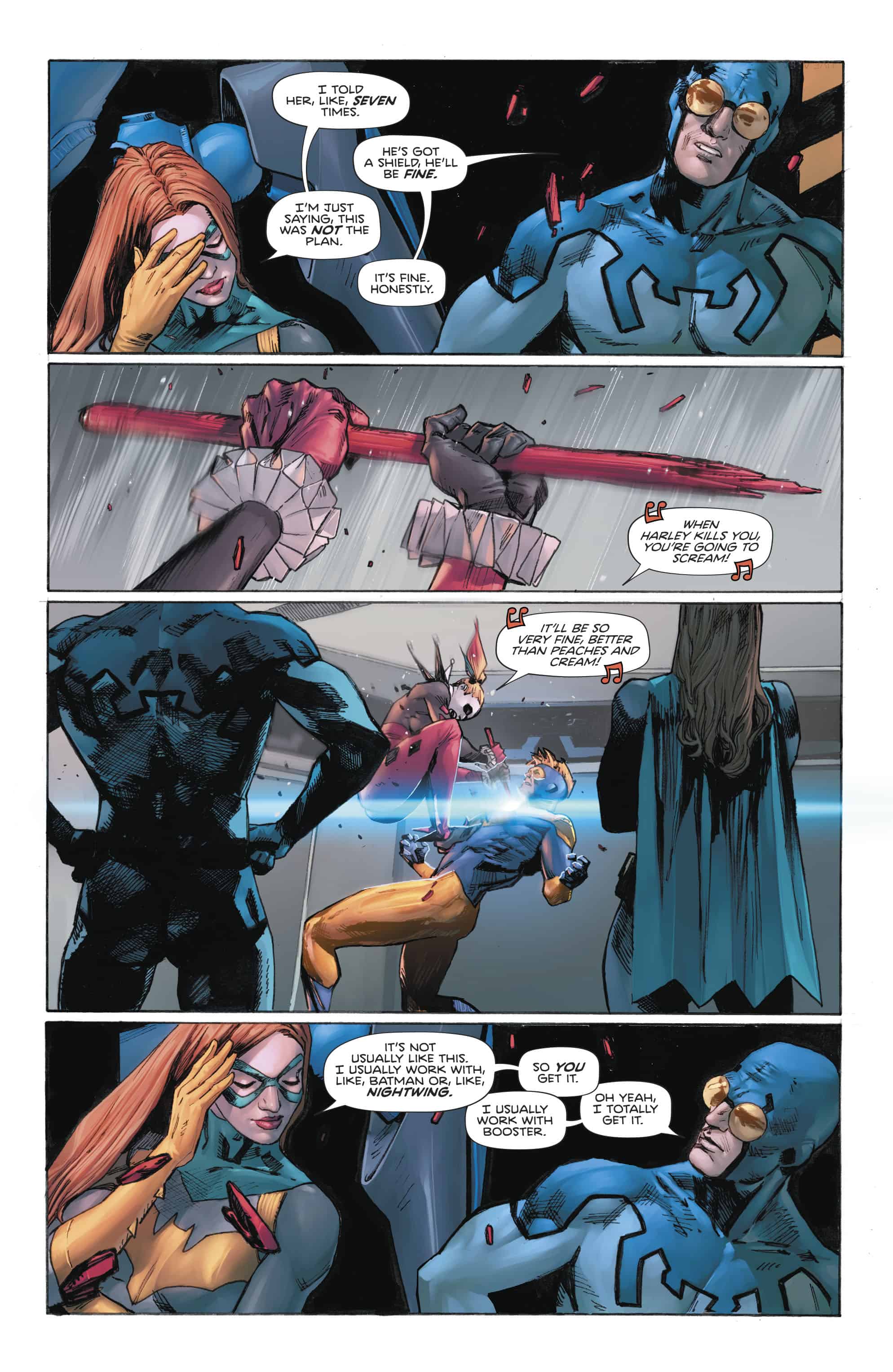 I disliked this issue less than previous issues as a standalone issue but as part of the broader narrative it fails to bring the beginning of any kind of closure to this series, 7 issues, one 4 issue tie in mini and one funeral issue into this story we are no closer to any kind of resolution and judging by how little of this series even vaguely resembles the solicits I’m beginning to believe Tom King is making it up issue to issue. If the theme of King’s Batman run is failure then the theme of this series is confusion. 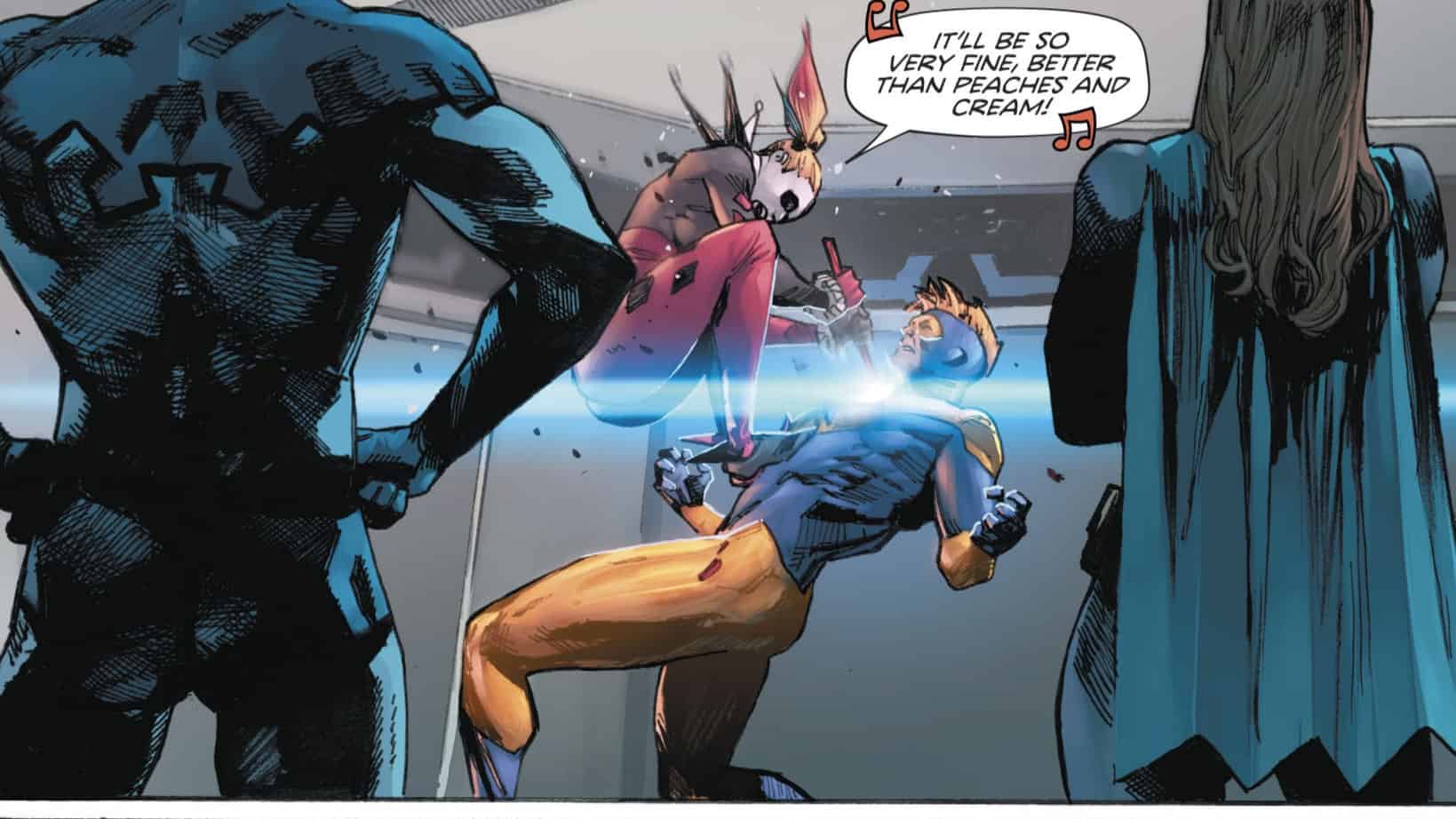 The mischaracterizations are abundant to say the least. First off the poem, trouble with every event in a superhero’s life being cataloged and verifiable, that didn’t happen in Wally and Iris’ wedding unless there’s some other wedding than the one pre-flashpoint Wally is remembering. (Flash v2 #142) Wally revives a plant using… something? I have never seen a speedster use this power, being able to cure death would definitely be interesting to some speedsters. The concept of Booster’s suit power being tied to one comically inept (in HIC I love Ted) unpowered person who is immediately and easily knocked out is ludicrous. Booster Gold is no more poorly written than any other time King has written him, I will say King’s Harley reads kind of fun. King should go write Harley so I never need to read any of his books again.

The art is by three artists and is varying degrees of fine to excellent, they flow together decently but the “multiple artists per issue” screams added pages and issues, and so far all that has added to the story is… more pages and issues. I genuinely think this could have been 6 issues or less with no less impact. (mostly because zero times zero is zero) Moreover, how does one consider art on a single issue with so many artists? By the weakest link? Or the best panel in the book? There is a disproportionate mixture of both in this issue. The artistic high point I feel is the title page of the issue, which is detailed and vibrant with the book title cleverly rendered by colorist Tomeu Morey. 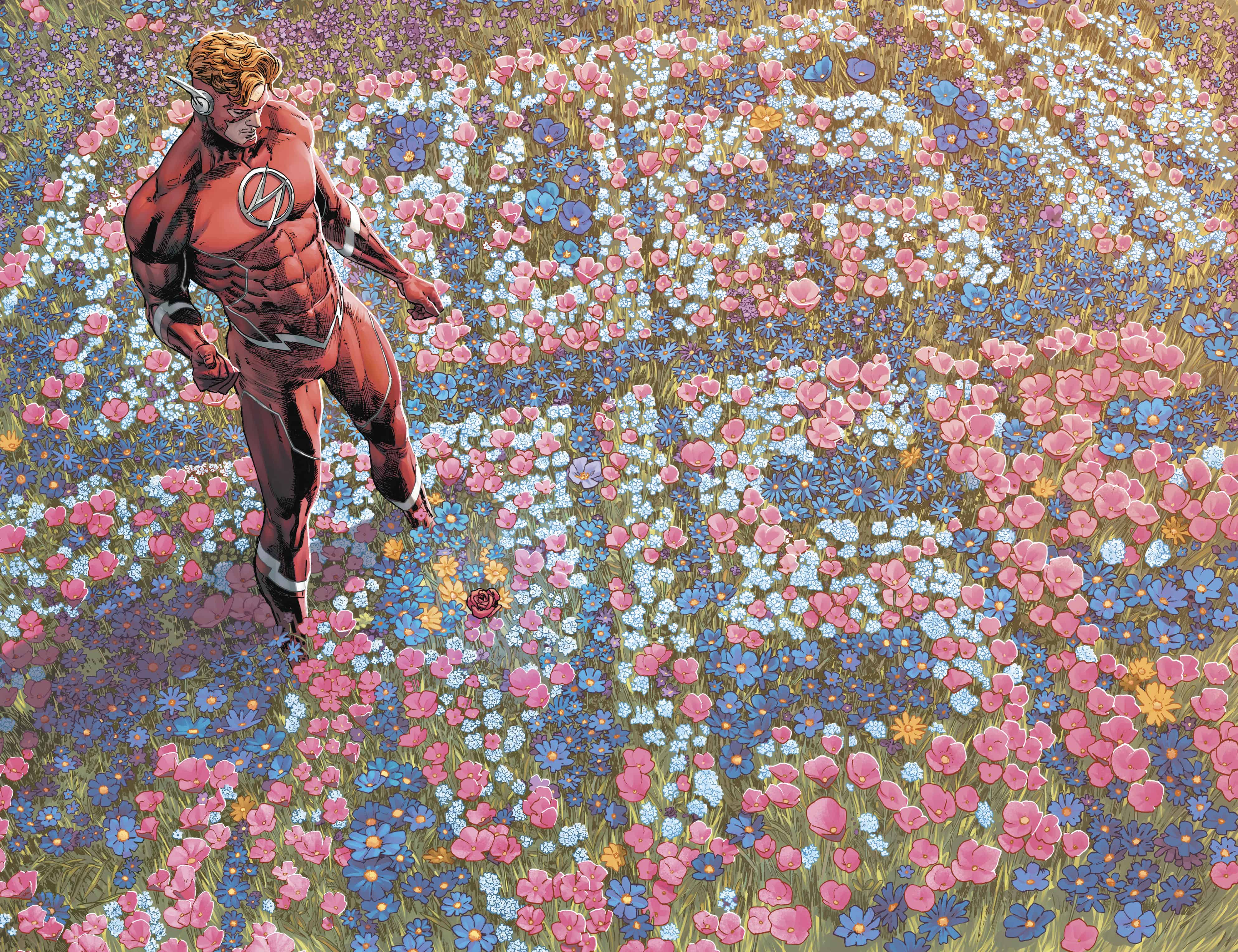 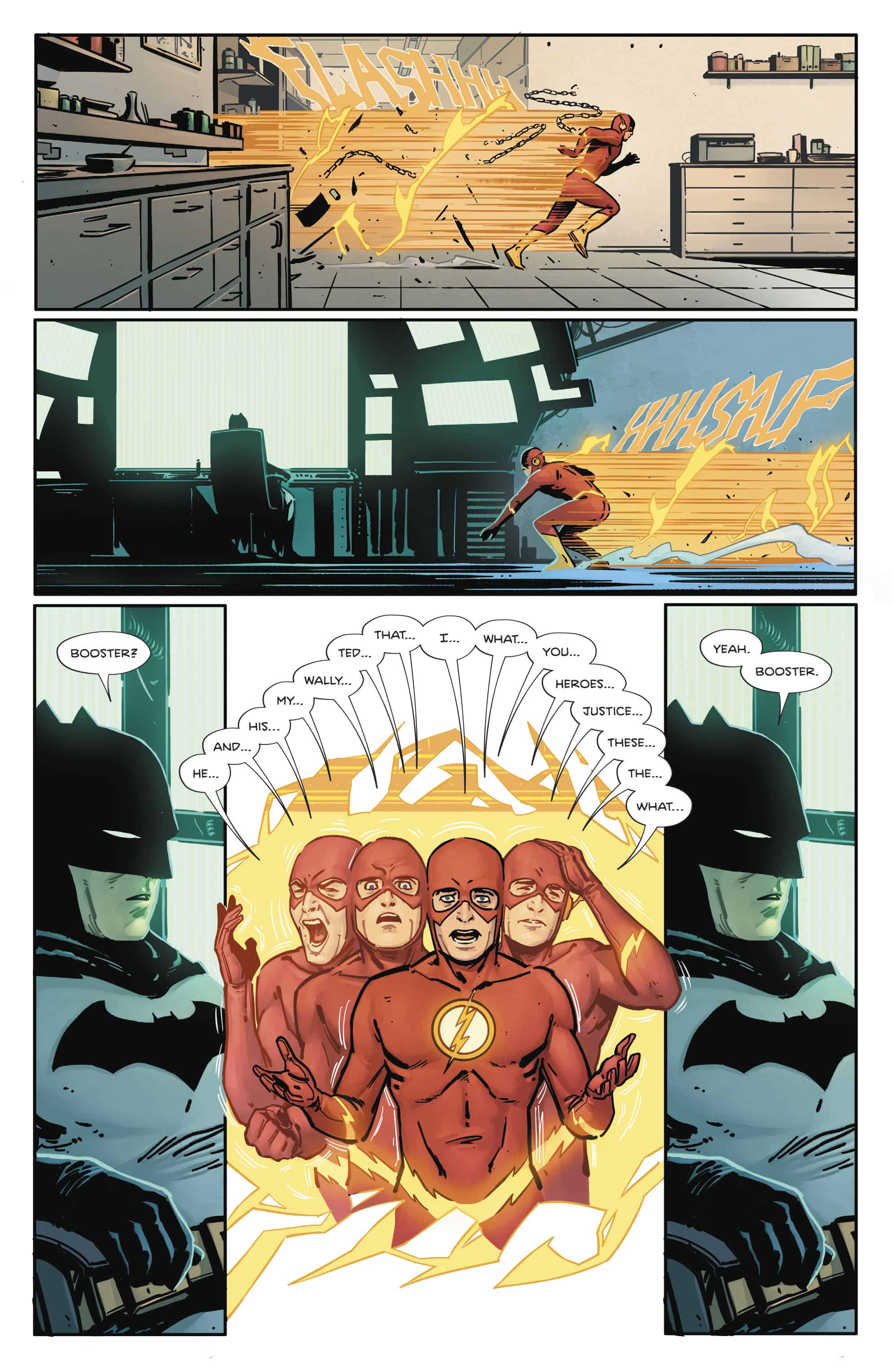 None of the art is bad per se, but the flow from one artist to the next shouldn’t be quite so jarring I feel.

Why did I agree to this? The art props up the score of this series so thoroughly, it's attractive nonsense.