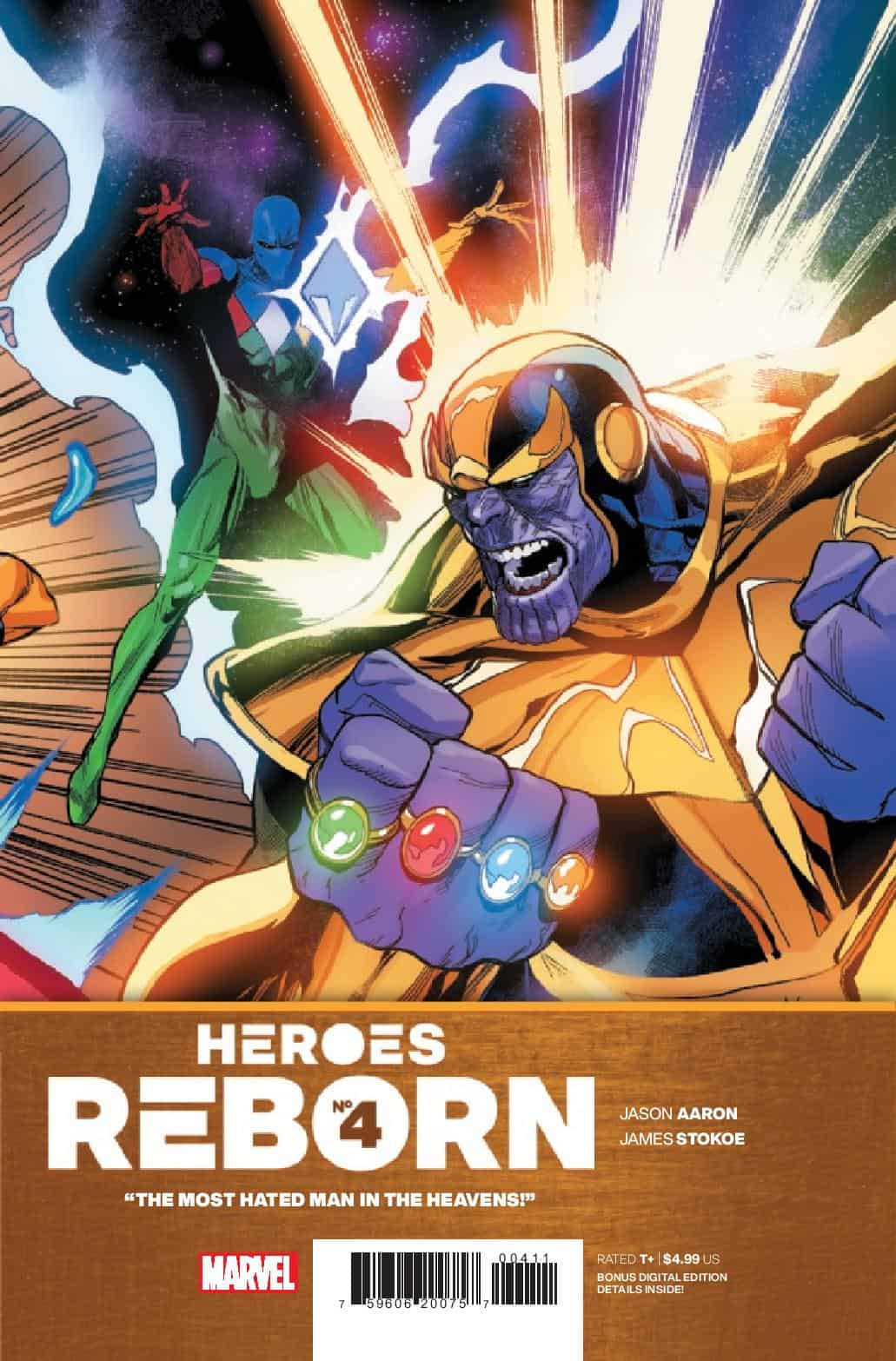 The Squadron Supreme of America stands tall as the premier line of defense for the USA. Each member a true American icon, yet somehow people get the sense that something's a bit off, Blade finds Captain America still trapped in the block of ice and releases him, soon they find Thor. It seems they're gathering up forces, but they're not exactly sure what for.

This issue of the Heroes Reborn mini-series focuses on Dr. Spectrum (the Green Lantern type hero of the Squadron Supreme, if you will) and it’s a very… different issue. First off, it’s not set on Earth at all, it takes place almost entirely in space. It’s by far the farthest removed from any issue of the series so far and probably the farthest removed from any Marvel comic, period. This issue is also the one that sticks the closest when it comes to its characters vs. their regular Marvel U counterparts, but make no mistake, this book is all sorts of screwed-up. I’ve never read any of author Jason Aaron’s non-superhero work, but I’m guessing this issue is closer to his creator-owned work. Something that struck me as odd about this issue is that there’s wasn’t very much of a “something’s wrong” vibe as the rest of the series. It just seems to be a regular “issue” of Dr. Spectrum, which would be fine, if the mini-series was longer than it is. Basically, there’s a long way to go and not very much time to get there, so the rest of the series should be entertaining. 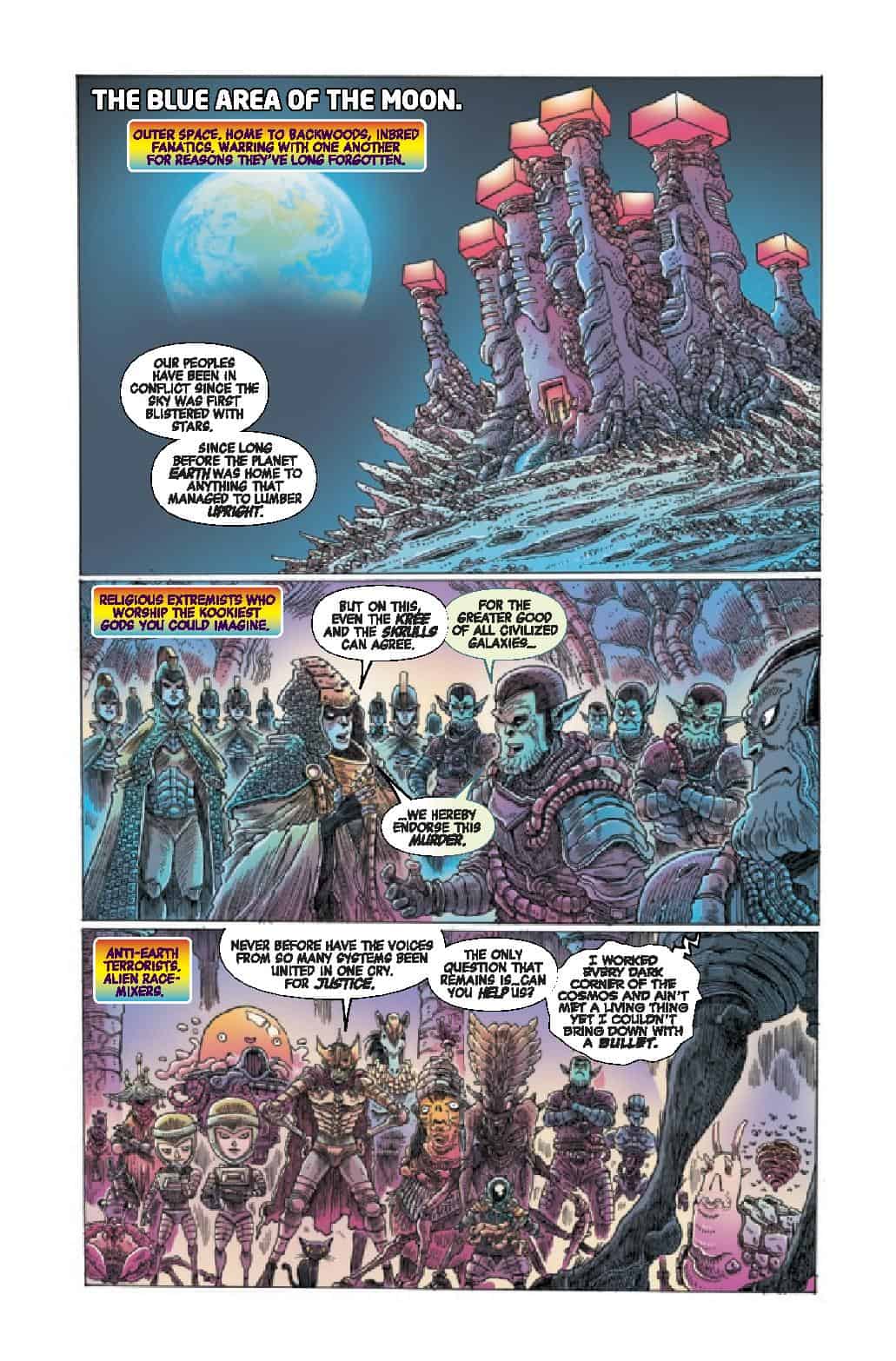 Now don’t let my words put you off this book, please. By now you guys are familiar with the kind of comics that I like and that’s straight-up superhero stuff. Things get too artsy and they’re lost on me. So, give this one a try, it’s different from the other issues in this series, but hey, you might like it and if you do, please drop me a line, I want somebody to let me know where I’m missing the boat.

This is a comic book... definitely not everyone's cup of tea, and certainly not conducive to a miniseries that only has one issue left to go.