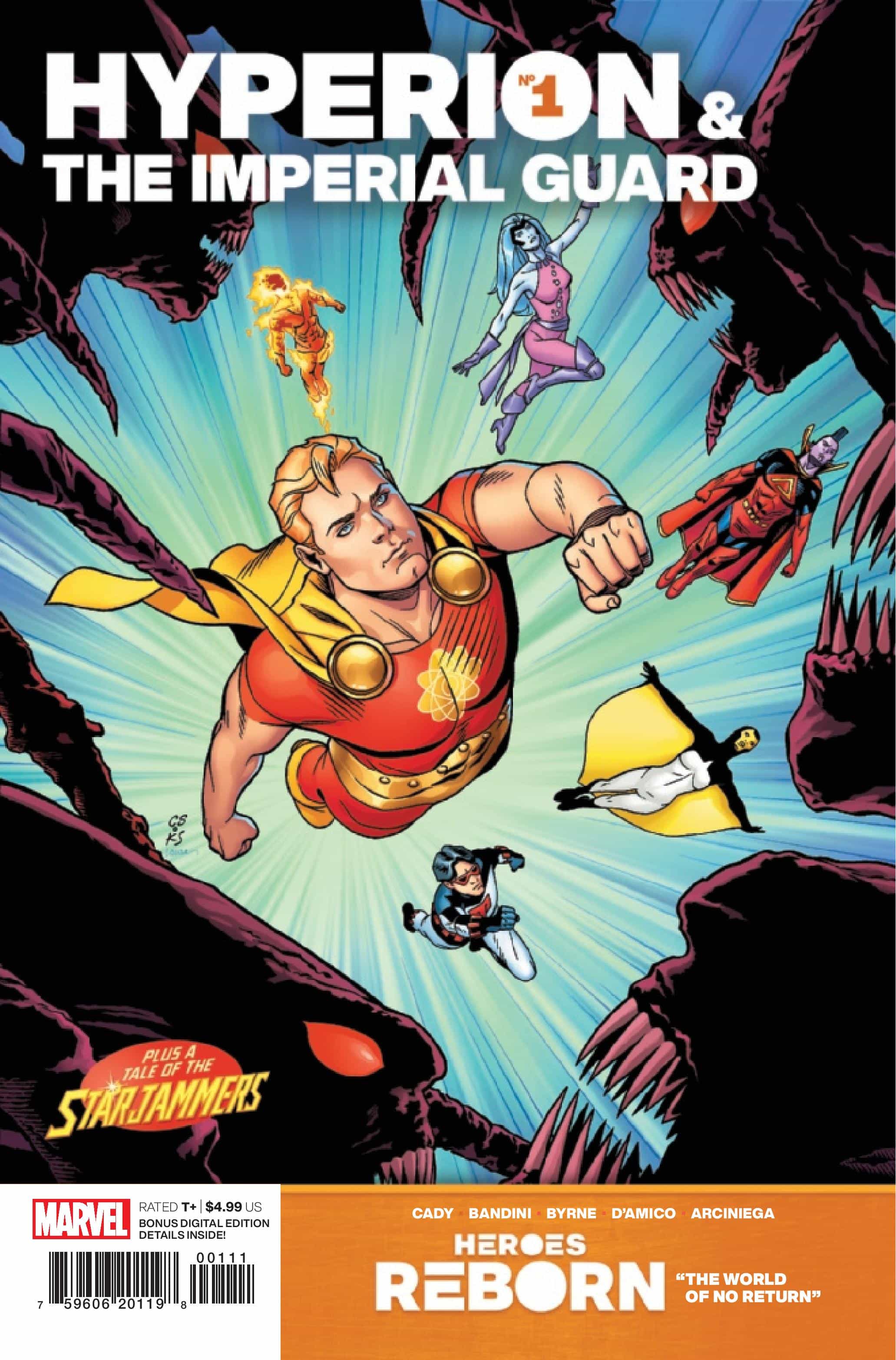 The teenage Hyperion's cosmic quests with his Shi'ar friends near their end, but none of the young heroes are ready to say farewell. A quick mission in the Negative Zone sounds like the perfect coda to a storied fellowship...but what awaits Hyperion, Gladiator and the rest is horror and agony beyond their wildest nightmares!

Also included in this issue: a special preview of the new spinoff series, THE STARJAMMERS!

I like alternative timeline stories… always have. What If…, Age Of Apocalypse, etc. have always scratched a particular itch. I enjoy that these kinds of stories free the creative teams from the sometimes ironclad bonds of the traditional canon and let them explore avenues that can’t be for various reasons and that’s exactly what Hyperion & The Imperial Guard #1 does really well. The lengths the creative team has gone here to set the stage is admirable with detailed character info to set you up so you are fully oriented to understand what you reading. 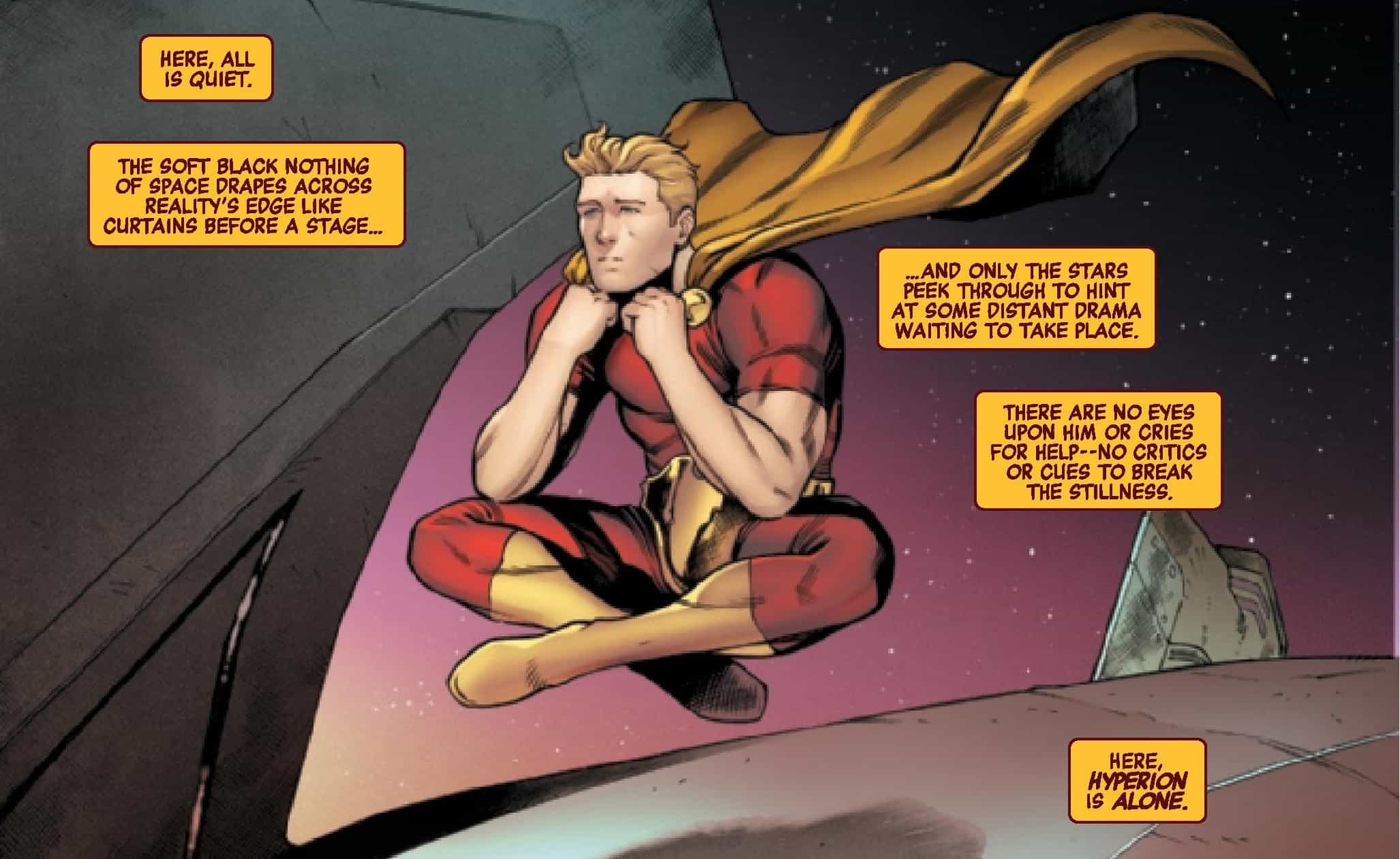 Story one, “Coda,” is one of those perfectly structured loops by Ryan Cady that starts and ends in the same place but with very different circumstances for the focus character, a younger Hyperion in this case, like one of those Twilight Zone TV stories. The greatest thing a writer can do in my opinion is get me to give a damn about a character I have up until this point had zero interest in and Cady does this convincingly in the space of twenty-three pages (including the opening two data pages) he makes you care about the cast of characters through imparting a deep sense of camaraderie between the characters and structuring relationships from the beginning, all the way until things get ugly and things do get ugly as the team encounters a horrific threat (one of my favorite in comics tbh). 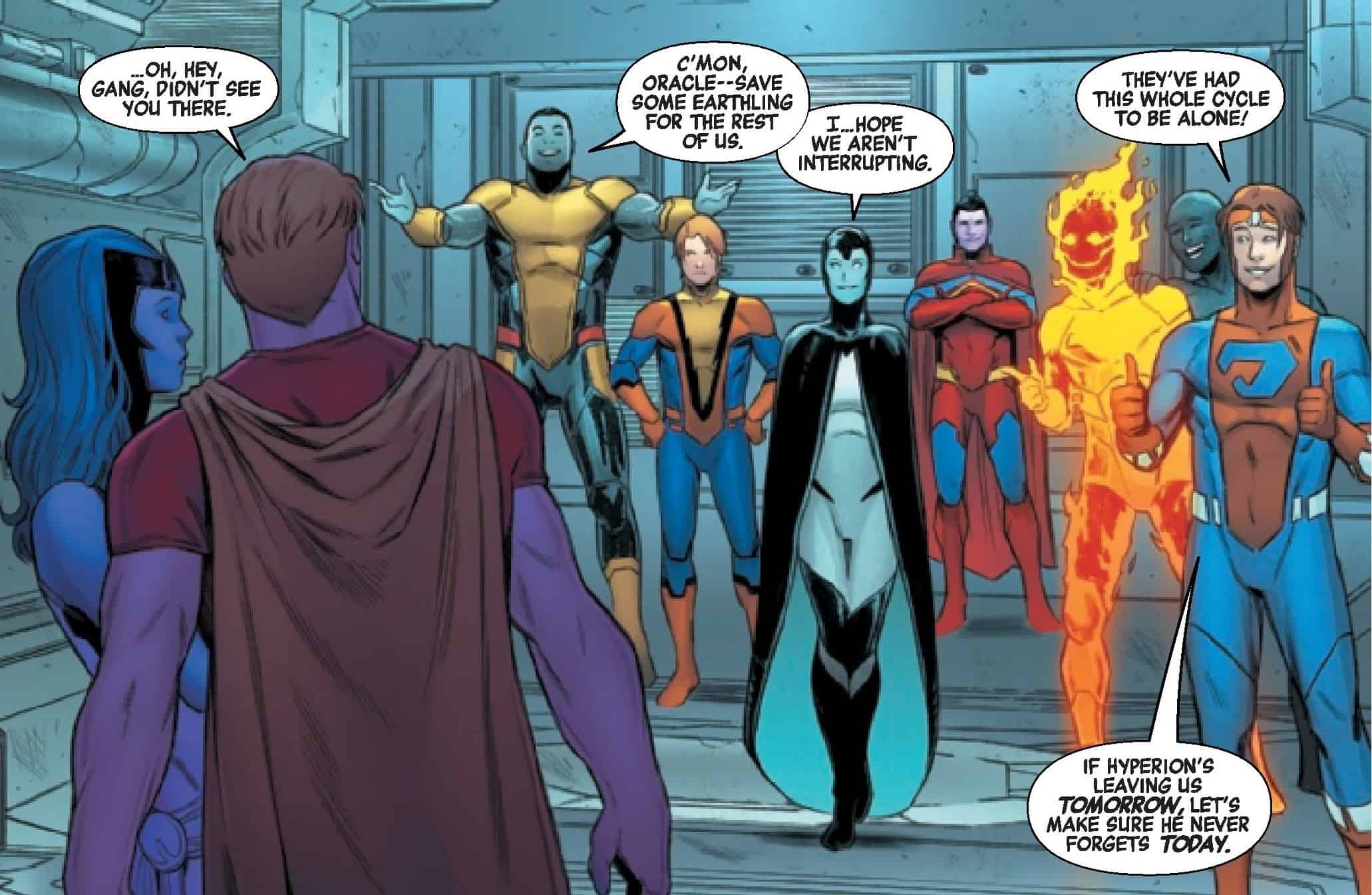 What is interesting to me is how different the relationship is with Hyperion and the Imperial Guard is as we usually see the Guard as oppositional or even outright antagonistic toward the characters in past stories (see X-Men etc.) but I think that’s part of the charm of this story and also what deepens the tragedy that it encompasses for the main character as Cady very successfully “sells” the idea that Hyperion has become one of the team and built relationships across the board.

Something that isn’t ugly (in either story) is the art in this book. In the main story Bandini, D’Amico, and Arciniega deliver a cleanly rendered, solidly colored vignette that boasts great sci-fi design for the environments, solidly drawn characters and includes good dynamic action and a really excellent splash as well. 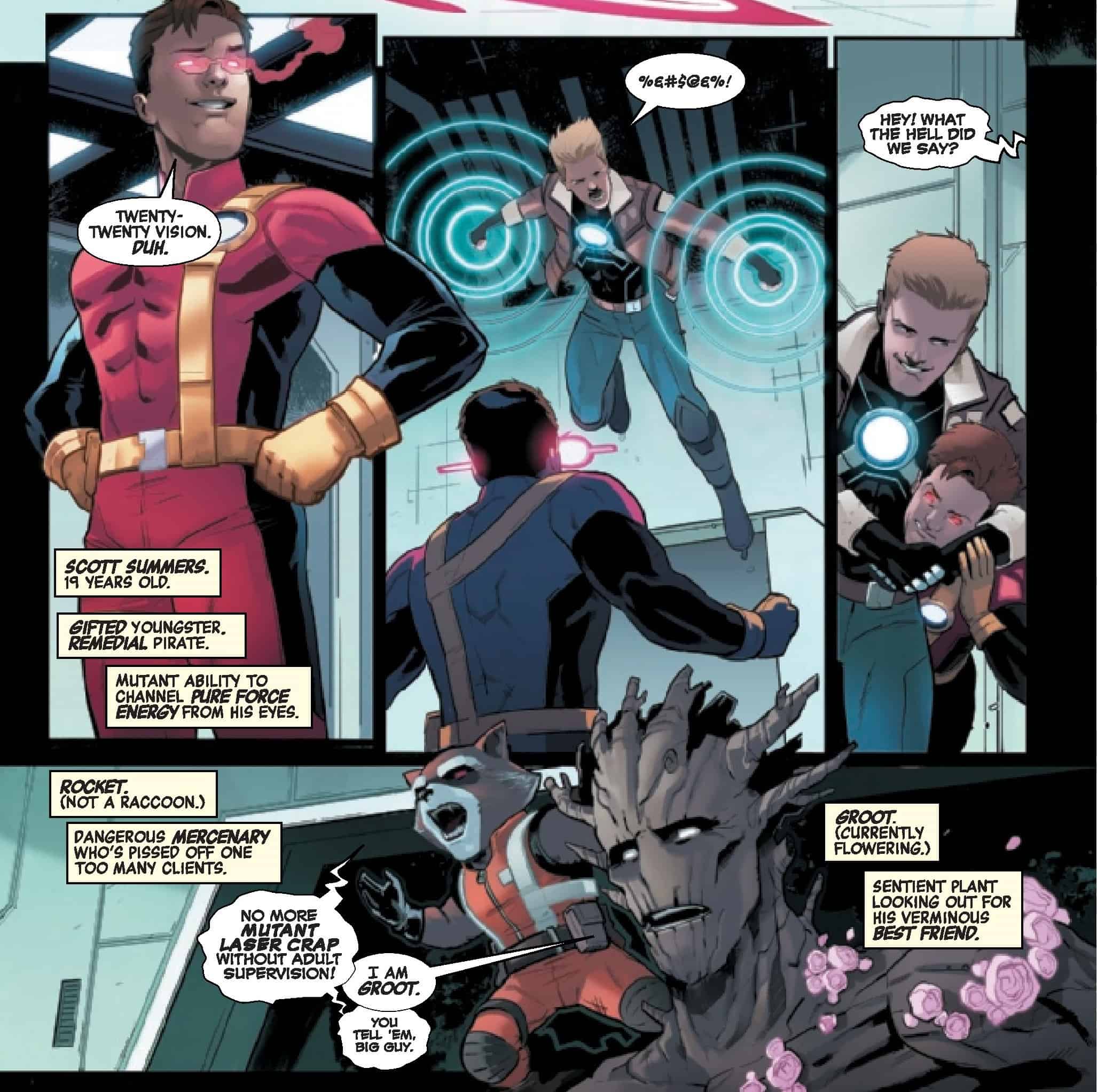 The backup Starjammers story carries a little less emotional weight but the fun of it is experiencing the “differences” of this particular team of space pirates. As you’ll know by now if you read the previews, one of the central themes is the idea that Scott and Alex stayed with their father and went to space and it’s interesting to see how these two characters, we know as men in our regular continuity, are as teens and how their personalities have developed under the care of their father. We also get treated to a different-looking team of Starjammers too. Cady keeps certain things familiar while changing other elements and that’s the hook (for me at least) of this backup story which ends with a real cliffhanger (I would so read that alternate version of that comic).

I won’t lie – I love Stephen Byrne’s art, he draws and colors it himself, sharp modern feeling lines, great facial expressions, plus excellent use of magenta and light blue mean it’s a slick fun slice of deep-space shenaniganry that is well worth the price of admission.

Heroes Reborn: Hyperion & The Imperial Guard #1 is a great example of a trend in Marvel event comics that shows that creative teams like the ones involved here can deliver one-shots with strong emotional gravitas through good emotive writing, complemented by excellent art to deliver engaging and fun stories that can draw anyone in even those of us not emotionally attached to the characters the stories revolve around.