History of the Marvel Universe #3 (of 6): A New Silver Age Dawning

History of the Marvel Universe #3 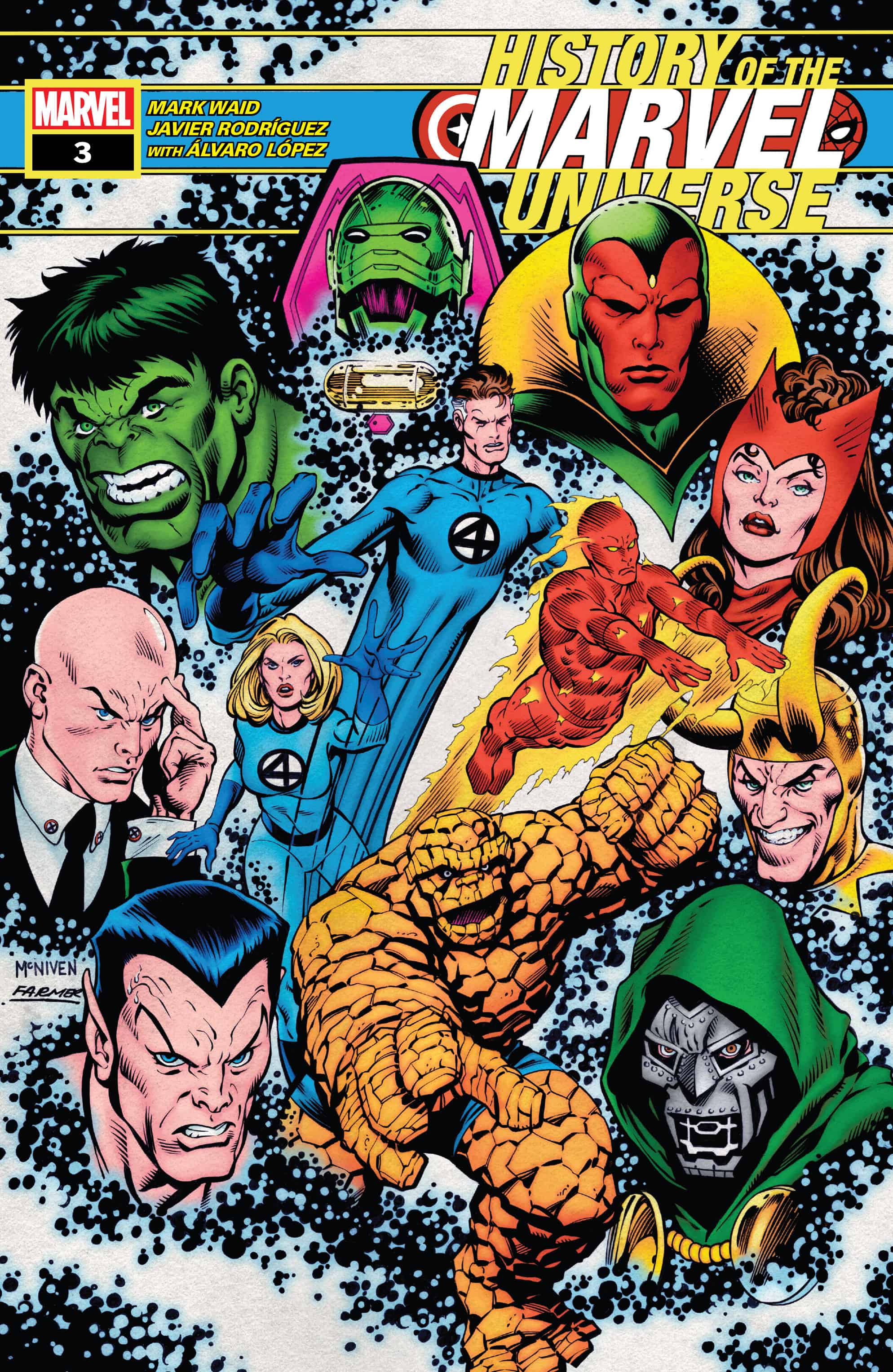 The history of the Marvel Universe continues, beginning with the birth of the Fantastic Four! 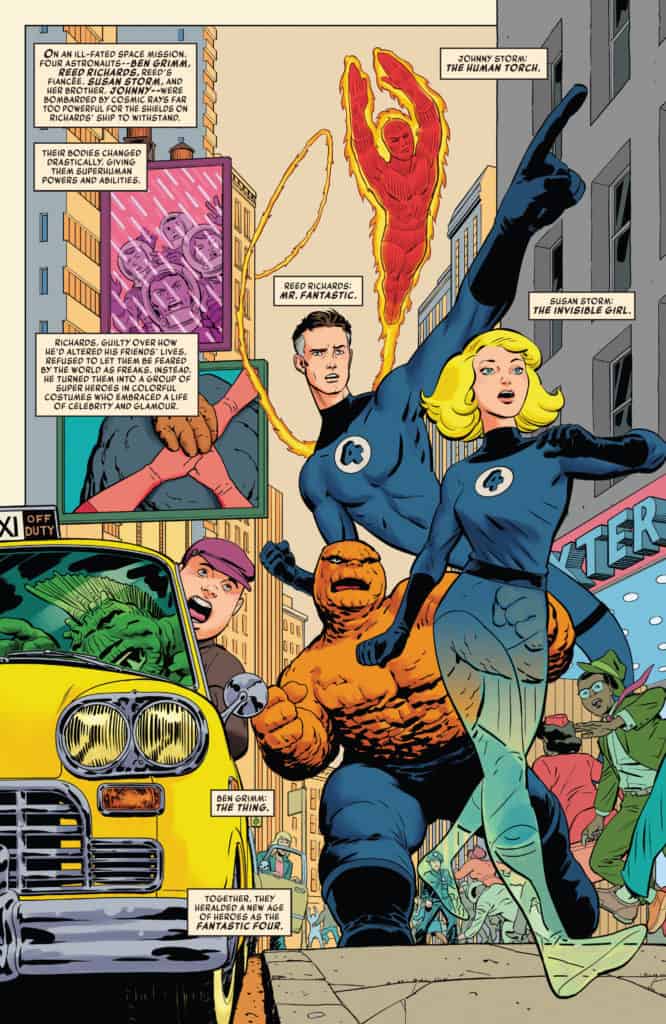 It then dives into the debuts of all the other major Marvel heroes, from Ant-Man to Spider-Man to the Avengers to Daredevil and so on. 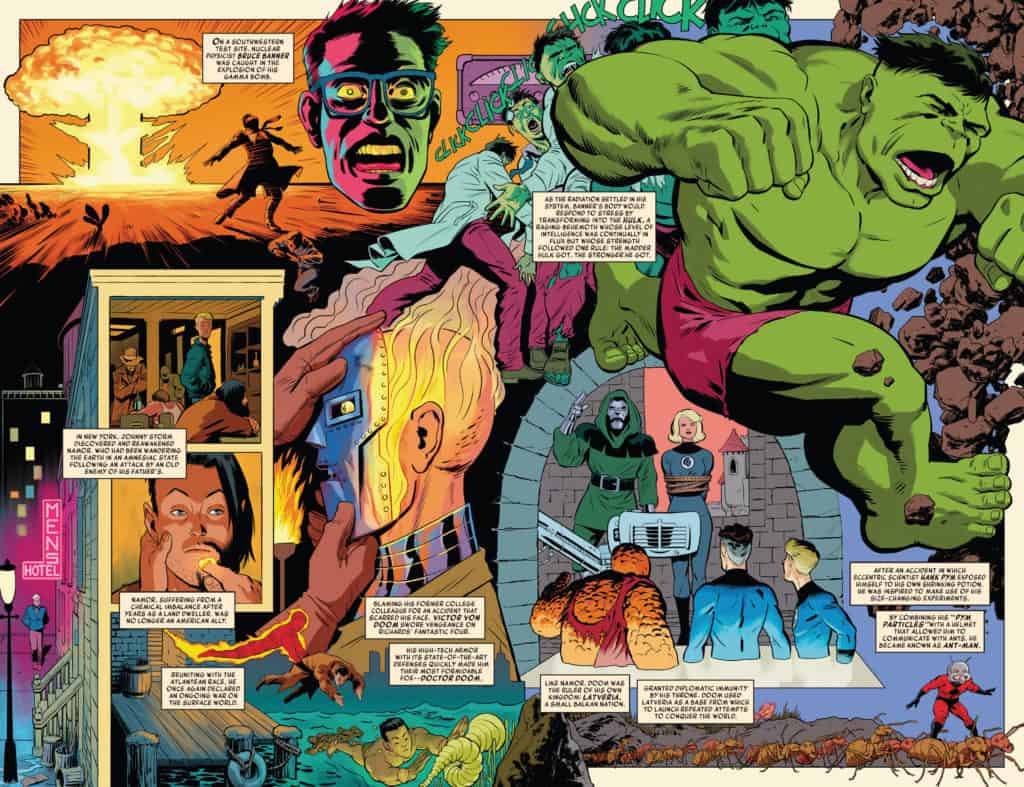 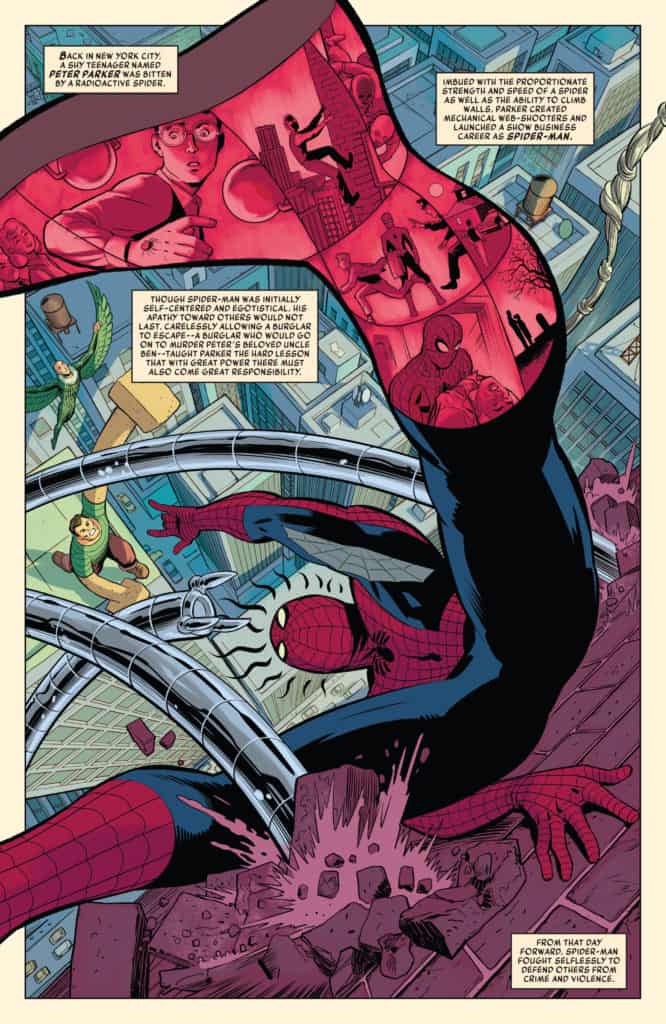 ...And ultimately details several major events in the universe's timeline, ultimately ending with the fiery debut of Jean Grey as the PHOENIX! 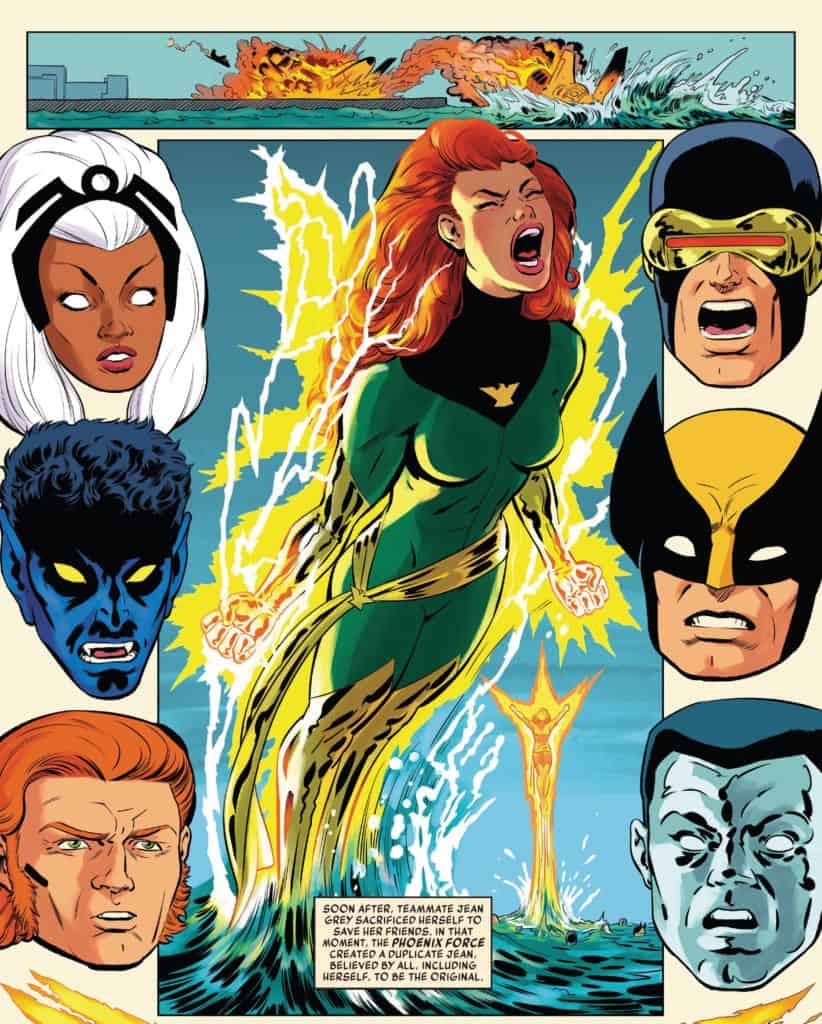 Ah, the constraints of the six-issue format: considering issue three of The History of the Marvel Universe covers Marvel’s most crucial and creatively fertile period, the 1960s get very short shrift in the grand narrative scheme of things. Given the chosen format for this detailed history, it’s not outside the realm of possibility that the swingin’ ’60s could have had three or four issues allotted for it, and that still wouldn’t have been enough space to do the era justice. There’s no need to go into that here; thousands of pages elsewhere have already been written on it, dissected, cross-referenced, and argued endlessly over.

So, yes, for the sake of expediency, major characters’ origins are given quick one- or two-sentence blurbs and then whoosh, it’s off to the next major historic occurrence. This comic reads less like a cohesive narrative and more like a bullet-point list with pictures.

It also makes the grievous error of getting the order of many of these events out of sequence. For example, Black Panther is shown to have met the FF prior to “The Galactus Trilogy,” and the Punisher’s debut is shown to have happened prior to the death of Gwen Stacy. There’s more, but going over them in excruciating detail only serves to lend credibility to gross errors that Mark Waid, the editors, someone should have caught. As it stands, it takes away from any impact the comic may have had and instead shifts the focus to niggling over the botched details.

At the very least, though, the art is gorgeous. Javier Rodriguez has a real Marcos Martin vibe, and frankly, any one of his pages here is worthy of the poster treatment. It’s a shame more attention wasn’t given to the details; the end result here is a comic full of pin-ups coalesced by a loose narrative of highlights that fall far, far short of the historic impact this era had on not just Marvel, but the entire comics medium in general.

More bullet points review than anything else, History of the Marvel Universe #3 compresses far, far too much history into one issue, leaving crucial stories on the cutting room floor in favor of cramming as many highlights as possible into the shortest amount of space. It's more of a checklist of Marvel's greatest hits than a legitimate history.

History of the Marvel Universe #3 (of 6): A New Silver Age Dawning