House of X #2: Time After Time 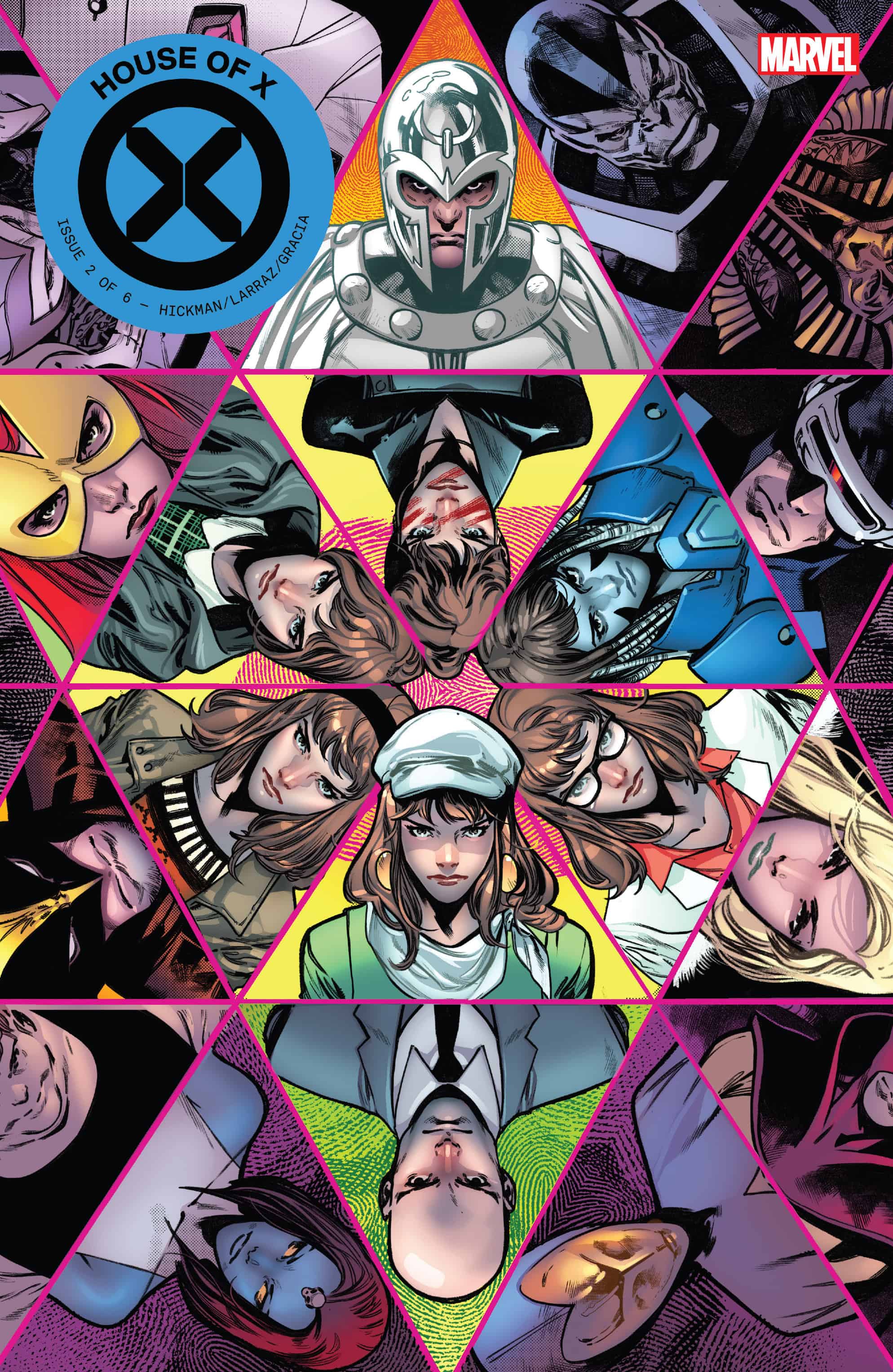 Learn the secret history of Moira McTaggart — and why she is possibly the most important mutant who has ever lived.

It’s going to be impossible to write this review without dropping a couple of spoilers, so I’ve put the least-avoidable one right there at the top. I will try to steer clear of spilling anything else. Moira McTaggart is a mutant with the power of (limited) reincarnation and the ability to hide her genetic status from both mutants and machines. She has been many things, lived many lives, and retained all of her knowledge from each incarnation. During one of her darker lives, Destiny informed her that she would only have a maximum of ten or possibly eleven incarnations before she permanently shuffles off the mortal coil and the universe stops splitting into fragments in her wake. 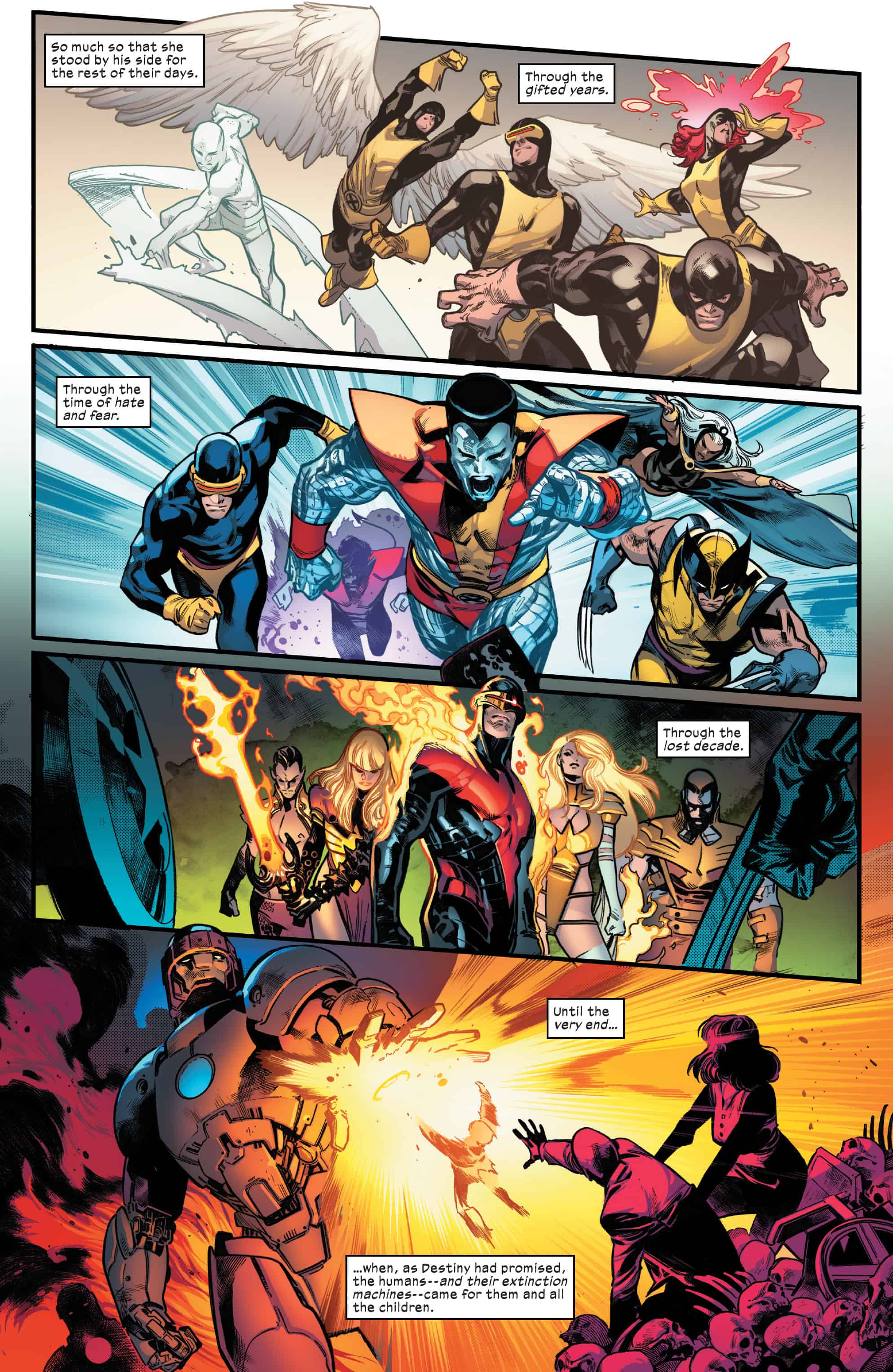 In other words, she’s basically an alternate-reality generator, creating new timelines which largely seem to end in tragedy for mutant kind, but trying again and again to come to some variety of peace.

From a narrative standpoint, this story is amazing. It’s structurally intricate and the writing is both emotive and tight. We see nine timelines in this story, with the last one presumably taking place in the current Marvel world. I say presumably since House of X is linked to Powers of X it would be relatively safe to assume that the ten lives of Moira McTaggart are connected to this in some way. Since there are only nine lives that have been recorded in the helpful graphs included in this book, we can also assume that either the timeline we’re in now hasn’t happened yet or will eventually be reset when Moira inevitably bites the final big one. 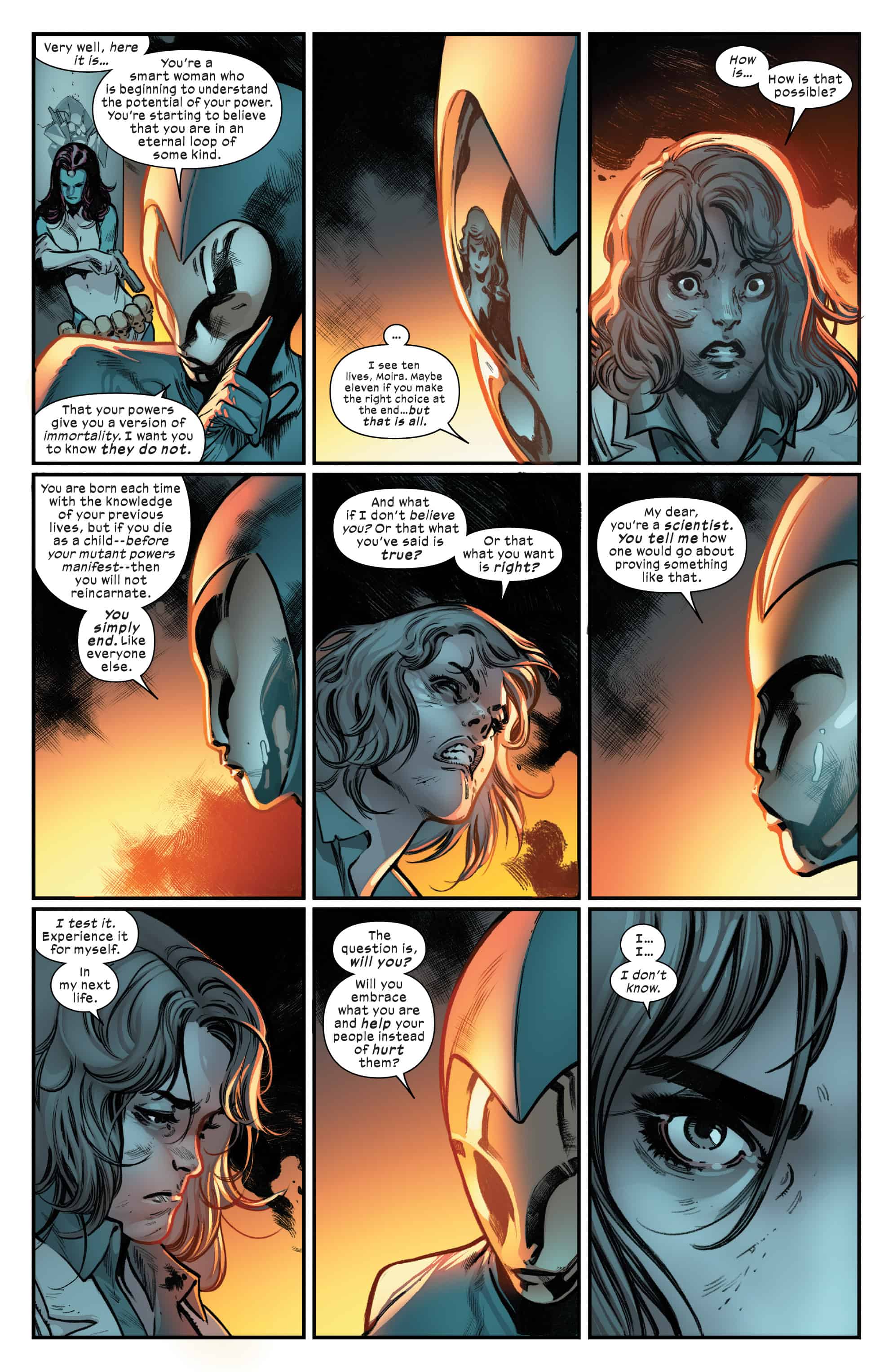 There were a few, possibly intentionally, confusing things laid out in the timelines. In one incarnation, Scott’s revolutionary phase was described as ‘the lost decade’ (which seems realistic, considering all that’s been packed in) with the Original and All New teams occupying a decade each. In another, there have only been seven years since the foundation of the X-Men. That seems…well…not all that possible, given the amount that’s happened. Characters have had babies, for one thing. Gone from pre-teens to leaving partners at the altar. Personally, I think that this temporal ambiguity was a deliberately choice, meant to ground the story in the permanent no-time of myth. But it still plants an annoying itch in my brain. 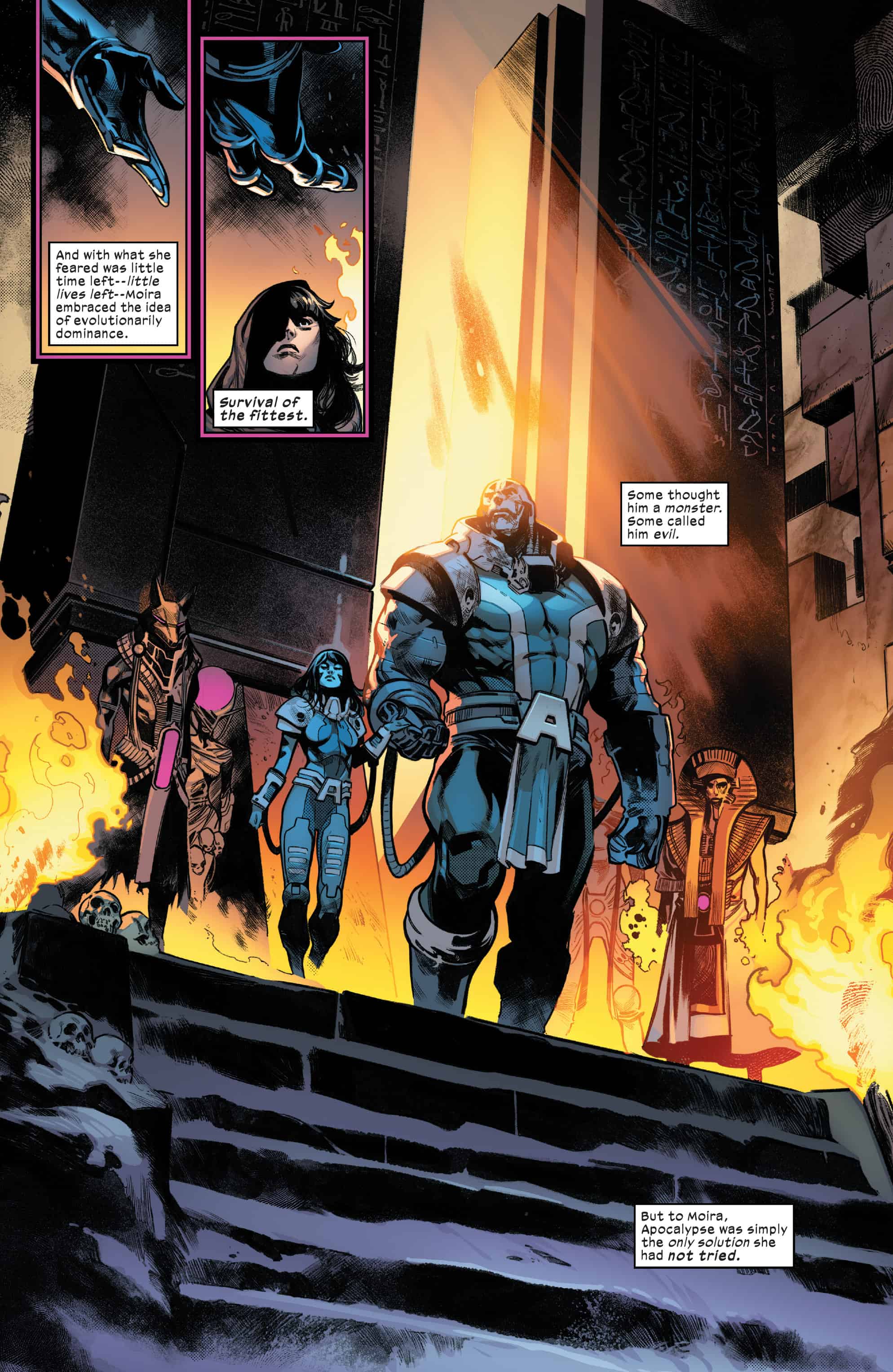 There is one major revelation in the black timeline that I absolutely will not spoil for you. Just keep your eye out. You’ll know it when you meet it.

In any case, there is a lot to take away from this book. The kaleidoscopic cover instantly makes a lot more sense. 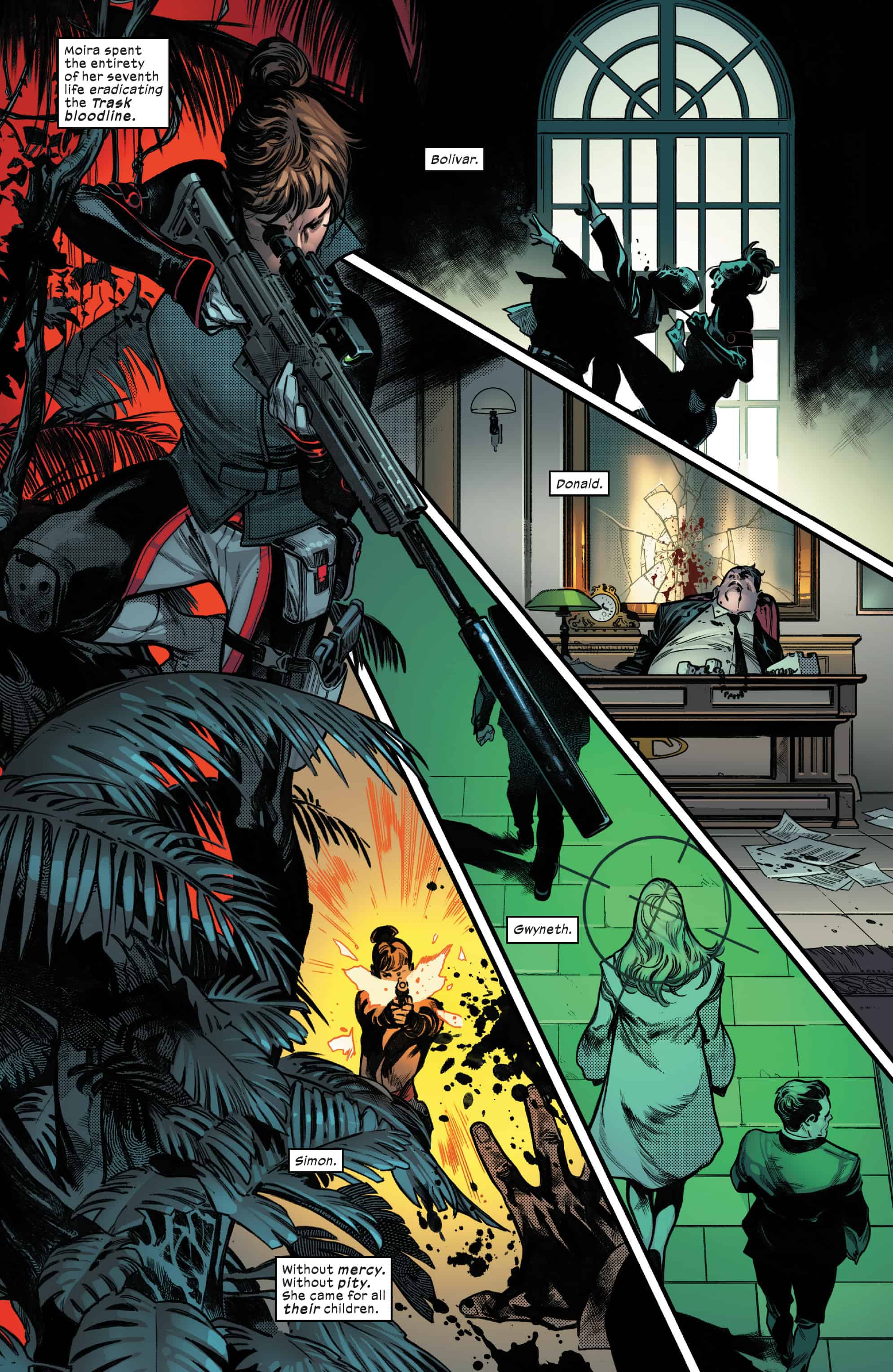 As for the art, well, Larraz was definitely the right choice for this book. He can pack a lot of details into each and every panel — without sacrificing action or nuance of expression. Larraz is swiftly becoming one of my favorite contemporary artists, and in the future I will probably buy anything he has a hand in.

All in all, this is going to be one of those issues that you tell your friends about. Most of my close friends are poets, who are largely uninterested in comics. Their loss. I’m going to be making myself very annoying by shoving this book in their faces over and over and over again, until they’re blown away by it. Do yourself a favor and do not sleep on this story. Grab your copy while you can, and try to score a mint extra for Grading.

Some stories go off like damp firecrackers. This one is a nuclear bomb.

House of X #2: Time After Time