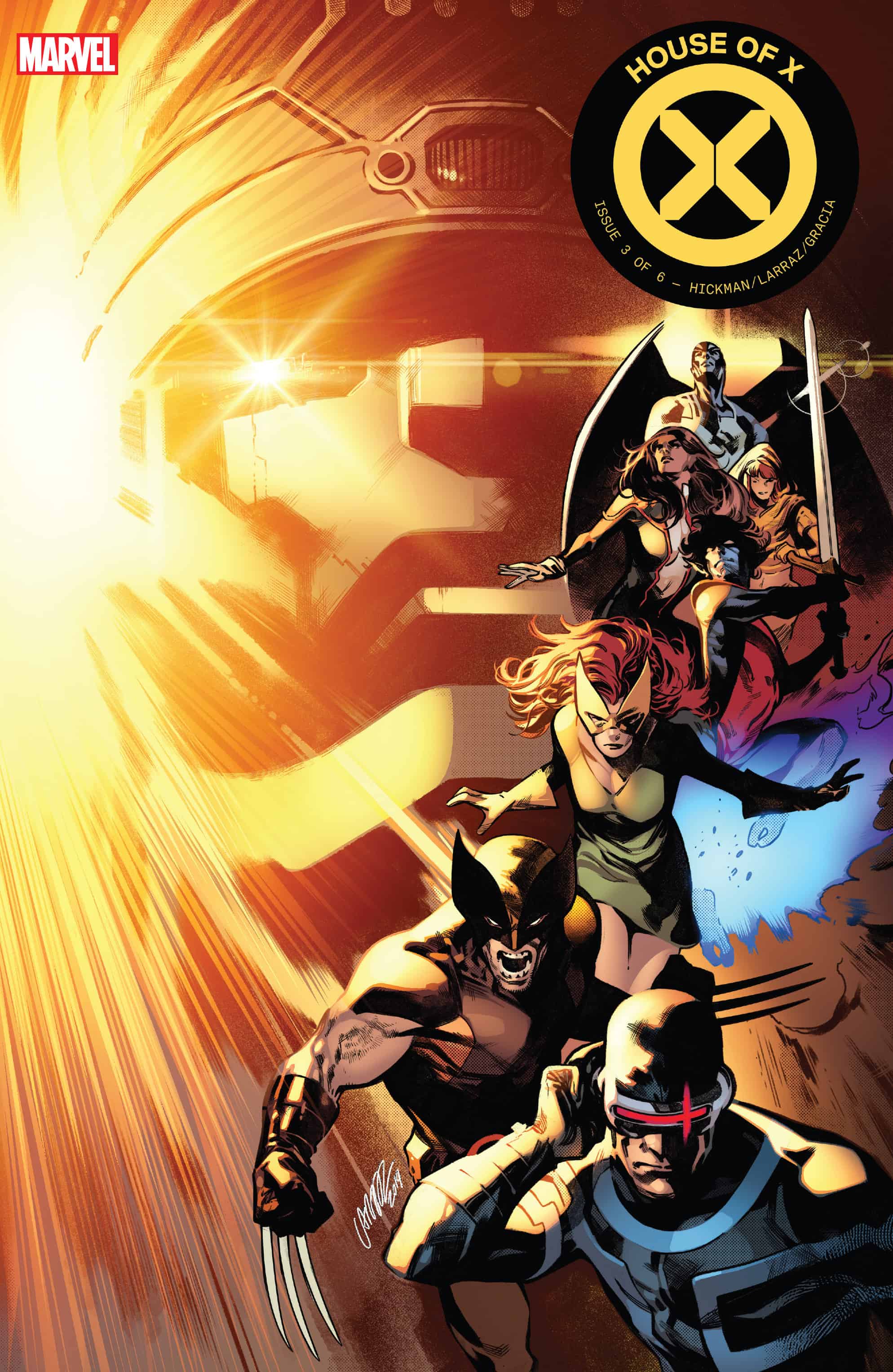 Cyclops leads a specialty strike-force into Orchis in order to stop Mother Mold from coming online. 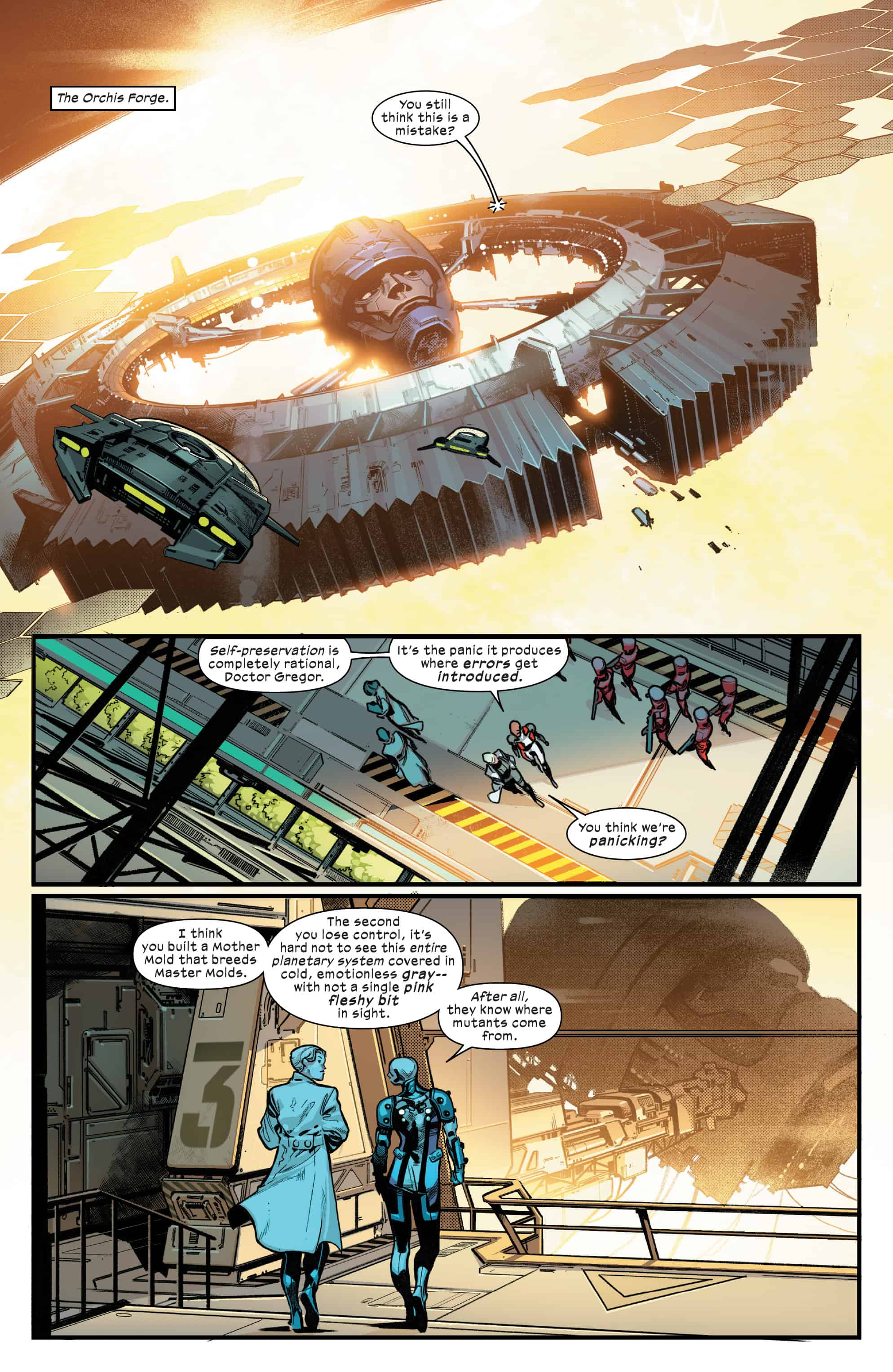 Once again, Hickman has managed to layer his well-conceived sci-fi with a deep humanism (mutantism?) which insures that the readers remain thoroughly invested in the action that unfolds across the page. In this instance, we see Cyclops’ fear at the prospect of the mission (more on that, in a minute), we see Nightcrawler’s swashbuckling humour, Emma Frost’s — excuse me, mutant names, only, in public — The White Queen’s regal, sardonic machinations. 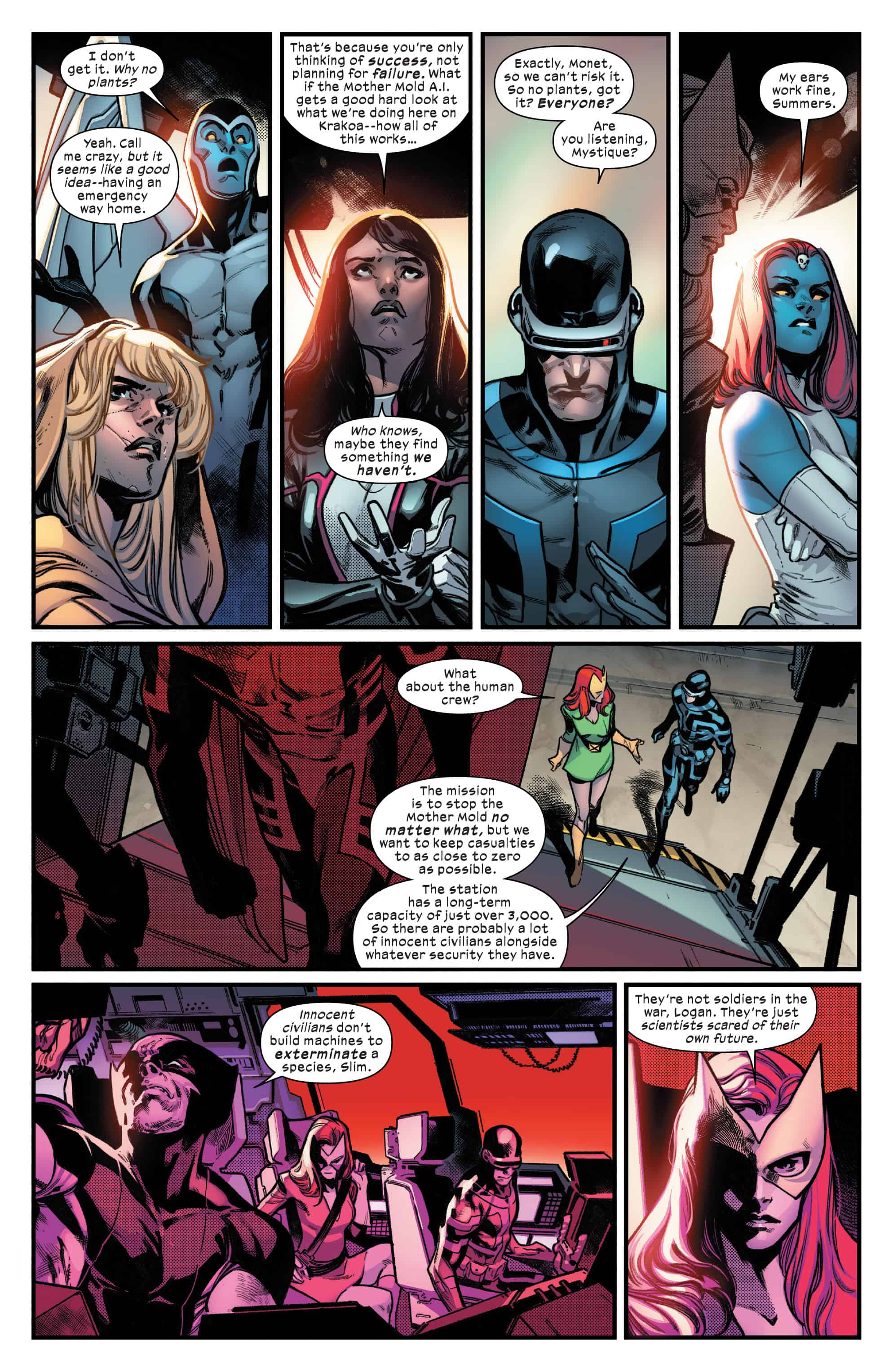 And we see the ‘evil’ humans exchanging real, relatable tenderness towards each other as they plot to commit genocide. This last is important because evil people rarely conceive of themselves as such. Certainly no one, human or mutant, believes (at this point) that they are doing anything wrong. And neither side seem to understand why the others cannot see that they are hurting them.
Because it’s pretty clear that what the Mutants are doing seems, to the humans, like as much a threat as it is a gift. Of course, we know that the motives of (most of) the X-Men are peaceful. But from the perspective of the rest of the population it looks like they’re being strong armed into a subservient position. And that’s a legitimate viewpoint. Think of how cis het white men react to legislation that insures that other people get an equal shot at employment opportunities, for example. They feel like their world is being stolen. And it’s not true, this is the new Mutant Nation’s shot at equality on the world stage. But the human nations expect everyone to act as they do — taking the advantage, holding it, and subjugating everyone else that they can. And hey. Magneto is definitely still on the board. And that is his modus operandi. So it’s not like the human governments are being unreasonable — as they understand reason. 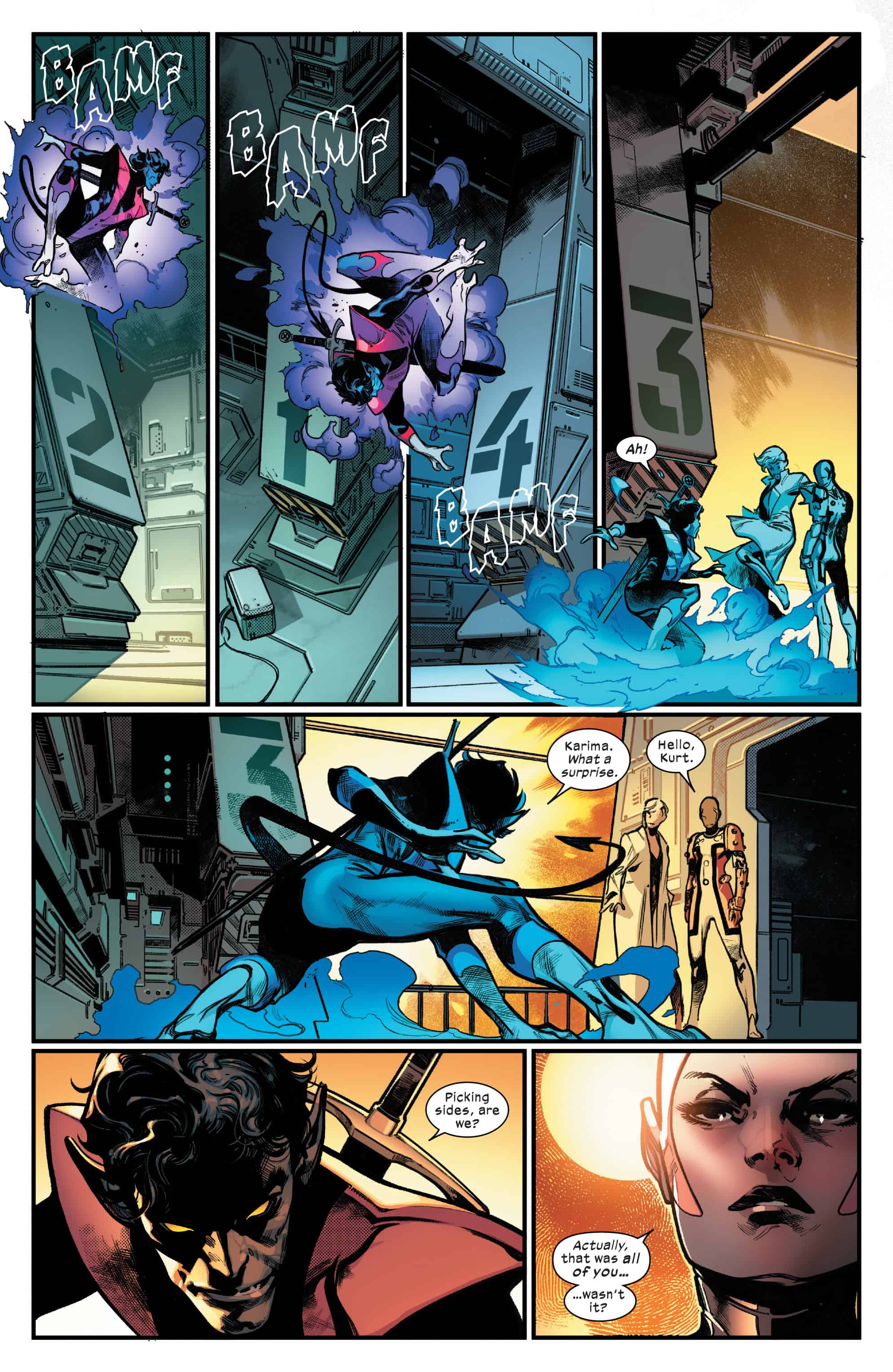 Plus we don’t know what Charlie’s motivations are (is that even Xavier under that helmet? Since when did he have TK?) and a lot of the things that we’ve seen have been deeply ominous. No humans, including human family, can enter Karoka. There’s forcible mental manipulation going on whenever a new mutant enters the island. That seems innocent (it’s just a language lesson…right?) but what about those pods? What about the fact that this X has broken all of the rules, including his old (always dubiously exerted) aversion towards mind wiping and brainwashing? Why is Jean acting like a child again? Why is Scott so nakedly terrified of this mission when he’s been a stoic about his death since he was a teenager? Ordinarily, when faced with the prospect of his own devastation he doesn’t blink. Now…
Certainly, this is an extraordinary piece of work. Multilayered and complex. It requires more than one reading to drain all the goodness. This orange can’t be pulped with one squeeze.
And, again, there is the matter of the art. I’ve rarely seen words and image agree so thoroughly on the page. The tone of the line work is absolutely perfect for the printed word. And the colors augment both perfectly. The tone of the whole is absolutely wonderful, consistently ominous, thoroughly enjoyable.
Pick this one up.

House of X #3 (Hickman, Larraz) Add together action, heart, a good dash of sci-fi, a smattering of political intrigue, a giant explosion, and you get this book. There's a brave new world, right between these covers, and, O, what people are in it!