Hulk #2: Colossus of Rhodes (of Space) 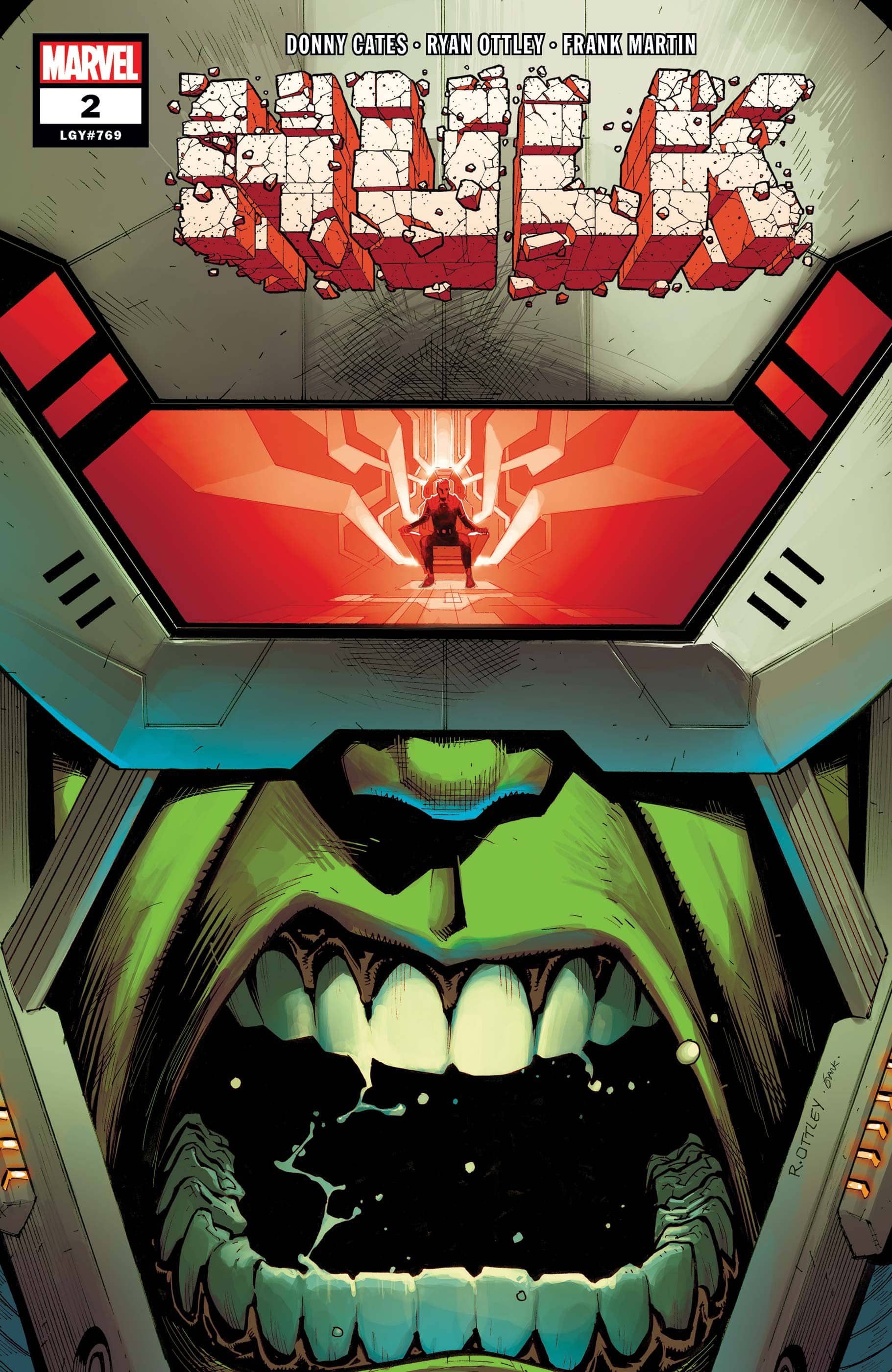 Bruce Banner has accomplished the unthinkable: fractured and compartmentalized his and Hulk's already-perilous psyche in such a way that he controls the Hulk from within, modulating his bestial rage and piloting his body like some kind of gamma-irradiated Gundam! But why? And how? What's his ultimate goal, and is the universe strong enough to withstand his rage?!

“High-concept” doesn’t even begin to describe Donny Cates’ take on Hulk. This is such wildly new territory for the Jade Giant, it’s no stretch in the least to say that this take is something that has absolutely, never, not once been done with Bruce Banner and his ticked-off alter ego. That’s saying something. Now, the question remains: where does Cates actually go from here? What’s the plot? How far can this idea be pushed before nervous fans start clamoring for a more traditional approach to Hulk and his anger management issues? Surely these are all things Cates (and his editors) must have considered during the planning stages; the fact that they’re giving him the go ahead with this extremely unique approach is a signifier of the brass’s confidence in Cates’ ability to spin a yarn (and, ahem, move units).

And now that the groundwork was laid last issue, Cates and top-of-his-game penciller Ryan Ottley get to have a little fun, flex, and show off a bit how this new dynamic functions. How does Bruce Banner “piloting” the Hulk work, exactly? As it turns out, it’s both allegorical and straightforward: a mental Banner pushes a “throttle,” creating ever-increasing threats for the mental impression of the Hulk, trapped behind a mental door that would frankly make Chris Claremont proud (“The psionic plane is no place for the normal rules of combat!”) As the “throttle” is upped, the threats grow more intense, requiring more strength/anger from the Hulk to topple, which Banner then uses to power the physical body he’s piloting.

Look, it sounds completely ludicrous when said out loud. But it’s undeniably fun once you commit to its mechanics, and just go with it. And besides, this is a superhero comic set in a world where a giant guy with a purple tuning fork for a hat comes around to eat planets. This is absolutely not even in the top hundred wackiest things conceived at Marvel.

What lacks in this issue, a bit, is the actual execution. Since issue one was all about the set-up, and this issue was about the “how,” which means there are a lot of visual demonstrations to support it. That works out to an over-abundancy of splash pages and giant-sized panels, which eat up a lot of page space to nominal effect. Sure, seeing the Hulk stare down a horde of kaiju in order to incite his rage is cool in theory, but at the end of the day amounts to something akin to self-indulgence. The effect might work better if Ottley were the type of artist whose style favored the delivery of big, impactful panels like this, but his sparse linework means that going big actually works against him because it highlights the lack of detail in a negative way. When he’s delivering close-ups, designing characters, showing off emotion – that’s when Ottley really shines (for comparison, he’s not dissimilar to early-’90s Sal Buscema, which is absolutely a compliment of the highest order in my book). And this issue has plenty of those moments. It really helps that he pairs so well with inker Cliff Rathburn and especially colorist Frank Martin. The former’s bold linework helps empower Ottley’s pencils in exactly the right places, and Martin’s bright, in-your-face colors bring a powerful show to the whole thing.

If anything could really be held against Hulk #2, it’s that it might be going too big too fast. Cates clearly has a master plan, and he’s earned my trust to an extent that I know he’ll follow through with it in a unique, fun way. Now it’s time to slow things down a bit next month, and explore this new dynamic.

Hulk #2 is a pure shot of adrenaline from start to finish, but now that the new dynamic is firmly established, it's time to slow down next month and take some time to breathe.

Hulk #2: Colossus of Rhodes (of Space)