I Am Batman #0: Next Batman Rising 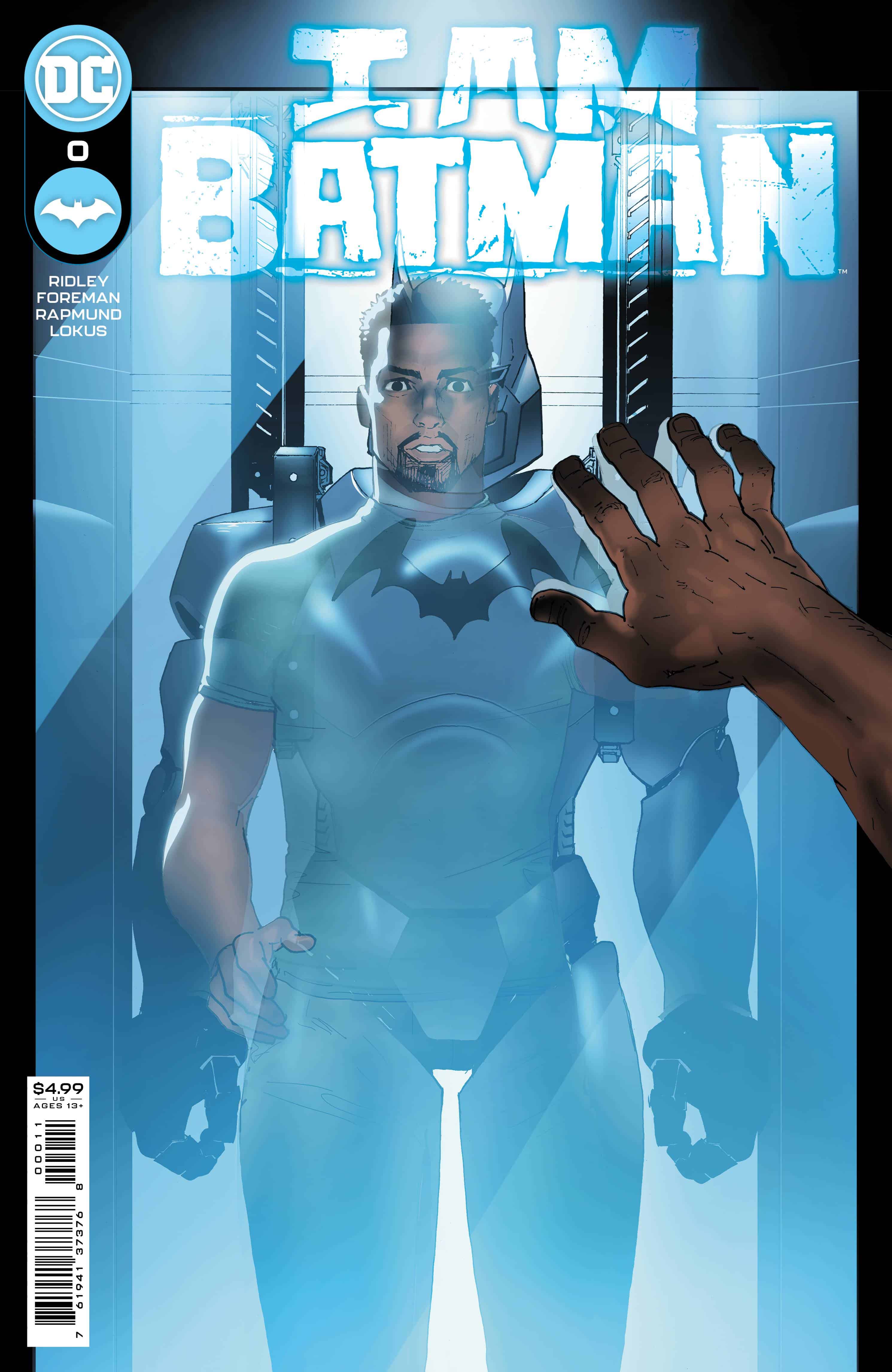 After months of build-up, Jace Fox is finally ready to enter the main Batman line. Having discovered Lucius Fox and Bruce Wayne’s hidden Batman armory in the former Waynetech building, Jace is determined to unlock the secrets of Batman’s technology. He hopes to use it to defend ordinary citizens against the whims of the elite... a dream made somewhat more complicated by the fact that his family is the elite.

Since the beginning of 2021, DC has been preparing Jace Fox – the eldest child of Lucius Fox – to face his oncoming destiny. We first met him in Future State: The Next Batman, and then got to know him better in his digital-first miniseries The Next Batman: Second Son. There, we were introduced to Jace as he is in the present day and got to know a bit of his past.

When last seen at the end of Second Son, Jace had just located the hidden armory in the WayneTech (now FoxTech) building where Batman’s equipment was born. Not knowing that Bruce and Batman are one and the same, he came to the reasonable conclusion that both Wayne and his father were working with Batman – or for him.

Now, if you know Jace from Second Son, then you know he has at best a conflicted relationship with his family’s wealth – especially now that they’ve taken control of the Wayne fortune. He’s seen first-hand how it can corrupt, and how dangerous the wealthiest people can be when they lose sight of the fact that they are, nonetheless, only people. He perceives Batman as a private soldier for the Wayne and Fox families, which is bad enough, but now that the Magistrate is making use of that same technology to create an army of super-cops, he is even more unsettled.

His solution for the moment is to try and unlock the secrets of the technology used to create Batman’s power suits and the armor used by the Magistrate and put it to use himself. Of course, this means Jace is now in an even more uncomfortable position than he has been since his return to Gotham… as the Fox family continues to build secrets upon secrets in their dealings with one another.

I have a lot of thoughts about the current turn at DC and the rise of new mantle-holders for the most iconic codenames in the business – I loved The Next Batman, but while the idea of Jace taking over as Batman in the absence of the original made sense, I’m a little more hesitant about the idea of him running around as Batman while Bruce is still out there doing it as well. I’m admitting this off the bat (please, pardon the wordplay) because I want to get my biases out there for full disclosure.

That said, I do see a difference between the originals and the new wave not just in the obvious way – they’re literally different people – but also in the motivations behind their rise. Jon, Jace, and Yara all bring broader perspectives and a more modern, prosocial attitude to the table. It’s evident in Superman: Son of Kal-El, for example, when Jon Kent proclaims that what he wants to stand for is Truth, Justice, and a Better World. It’s evident in the idea that Yara Flor’s mission is to bring balance to the natural and human worlds. And it’s evident in Jace Fox’s dedication to shaking up the system of wealth and privilege and existing as a symbol of revolution.

It’s an interesting approach. I’m not sure where it’s going to go from here – by the time of Future State, Jace seems to have become a more traditional Batman. Still, assuming we aren’t going into a literal recreation of that timeline, it may be the difference in their drives that serves to justify the existence of both Dark Knights going forward.

As an Issue zero, I am Batman is mostly set up – a bridge between Second Son and Jace’s crimefighting debut during the “Fear State” event – but as setup issues go, it’s an effective one, introducing the main character, his family, and complicated ties, even his potential love interest right off upfront, and without ever feeling rushed or crowded. The characters are fully realized, multi-dimensional humans with complicated dynamics in place despite their minimal appearances to date. That’s a testament to John Ridley’s skill as a writer. He’s clearly been building this world within a world with love and attention, and really making these characters breathe.

Travel Foreman is a strong partner for Ridley. Foreman’s work came to my attention on Black Cat two years ago when he took on her first issue, and to this day that car chase sequence lives in my head with no legal tender exchange whatsoever. I have all the love for Foreman’s work but there’s something not quite clicking with here, and I think it’s the desaturated, mostly flat coloring, which seems to my layperson’s eyes to be more appropriate for a more detailed style where the artist provides grey tones or crosshatching to create depth.

With that in mind, I thought I’d look up the color artist, Rex Lokus, which just confused me more because he does amazing work – just gorgeous, atmospheric stuff. So… I’m not sure. Maybe the stark look is what they’re aiming for and I’m a philistine who doesn’t understand the aesthetic. If that’s the case, well, fair enough.

I Am Batman is a strong entry point for this new-but-old character as he makes his way into the mainstream Batman line. Jace is a great character with a unique motivation among bat characters that makes him stand out. It'll be exciting to see where he goes in the future.

I Am Batman #0: Next Batman Rising