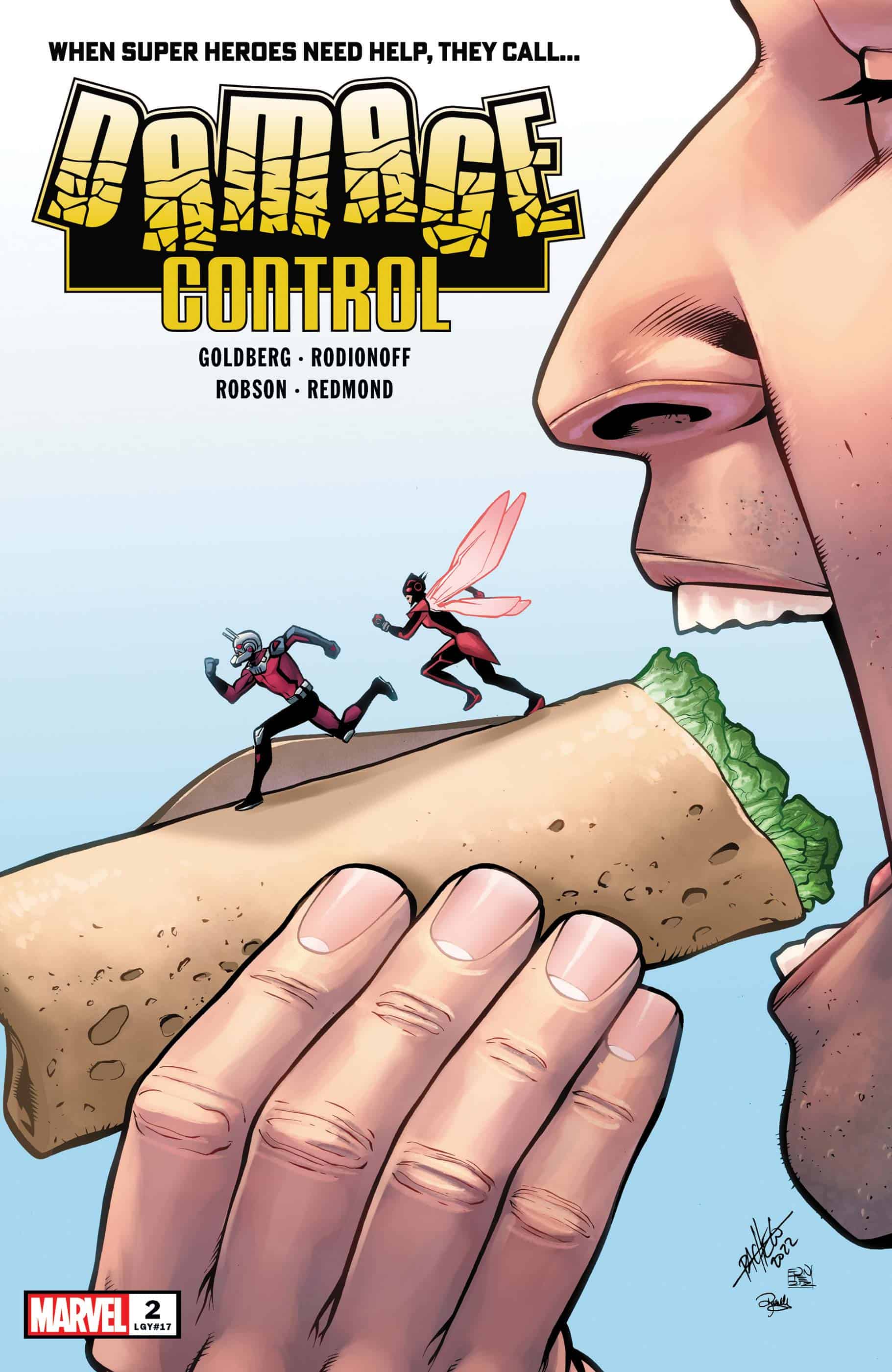 In which Gus is transferred to Human Resources and winds up… squishing an entire family. That's just how the burrito bursts, I guess.

This issue sees our hapless hero (if we can call him that) transferred to the offices of Human Resources, under the auspices of the perpetually enraged Ms. Chapel. Once Gus is ensconced within his flush (or at least flushable) new quarters, we witness him getting scammed by a series of lazy, crazy, and otherwise time-wasty people before he predictably forks up big-time.

There’s a great deal to love about this series, if you are a fan of slapstick mayhem and office humor. I particularly loved the lies concocted by the less than scrupulous patrons (a flerkin ate my husband! And our Toyota!) as well as the fact that this series lampoons Marvel readers who demand that books be filled with continuity and realism.

This entire series functions as a giant middle finger to overthinkers (such as myself) who demand that such an office must exist within the universe to keep anything at all functional between giant, world-shattering events. It’s all in fun, of course, and highly enjoyable if you are a fan of series like I Hate Fairyland.

Part of the pleasures of this series springs from the fact that writers Goldberg and Rodionoff obviously treasure and meticulously utilize the very continuity that they are lampooning. I was never expecting to see KLGT-Man again, in all of his silver age glory, but here he is. With footnotes and everything.

I loved the sly little nudge that overly privileged white guys blindly believe other white people, regardless of how stupid their stories are, over people of color who are actually affected by horrors, but that message was a bit too buried to be effective.

If the writing in this issue has a flaw, it’s that they use Punisher, and present him in a goofy, but otherwise positive light. Nope. No thanks. That character has been too thoroughly coopted by the fascistic Right to ever be even slightly entertaining again. Skip him next time.

Will Robson’s art was a cartoonish delight. Every panel was packed with jokes and tiny tidbits of delicious character. Ruth Redmond’s colors were fantastic: adding a great deal to the overall hilarious effect.

If you are a comics fan who enjoys poking fun at yourself and your geeky proclivities, this series is for you. I highly recommend it.

If you are a comics fan who enjoys poking fun at yourself and your geeky proclivities, this series is for you. I highly recommend it.