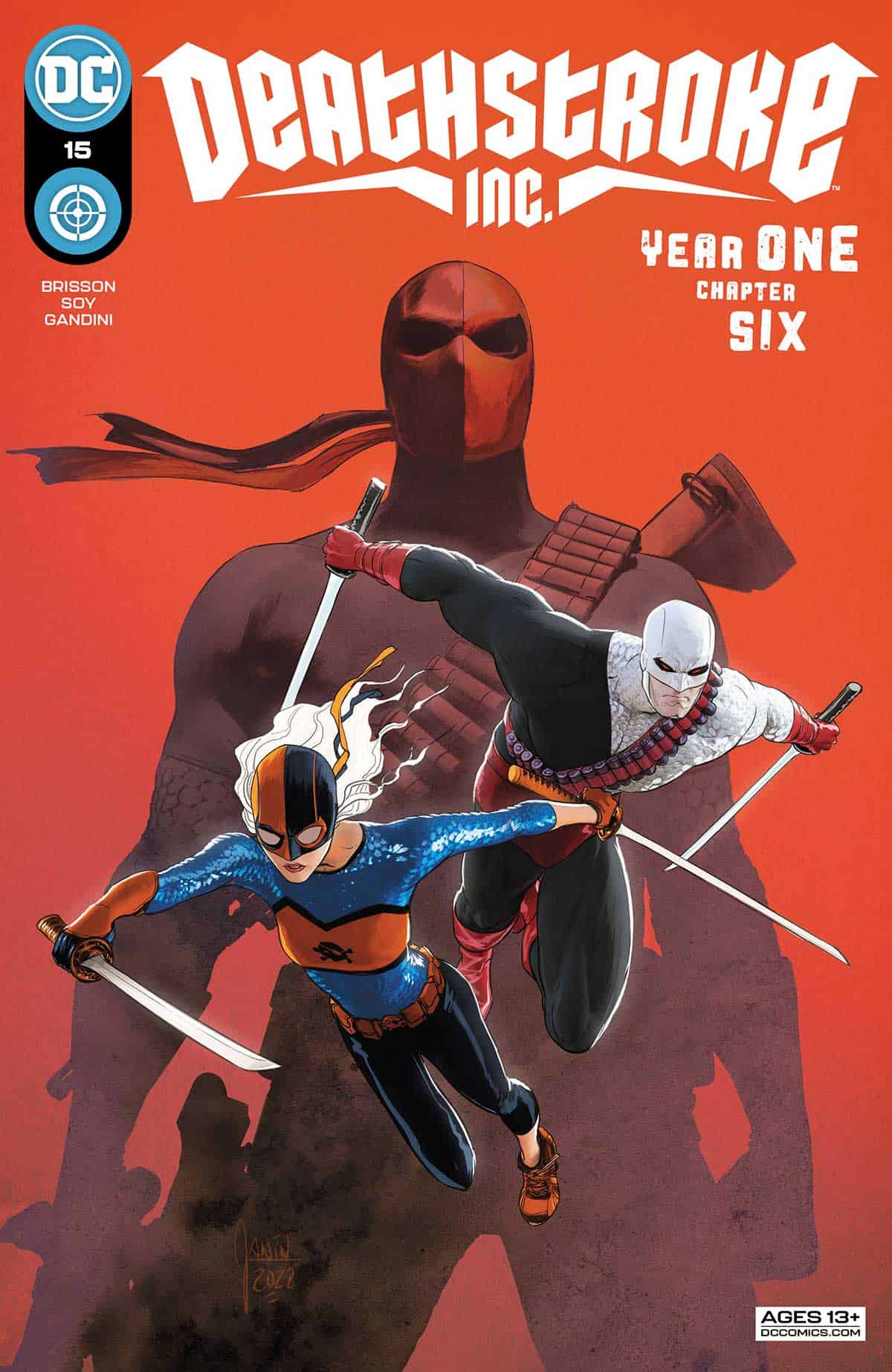 After having infiltrated the secret bunker hiding Dr. Campbell, Deathstroke completes his contract and manages to eliminate some of the competition before doing so, but when one of the last assassins takes Wintergreen hostage, Slade is left defenseless to keep his friend from dying. Can he make his bones from the job while also making sure that Wintergreen stays alive and become the Terminator that we know him to be?

If there’s one thing that no one can ever say about Slade Wilson, it’s that he doesn’t complete the job. 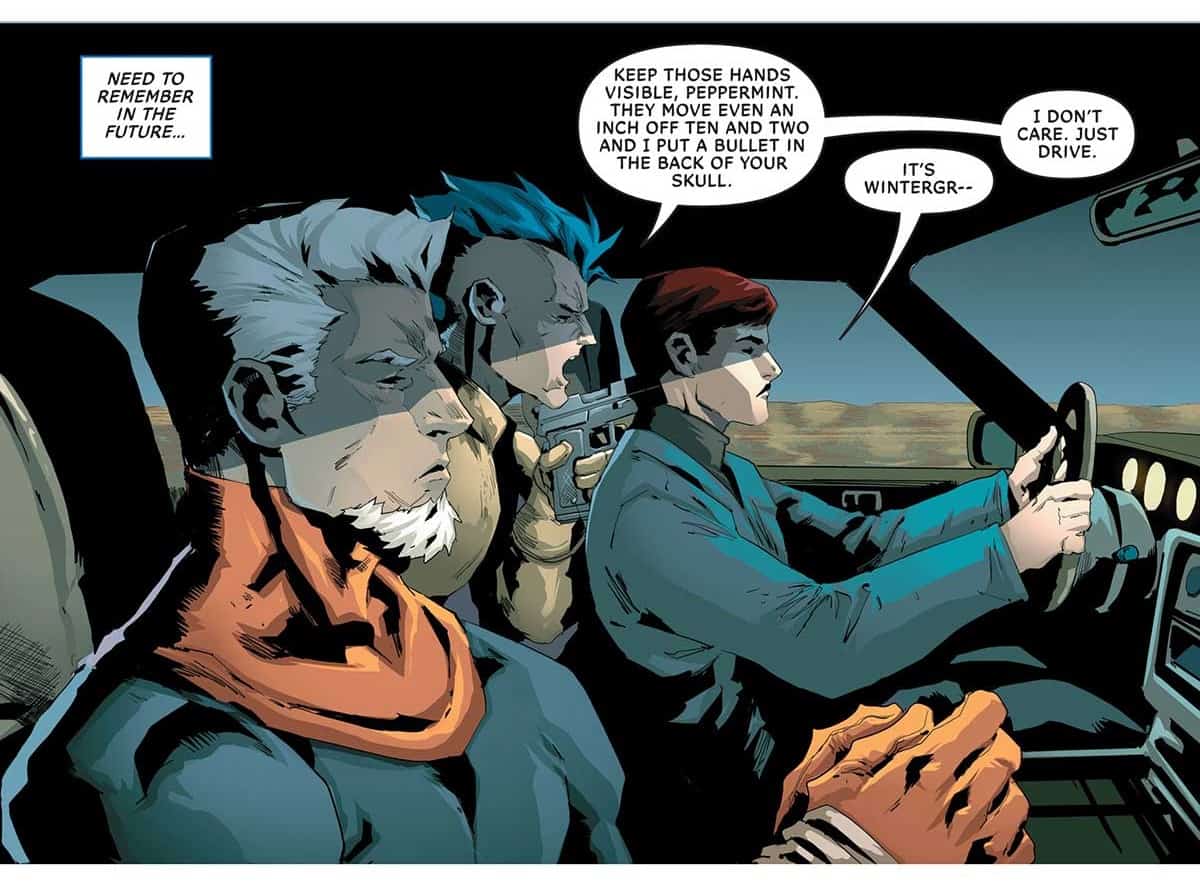 The last few issues of Deathstroke Inc. have shown that, no matter what, Slade Wilson will go through leaps and bounds to ensure that he fulfills his contracts no matter how much damage he has to sustain, no matter how many people he has to kill, no matter who stands in his way. If he wasn’t such a horrendous person, the sheer amount of tenacity would almost be admirable. Though, for all of the praise that I have given this latter third of the series, this issue, in particular, might be the weakest.

Ed Brisson is a great writer and it’s not to say that this issue was bad, but picking up right after Muzzle takes Wintergreen and Slade hostage only to kill him off a few pages after is kind of a waste. I understand that it’s to show that there’s still a little bit of a good conscience under that hard exterior, but those pages could have been saved for the end of the book to recount other assassinations to round out the “Year One,” rather than the singular one that we get. More than anything, this ending makes it feel like the first few weeks rather than a year in life. 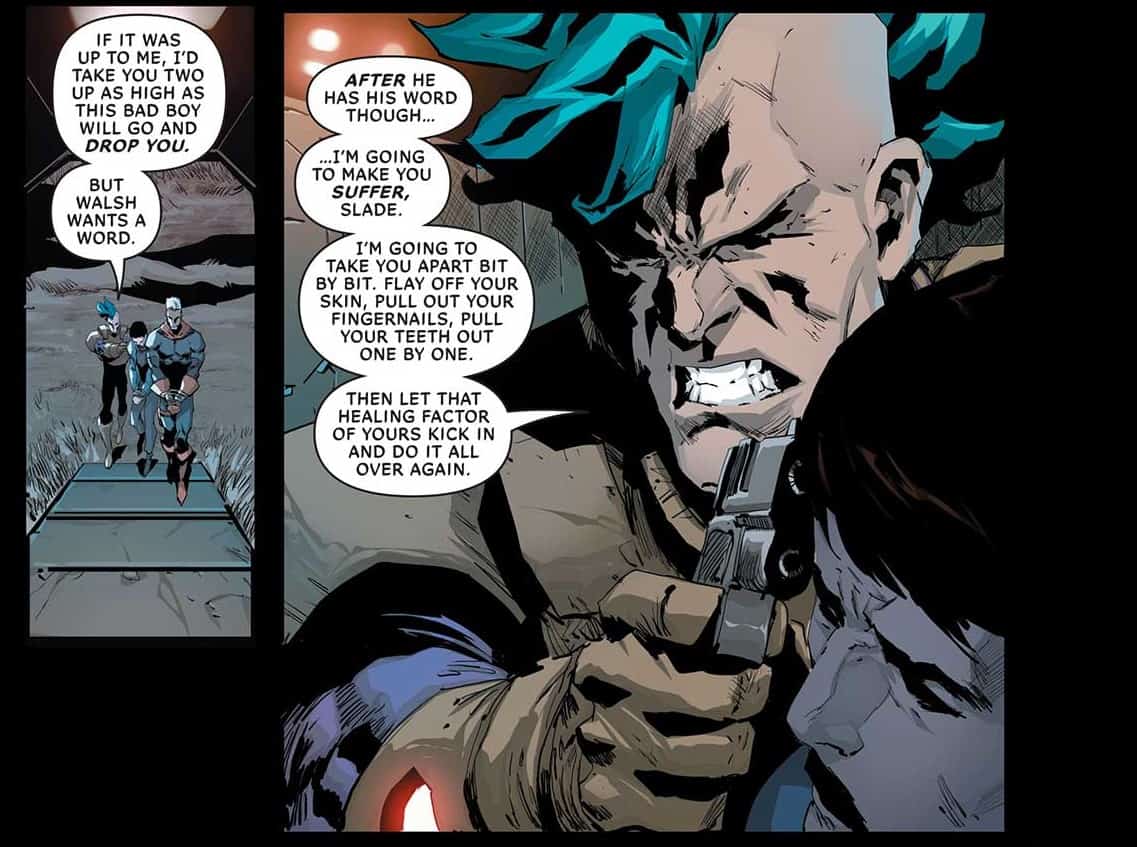 Slade confronting the man who gave him the contract was a very cool scene showing how unafraid Deathstroke is staring down the barrel of several guns and the confrontation that he has with his wife Adelaide at the end of the book is very powerful. Both moments show that Slade knows what dangers to face and how to manipulate every circumstance he finds himself in to make his life as an assassin advantageous. Though, everything has this creeping feeling of a rush to it.

Maybe only because Grant and Rose Wilson are on the main cover of this issue, I get the feeling that Brisson wanted to start laying the groundwork for the other Wilson Children to have little arcs around them if the series were going to continue, or maybe Mikel Janin just got told to make a cool cover, which is also more than understandable. It just doesn’t feel like this issue had enough meat to it and the wrapping up that it did, didn’t feel too satisfying – this is likely because we know everything else about Slade’s backstory so it would just be rehashing stories that we’ve seen before, but that might not have been the worst idea. 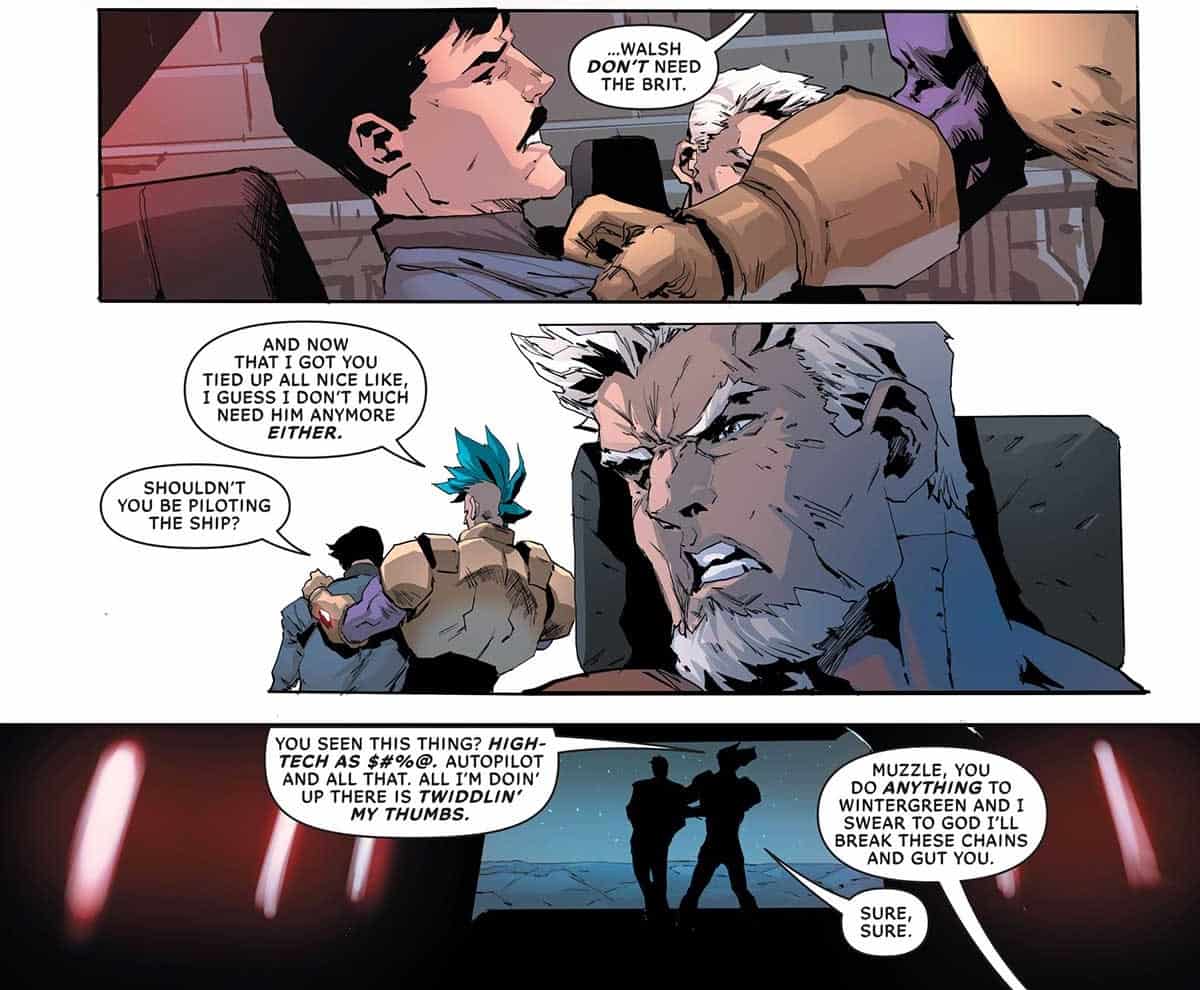 As always, however, Dexter Soy’s art and Veronica Gandini’s colors are fantastic.

Soy’s lines are wonderful – being just thin enough to create nice outlines for characters while also giving excellent texture to character faces, clothing, and backgrounds. His inks give these lines a small sense of weight and help to add further depth to characters and the surrounding environments by filling out the shadows and shades as needed. And I’d be remiss if I didn’t mention how fantastic his facial expressions are. From the monotone expression that Slade wears when he dresses down the government agent who gave him the contract, to Adelaide’s angry face as she reprimands Slade for being so callous after she told him about her pregnancy. Soy is very easily able to convey each and every emotion to bring out the most in these scenes and it works so very well to make the book enjoyable.

Veronica Gandini’s colors help in uplifting the art by setting the tone and emotion of each of the scenes. When Muzzle has Wintergreen as a hostage, the backgrounds take on a slight red tint, mostly because of the lights, but also in a sense to understate how tense the encounter is. One of the later scenes tries to balance out the colors to give off a sense of normal domestic bliss, something almost serene and foreign to Slade Wilson. Both Slade and Adelaide wear pastel yellow and pink respectively, almost signaling that things can be perfect and not but a page later do we see Slade decked out in that vibrant orange and grey.

Deathstroke Inc. has absolutely been a fun ride, but it had to end eventually, though I wish it weren’t with a slight stutter. Ed Brisson, Dexter Soy, and Veronica Gandini did a very good job with this last bit of the series and I definitely want to see them on another project together, maybe even a continuation of this one - though, depending on how Dark Crisis ends, there may be little chance of that.