ICYMI! Eternals Celestia #1: Laughing We Hurried Beneath the Stars 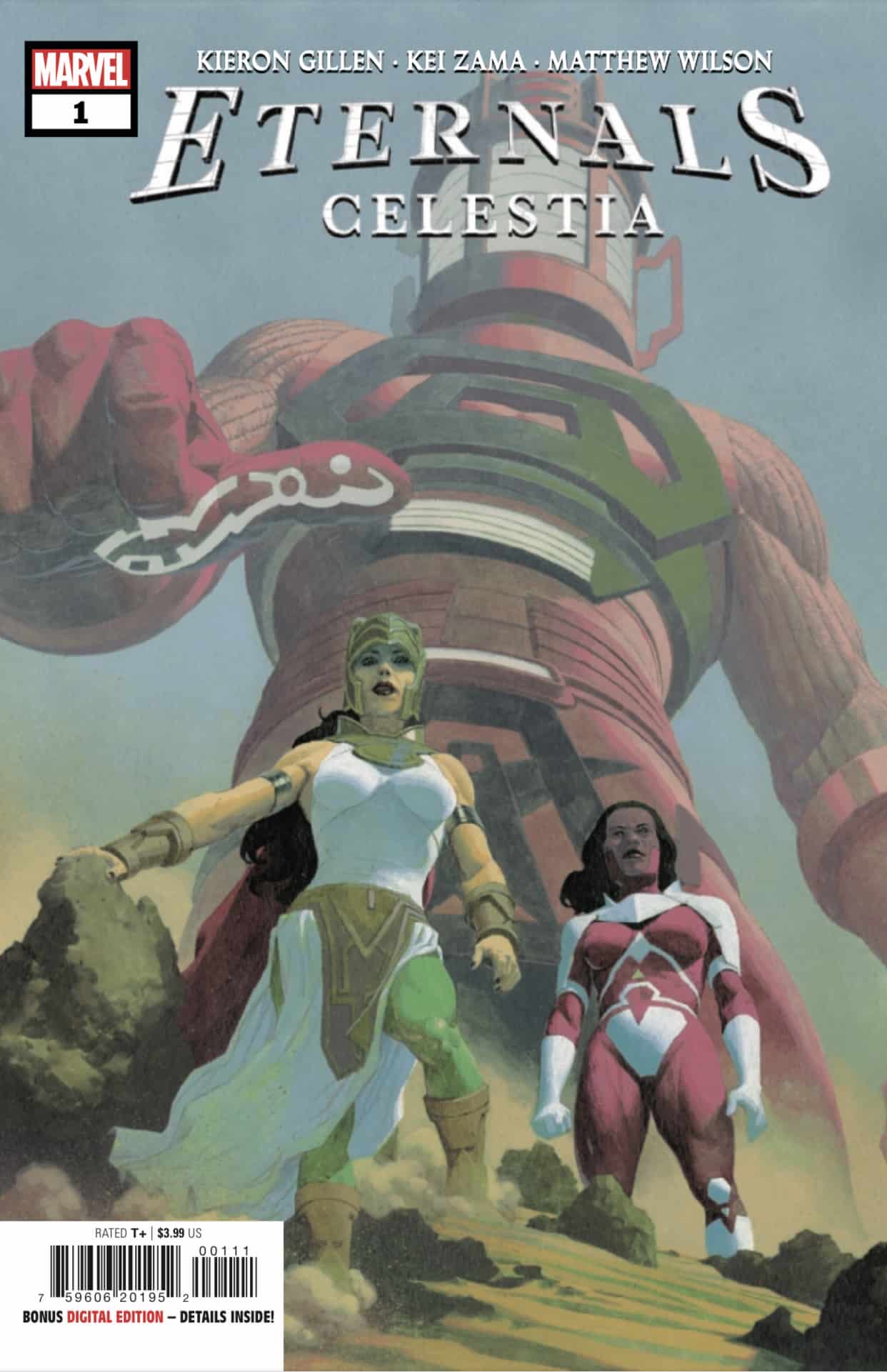 THERE IS NO GOD FOR THE ETERNALS! Now that the truth of their existence is revealed, Ajak and Makkari must pick up the pieces and try to find a road forward...no matter how terrifying it will be, or how their choices will irrevocably shock the rest of the Eternals? Also: How do the Avengers of 1,000,000 BCE figure into it?

Writer Kieron Gillen’s back with this one-shot with a story revolving around Ajak, Makkari, and the Avengers from 1,000,000,000 BCE, and much like the rest of Gillen’s Eternals work, is more cerebral than standard superhero fare. This one-shot is an introspective character piece delving into the psyche of Ajak, who isn’t an Eternal that’s usually used in other corners of the Marvel Universe. Ajak is one of the “polar Eternals’”, who originated from aural mountains in Russia. Ajak has always been portrayed as the embodiment of Tecumotzin, a fictional Incan god, and is often dressed in Incan inspired clothing and armor. 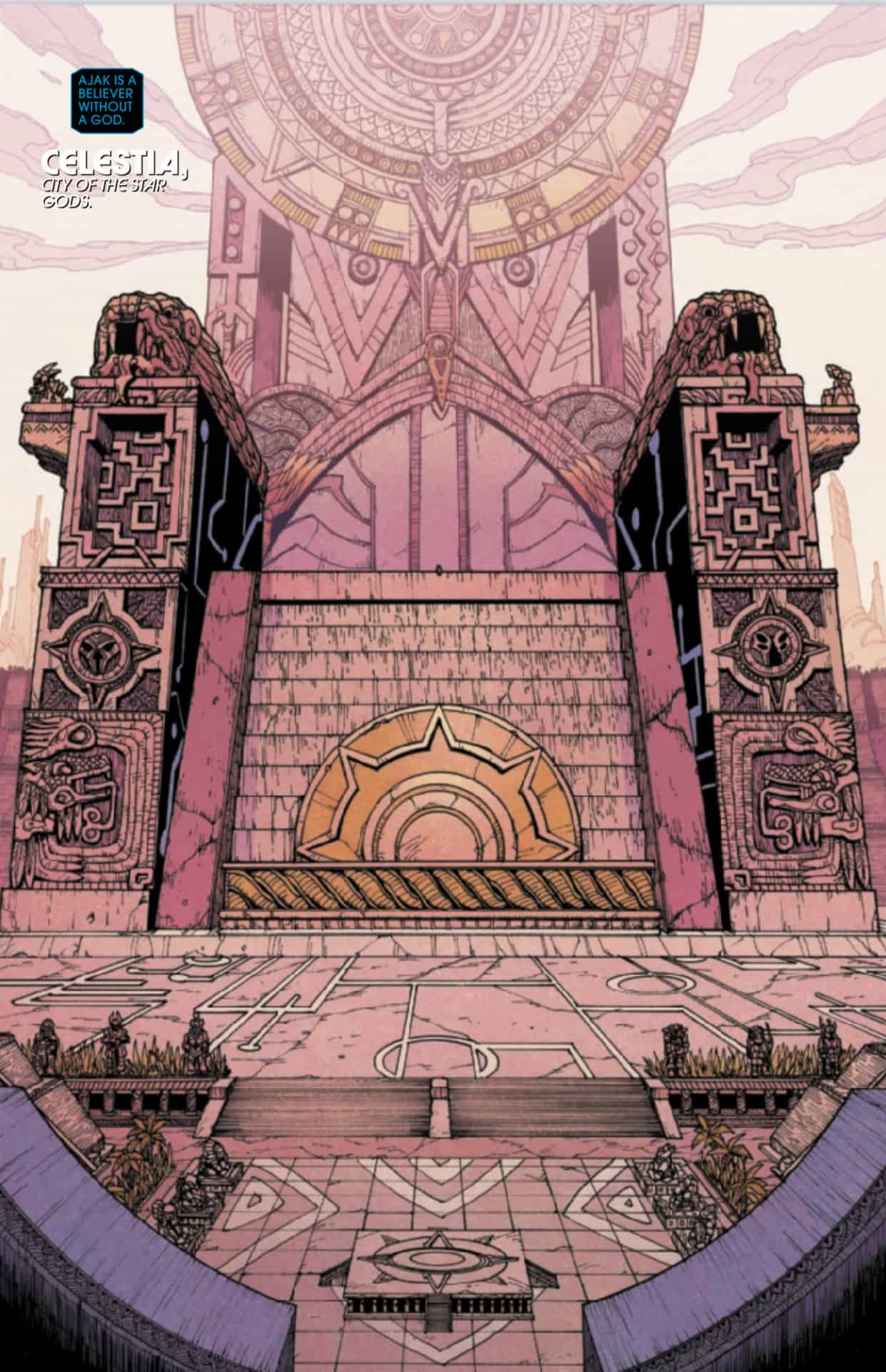 The issue revolves around Ajak’s place in the world now that the reason for the Eternals’ creation by the Celestials isn’t what they thought it was. Ajak has dedicated her life to being one to converse and interpret the Celestials motivations, but that’s been thrown away, and she’s unsure what she is to do in this new world. Makkari joins Ajak, and the two couldn’t be more different. While Ajak dedicated herself to the older Celestials, Makkari worshipped and the Dreaming Celestial. After watching the Dreaming Celestial being desecrated by the X-Men, was distraught, but decided to dedicate her life to redefining what their purpose is.

Gillen continues to flesh these characters out, further developing their world, as they prepare to make their film debut next month. Ajak isn’t one of the Eternals that doesn’t get as much play as Sersi, Gilgamesh, or Ikaris, Eternals that have played a bigger role in the larger Marvel Universe, so the attention dedicated to her was very much needed. Seeing her question her place in the world humanizing the character, and it really struck a chord with me, as it’s something that I’ve had to deal with several times in my life. 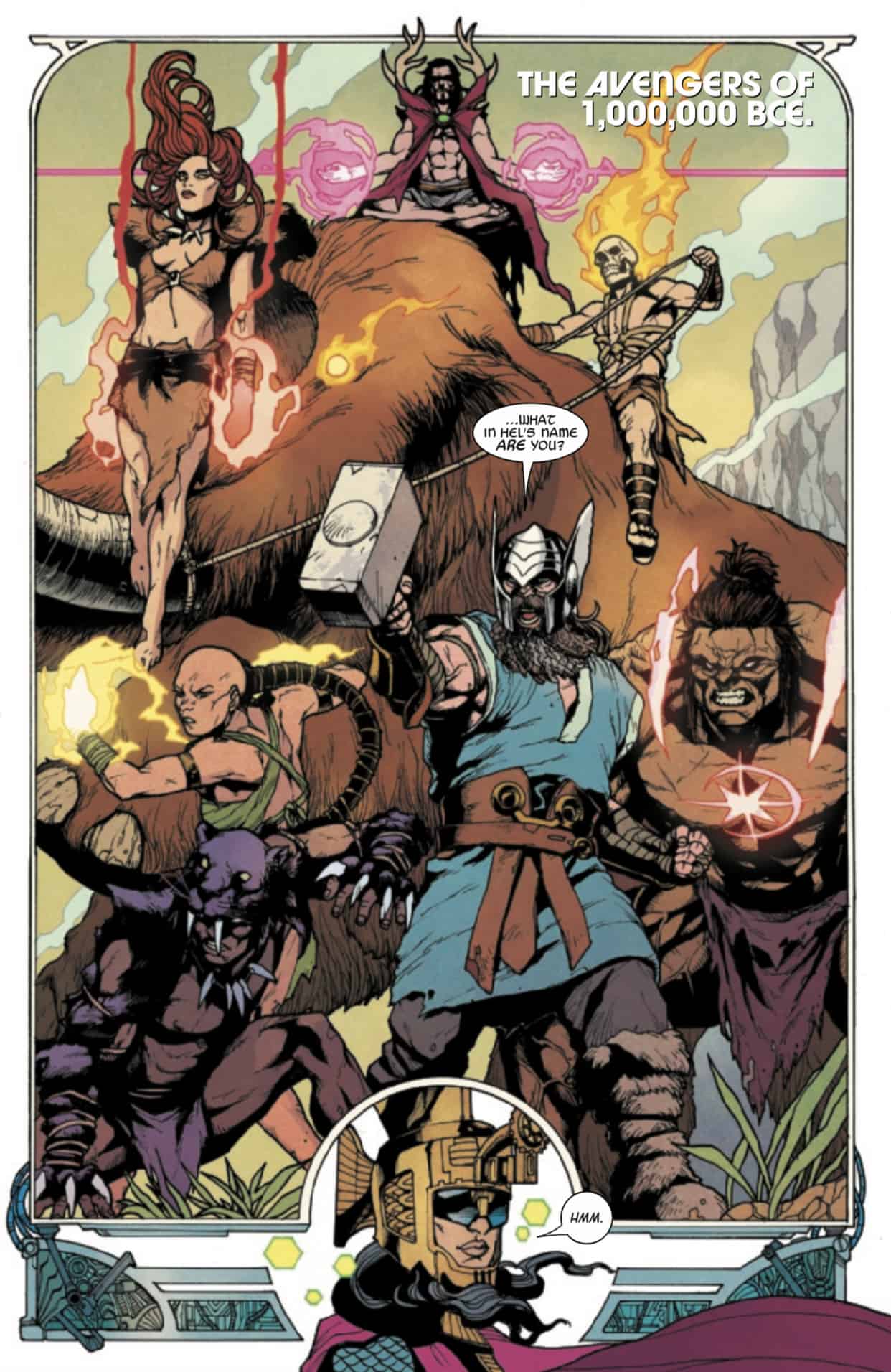 The biggest disappointment was the lack of interaction between Ajak and The Avengers BCE. The lack of action has been one of the biggest detriments to this book since Gillen has taken over. While I’m loving the character work being given to the property, it can become a tad tedious when playing in the superhero genre of storytelling. Especially when involving the Avengers BCE, who’ve been teased for nearly four years now, with very little payoff.

Kei Zama is the artist here, and their style is a welcome treat. Kei is a Japanese based artist, who has done projects for IDW, and 2000AD, and the style here is refreshing. The style used isn’t one that I’d associate with the Eternals, in general, but for this type of story it works. It’s a stark departure from the Ribic’s from the main ongoing, but it is rather similar to Dustin Weaver’s style used in the Thanos one-shot, and it really works here. I hope to see Zama’s work on future projects.

Ajak and Makkari come face to face after having their reason for existence blowing up in their faces after learning about their actual origins. Are they able to reconcile with this shattering blow? Only the future will tell. Ajak finally gets some much needed character growth in this issue, and hopefully we’ll see the further development down the road.

ICYMI! Eternals Celestia #1 Laughing We Hurried Beneath the Stars