ICYMI! Invincible Red Sonja #5: You Know You’re in Trouble When You See Her Red Eyes 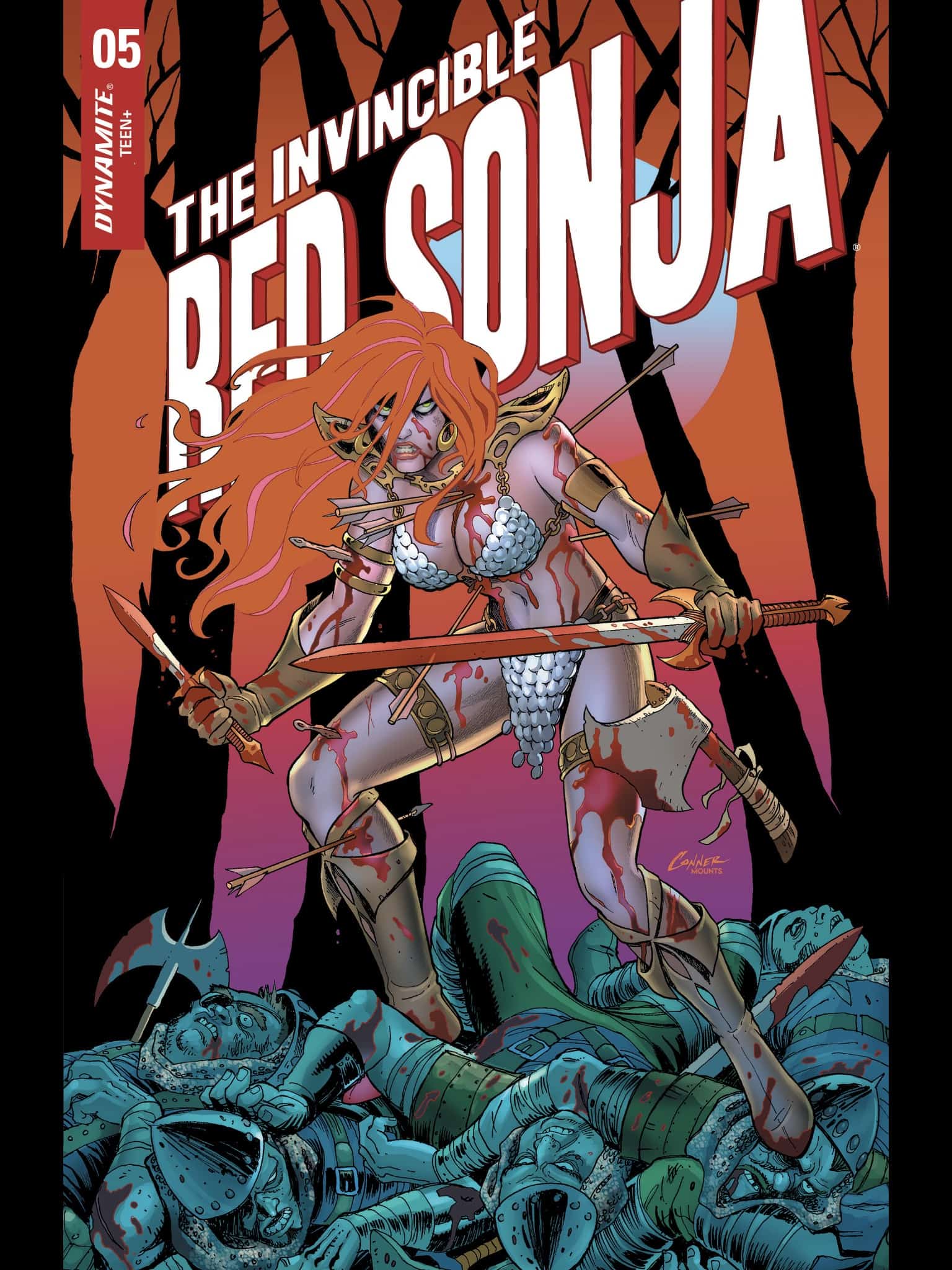 It’s the penultimate installment to this first adventure! Sonja is on a blood-soaked adventure under the Invincible spell making her the wizard’s pawn to use how he wants as the city mourns the murder of their King and two armies get ready to even the score. Amanda Conner, Jimmy Palmiotti and Moritat continue their epic tale of love, betrayal and evil!

The art overall has the appropriate feel for the story that it is telling.  The fighting is brutal and violent with a fair amount of bloodshed.  It is neither overly cartoony or endlessly graphic and gory.

I particularly like the detail of Sonja’s eyes.  For most of this issue she is under the spell of an evil wizard compelling her to fight for him.  When she is totally under his spell in battle, her eyes are shown as red.  When the spell is not as powerful on her, her eyes have the normal color. I appreciate that small detail.

Character-wise, I appreciate that Sonja throughout the story is fighting the wizard’s spell.  She just does not succumb and become a mindless slave, she fights. The wizard himself is surprised that Sonja is fighting him so much.

I like that the two main female characters are fighters.  Sonja of course being the main protagonist but also the princess at is betrothed to be married.  She is shown in armor accompanying her betrothed as he seeks to avenge the death of his father.  Dynamite again depicts beautiful women as fighters and protagonists in their own stories and not background fodder.

This is the penultimate issue of this arc.  We have gone back to the beginning of this arc where we saw an entranced Red Sonja forced to fight for her hated enemy.  By the act of her remorseful adversary she is unwittingly freed.  Now she can truly face her past.

ICYMI! Invincible Red Sonja #5: You Know You're in Trouble When You See Her Red Eyes