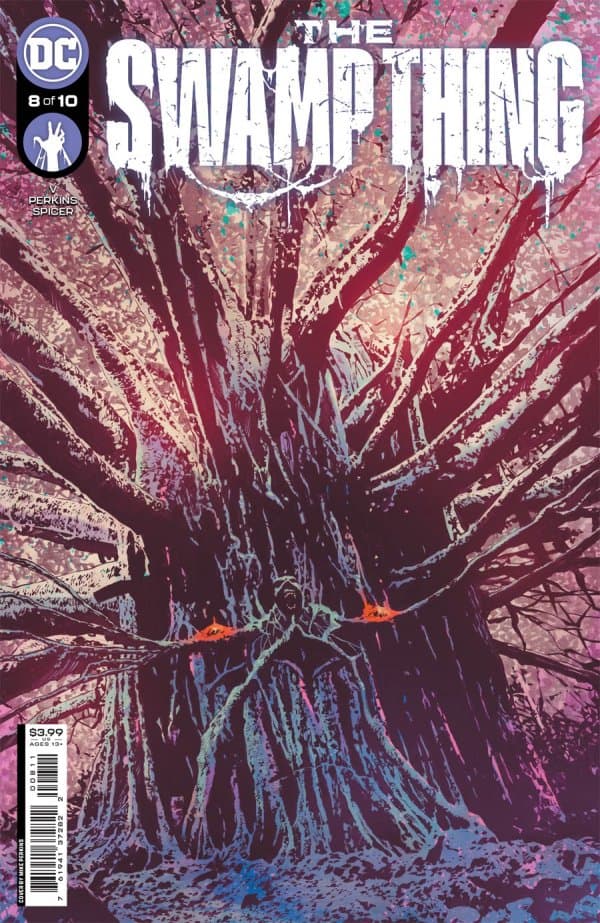 A terrifying reunion! With Levi making his choice, the new avatar of the Green draws one step closer to escaping the clutches of the Suicide Squad! But is it already too late? Has the Squad bolstered themselves to an unstoppable end? Or will an unexpected guest help him to victory at a terrible cost?

Ram V can write, we all know that by now. The way in which he has made Levi a sympathetic and compelling character deserves a great deal of merit. The consistently of his writing, his lyrical language, does not make any compromises with the action, nor the plot.

V has a knack for really humanizing his characters, centering their background, their stories and their experiences. Such was the case for Levi, and the same is true for Rudy Jones. Through Parasite’s memories, Levi sees the man behind the monster. This also helps him in reconciling with the memories of his own father, and allows Levi to forgive himself and understand more of the green.

As V reveals more of now the Green came to be, the cultural significance behind the ceremonies and practices, the involvement of his mother and his brother, we also find out who is behind the curtain, pulling all the strings.

As see the Swamp Thing take on Cemo and Parasite, it is action which jumps out of the page and that is to the merits of Mike Perkins and Mike Spicer. Their work, especially in this issue, was outstanding! The bright oranges, the vivid greens, make for some truly stunning visuals.

The lettering by Aditya Bidikar holds its own alongside this artwork, and amplifies some of the best moments of the comic.

This issue answers some of the must anticipated questions, and has set the scene for what I believe is going to be an epic finale! I cannot wait to see what happens next!