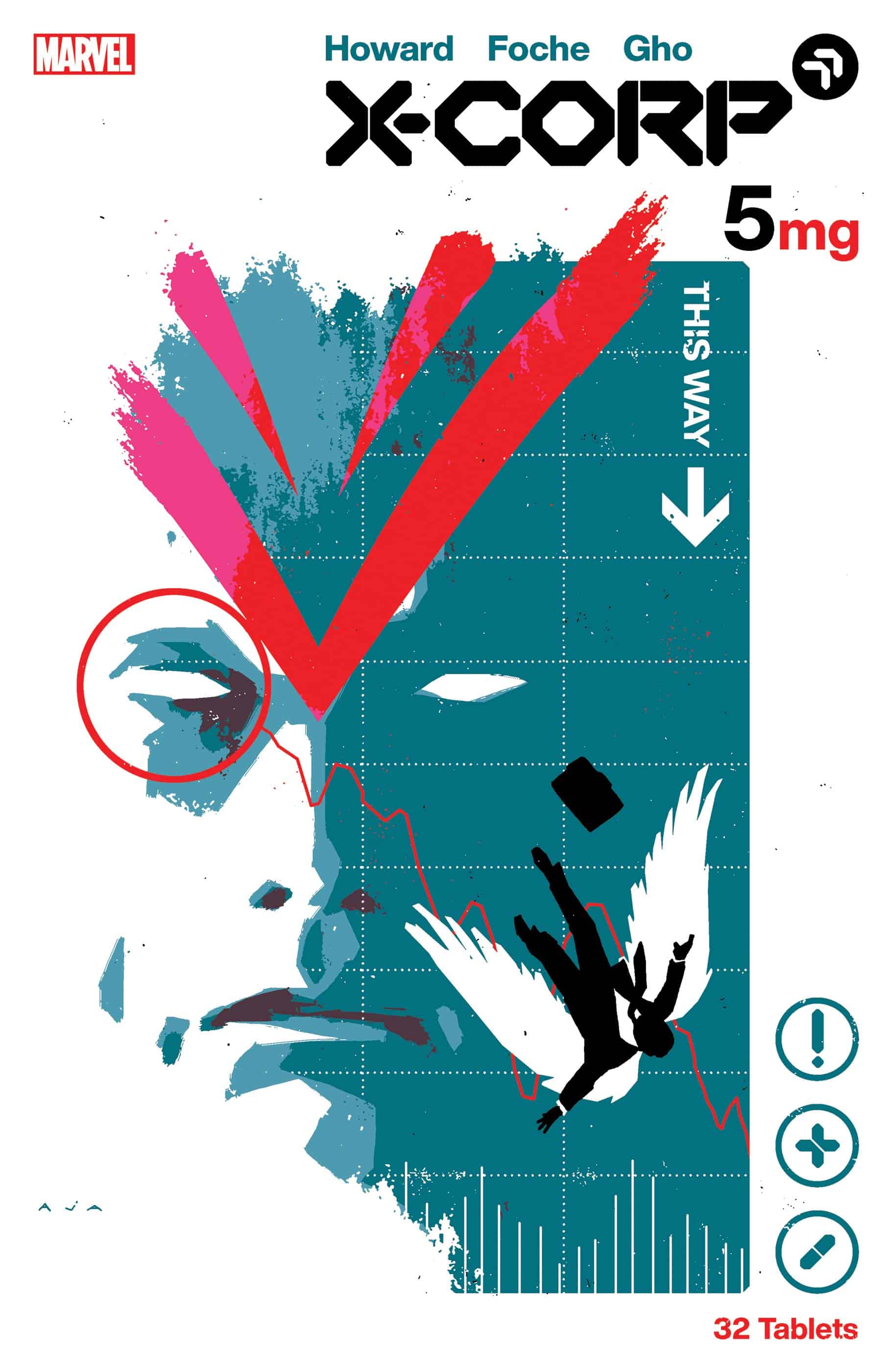 Fenris and their human friends are overwhelming X-Corp base. Can Monet and Angel stop sniping at each other long enough to save…. anything at all?

This issue wasn’t bad. Most of the action made coherent sense. It’s wonderful that Trinary finally got a name (though kind of problematic that it was given in an infographic, a section of the book that many people will skip), there were a few good character beats, and it’s setting up for the relaunch/continuance of the book that’ll come after Inferno.

I enjoyed seeing some of the threads from HoX/PoX getting picked up in this book as the humans use technology to enhance themselves into something that is decidedly less than what they were, replacing their own blood with poison and sacrificing thinking for strength are probably not the smartest choices, but it’s easy to see how this could lead to one of the failed lives of Moira X that were shown in the series which launched this new era.

Some of the flaws which haunt Howard’s other books (off characterization, frail plotting) are absent or lessened in this issue, probably due to the compressed finale, and it’s pretty clear that this isn’t really an ending as such — it’s more of a pause before everything starts back up again. I can’t exactly praise this book, but I can say that if every issue had been like this the series would have been considerably better. Hopefully Howard will take the break that’s coming to work on her craft, as she did when the books paused at the beginning of the pandemic. That break led to a dramatic improvement of her work, so perhaps this one will as well. In any case, I’m far less pessimistic about her qualities as an author than I was.

The art was appropriate for the text. Alberto Foche has a good eye for action. Sunny Gho’s cheerful colors worked well with the story. There’s a lot of light in this book, a great many explosions. His use of yellow and white were well placed and judicious, never drowning the lines.

As stories go, this arc was not essential reading, but there were a few good moments, and the issue as a whole showed signs of marked improvement on all levels. If this line is renewed after Inferno, I won’t be sorry.

This arc was not essential reading, but there were a few good moments, and the issue as a whole showed signs of marked improvement on all levels. If this line is renewed after Inferno, I won't be sorry.