Immortal Hulk #15: The Holy or the Broken 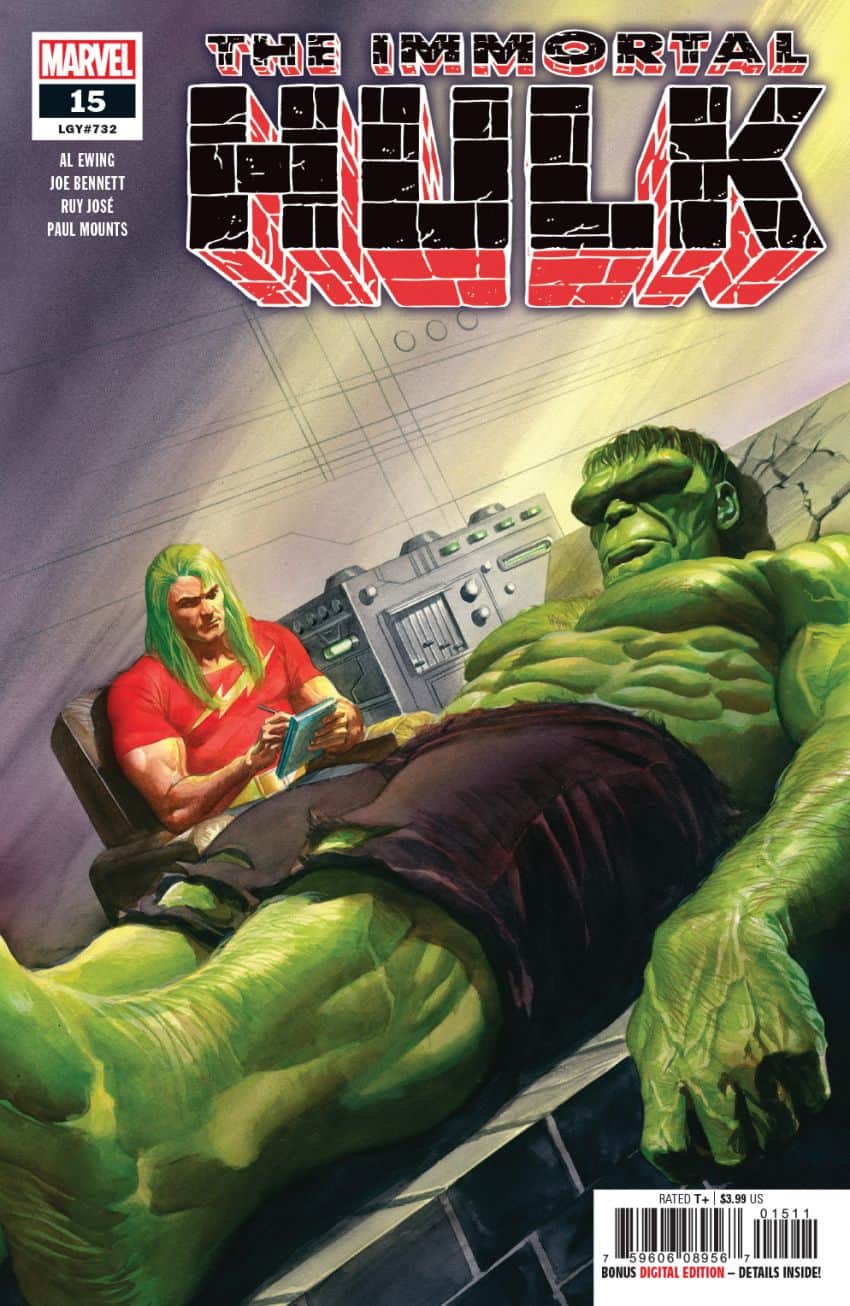 Over the last thirteen issues, we learned that Hulk/Banner can “presumably” be killed; however, the night is for the monster. Hulk has some sort of regenerative and absorbing abilities, but to what extent? Bruce Banner is taunted by the original trauma and his father’s strong grip. Although, Banner continues to have self-inflictions by his inner monster, Hulk executes the work that his other half is incapable to accomplish. 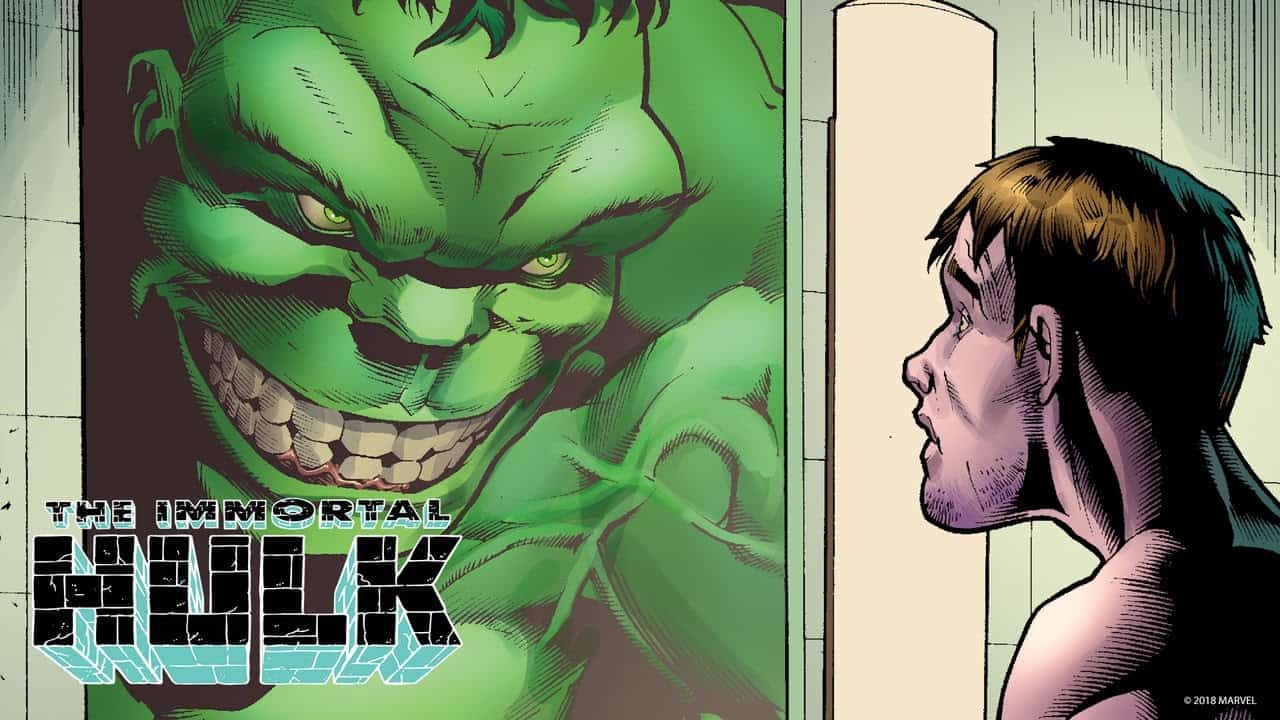 Last issue, Betty recounts various aspects of her father and how he was buried multiple times, but it seems that General Ross has been laid to rest the final time at West Point; where he has been dedicated to the military. As Bruce and Betty begin to reconnect, we learn that there is an assassin sitting outside trying to figure out who he’s going to shoot. Needless to say, you just have to get this issue to really appreciate the whole story!

So, you have not been collecting the Immortal Hulk? GO GET IT NOW!

In Immortal Hulk #15 we learn more about Doc Samson and his role with the Hulk. In many philosophical and religious traditions, immortality is specifically conceived as the continued existence of the soul, mind and even beyond a physical death.

The past 14 issues have provided us with a crash course in lessons of immortality and I must say it has been one HELL of a ride thus far. Now, it is time for Samson to rise again, reconnect, and rationalized his current position. 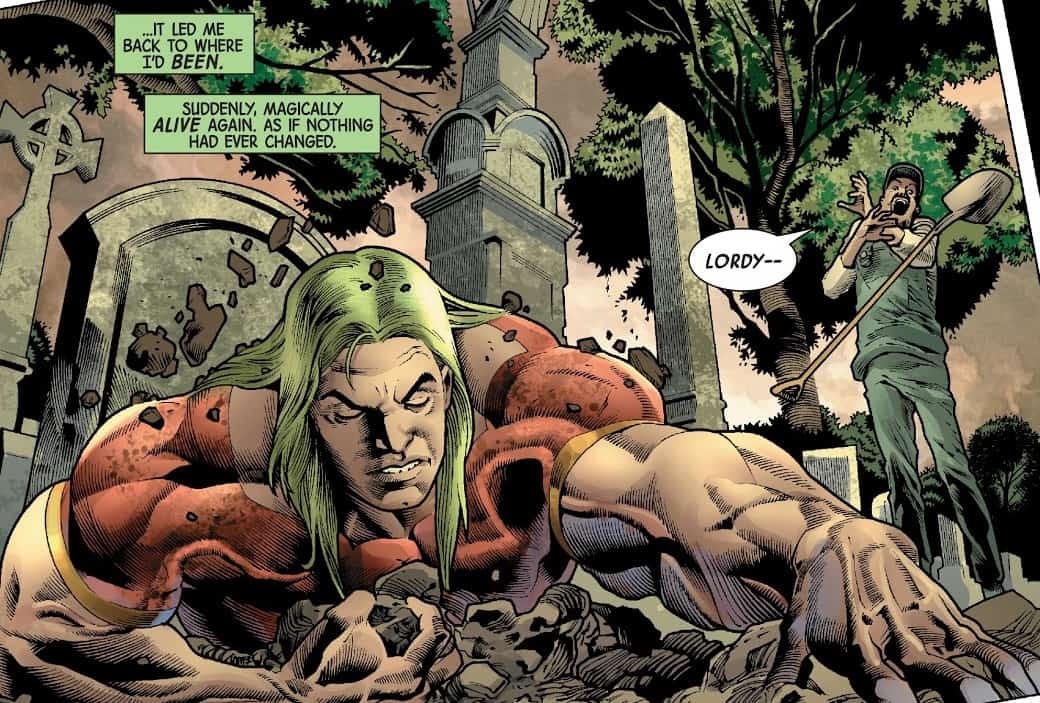 Al Ewing does an excellent job at the beginning of Immortal Hulk #15 as he successfully articulates Samson’s past, his death and then finally gets the balls to begin reconnecting. Doc Samson is on a quest to find answers and to logically rationalize his present situation. Ewing takes Doc Samson on this self-revelation journey and the first contact with the Immortal “Devil” Hulk is action packed with the horror effect as Hulk’s brain grows back. As Hulk’s healing factor closes his cranial wound, our green goliath begins to remember who the good doctor is and that Betty has been shot. “Presumed” dead and without a body, both Hulk and Samson continue this journey together.

There are some really good conversations between Samson and Hulk as the doctor psychologically analyzes the presumed dissociative identity disorder. We see more of the Hulk’s point of view of the world with some insight into Banner’s own mindset. The bonding session comes to a pause as this issue reaches its end with a cliffhanger that answers a question, but even more RISE! 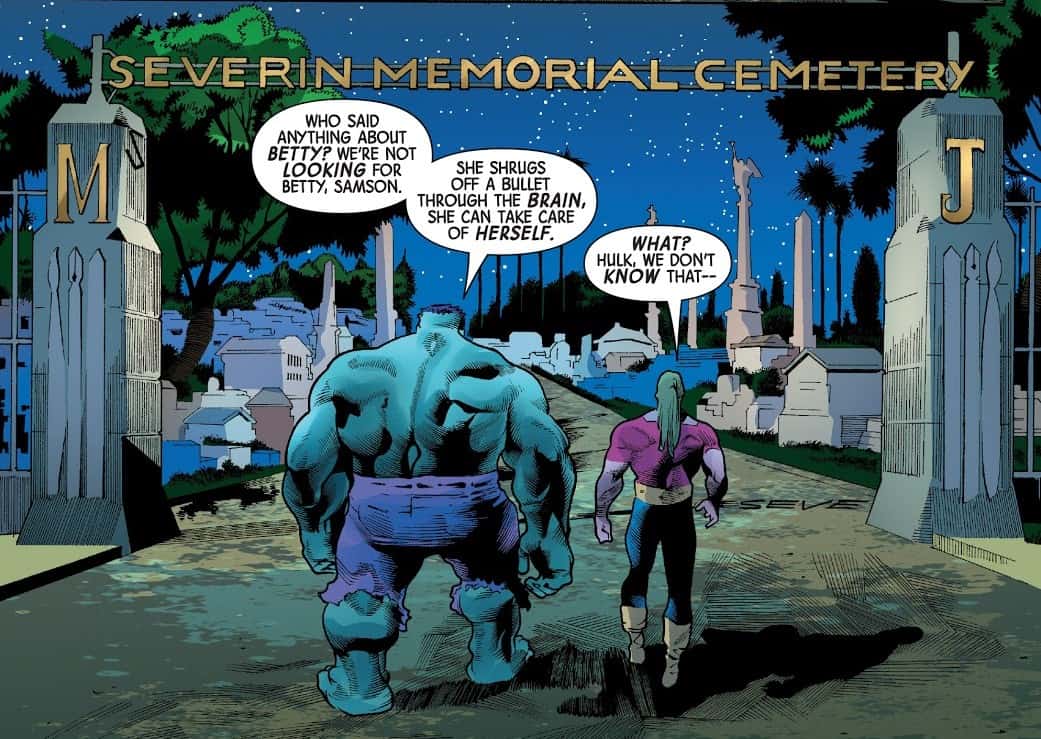 Ewing continues to knock out the brilliant psychodynamics with Immortal Hulk #15. Kyle Hotz’s artwork and coloring by Paul Mounts shows how well they work together for a modern day dark and horrific style with an old-school touch. The artwork and colors on Ewing’s Samson’s flashback story jump out and immediately catches the eye. I cannot wait to see who and what Ewing and his amazing talented team will shine the darkness upon next.

I just love this series!

A must have to comic book collection!

Immortal Hulk #15: The Holy or the Broken