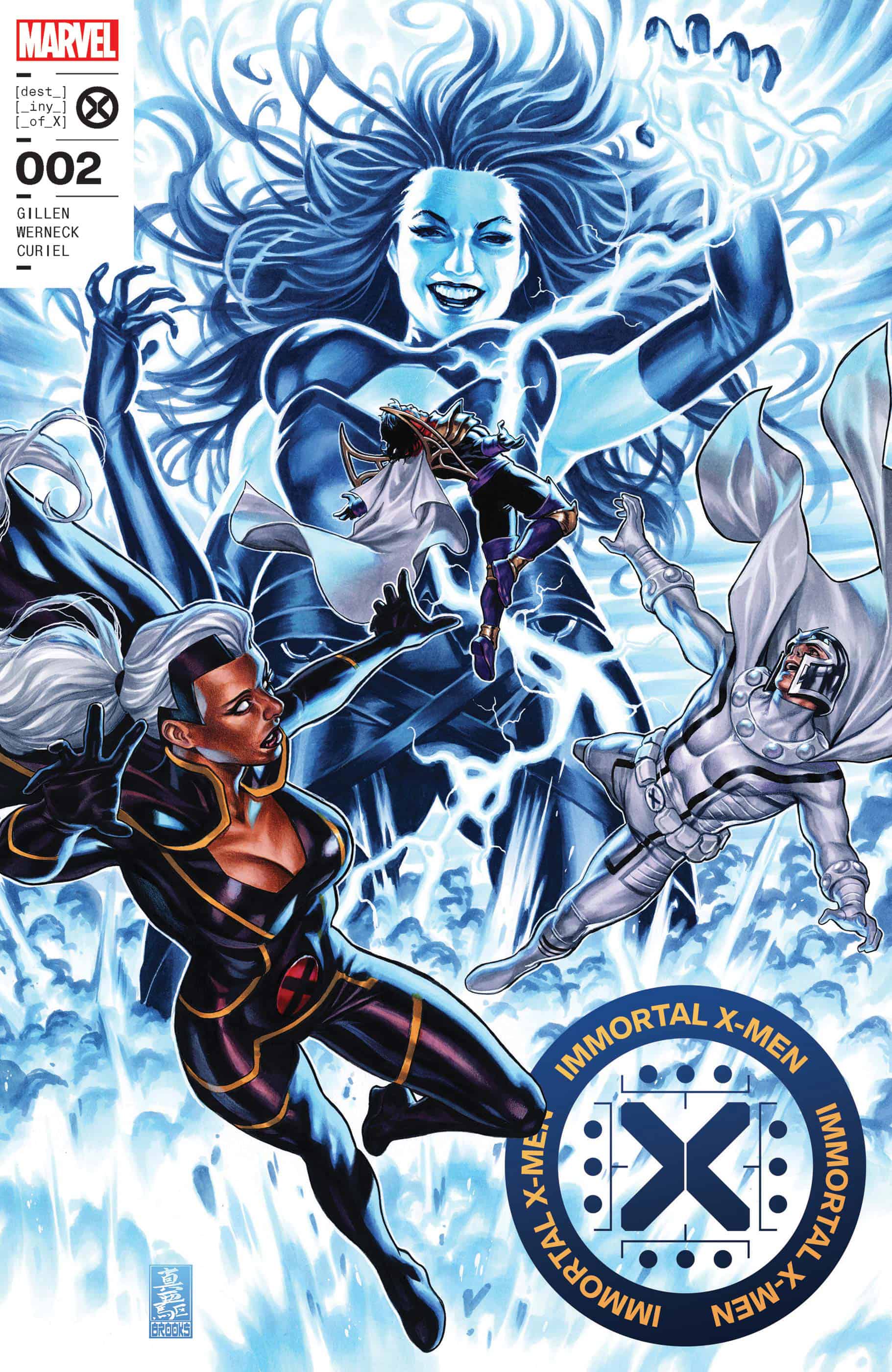 Selene's transdimensional Kaiju is attacking Krakoa and she won't make it stop. Can Hope take her 'Messiah' status to the next level and end it before the island falls?

It’s fitting that the second issue of this series was narrated by Hope. After the shakeup her vote caused in the previous issue, we were due to hear her side of it. Gillen is adept at balancing action and introspection, and his grip on the voices of these characters never once slips. It’s difficult to say exactly what he does well without giving away any spoilers, but I can say that, since the conflicts in this series arise from the characters inhabiting it, it’s mete and just that the solutions spring from that same source.

Hope is Hope, after all. Her solutions are brutal, harsh, and terribly efficient. But, within a certain context, they work. It’s absolutely wonderful to see her in action again.

Hope was the central character, but other mutants occasionally got the spotlight. Emma isn’t allowing Xavier to pull any of his usual velvet-lined bullsh*t. Sinister manipulates people, both for fun and in an effort to secure his ends. Nightcrawler is good in an entirely wholesome way. Destiny is playing chess with centuries, while fighting off some horrendous bouts of nausea. Exodus is a zealot — but at least he appears to finally be developing a sense of humor. Reading this series is entirely satisfying, in much the same way as it would be to watch a pair of adult tigers engaged in their dangerous play.

Lucas Werneck’s art is lush and detailed, without ever being muddled or confusing. His line work is deeply beautiful, but he never sacrifices either action or character work at the altar of that beauty. David Curiel’s colors are nuanced and deep, fully complimenting (and at times, enhancing) the already exquisite line work. Clayton Cowles is an artist, when it comes to lettering. Every book he works on is fully immersive, thanks to his considered touch. Tom Muller’s terrific graphic designs are just the proverbial icing on the cake.

Taken together, this is a wonderful, brilliantly constructed issue, in a series that promises to be among the best X-stories ever told. I just can’t wait to see what happens next.

This is a wonderful, brilliantly constructed issue, in a series that promises to be among the best X-stories ever told. I just can't wait to see what happens next.