Immortal X-Men #3: The Hazards of Love 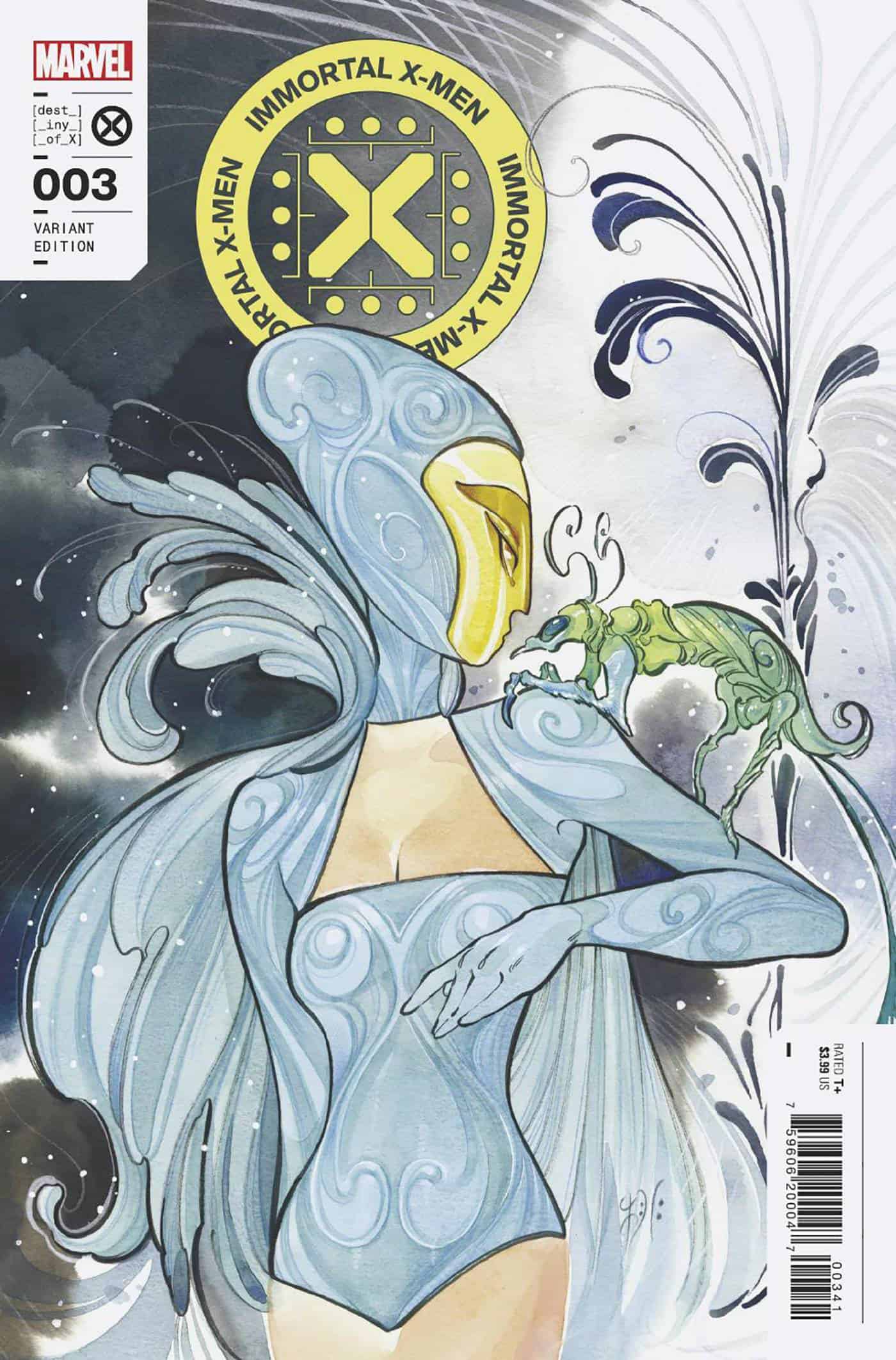 This issue unspools the history of one of the greatest mutant romances of all time.

This issue left me reeling. I mean that quite literally. I was in a fistfight once, against a much stronger, much larger opponent, and although I emerged with no permanent damage, the first few minutes afterwards (before the pain caught up with me) felt almost exactly like reading this story. Gillen punches you, again and again, in the guts, in the face; he breaks your nose, takes your teeth, leaves you curled up on the floor and weeping harder than you did when your dog died. And you loved that dog. This story is powerful, is what I’m saying.

Gillen understands precisely who Destiny is, what her goals are, and how she loves, better than anyone who has ever written her. In his hands, Destiny is a freedom fighter who takes what she needs, and protects what she takes — fiercely, and often to her own detriment. Mystique was willing to burn paradise to the ground to bring back her wife. Destiny is willing to sacrifice every future that ever was to save hers.

Lucas Werneck’s art is divine. The Pre-Raphaelite aura of the first half gives way to psychedelic futurism before slamming back to his trademark heightened realism. This is masterful work, drawn without flaw. Dijo Lima’s color work helps foster the sense of different times and worlds. He doesn’t misstep. They play together like a symphony.

This is a brilliant issue — one of the best stories of the year. Read it and be forever changed.

Immortal X-Men #3: The Hazards of Love