Incursion #2: Deal with a Devil 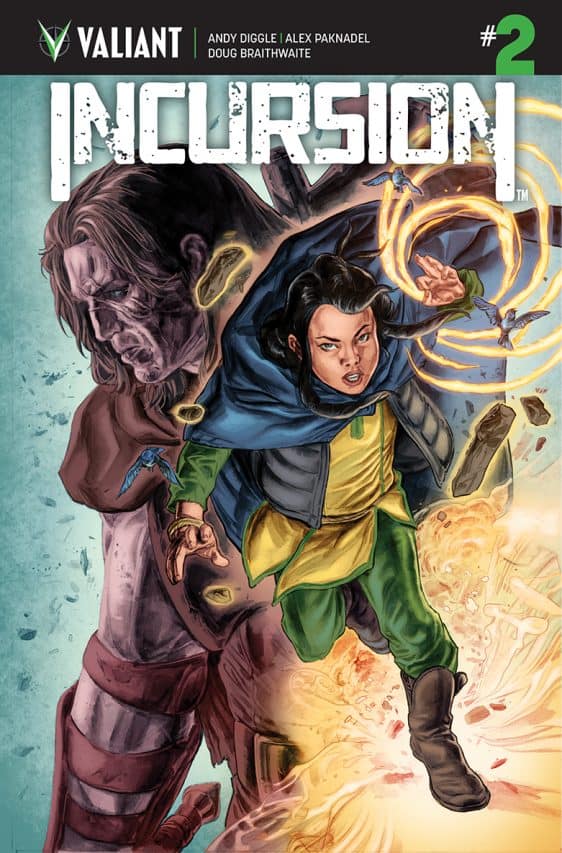 Last issue the world devouring necromancer Imperatrix Virago and her ward Syntilla had arrived on Earth and infected Tama the Geomancer with a foul necrotic magic. A slow creeping death for the young Geomancer in order to poison the planet itself through her and make it ready for consumption for Virago. Tama's guardian Gilad the Eternal Warrior...is pissed. 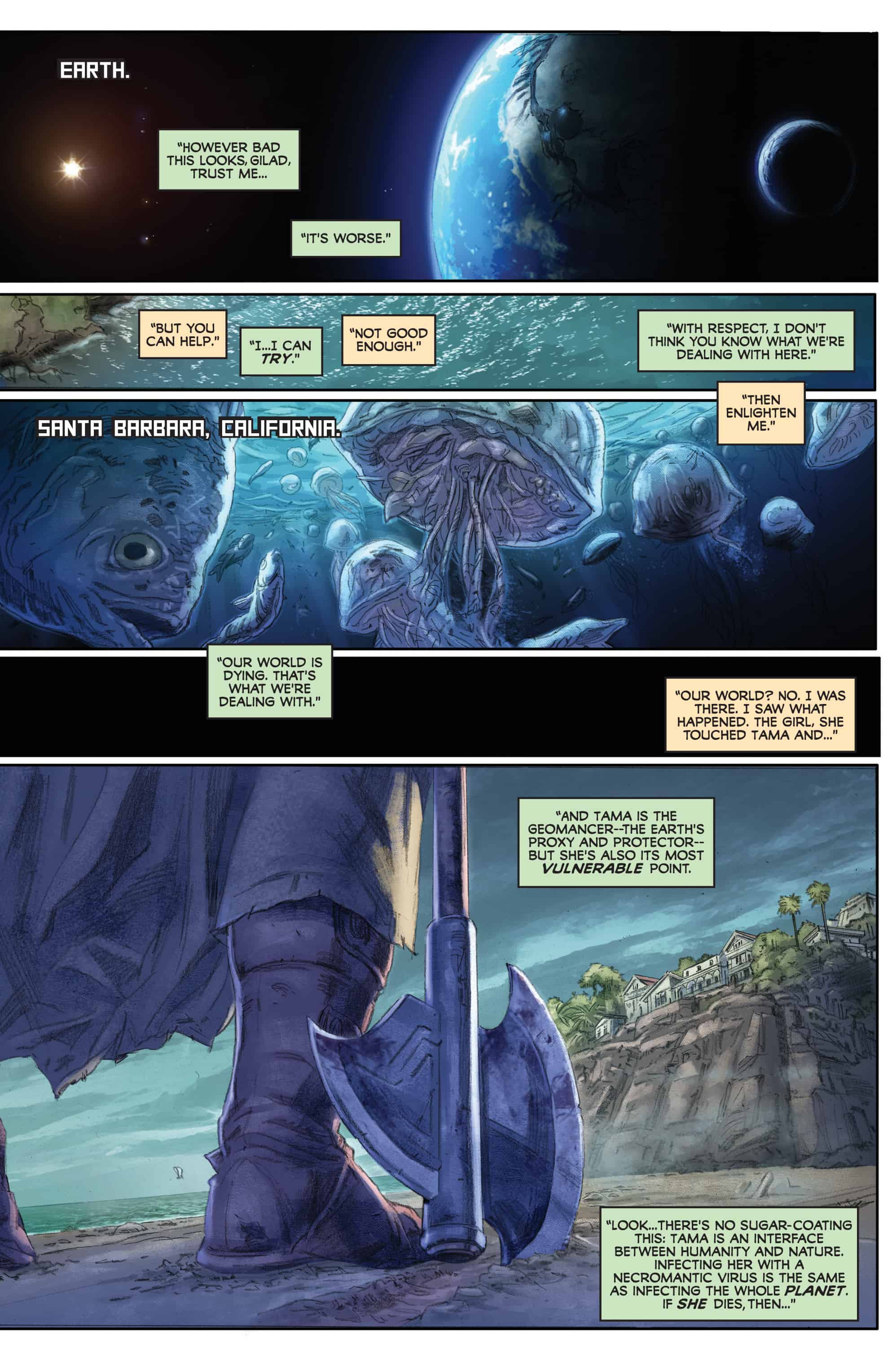 As we pick up with the favored oddball pair, we see Gilad bringing his young charge to the door of the famed mystic Dr.Mirage! With the help of her ghostly husband/partner Hwen, Dr.Mirage is able to give Gilad two options to save the world: 1. He dives into a perilous journey into the Deadside, one where he has to not only race the clock to save Tama from the necrotic virus but also make it in time for Hwen to hold open his portal home. Option 2? Perform a sort of spiritual circumcision that will separate Tama's fate from the fate of the planet, only caveat being there's an almost assured chance the dissection will mean certain death for one of the two with no way to know if the girl will die or the world.

Naturally, Gilad being the gutsy immortal hero he is takes the option that involves putting an over-sized handaxe in evil things faces. The trip to the Deadside (one of my favorite locales in the Valiant univese) goes about as one would expect, good guy shows up in demon world...demons wanna kill em. The thing that makes this unique though is the small tidbits of continuity mixed in with new info for example the fact the denizens of Deadside hold Gilad in both fear and renown. Tales of his ferocity and inability to perish making him a legend among the death dimension, it's just something slight yet insanely awesome to see.

When Gilad is finally face to face with his target Syntilla, he must forego his most effective methods ( beating the crap out of things, outsmarting enemies and ya know just generally being a pro at killing anything or anyone who steps to him) and try a weapon he rarely gets to dust off: Diplomacy.

Incursion is only 2 issues deep and already an awesome event, the perfect adrenaline rush Valiant needs for a summer full of heavily-anticipated events and stories. Doug Braithwaite’s art is impeccably perfect here like he’s been waiting for a chance to draw Eternal Warrior against hordes of demons for some time now. Granted he’s not unfamiliar with drawing Gilad’s adventures but just something about each issue has a feeling of fresh energy pumping through every panel. The writing itself is also well done albeit with an unexpected humorous layer added on as Diggle and Paknadel bring back the giant demon known simply as “Amy” into the fold. 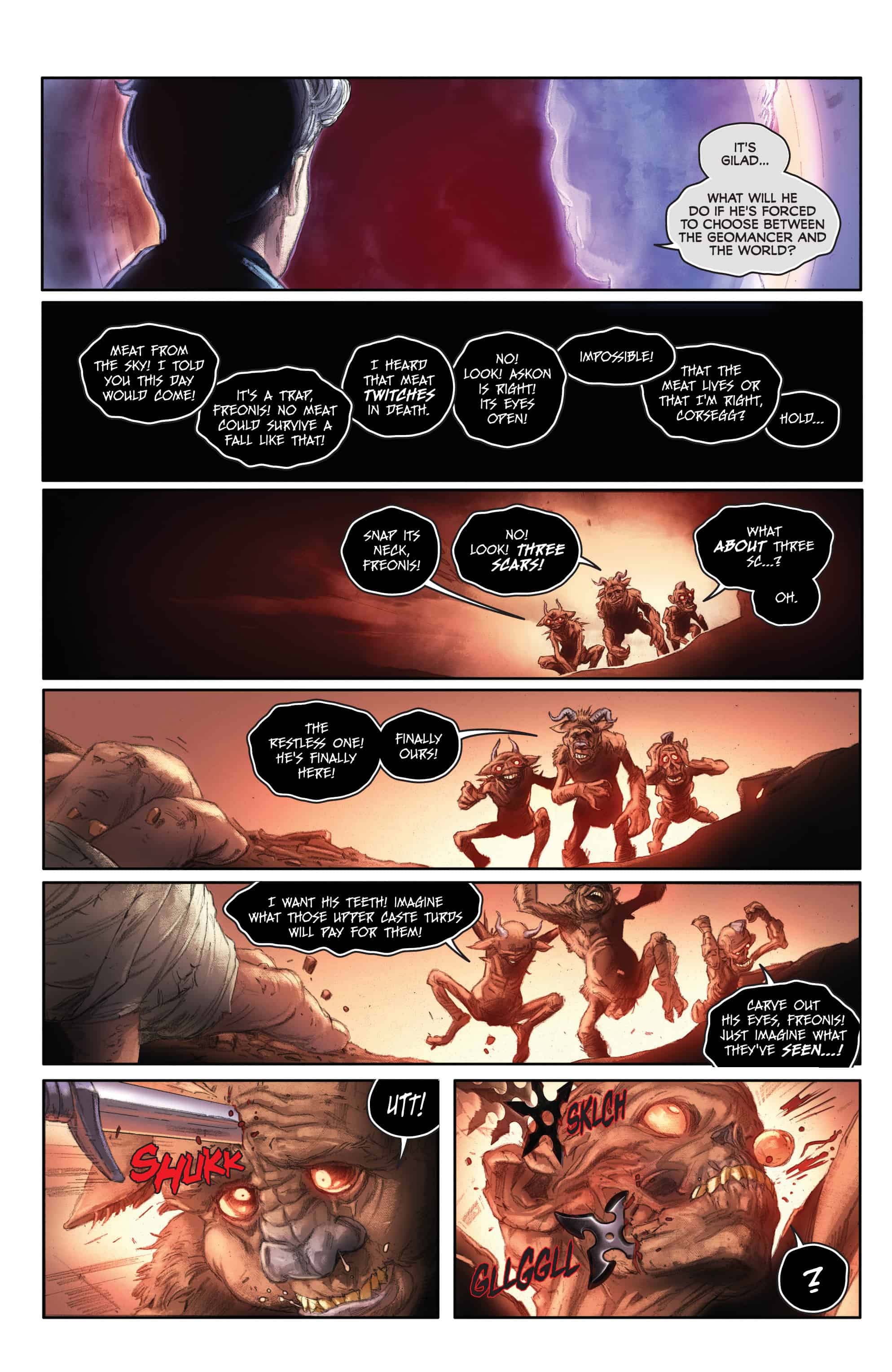 This story so far is highly enjoyable on it’s own merit but I’d be a bold faced liar if I said it doesn’t also hit the right notes to make you crave a reread of similar stories like Ninjak/Shadowman:Rapture (which is where Amy debuted but also a great look into what makes Tama so awesome) and  the more Gilad/Geomancer centric stories like The Valiant and Book of Death. I would definitely recommend reading those either prior to starting this series or while you are waiting for #3 to drop but regardless in classic Valiant style this story remains rock solid on it’s own two feet without the need of tie ins or any other such gimmicks the “Big 2” are so guilty of when it comes to rolling out an action packed event.

Incursion #2: Deal with a Devil