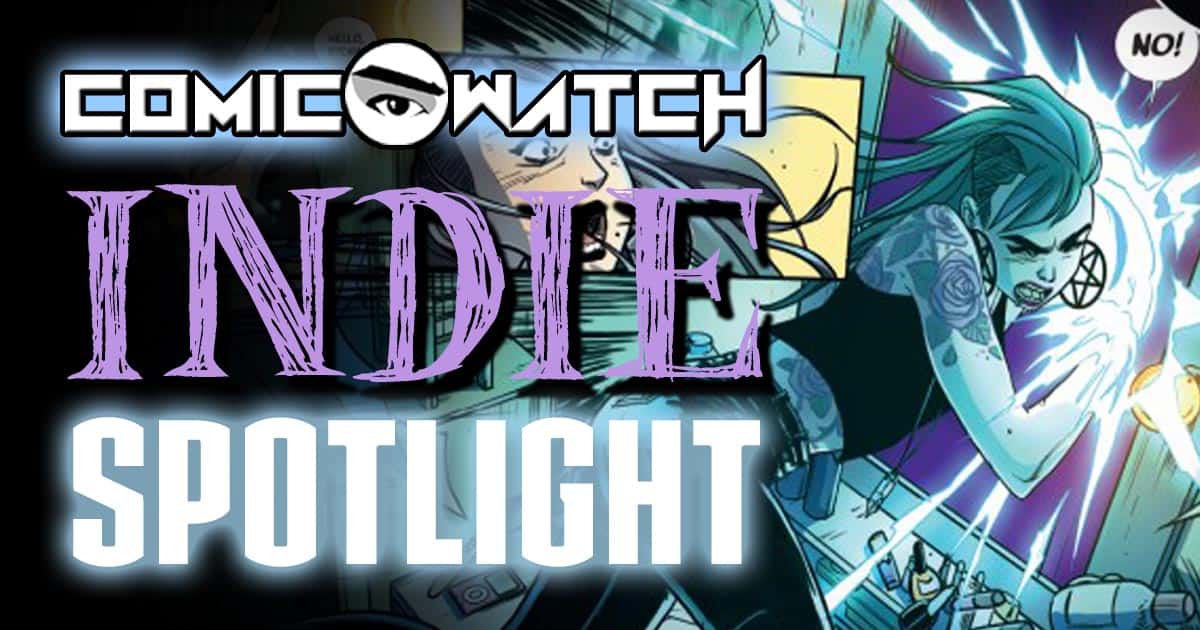 Anna has lost her best friend Sylvia! In her determination to find her, she discovers a magical nation found in all the hidden and forgotten places of the world… 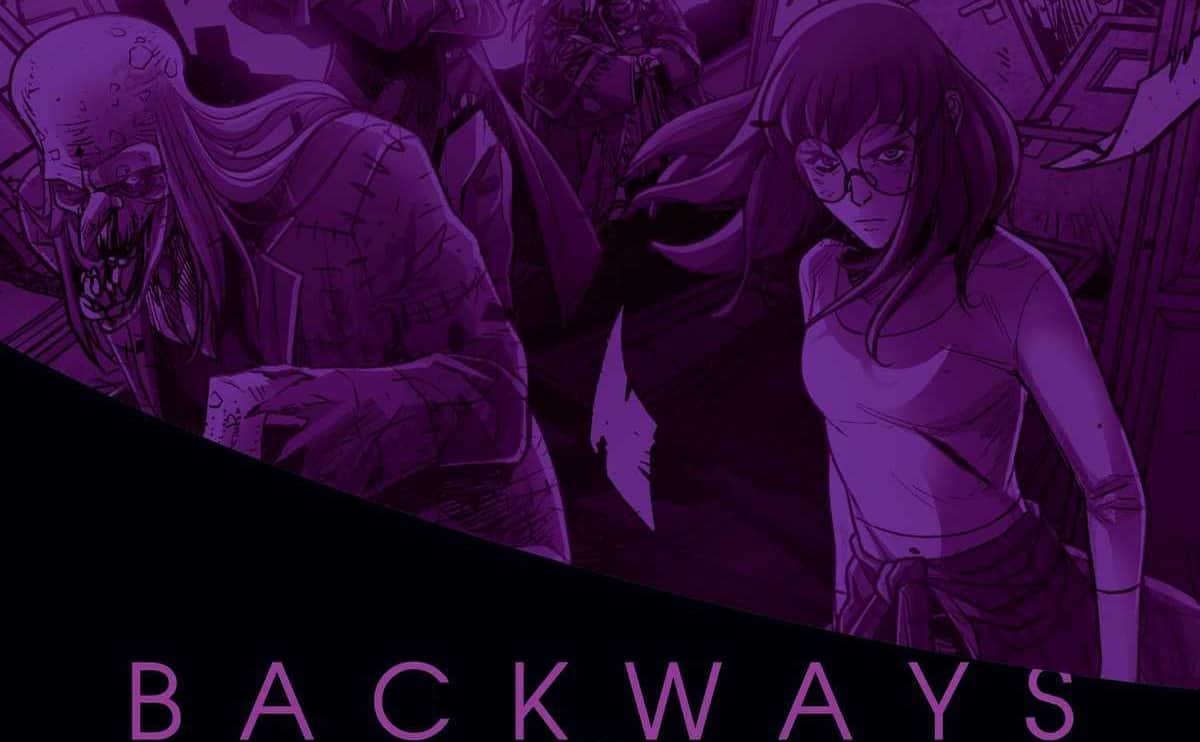 Three days after Sylvia is dragged from her apartment mirror down into an unknown abyss, her best friend Anna refuses to abandon her search. Sylvia’s frantic mother demands Anna to leave the apartment and blames her for negative influences, but after a surreal encounter with an elderly woman surrounded by crows, she sneaks in any way looking for clues.

Inside Sylvia’s apartment, Anna discovers a notebook filled with mysterious symbols scribbled all over the pages. Suddenly, a magical being named Coyote Bones appears behind Anna to steal the notebook. Following the only hope she has of finding her best friend, she trails Coyote Bones, choosing to see just how deep the rabbit hole goes…

Aftershock Comics delivers a truly remarkable reading experience in Backways #1 from writer Justin Jordan and artist Eleonora Carlini. Finding a unique balance between influences such as The Chronicles of Narnia, Labyrinth, and all things Guillermo del Toro, the story shows potential for greatness by establishing intriguing characters in a fully realized otherworldly realm.

The creative team provides a first issue that truly does contain everything you could hope for as a reader, including leaving you desperate for more! With beautifully detailed panels accentuated by vivid colors, the artwork provides substantial depth to an already believable world and the memorable individuals that inhabit it. This makes for an issue that is sincerely majestic! 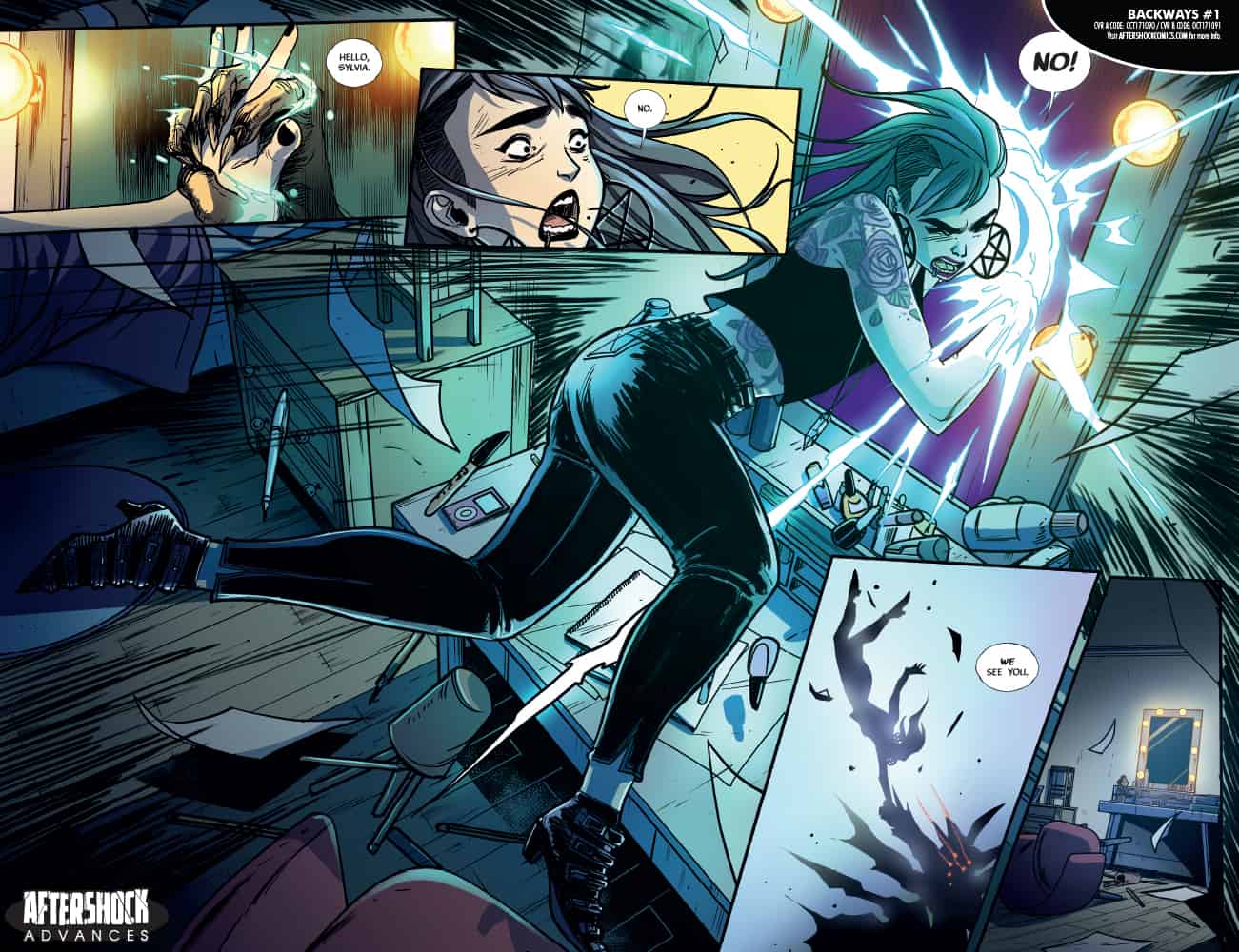 Backways #1 finds Anna desperately searching for her best friend, and leads to her discovering a nation of magic and weirdness found in every hidden and forgotten place. This mysterious place is Anna’s only hope of ever seeing her best friend Sylvia again, but what will her search unleash? This new series from Aftershock Comics is one that you absolutely should not pass up on!

“Backways is a fairly recent idea…The really base idea was me looking at the idea of non-geographic nations; we tend to think of a nation as a piece geography, but it’s people. So what if a bunch of people spread out geographically had common laws and culture? Which, naturally, mutated in my mind into a place that was geographically different locations fused into one. And that became the Backways, after a substantial dose of Guillermo del Toro and things like Return to Oz and Labyrinth.” – Justin Jordan 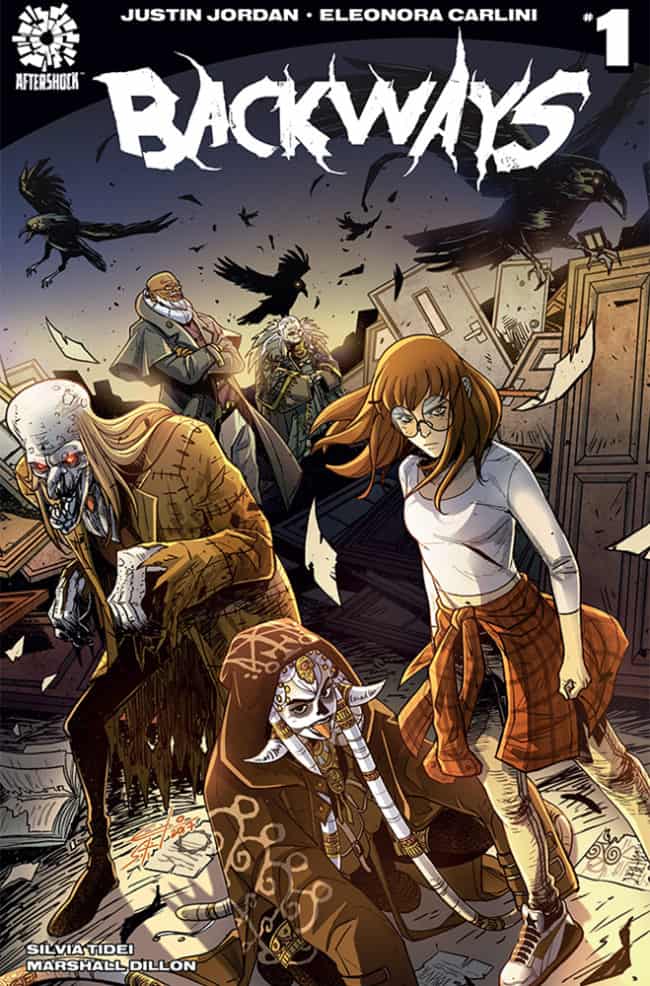 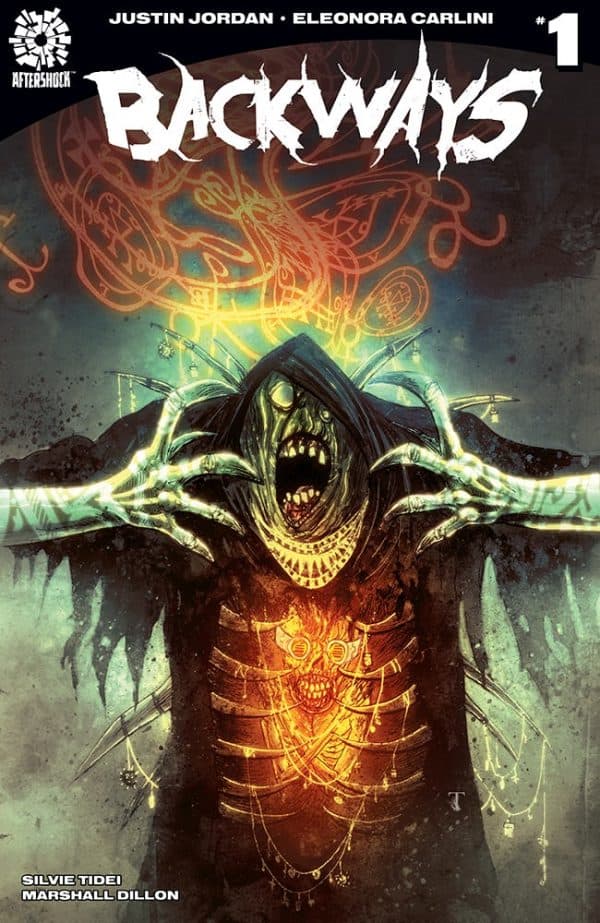