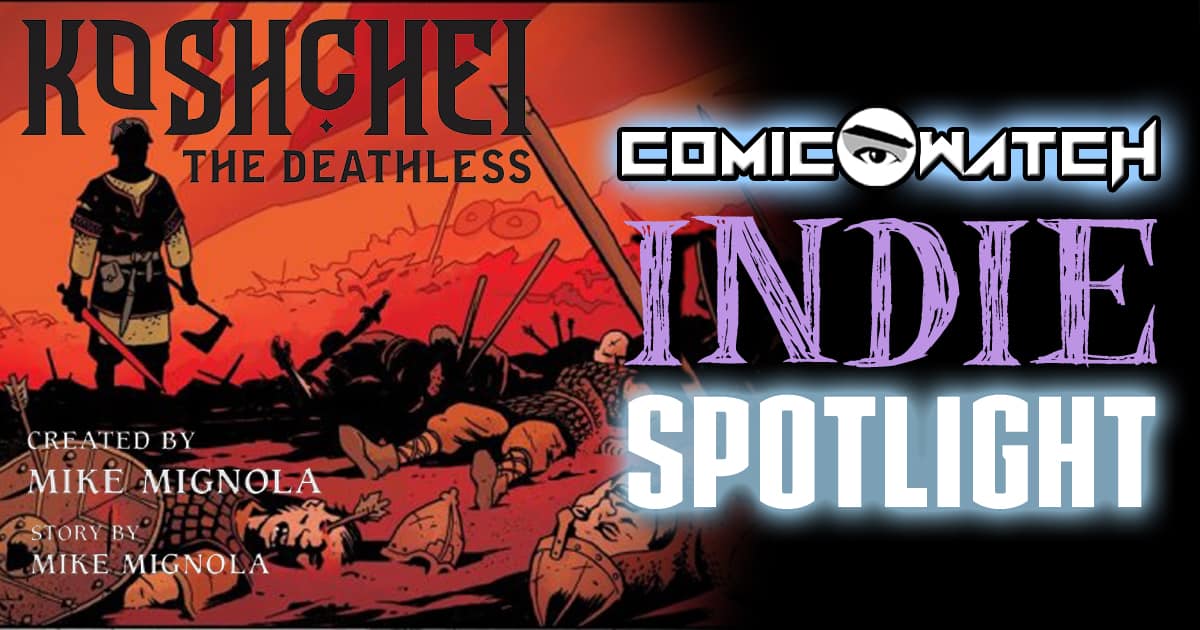 Hellboy’s immortal foe Koshchei was once sent by Baba Yaga to kill Hellboy, but now he relives his tragic past through telling of his own origins with none other than Hellboy himself…in Hell! 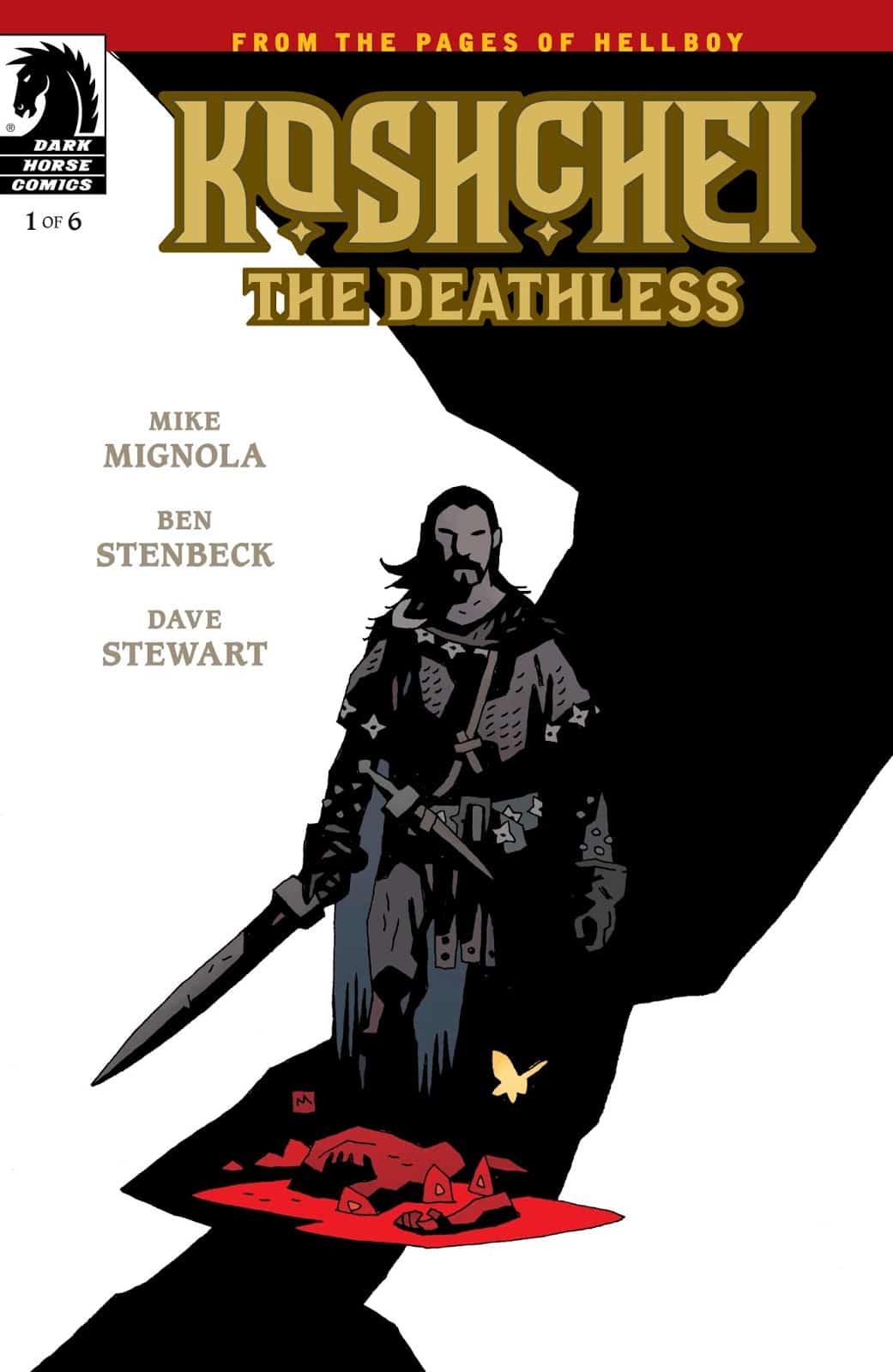 What You Need To Know:
As a villain of Hellboy’s since “Darkness Calls”, Koshchei is most commonly known as the immortal slave of Baba Yaga. After his body was dismembered, his soul was placed inside a duck, inside a rabbit, and then inside a goat where it is said Baba Yaga has it hidden to force Koshchei to do her bidding. Often referred to as “Koshchei the Deathless” or “Koshchei the Devil” due to the fact that he literally cannot be killed, he has otherwise been a mysterious enemy of Hellboy’s for some time. Now he finally sits down with Hellboy to elaborate on his incredibly long and dismal history…

Spotlight Review:
Koshchei The Deathless #1 expands on the Hellboy Universe with an origin tale spanning vast amounts of time while telling the tragic story of an unremarkable man and his growth into the character we all know today. His mysterious nature has always eluded to the possibility of a life of tribulation, however, in the first entry of the six issue mini-series we are shown the true brutality of the life Koshchei has led so far.

As Mike Mignola reunites with his longtime favorite collaborator Ben Stenback, readers are given a tale of tragedy and loss, but also of power and its possibilities. The creative team continues to build on the Hellboy universe in an oddly beautiful way with the new Koshchei The Deathless mini-series, featuring an enthralling narrative alongside striking art that distinguishes itself within the universe 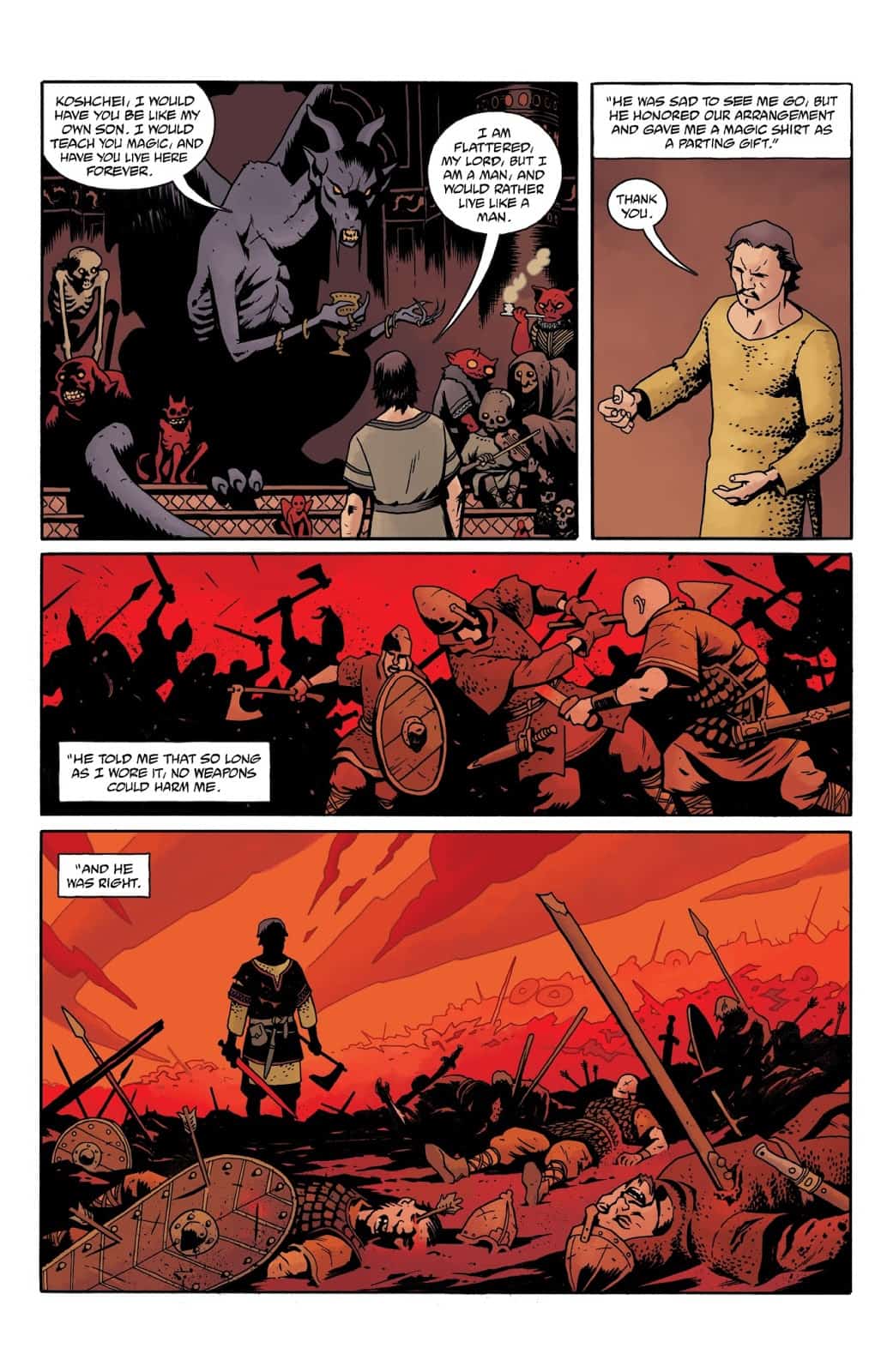 Koshchei The Deathless #1 is in stores and digital today, so don’t miss out Mignola’s return to the outlandish folklore that has captivated so many fans of the Hellboy Universe!

“Once Hellboy was wrapped up, I told [illustrator] Ben Stenbeck I would finally write that book. I first introduced Koshchei in Hellboy. He’s a Russian folklore character, but I created an origin that draws on a couple of different folktales. There’s a tremendous amount of great, weird stuff in Russian folklore, and the more I read, the more I realized that it just scratches the surface. People have called Hellboy an antihero. If Koshchei is a hero at all, he’s an extremely anti-hero. He’s a very dark character who’s done a tremendous amount of really dark things” – Mike Mignola