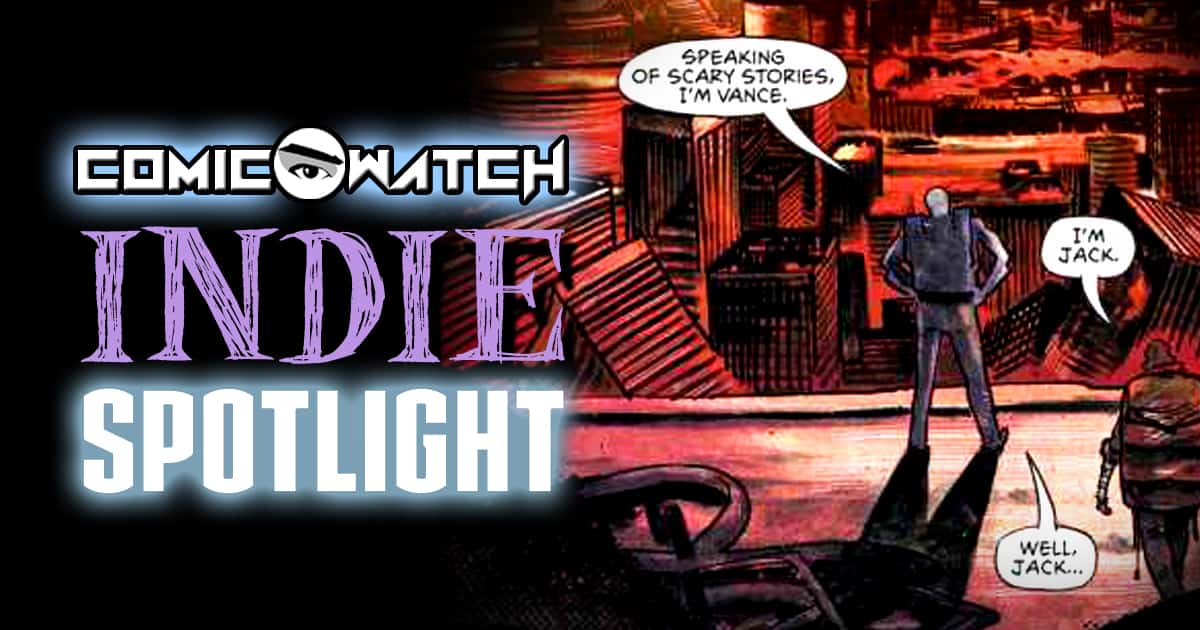 Jack Kryznan is trying to reach Paradiso like so many others, experiencing a burning desire to get to the sentient city. However, one good deed has set in motion a chain of events that will force Jack to understand that no one goes into Paradiso unnoticed… 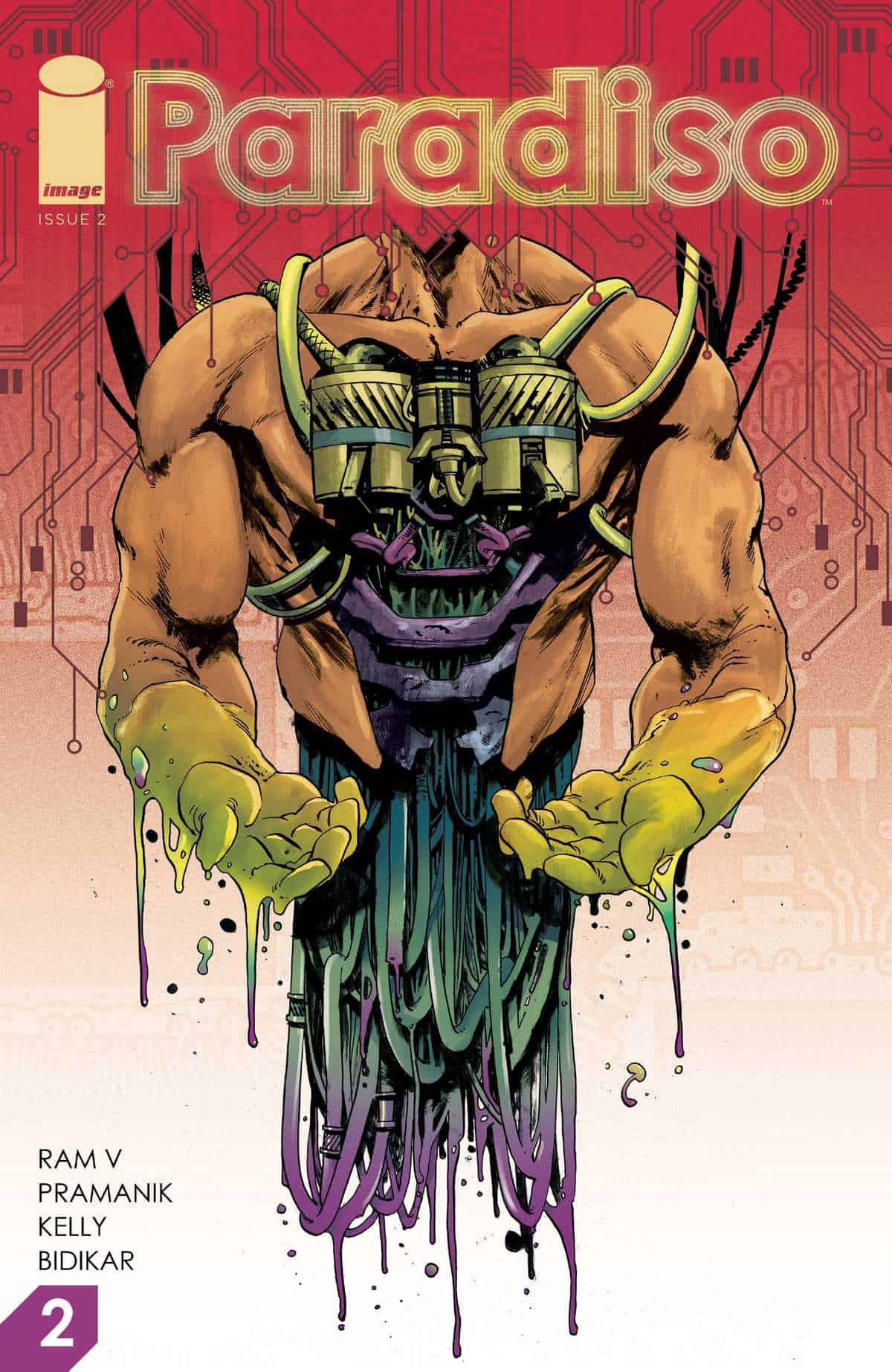 Jack Kryznan, like nearly everyone else, is experiencing a burning desire to enter the city of Paradiso. However, his reasons are different than the others. Buried somewhere deep in his past is a question that continues to haunt him to this day, and he knows in his soul that the answer he seeks lies within the sentient city of Paradiso.

During his travels, Jack succumbed to the wishes of a child with a broken toy, and with a promise that he wouldn’t speak a word of it to anyone else, uses a strange device to seemingly bring the toy to life. Even with no power, it continues to run.

This simple act of kindness draws unwarranted attention setting into motion a chain of events that cannot be stopped, and could keep Jack from finding the answers he needs…

Writer Ram V, artist Devmalya Pramanik, colorist Dearbhla Kelly, and letterer Aditya Bidikar team up to bring a mind-bending story that has already shown the potential for greatness. Utilizing a dystopian vision of the future to tell a story that truly does feel as though the city itself is the main character, the narrative is better able to explore the characteristics of those who inhabit it.

The artistic quality is uniquely superb, as the creative team delivers a compelling story accentuated with an overall design that perfectly captures the dystopian future created by the Midnight Event. Highly detailed panels with vivid colors contribute to the story, creating a fascinating reading experience. 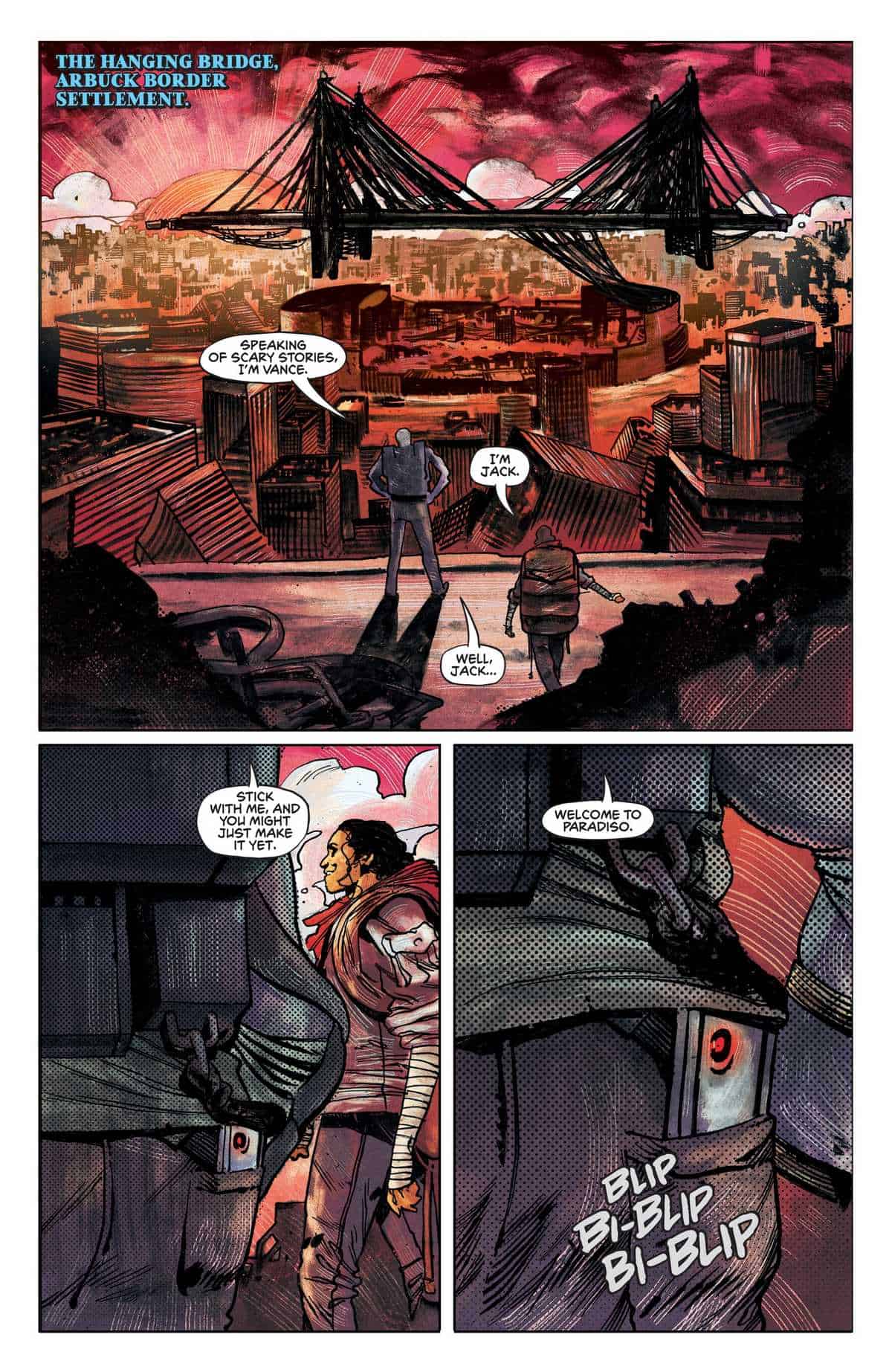 With an intriguing and original story backed up with gorgeous artwork, Image Comics’ Paradiso is a must read series for any sci-fi fan!


“I’ve always been fascinated by cities…They are a reflection of the people within them, and yet they have influence over their citizens. We build them to outlive us, but they are human places, tied in with our understanding of beauty and mortality. Architect and urban designer Rajiv Bhakat and I first conceived the idea of a city trying to understand its place in the world by understanding those who live within it. And, much like a real city, the story has grown and evolved into this crazy, dangerous, romantic, and magical place called PARADISO.” – Ram V

“I’ve been in love with the desolate, melancholy aesthetic of dystopian landscapes for as long as I can remember…PARADISO was a dream-come-true project for me. Every design and set piece in this comic is something that I’ve put a piece of my soul into. I hope that will resonate with the readers!” – Devmalya Pramanik