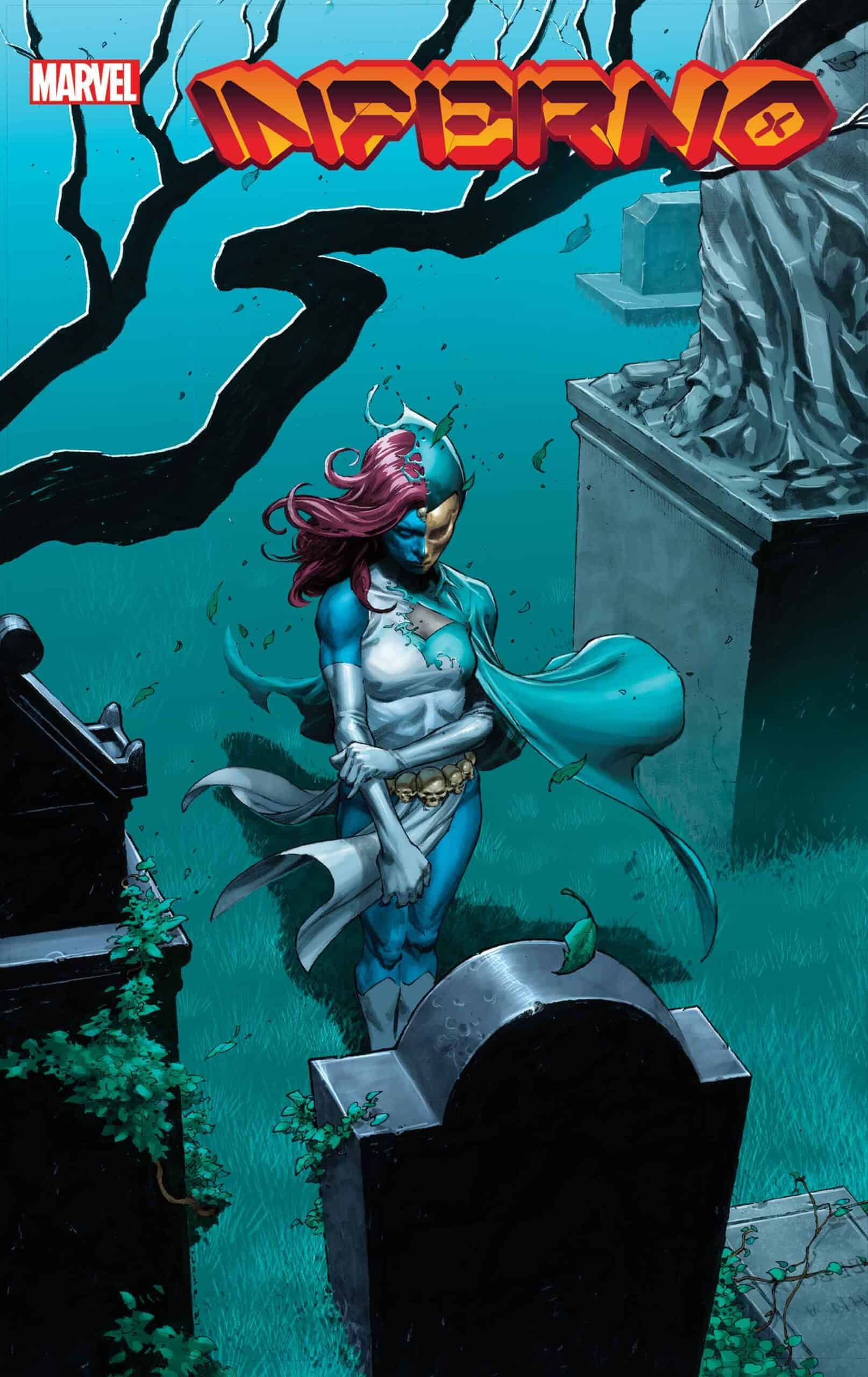 Jonathan Hickman’s time on X-Men ends with the dramatic conclusion of one of the first and best mysteries he brought to the line. Valerio Schiti returns on art to help bring down one of the foundations of the era in INFERNO #4 from Marvel Comics

Inferno #4 brings to a close the stories that Jonathan Hickam began in House of X #1 two and a half years ago. Beyond tying up his own plot points, Hickman leaves Krakoa with plenty of narrative paths for future writers to pick up. Reviewing this issue was difficult, not just due to trying to figure out how to not spoil any of the dramatic twists in the pages, but due to the multiple layers of this story. 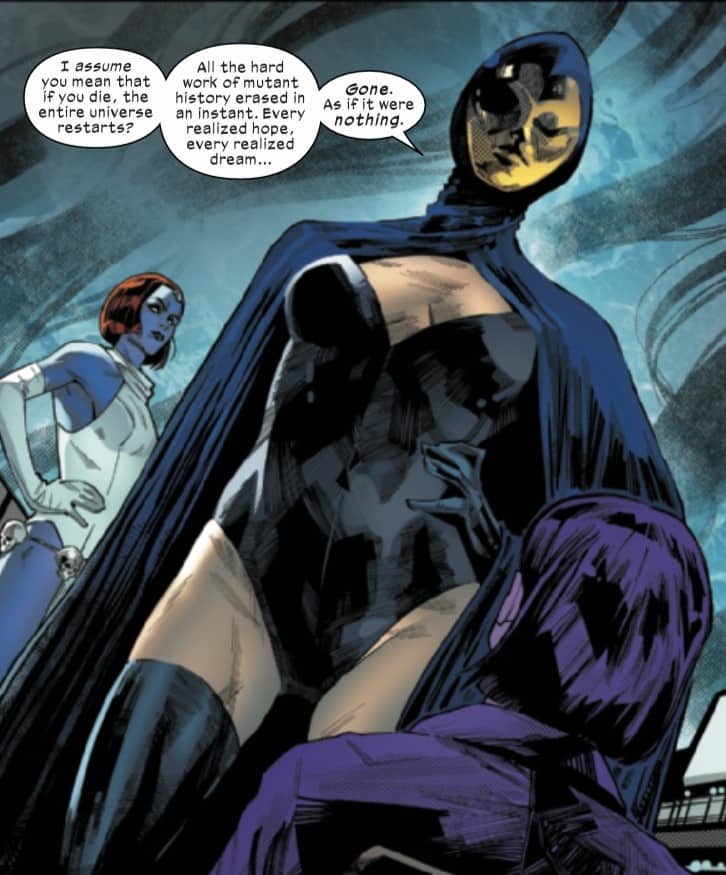 Valerio Schiti and Stefano Caselli on art and David Curiel on colors truly understand the story they are telling. The pages are filled with ominous lighting and dynamic angles that convey the menace and animosity the characters feel for each other, with a heavy focus on the threat of Omega Sentinel and Nimrod. The action scenes manage to be flashy yet easy to follow, and the visual tension remains consistent even when battle isn’t on the page.

Also, I feel entitled to financial compensation for somehow being attracted to Doug Ramsey of all people… 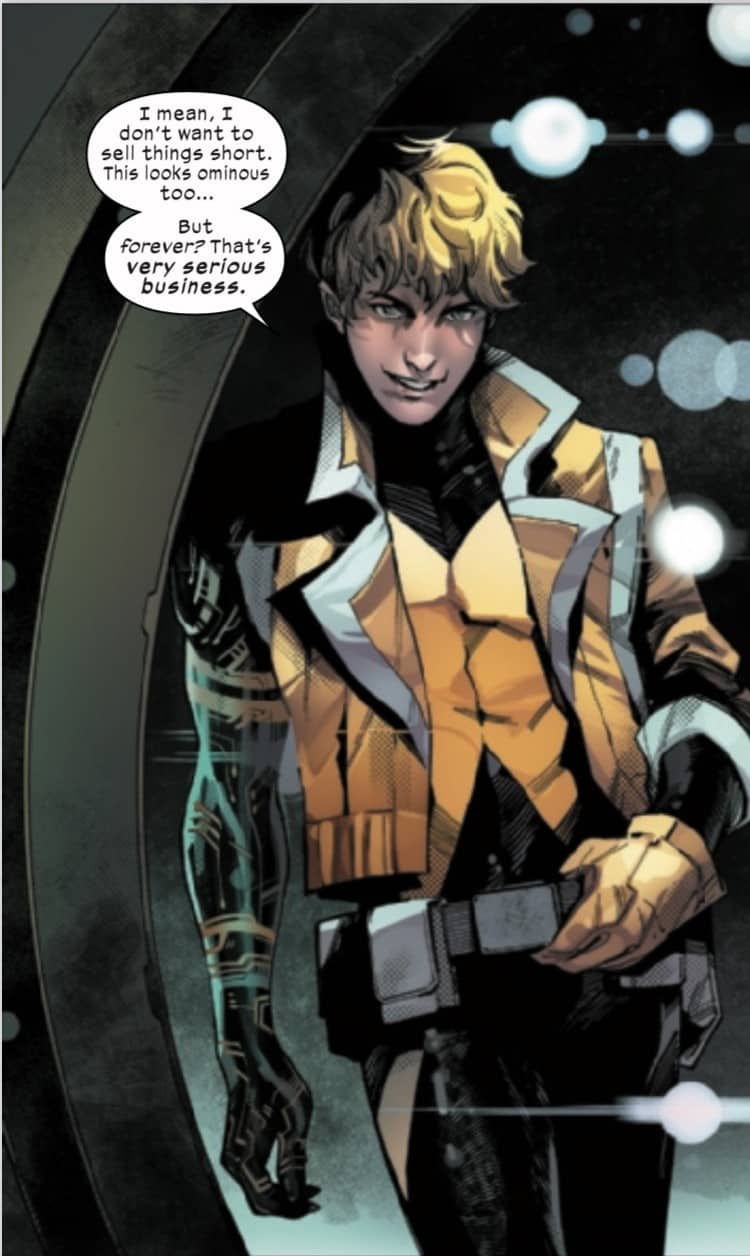 In terms of craft and storytelling, Hickman proves his skill. Various lines and events of the story reference how it all began and draw parallels between the growth of Krakoa and the evolution of machine consciousness. There are plots within plots and plotters going against plotters. It is Moira’s end goal that is used against her. Mystiques plots and schemes get in the way of her success. Destiny’s visions prevent her from moving forward in the path she wants. Charles and Erik’s secrets come back to haunt them. In the end, everyone is the source of their own demise, and it is hard-pressed to pick who won in the struggles. Except for the reader, of course, they win. 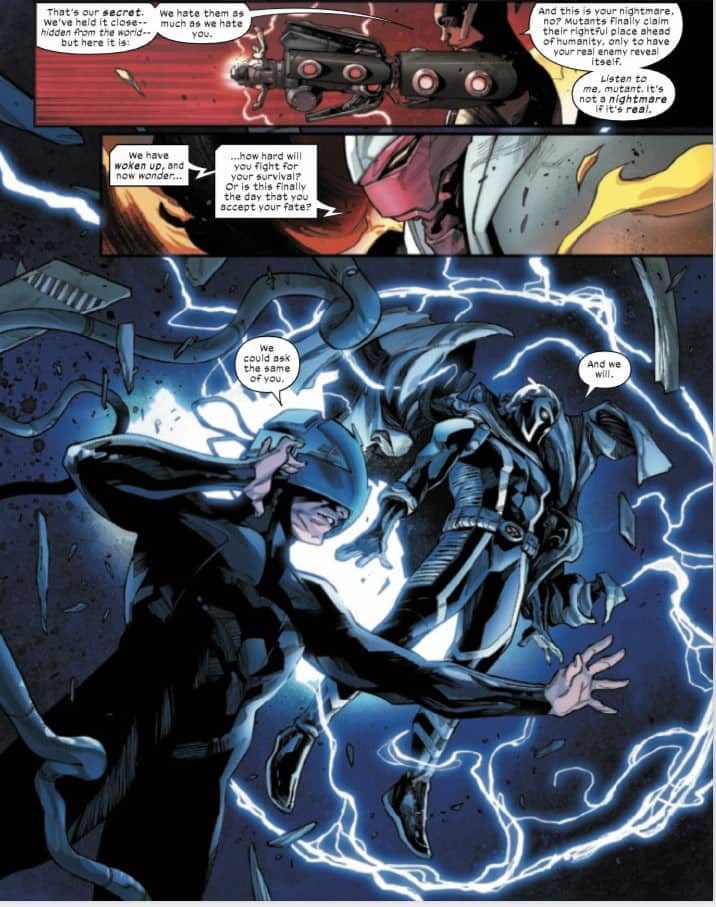 And yet, for an X story, there are still things missing. The finale lacks the emotional beats I would expect from a story with such deep continuity as the X-Men.

Magneto and Professor Xavier find themselves in an epic finale battle against the combined might of Nimrod and Omega Sentinel. The very same Omega Sentinel that upon her first attempt to kill the two mutant leaders, Erik and Charles joined forces to free her of her programming as a sign of cooperation and hope. This time they pay the person inside no mind as Magneto tries to dismantle her very body. Doug finds himself face to face with Moira with the knowledge of her schemes, but despite the role of guidance she played to both him and Warlock- neither bats an eye when they save her life and expel her from paradise. Even the mutant metaphor itself works against Inferno as Moira is stripped of her identity as a mutant and evicted by the very land that gave them a homeland.

Inferno #4 (Hickman, Schiti, Caselli, Curiel, & Sabino) draws the Hickman era to a close in the most Hickman way possible. The various threads he had placed over the past year come together in the gorgeous finale. However, the lack of character or continuity era subtracts from what could have been.