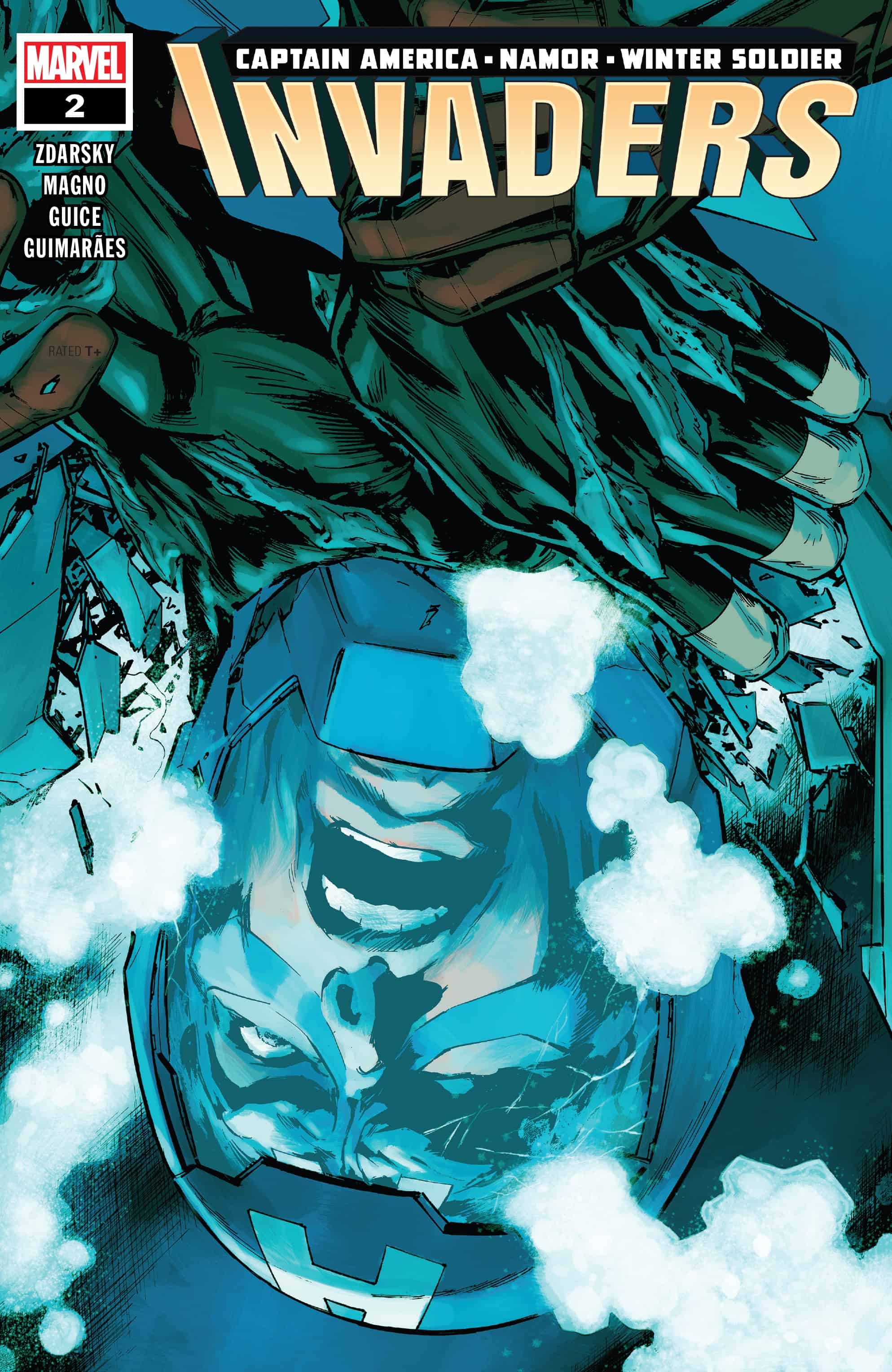 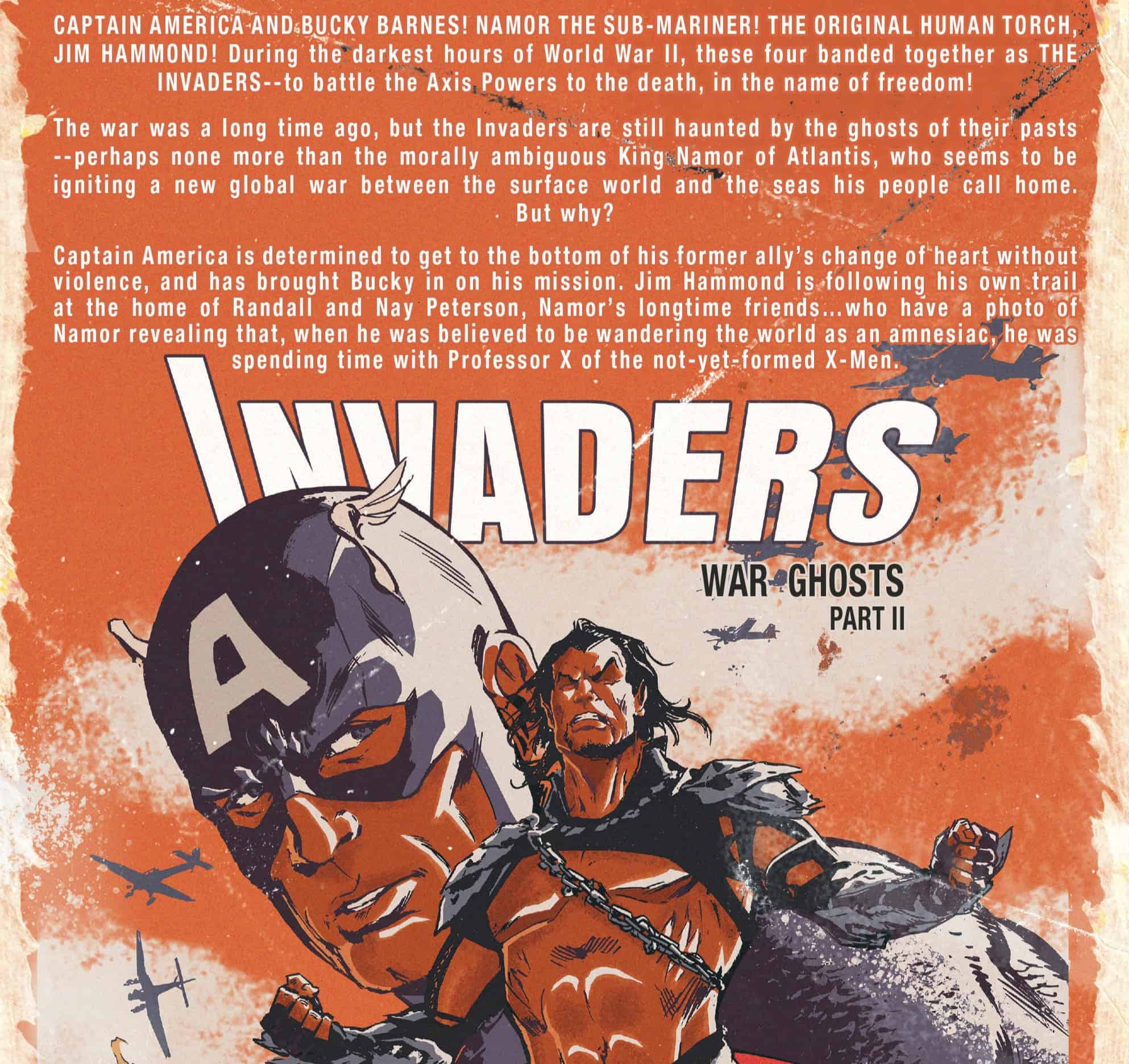 The story begun in Avengers #9 continues to unfold, I love the way Zdarsky is intertwining old and new with Namor’s friendship with Cap juxtaposed against his behavior now. I especially liked little things like “You only call me Captain when you know you’re doing something wrong” and the reveal of how Namor obtained his new water control abilities. Could these abilities be warping him? Hydro Man isn’t a nice guy maybe he’s imprinting more than powers on our good king? 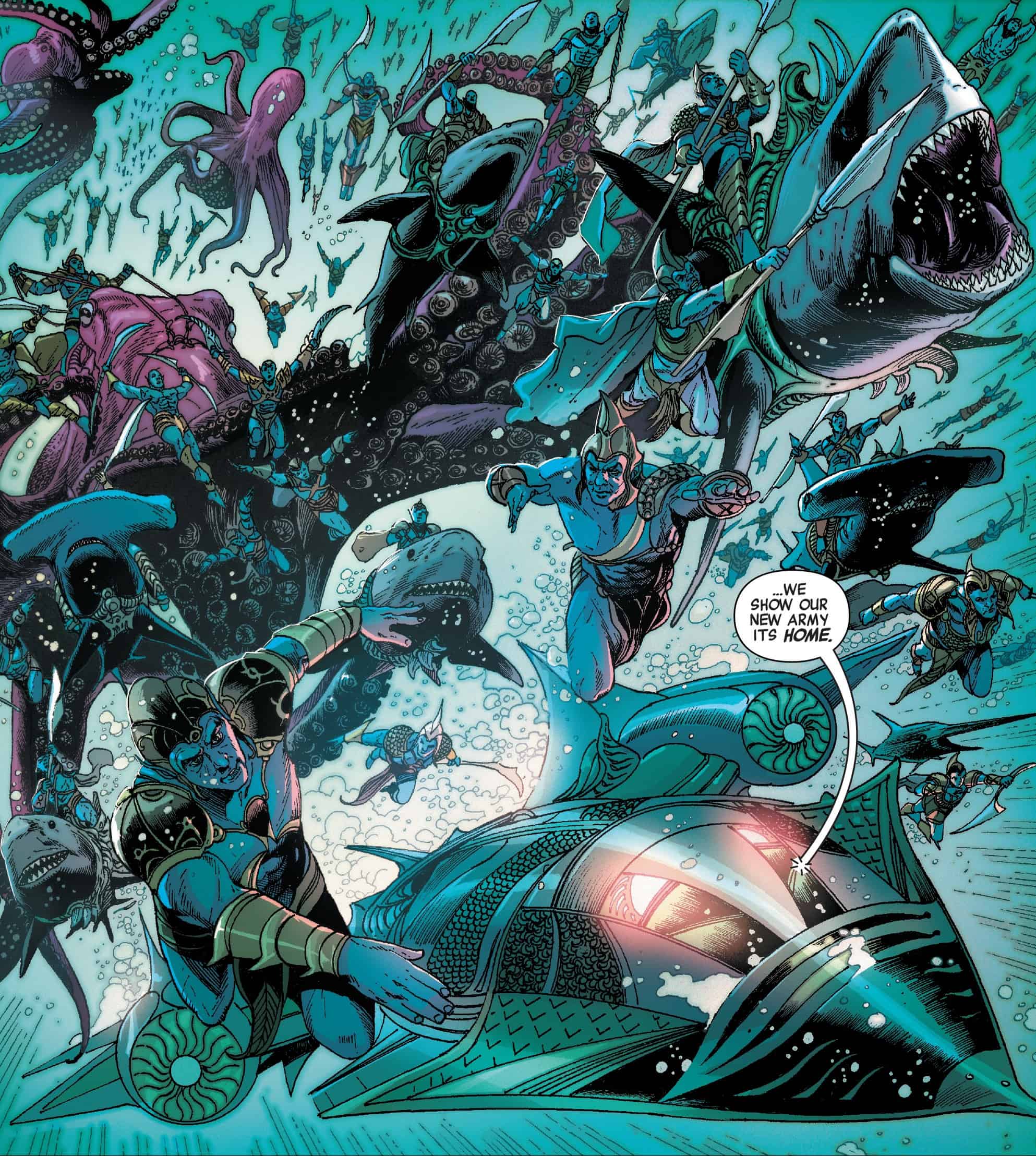 The pencil art by Carlos Magno, working with the phenomenal Butch Guice (who apes Kirby in a most satisfying way in flashback sequences) is amazingly detailed, especially in wider scope shots like Namor’s army on the move and a landscape shot of Atlantis. The action shots are noteworthy as well, really dynamic and interesting. My sole complaint is at times up close people’s faces get a bit sketchy, especially the Petersons for some reason. 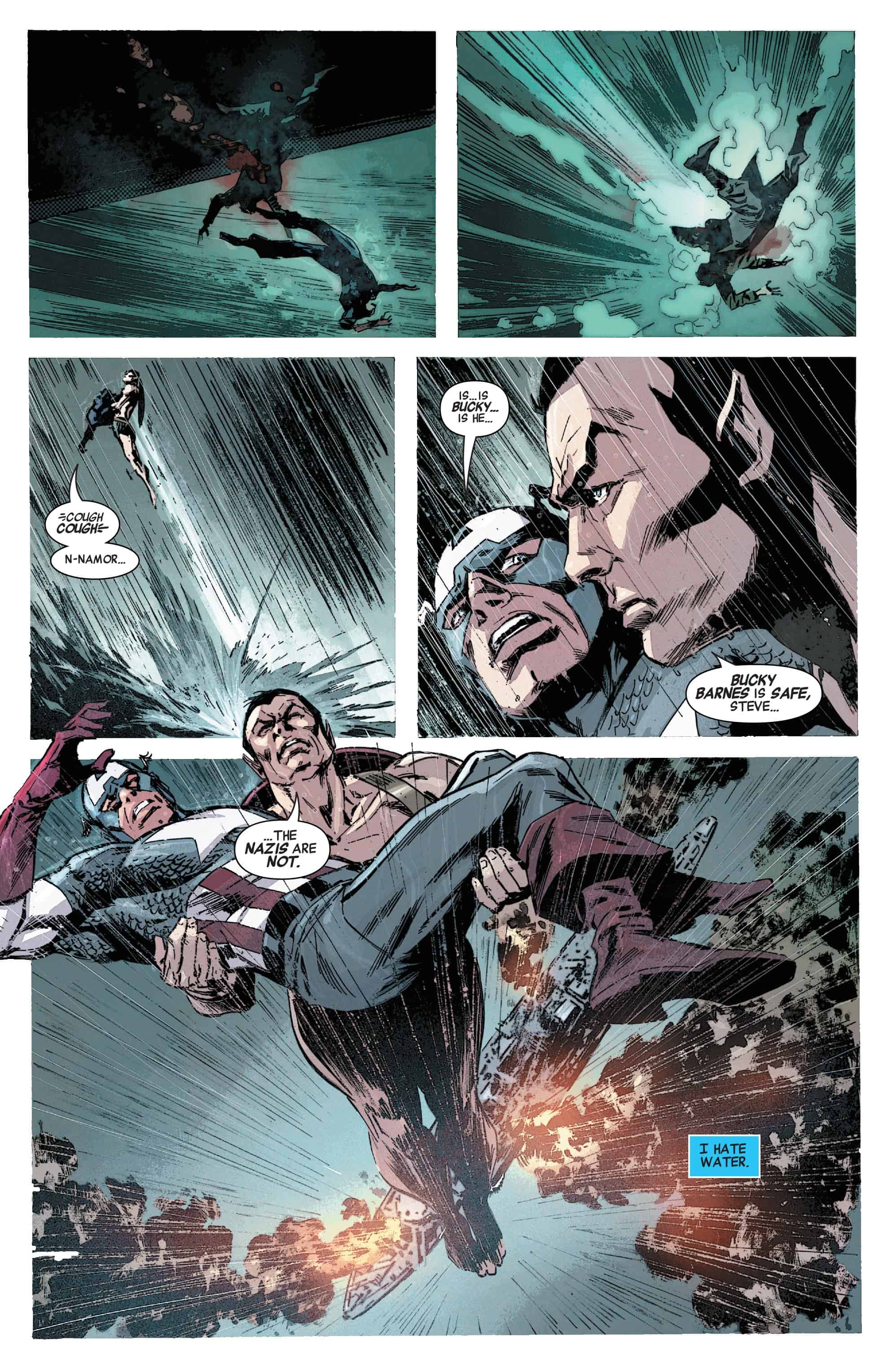 A really great mystery series that is surely going to be worth following.