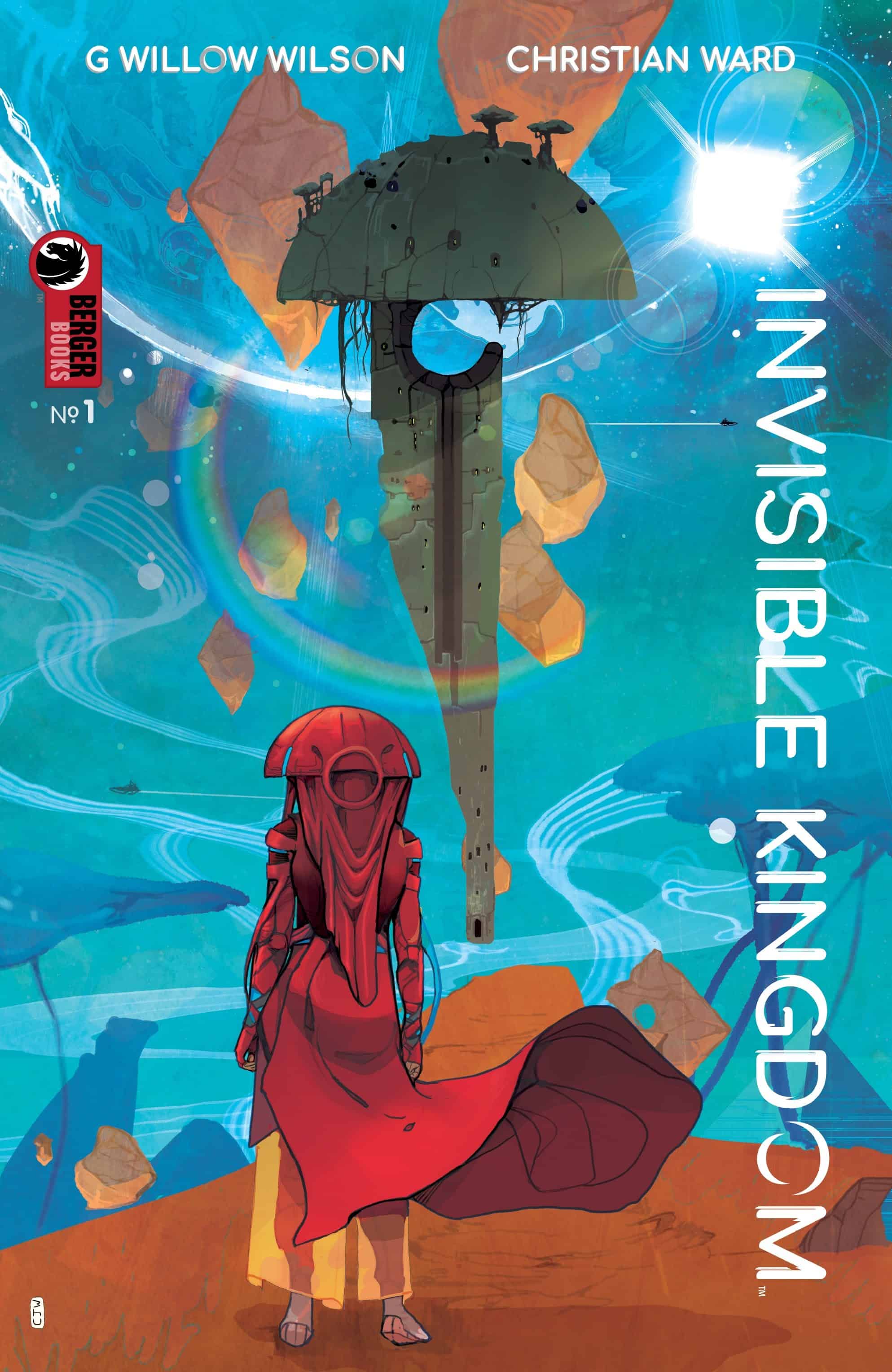 Set in a far-flung star system, this new epic sci-fi monthly saga tells the tale of two women--a young religious acolyte and a hard-bitten freighter pilot--who separately uncover a vast conspiracy between the leader of the system's dominant religion and the mega-corporation that controls society. On the run from reprisals on both sides, this unlikely pair of rebels risk plunging the world into anarchy if they reveal the truth.

But when your beliefs betray you, what choice is there left?

Religion collides with the corporate world in this breathtaking science fiction fantasy epic from G. Willow Wilson and Christian Ward! 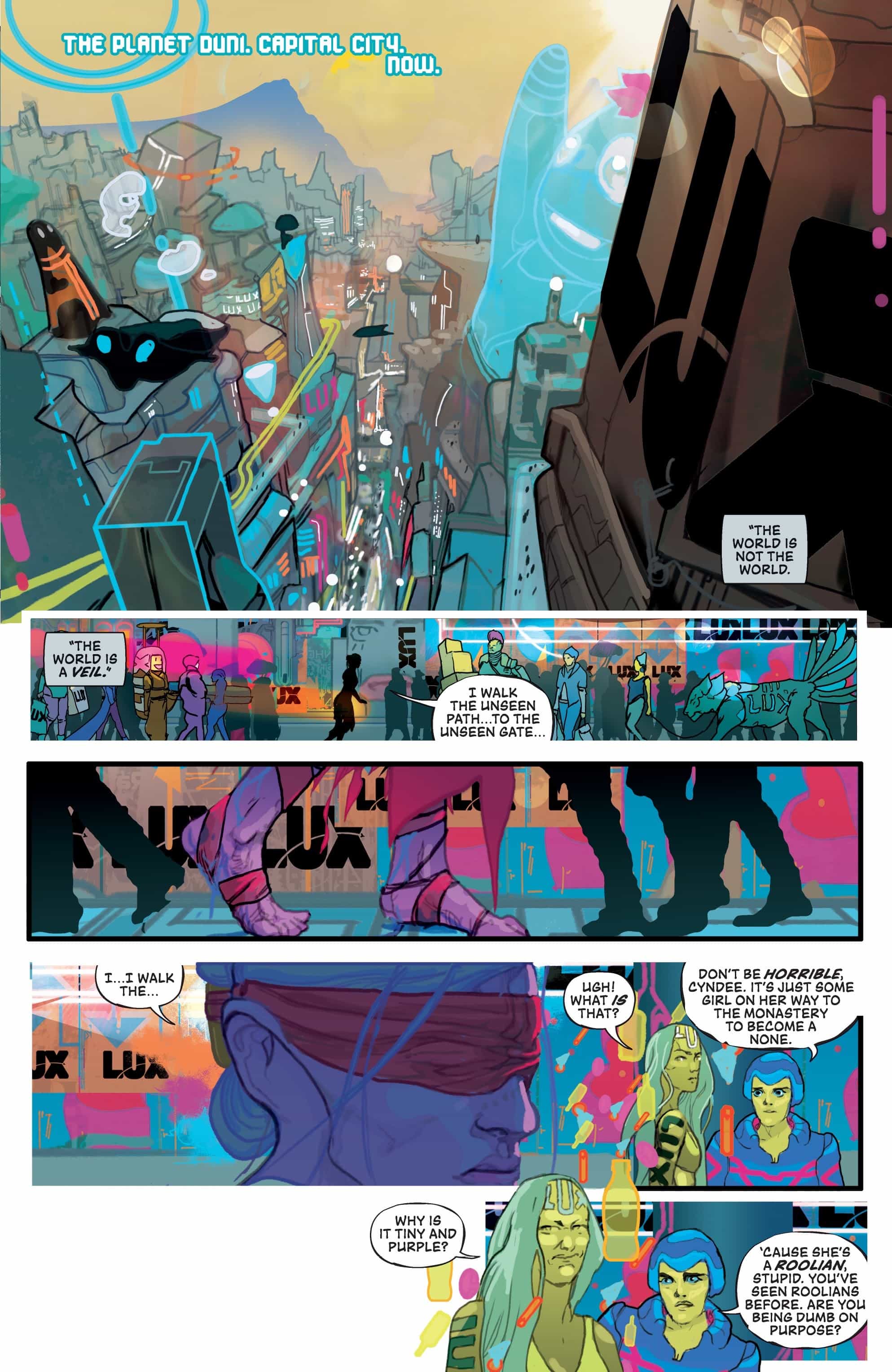 This is an undoubtedly ambitious story, laying the groundwork for some expansive storytelling in an incredibly detailed network of planets. It’s a narrative that continues growing through the entire first issue, building a world — and two women characters in particular — that represent seemingly opposite walks of life. It is in this apparent contradiction between the religion named ‘The Renunciation’ and a ruthless corporation called ‘Lux’ that we discover the core of this story.

A leap of faith.

Faith is a core aspect of the series, becoming uniquely relevant even in just the first issue. The two women main characters, Grix and Vess, are perfect examples of two completely different livelihoods and perspectives of life. This emphasizes the relatability of faith in the series and shows how it can be utilized in vastly different ways. As we learn more about these two characters and their individual struggles, a conspiracy begins to brew, linking the widely accepted religion and the ‘Lux’ corporation with unseemly affairs.

This issue does a lot of things right. Specifically, the introduction of each character and their contributions to building such a vibrant world help to create a truly interesting experience. It feels grand, well planned and definitely epic. However, stories with such an expansive scope can often get lost in the intricacies of developing so much at once. This issue suffers slightly from essentially trying to accomplish too much in the first issue. I can appreciate a story that encourages active participation when reading, but after so many narrative threads having been established, I’m just hoping the creative team can continue to deliver.

Overall, Invisible Kingdom #1 is a strong first entry that sets the stage for a story about faith and friendship among the stars. With brilliant artwork from Christian Ward and an intricate story from G. Willow Wilson, the first issue wastes no time in kicking off an interplanetary conspiracy agenda to explore the influences of both religion and business.

Invisible Kingdom #1 is a thought provoking and epic entry into a magnificent new world, but pacing issues unfortunately hinder it from truly shining.