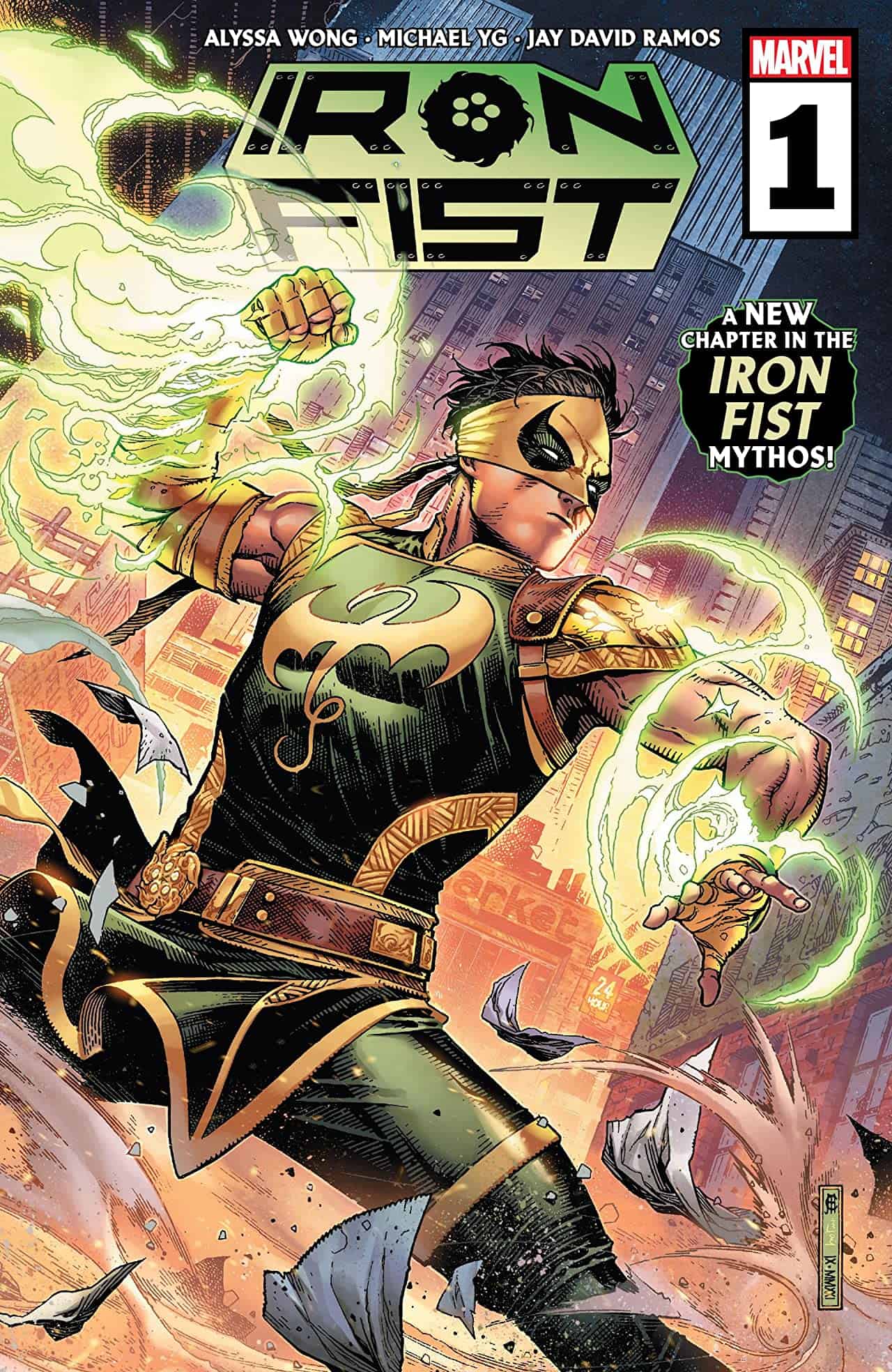 WHO IS THE NEW IRON FIST?! After giving up his power to save the world, DANNY RAND believes he's seen the last of the IRON FIST... ...But when DEMONS begin to attack cities around the world, a MYSTERIOUS NEWCOMER in a FAMILIAR MASK appears, hands blazing with the CHI OF SHOU-LAO THE UNDYING! Who is this NEW IRON FIST? And does his power really come from the DRAGON OF K'UN-LUN... Or from something far more sinister?

I know precious little about Iron Fist. I’ve watched a few episodes of the divisive Netflix series, and I’ve seen the hero here and there in various comics I’ve read over the years, but he’s never really drawn me in. I know he’s one of the best martial artists at Marvel, can punch things with a sort of mystical energy, and he’s a blond dude. Two out of three remain for this brand new series, but we are instead introduced to a new protagonist: Lin Lie.

I personally had no idea Lin Lie was a pre-existing character until I looked him up at the Marvel Database. And you know what? That’s okay, because this first issue gives you a complete overview of the character, his motivations, his personality, and the people in his life. After just the one issue, I felt like I got a good feel for Lin Lie. Alyssa Wong did a great job introducing the character for new readers like myself. 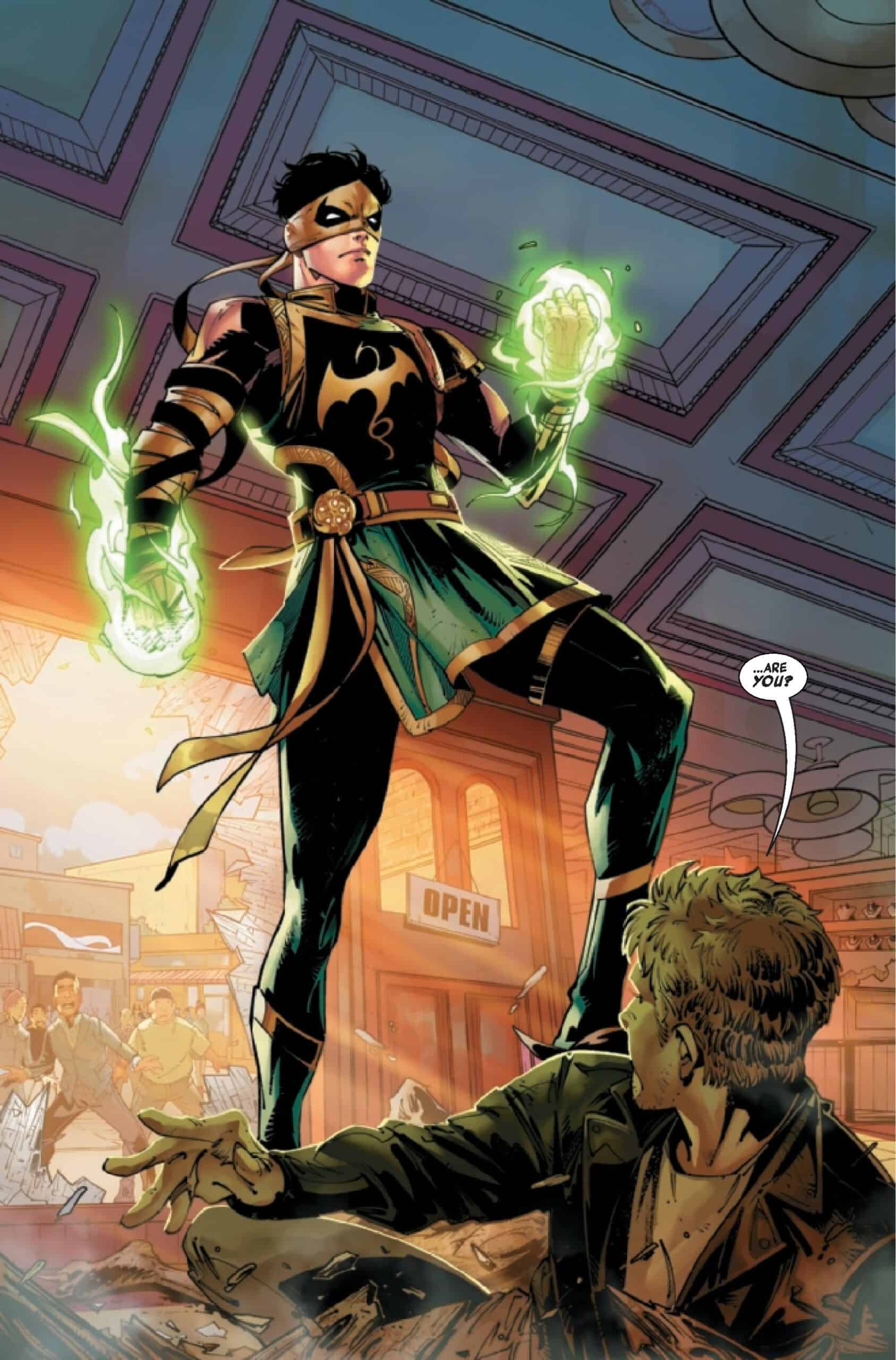 I’m very interested to know how longtime Iron Fist/Danny Rand fans feel about this change of point of view. It looks like Danny will be around for a while as a supporting character, but the shift of protagonists might not sit well with fans of his previous titles. It’s completely understandable, but I feel that Lin Lie has a lot of potential to offer some new and exciting perspectives for the Iron Fist brand. I’m also curious if the controversy around Danny Rand’s ethnicity and role as a master martial artist is partly responsible for Lin Lie taking over the mantle. We all remember the discourse during the Netflix show. Personally, I’m all for introducing new and diverse characters, and having more East Asian representation is always a good thing.

As for the story itself, there’s a great blend of action and exposition which kept my interest piqued. It also ends on a cliffhanger that brings in some great, creepy body horror. The art by Michael YG is quite good, and Lin Lie in particular radiates personality and expression. He also looks very modern while remaining very true to the Iron Fist name. Often, artists have a tendency to create some pretty lackluster designs for “replacement” heroes, but this design is strong and I can definitely see it sticking around.

Iron Fist #1 is a great introduction to Lin Lie as the titular hero. Even if you know nothing about the character (who first appeared in 2018), this issue will fill you in on the need-to-know details. While longtime fans of Danny Rand may be disappointed to see his title given to a new character, Rand continues to remain a prominent character. This series definitely has promise, and I'm excited to see more from Wong and YG.