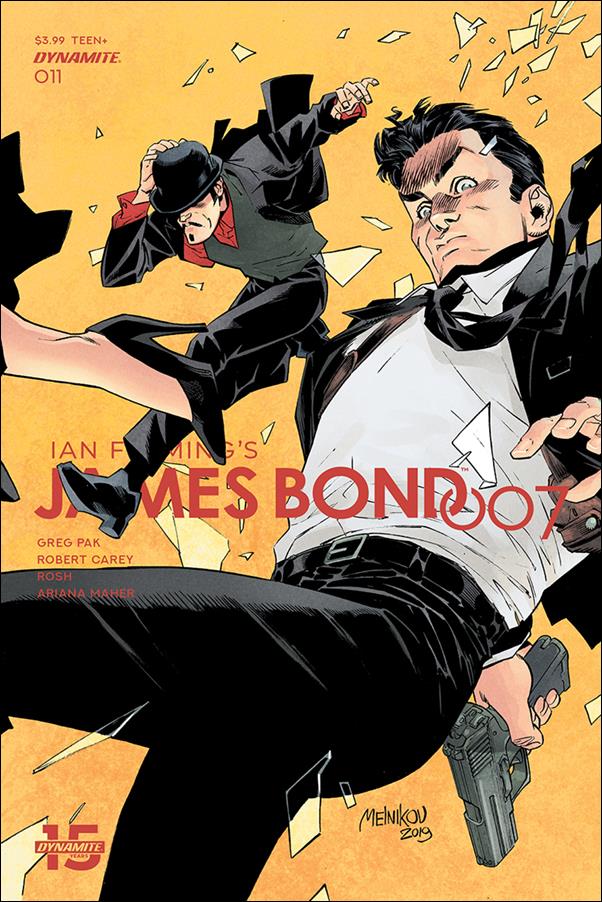 After escaping the mind control of Goldfinger, Bond and his two fellow spies stage a rescue/takedown of Goldfinger and his agents before they can take down an island that is populated with the worlds richest people.

In this issue Bond, Aria and Jack go on to the island of Olympitech, home to the world’s richest and most influential people involved with techno-currency where they try to stop Goldfinger and his henchmen from killing everyone living there,

Greg Pak, on this book, is super underrated, He directs a great Bond film that just happens to be showing at your local comic store. Pak does an excellent job of making Bond deliver his trademark quips even when he’s scared that he might fall back under the control of Goldfinger and brain implants. This isn’t a watered-down version of a Bond adventure, it’s got all the intelligence of a real Bond movie and all the fun of a comic book,

Robert Carey is the slamdunk to Pak’s alley-oop. From the first page to the shocking last page, he supplies some great art in this issue, I suspect that Pak gave him a lot of leeway with the script, because there’s some very effective pages that feature little to no dialogue. Carey also does a great job of making the characters look the way they’re supposed to without making them look like the actors that portrayed them. Sometimes in licensed books, you get distracted by an artist aping a publicity shot, but not here. Carey is first and foremost a storyteller, he just happens to be working on a comic about the world’s most famous spy,

This is a great beginning to the third-act of this storyline, loads of action, great Bond dialogue, everything that you'd want in a James Bond comic, Definitely worth the price of admission,