Jane Foster & The Mighty Thor #5: The End is at Hand 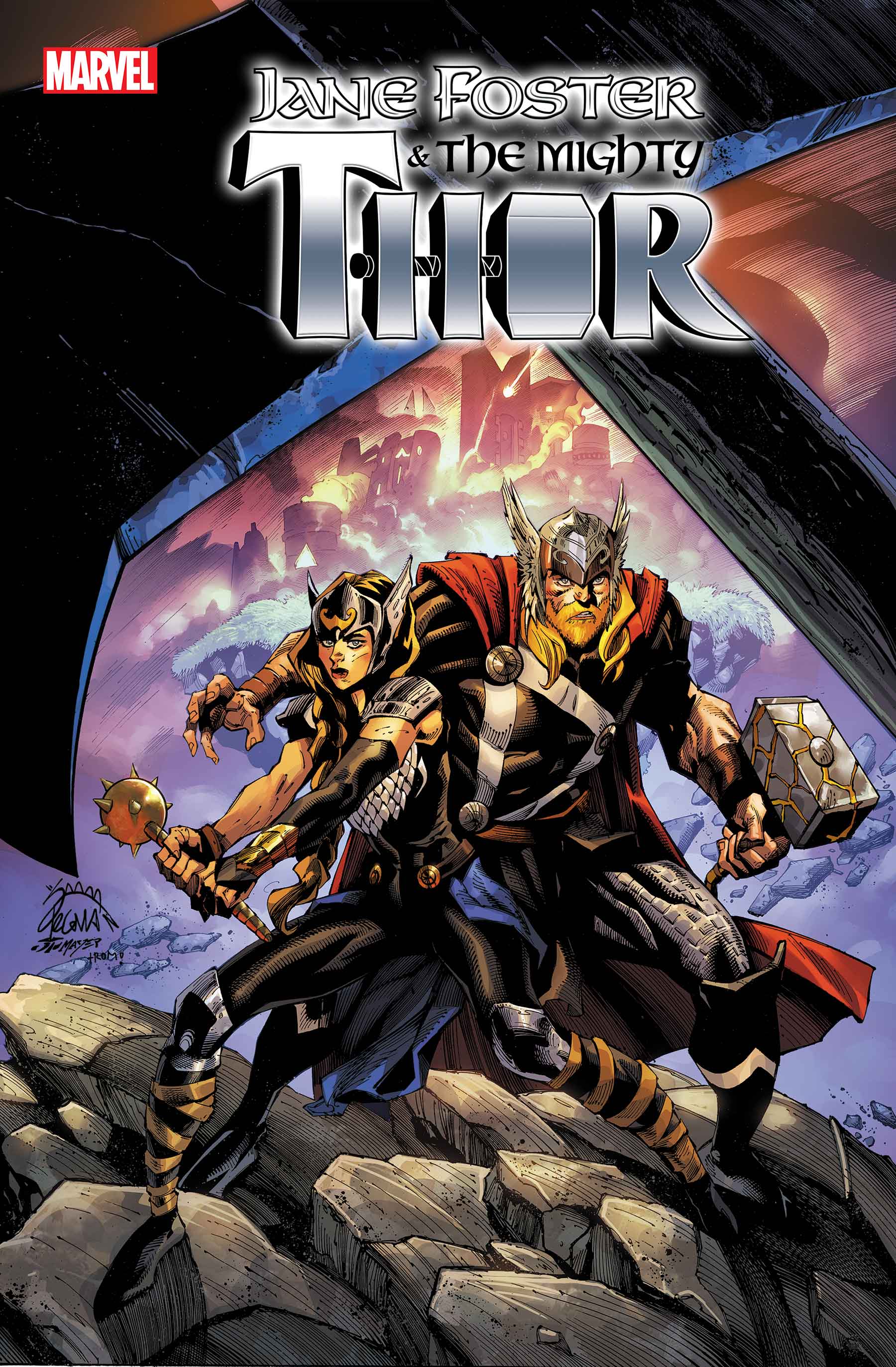 After an emotional reunion, Jane Foster and the mighty Thor pieced together the mysteries of the twisting and winding world around them -- they have been ensnared in Liveworld, the realm of nightmares puppeteered by Dreamqueen. In Asgard, Runa, Sif, and Beta Ray Bill continued to fight off the invasion, but their odds went from bad to worse when Tyr Odinson summoned the Disir, a foe whose very name strikes fear into the heart of Asgardians. And as the invading armies dedicated their battle to the God of War, Ares himself appeared on the scene...

While Jane Foster & The Mighty Thor remains one of the best Thor comics in years, its finale reveals some flaws alongside its victories. Torunn Grønbekk’s decision to use a grand total of seven villains/group antagonists (Enchantress, Dreamqueen, Sym, Algrim and the Dark Elves, Tyr, the Dísir, and Ares – and his army) was an effective technique for raising the stakes. However, the general lack of exposition in regards to the series’ antagonists and their motivations leaves the series feeling reminiscent of Adult Swim’s “Too Many Cooks” comedy short. Dreamqueen, specifically, hasn’t featured in a comic since Alpha Flight #130 in the mid-1990s, meaning readers are unlikely to know either why she’s involved or who she is. The question of when this series is set in relation to the main Thor series is also never resolved. Hopefully, antagonists in Grønbekk’s future work will have more depth to be a match for her complex and heartfelt heroes. Although the finale is muddled by “Too Many Villains” (whereas a comic event might be able to spread things out over more issues and titles), the emotional core of the comic – focusing on battle not just as itself but as metaphor – remains satisfying. 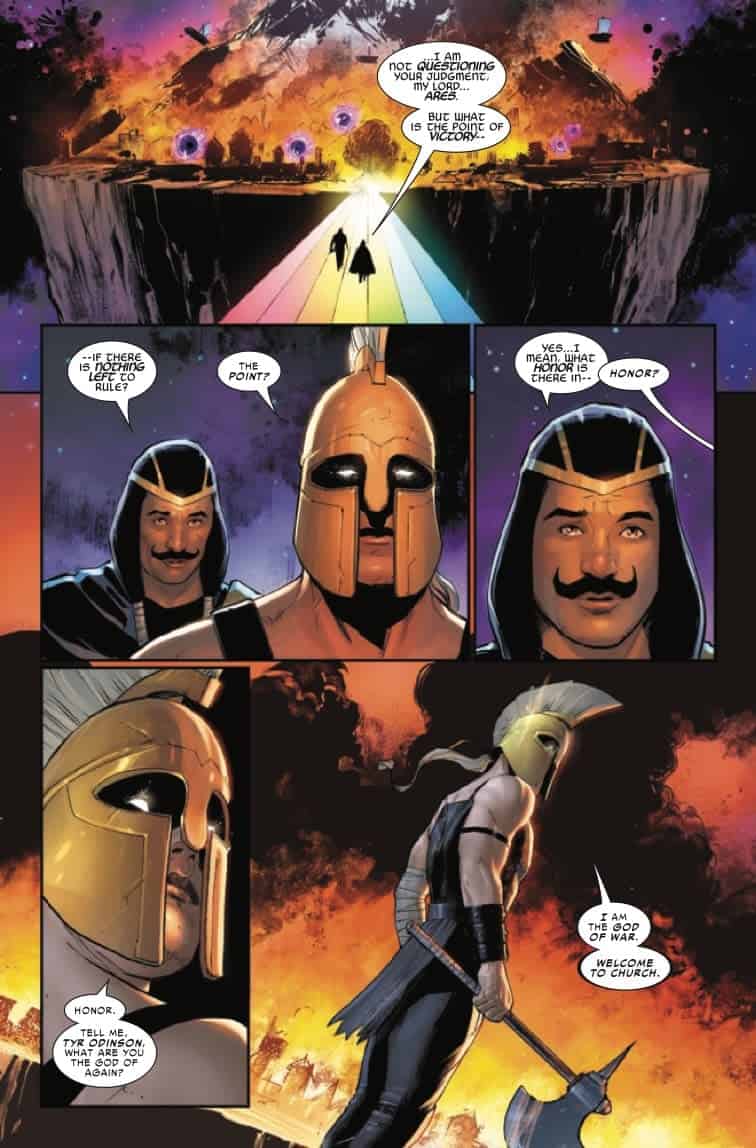 Artistically, Michael Dowling offers plenty of emotive and action-packed artwork, give or take an unintentionally awkward expression or two and a few panels that feel under-detailed. The comic notably has two colorists, adding Erick Arciniega alongside Jesus Aburtov. Because most of the issue’s pages feel fully rendered and dramatically lit, the occasional places that aren’t feel rather flat. Luckily, Dowling and both colorists deliver in the final battle scenes where it matters most. 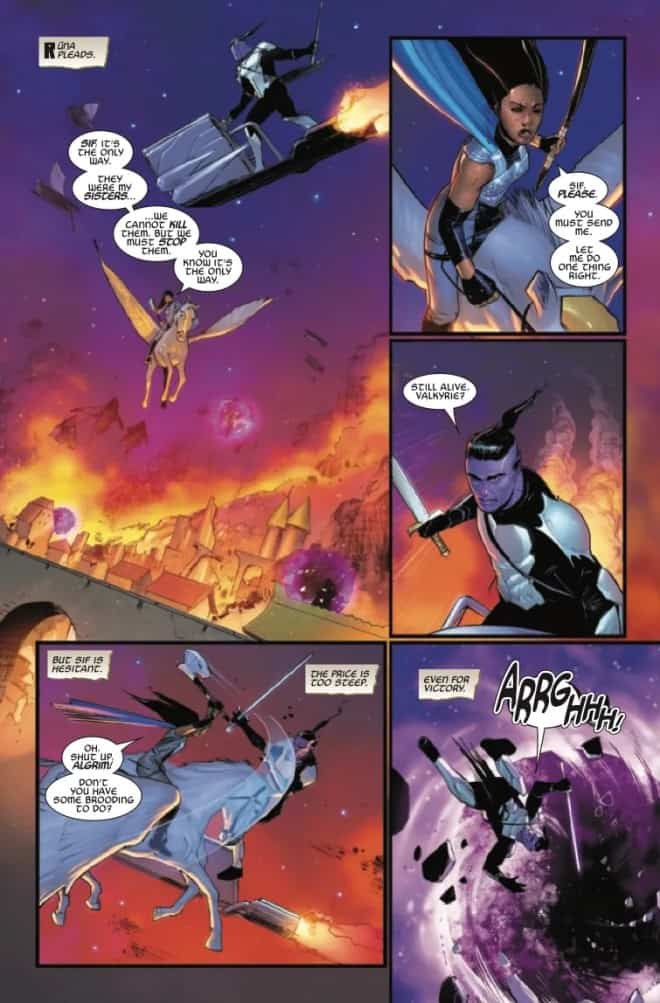 Jane Foster & The Mighty Thor #5 is an action-packed and overcrowded ending that under-delivers on exposition but is nonetheless poignant. While this series may not nail the landing, it's still one of the best Thor comics in years.

Jane Foster & The Mighty Thor #5: The End is at Hand