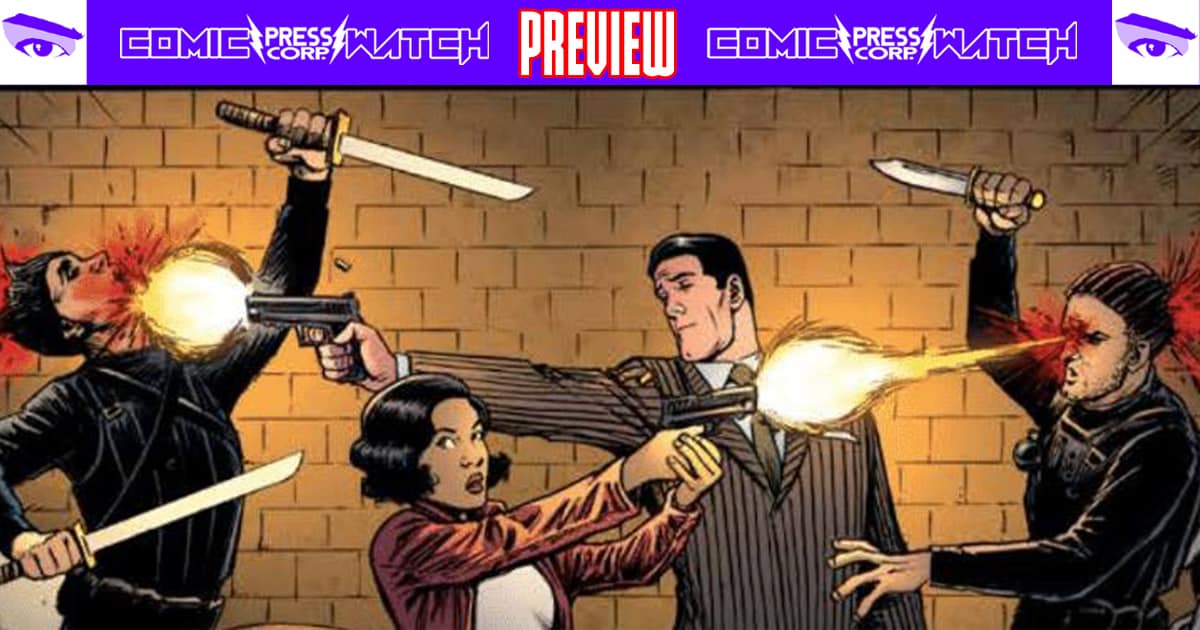 A highly acclaimed title from the writer of The Boys and Preacher, Jimmy’s Bastards is about a British superspy with a license to kill and beautiful women falling at his feet! Unfortunately there is a downside to years of debauchery and it’s knocking on his door! 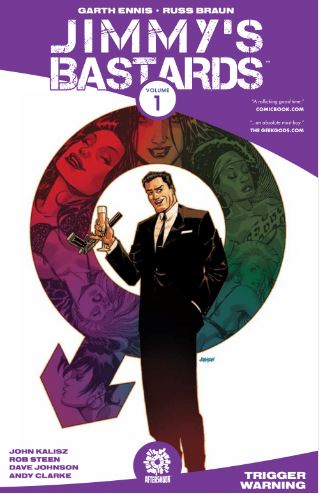 “Jimmy Regent, Britain’s number one super-spy, has got it all: intrigue, adventure, a license to shoot whoever he likes and beautiful women falling at his feet. He also has a new partner who isn’t quite as impressed by Jimmy as all other women appear to be. Now, there’s a price to pay for Jimmy’s multiple romantic conquests — the results of which are about to come calling in the worst possible way…”
-Aftershock PR 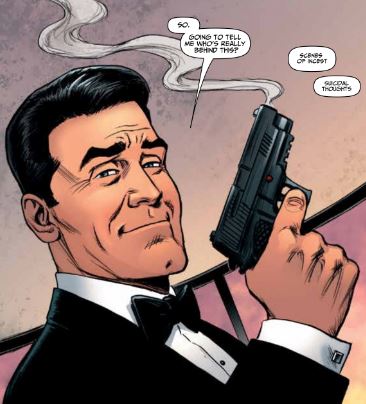 We open inside an airship restaurant under attack, with the title character shooting a terrorist in the crotch (this is an Ennis book after all) he takes about half a second to ask for info when no one responds he guns them all down without a second thought. As he evacuates the passengers he hears a familiar voice, Theophilus Trigger, yelling offensive stuff at the top of his voice in the interest of upsetting people or something. Regent is unimpressed and knocks him out unceremoniously, he rounds the corner and finds a pretty disturbing evil brain clown ape (seriously, Ennis book, be ready for stuff like this) I’m gonna let you discover for yourself, because damn, it’s a bit rough.

Jimmy bails out into a waiting chopper as the airship dumps into the Thames (big river, runs through London) and exchanges a string of metaphors that would make James Bond blush with the busty pilot. 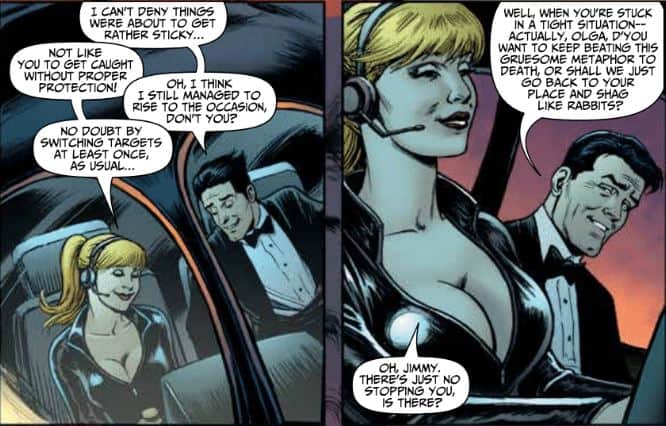 The next day Jimmy is back at HQ talking with a man named Mr. Thump, who makes gadgets it seems. He shows Jimmy a couple, which he doesn’t seem too impressed with, evoking memories of half of the Gadgets Q showed Bond that never saw the light of day.
AS they look at gadgets Thump tells Jimmy his pilot (the busty blond from the chopper) has been reassigned due to her attachment to him, Jimmy is disappointed, until he meets his new partner, who isn’t nearly as excited to meet him, Nancy seems like a nonstarter for the Lothario, and surprisingly he respects her boundaries for the most part (unless that’s part of his act)

There is a brief interlude of a sexual nature, that I find vaguely hilarious but you really ought to see for yourself.

We cut to several hooded figures walking through a cathedral, they open a door and there are dozens more dressed the same, through a hilarious line of dialogue it comes out the reason they are gathered is to gain revenge on one man, the man who left, the man who neglected them, their shared father, JIMMY REGENT! 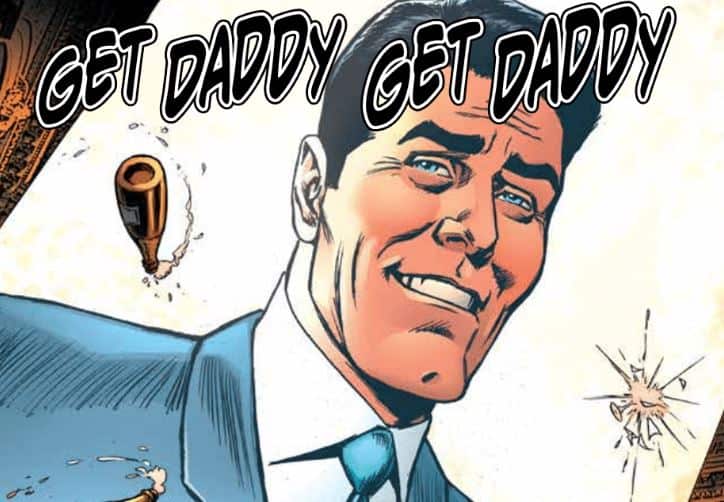 That’s the end of chapter one if you’re a fan of Ennis buy this book! Out Valentine’s Day, hilariously!

Holy crap this book is rad if I hadn’t just binged the Boys and Punisher MAX I wouldn’t have been ready for this, which honestly isn’t horrendously offensive as far as Ennis books go. The opening with the terrorists was typically gory for Ennis, and the idea of a Bond-style secret agent’s dozens of illegitimate children coming after him is hilarious!

As charismatic as Jimmy is, Nancy is a delight in the way that she doesn’t seem affected in the least by Jimmy’s ridiculous behavior. Kind of a Friday and Streebeck situation, the greatest law enforcement combo of all time! Not to mention their teamwork in all situations is flawless, there’s a firefight in issue 3 that is so well coordinated, it’s awesome. She’s also pretty quick on her feet when it comes to thinking, a great counterpoint to the fast-talking superspy. 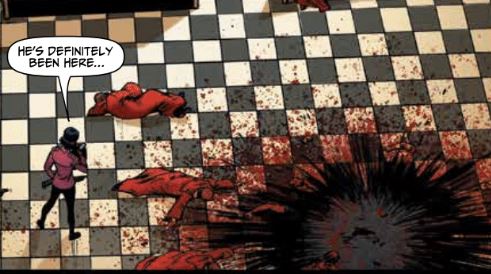 It should also be mentioned that the art is pretty killer from frequent Ennis collaborator Russ Braun, gory when it needs to be, and appropriately vulgar! No surprise from the artist behind the Boys.

Man, this book is gonna be big, I can already tell. Coming from a big name like Garth Ennis it’s gonna turn some heads. If you’re at all a fan of his work pick this book up 2/14/2018! This book is a delight!